1.5 Mn Visitors, 8K Sellers, 11% M-o-M Growth: How Indiamart’s Tolexo Went From Matchmaking For Businesses To Transacting For Them

1.5 Mn Visitors, 8K Sellers, 11% M-o-M Growth: How Indiamart’s Tolexo Went From Matchmaking For Businesses To Transacting For Them What does a nearly two-decade-old, traditionally-run, industrial business and a B2B ecommerce startup have in common?

In the case of IndiaMART’s Tolexo, as it turns out, everything.

IndiaMART has been in the industrial goods game for a good, long time now. Established in 1996 by Dinesh Agarwal and Brijesh Agrawal, it helped small and medium-sized businesses (SMBs) discover each other for conducting transactions with each other.

“You could call us classifieds for businesses, with a focus on industry-related items that were sold on the platform,” says Brijesh. In essence, the company was a classifieds platform where ads were placed for requirements/demands in categories such as safety tools and kits, power tools, engineering tools. These ads were then answered by vendors who either fulfilled the orders or not.

Almost two decades later, in 2012-2013, the company’s clients which included those from the F&B sector, manufacturing sectors, started clamouring for a change. “There were two broad questions that we were trying to answer on the platform,” shares Brijesh.

“The first was the price of goods – was it fair, equivalent to market rate, did it meet the quality of the goods to be delivered? This was an important part of the equation that we were trying to solve.”

The other broad question was – dealer/supplier trust issues.

As a classifieds platform, IndiaMART was only the interface on which supply and demand met each other. The hows, whys, and what of the actual transaction, when the ad gets answered, was wholly up to the vendor (dealer/supplier) of the goods and the luck of the client dealing with that particular vendor.

“Our brand is big on trust and our clients have always expected stellar quality and customer satisfaction from us,” says Brijesh. Transparency regarding vendors was a key pain point for the company. “The dealers and suppliers on the classifieds platform could be just about anyone and we had no control over the transactions. These trust issues needed to be addressed,” he adds.

It took more than a year of R&D to nail down the specifics, but Tolexo – B2B ecommerce platform and a separate business vertical of IndiaMART – was finally launched in January 2015 in Noida.

Tolexo: From Matchmaking For Businesses To Transacting For Them

“The theory behind the vertical was simple. We wanted to build an online 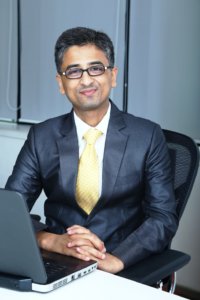 space where we could provide value add to the vendors and buyer by mediating on transactions. We could also facilitate the whole process by having it take place on a single platform, thereby closing transactions from start to finish,” says the founder and CEO of the new startup.

The way Brijesh explains it: the buyers on the platform do not have to worry about transaction-related issues such as payment of goods, deliveries, transaction modes etc. And the vendors who would previously use the platform just to generate leads for their own businesses now had an additional reason to stick around – they could use the platform for actual deals.

By taking away the pain points experienced on either side, the platform was able to increase the vested interest in it for all the concerned parties and ensure unit economics.

The only reason Tolexo was able to successfully spin off from a traditionally-run organisation to an online portal for industrial goods was because of the immense customer base it had already generated. Added to that was the almost two decades of insider knowledge of SMBs and the supply-demand dynamics driving them that the founders had amassed since the operation.

Founded by Brijesh along with Prashanth Chauhan, Tolexo is supported by a strong team of 325 members with a presence in Noida, Mumbai, Ahmedabad, and Chennai. As Brijesh says, “We are present in the cities and markets where we believe penetration is still not at peak level. And our focus still remains on the business-centric cities.” 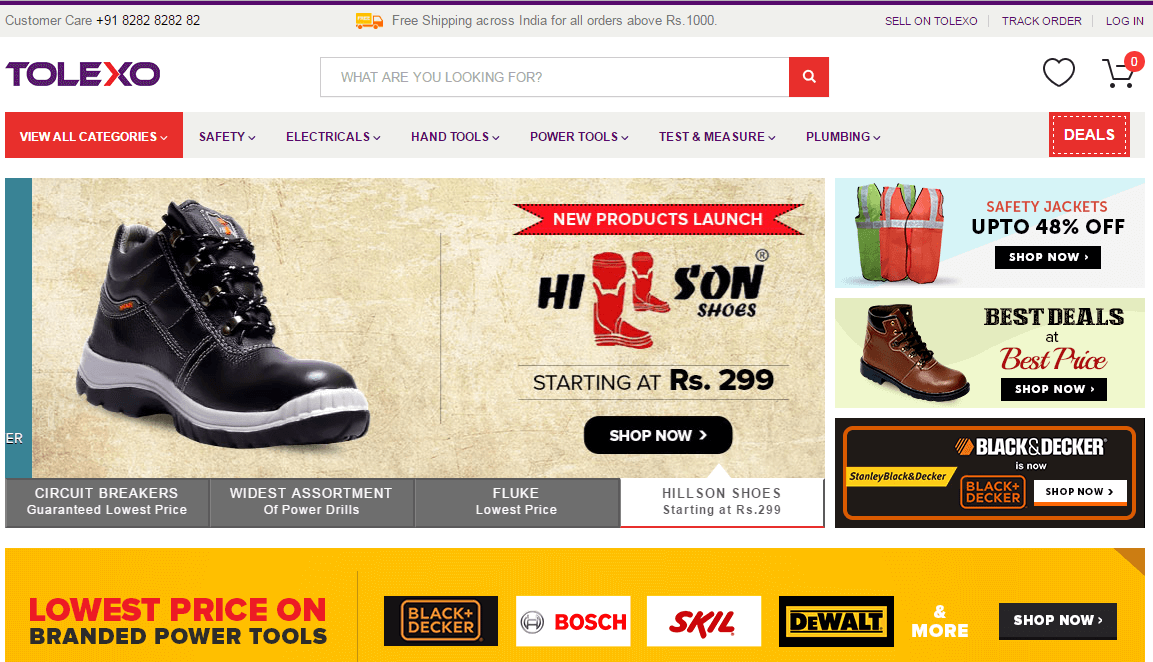 The platform works like most other ecommerce platforms. Once an order is placed, and a payment mode is rendered, Tolexo mobilises third-party logistics providers such as Blue Dart, Delhivery, Fed Ex (depending on region) to pick up the goods from the warehouses which are either location-specific in case of specialised goods from particular vendors or in-house warehouses, and the item gets delivered to the user in the stipulated time. It is available on all platforms website, mobile and Android and iOs.

The company also has an onsite customer care centre based in Noida that caters to user issues related to pricing, goods availability, transaction history etc.

As claimed by the founders, within just two years of operations, the platform has achieved 11% M-o-M growth with the average ticket size being anywhere between INR 500 – INR 2 Lakhs.

Revenue for Tolexo mainly comes from three streams i.e – a marketing fee from sellers for displaying products, and order-handling (covering logistics). From the customers, it charges a shipping fee for delivering the order.

Recently, Tolexo has begun a credit-based payments system, where larger, reputed clients can avail as many orders during the month as they want, and pay for the same on a prefixed date.

With 8K active sellers present on the platform, as claimed by Brijesh, and 1.5 Mn unique visitors every month, Tolexo’s growth is steady and sustainable enough to believe in the ecommerce business model.

“We Do A Better Job Than Our Competitors”

The ecommerce scenario in India has been a case of inflated valuations adjusted to realistic ones, and the companies favouring customer acquisition over retention. Even B2C unicorns such as Flipkart and Snapdeal have had a hard time in turning a profit. B2B ecommerce is a relatively unexplored market, but a Walmart report has stated that the market is estimated to reach $700 Mn by 2020.

Not to mention, Amazon’s wholesale business arm AmazonBusiness, which recently received a shot in the arm with $17 Mn in funding in September 2016. Chinese ecommerce giant Alibaba too turned its eye upon the Indian market with the launch of SMILE in December 2015 – a platform to connect Indian SMEs to access global businesses.

So how does a relatively new entrant like Tolexo deal with the changes in the evolving ecosystem?

“Simple. We do a better job that our competitors,” Brijesh says. When prompted to elaborate on the rather arrogant claim, he says,

“Our product assortment across categories stands at about 1 Mn+ at the moment. Apart from materials such as cement, iron and heavy duty manufacturing products, we offer everything that a small- and medium-sized business can need. Plus, running a successful business is just about managing customer satisfaction. Our order fulfillment rate is 98%, which being a business marketplace places us miles ahead of our competitors.”

And then there is the NPS. The NPS or Net Promoter Score is the unit of measurement used by customers to rate a business on several aspects such as – most ecommerce businesses in India, both B2C and B2B, are barely managing a 15-20 score. Amazon.com has an NPS score of 47. “Our NPS score is in the high 20s. Our main motto is that a happy customer leads to great business and that is evident in the way our users rate us,” says Brijesh.

But being in the high 20s is not enough for Brijesh and the team at Tolexo. One of their immediate goals is to reach an NPS of 50 in the next six months, beating that of Amazon.com’s.

“It’s all about growth, growth, growth,” Brijesh says when asked about future plans. “We’d like to maintain our M-o-M for the next one year as we think about expanding and capturing market shares in other Tier I, II, III, IV cities,” he adds.

With such solid, scalable goals the future seems more robust than not for Tolexo.

The B2B ecommerce business in India is expected to reach $700 Mn by 2020. And with contenders such as Tolexo, Industrybuying, AmazonBusiness being in short supply, the opportunity for growth and gaining a lion’s share of the market is a plausible notion. Tolexo certainly seems to be on the right route with a business model based on customer-satisfaction while addressing unit economics at the same time, and growing in a steady manner instead of everywhere, all at once.

But with the GST coming into play and heavily affecting manufacturers and manufacturing goods as well as inter-state logistics, it remains to be seen how Tolexo and its ilk will handle the speed bumps on their way to trying to achieve the magical ‘unicorn’ status.