The Inside Story of Eventifier : When they started

The Inside Story of Eventifier : When they started 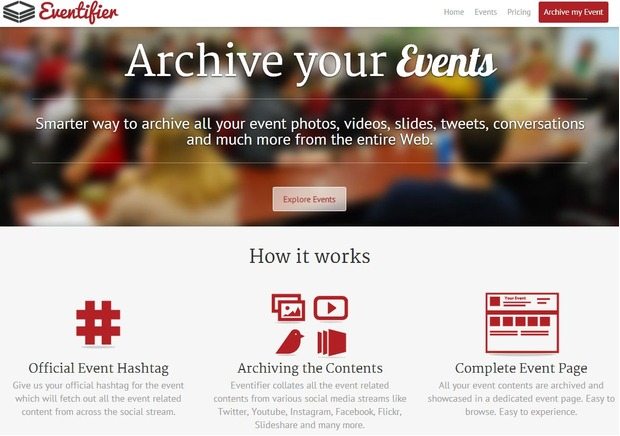 When We first met them, they were these three scrawny (they still are) boys with dreams in their eyes and clearly uncomfortable in a city that was alien to them. They hesitated before every word they spoke and they were cautious and trying hard not to say the wrong thing.

It was one of the editions of In50hrs in Chennai. They pitched an idea. It wasn’t bad, but not one that you would want to build a startup around. As one of the mentors who was around, I let them know that. When I came back, they had a new idea on their mind, and this time they had associated it with the things we were talking about. “Solve a real problem” – seems to have resonated with them.

Truth be told, it was one of the smallest In50hrs we had done in Chennai. But that edition churned quite a few startups – including Huntshire. They built the prototype – and if you see their current site, you wouldn’t believe that it was even the same product. But it got the point across and we could see what was going on in their mind.

Fast forward 8-10 months later and they had paying customers across the globe. It took us all a bit of effort to teach a group of inexperienced entrepreneurs how to sell to enterprises, but not knowing what failure means, meant that they dared a lot more than experienced folks would dare to. That was their secret.

They raised a small round of funding back then from KAE Capital. Hats off to Sasha Mirchandani for betting on them. That’s a true angel by definition – he trusted me on my word that this was a backable team.

Now with clients such as NASA, Startup Weekend, Clinton Foundation, WWW etc, they are closing their seed round from Accel Partners and KAE Capital.

This team has a long way to go, but they have started off right. Who said you had to jet set all around the world in order to build a global company? They have 2000 customers so far using their product, each and every one of them acquired sitting right here in India. They just needed the right nudge.

It’s amazing to think that it all started over a weekend. Here’s to Eventifier!

Kudos on their Techcrunch Moment.