The gazeMetrix Story: From An App To An IPL To An Acquisition

The gazeMetrix Story: From An App To An IPL To An Acquisition

Last week, Bangalore-based image recognition and visual listening platform, gazeMetrix, was acquired by Toronto-based social intelligence company Sysomos. Co-founded by Deobrat Singh, Saurabh Paruthi and Debayan Banerjee in 2012, gazeMetrix, is a platform which enables brands to know when and where their brand was photographed across social media. The idea to launch gazeMetrix was triggered while watching an IPL match, and at that time, the team had no idea that it would develop into such an exciting product which will get finally get acquired by Sysomos.

It all started with a weekend in Delhi….

Deobrat recalls fondly the weekend they built this app which enables a user to download other apps. All one had to do was take a picture of all the apps one wanted to download, say by clicking a picture of all the apps on the phone of a friend, and the app would recognize all the apps in that picture and download them. Though the team polished the product quite a bit, but it could not garner much traction. Inspite of low downloads of the app, the team still managed to raise seed funding to the tune of $40k from angel investors. These angel investors were no one else but bosses in their respective companies who merely invested in the idea. The team so as to say had no model in place, but it was one investment they garnered even without having to make a formal presentation. Such was the power of the underlying idea! It would be the technology they would later apply to build gazeMetrix, triggered by an IPL match!

It was the IPL season of March-April 2012 which triggered the real push for gazeMetrix. While watching one of those matches, Deobrat realised that brands pumped in a lot of money by putting their logos on the players’ helmets, uniforms and so many other goodies. He wondered if they have a way to figure out the ROI from these. His search led him to a company called TAM Media Research, which detailed these metrics on their website as to which brand had how much visibility in a particular match. Deobrat decided to pitch his technology to TAM. One call at the reception, and a meeting was fixed with the head of analytics.  He told her that they had a software product which did the same-measuring visibility. She asked the team to give a demo! Of course given the fact that they only had the technology with them at that moment and not the actual product, the team set out to develop the product in a week’s time. The company loved the product and started a pilot with it, this was a beginning of  gazeMetrix’s journey.

During this time, the team also participated in the startup event Unpluggd held at Bangalore, where the product received a favourable reception. It also managed to garner the attention of some VCs. By that time, the team had exhausted much of their seed funding, with only about $1,200 (INR80k) left in the bank, and the flight tickets to Bangalore costing them another $300 (INR20k). However as luck would have it, they evoked the interest of the accelerator 500 Startups. The team though had been approached by other investors as well, but they decided to sign a term sheet with 500 Startups as it offered them a chance of gathering global exposure. The team got to spend 6-7 months in the Silicon Valley and honed their product over a period of one year.

While the team fine-tuned the product, they realized that TV analytics was a tough space to break into. Brands were not ready to buy data from anyone except Nielsen. That was also the time when Instagram was getting popular. While analytics firms were focusing more on the text in the photos, but they were not paying attention to the photos itself. The team decided to run a pilot on this. Using gazeMetrix, they searched for Starbucks photos in Twitter images. The search resulted in about 9,000 photos. Similarly, they ran pilots for other consumer brands such as Coke and Nike, and came up with results running in thousands. This clearly showed that people were taking a lot of pictures of brands which the brands would want to know about. There in the lay the validation and a huge opportunity for gazeMetrix. 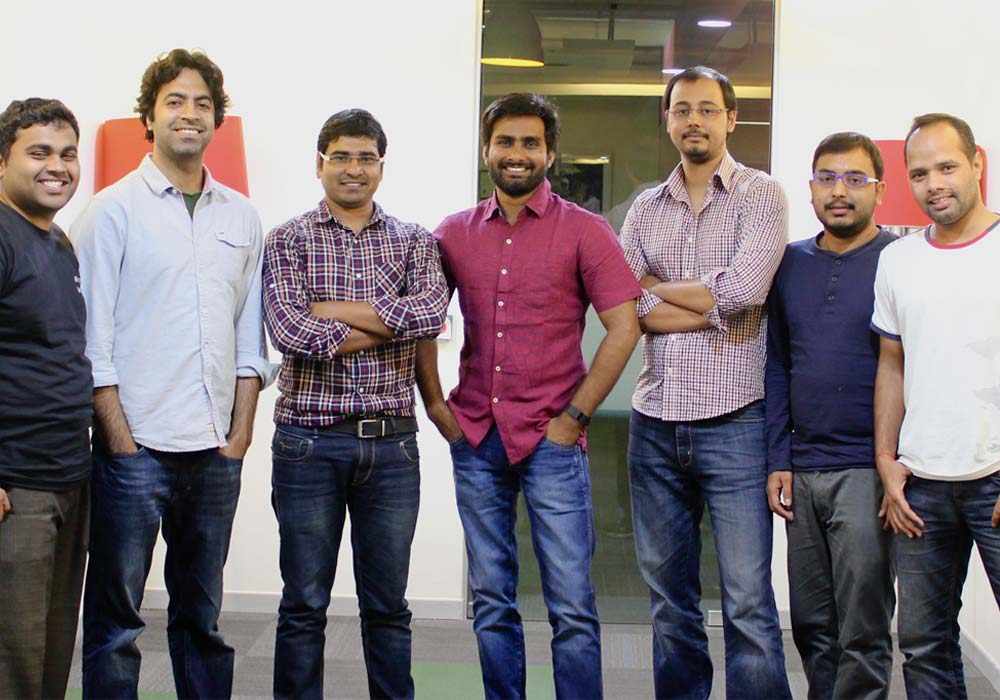 However, it was not easy tap this opportunity given their limited experience with ad technology. While they garnered publicity with their concept and got featured in Forbes and Ad Age, and a lot of brands showed interest in their product. However with no one in the team having an experience in ad-tech, aligning the product’s usefulness with the ways brands worked was not easy. Also, the product itself was not fine-tuned enough. For it to become big, the team needed to understand how brands worked. So the team started working closely with people who signed up on their site initially, gradually honing the product and developing a proprietary virality detection method.

The team’s first contract finally materialized in 2014. It was a pilot from the largest consumer brand in the world and further spearheaded their journey for more recognition of their product. The firm entered into a contract model (value over $1,000k) with the brand, but interestingly did not put any cap on the number of users for the brand. Deobrat points out that it was the right thing for them to do, given the fact that they wanted more exposure. The more number of agencies used their product, the easier it would become for them to reach out  other clients. Deobrat says, “It was the classic foot in the door approach.” And that is exactly what led them to Sysomos, when one of their partners introduced them to the Toronto-based social intelligence company.

Sysomos is powered by data science that gives businesses immediate context to the hundreds of millions of conversations happening online every day. Its flagship product, Media Analysis Platform (MAP), mines and analyses content from social media to create a picture of media coverage. It has more than 1500 brands and agencies as its customers. So if Sysomos had access to a lot of data, gazeMetrix had just the right technology to mine it. Their partnership was a natural one which would allow brands image monitoring for photos across social media channels like Twitter and Instagram. As they started working together in Feb 2015, it became evident that an alliance made more sense.

And so it happened

However, all was not so easy as it seemed. Deobrat admits he had never sold a company before so the task was complex. To add to that, both the entities had different structures. While gazeMetrix had three offices in the US, India  and Switzerland, Sysomos had two in Canada and one in the US. Aligning all these entities was a big task. Deobrat mentions thanks to the lawyers on both sides, all the four teams were finally able forge a part cash part equity deal and finalise a structure! In addition to lawyers on both sides, Microsoft Ventures and iSPIRT also helped the firm in getting the deal done. At the time of acquisition, the company had nine employees in total-8 in Bangalore and one in the US.

Post the acquisition, gazeMetrix will operate as a separate business unit under Sysomos and continue to develop the product with access to the huge database of Sysomos. With this acquisition, Sysomos has launched a new product called Sysomos Gaze that will provide brands image monitoring for photos across social media channels like Twitter and Instagram. It will also enable them to engage their fans and customers and alert them when any image related to their brand identity begins to go viral on social platforms. Sysomos now will be able to offer an integrated set of tools including social and visual listening, community engagement, content curation and publishing to brands.

In the pipeline, are announcements of another product under the Sysomos brand in a month or so and more product integration to follow in 2016. For now, Deobrat sounds contented. When asked if he never explored the idea of just raising funds from Sysomos, he candidly admits, “We were not in a hurry to raise funds. And if you look at it, a strategic investment is what you call a delayed acquisition. Both the companies had similar visions. This acquisition was but natural.”  Given the way how one thing led to another in the story of gazeMetrix, one is inclined to agree with Deobrat!

Mukund Mohan has summed up gazeMetrix’s journey perfectly in his blog post, “I am sure the journey was bittersweet, but totally worth it. I am so happy for the team.That’s the journey an entrepreneur goes through. Ups and downs, sideways and running in place. Some make it, some don’t, but most would not trade their journey for any other thing.”