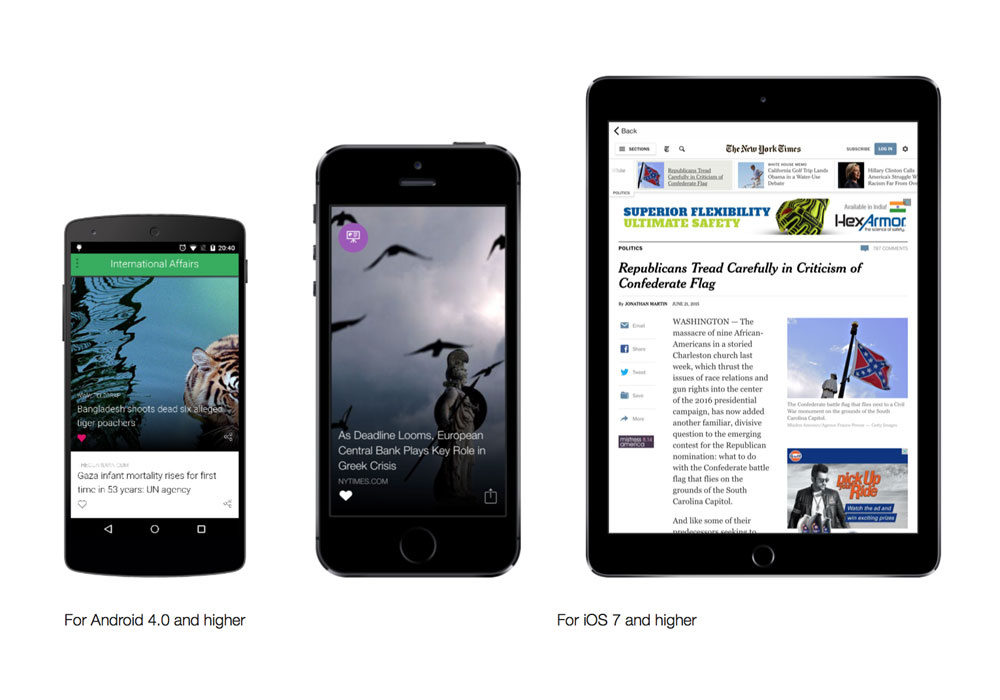 Information overload refers to the difficulty a person can have understanding an issue and making decisions that can be caused by the presence of too much information. The term which was popularized by Alvin Toffler in his bestselling book ‘Future Shock’ has become the bane of our times. One can call it information glut or data smog but all these terms point out to the overwhelming deluge of data drowning consumers day in and day out.

This majorly happens due to the ease of duplication and transmission of data across the internet, increasing no of information channels, the evolution of continuous news culture where there is a premium put on how quickly news can be put out, the ever increasing amount of historical information, and the growing rate at which new data is being generated especially the looping cat videos. All this leads to a low signal to noise ratio, something which Tenreads is trying to address.

Tenreads aims to stem this filter failure problem and help people find the ten best stories everyday on the things they care about. They have simplified the process of  personalizing your newspaper and have stringent checks in place to make sure that you aren’t overloaded with information. Or with cat videos or click baits while searching for content you want to read.

Founder Gokul Nath Sridhar’s aim is simple. “Tenreads wants to separate the signal from the noise and will bring you the 10 most important stories of the day.” 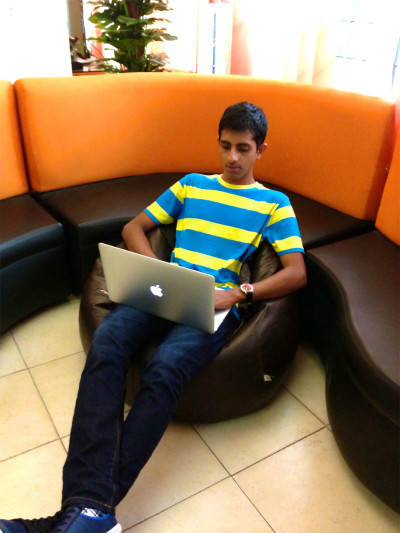 The idea of Tenreads pivoted from the team’s earlier project Likewyss – an interest based social network that didn’t take off well. While building infrastructure for Likewyss, the team noticed that there were tens of thousands of news articles generated every day. They then devised Tenreads to sift the useful from the junk.

The team scouts thousands of trusted sources including The New York Times, BBC News, and The Guardian, numbering to almost 200 to find and categorise news on six major topics spanning world affairs, business, science, technology, sports and entertainment. The app then uses a custom-built ranking algorithm to gauge the quality and importance of content sourced from these sources. Articles get pulled in from these sources twice a day. Based on the reader’s area of interest, which he is asked to choose when he logs in for the first time, the ten best stories are then populated in his feed.

Gokul adds, “We specifically made the Android app optimized in terms of size (2MB) because we expect a lot of our forthcoming adoption to be in India, where data is very expensive. We have found that a large app size is a deal breaker for many folks.” Operating earlier on an invite-only basis, Tenreads went live this week and is available as a free download on the App Store and Play Store.

The startup has kickstarted its release by targeting journalists, people who are in much need of the most important news on the web on a daily basis. Though Tenreads did not specifically share the numbers of users till date with us, yet it’s aiming to target everyone who wants information in a ready daily digest on his areas of interest. In order to market the app effectively, it also has a built in which feature wherein one’s recommended articles will show up on his Facebook timeline.

The startup is in its beta phase at the moment, however, it is witnessing a steady 15-20% increase in weekly engagement rates on the app. Buoyed by the response, it is aiming to reach about 500,000 downloads by the end of this year.

Currently, the company has no plans for monetisation and is only focusing on getting more users on the platform. But going forward, it is looking at a monetisation model consisting of subscription based services as well as sponsored content. As of now, it is leveraging the significant amount of funding it has raised from an undisclosed angel investor based out of Mumbai. Gokul further adds, the company is good to go for the next year, hence raising more funds is not a top priority right now.

The news curation and aggregator space is already seeing a lot activity. One of the most popular players in the segment is the Inshorts app (formerly News In Shorts), which has raised a $20 Mn Series B round has already crossed downloads of 2 Mn. The team is already working on a number of new additions, including making the app a one stop shop for a variety of curated content discovery, a personalization engine that helps users quickly find content that matches their interests, and a feature to allow users to express and share opinions on news. Dailyhunt, which focuses on vernacular content in the form of books and news and has raised $18 Mn in funding has seen app downloads to the tune of 95 Mn, covers content of about 175 publications, and publishes over 1.2 lakhs articles daily.

Other entrants include GSF backed Newsbyte, which aims to filter out the most apt news for the readers from all the available news & sources and provide it in a contextual timeline; Way2News which will focus on offering news in local languages, and Raghav Bahl’s digital news venture The Quint.

Gokul agrees that the market is crowded with news content aggregators, summary apps and vernacular news category players. However, he feels Tenreads will still be able to differentiate itself from the competitors. “We think there are two ways to cut through news overload – reduce the content in each article, or reduce the number of articles themselves. Summarisation apps take the former route, and we take the latter.”

Tenreads has identified there is a lack of providers who would provide country specific news. Consequently, the app also has Local Editions, a feature that updates users on what’s happening in their respective countries. This feature is currently available in India and United Kingdom. The company aims to roll this out to six more countries in the future.

Also on cards is the plan to build systems that make this close to real-time to predict and identify breaking news to be pushed out to relevant readers. Currently, news stories are refreshed only twice a day but Gokul hopes to refresh feeds in real time, something akin to Twitter’s real time news system. The company is hopeful of launching this breaking news system by the end of October this year.

Though Tenreads is trying to carve a niche space in the news content curation space, it will still face some stiff competition from the already popular players in the segment. Inshorts which is moving from being a news aggregator to a content discovery platform, With the growing number of smartphone users in India and the burgeoning problem of information overload, Tenreads will have a lot on its hands to fight for its place in the smartphones of these ever increasing users. One battle which it has already won is optimizing the app size. Rest it remains to be seen, how will it equally impress with its content delivery.