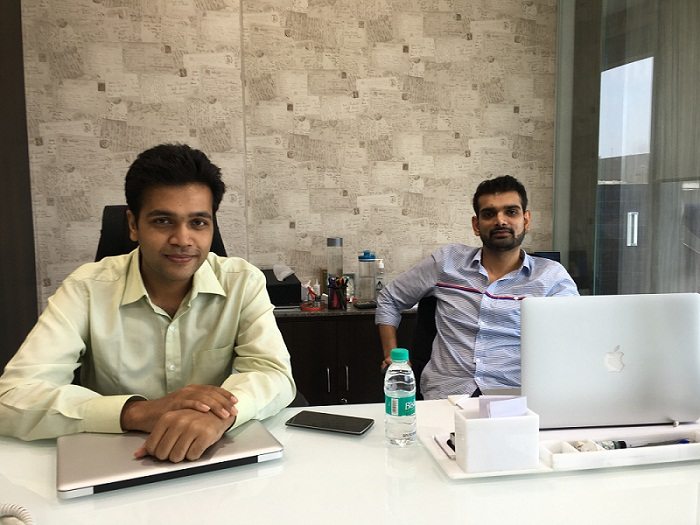 When long-time friends Anurag Agrawal and Kavit Sutaria came together to do something of their own, it was a unique problem they wanted to address – the problem of stockouts in retail sector or, in other words, the problem of inventory getting exhausted! As per research, retailers suffer up to 30% loss in business on account of stockouts. On an average, fewer than half of consumers who are looking for a particular product will substitute it, while nearly a third will buy the item elsewhere.

The two founders come more unique backgrounds. While Anurag’s last venture was a startup called One Solar, which dealt in rooftop solar power plants, Kavit was the head of Hiraco Ventures, a fund focused on angel investments. The duo initially launched StockIn (in November 2014) – a B2C marketplace, similar to BigBasket, focusing on the grocery category. However, within 4 months of their operations, they moved into the niche B2B distribution space. And that was prompted by the demand they saw interestingly not from consumers but retailers!

Plagued by the problem of stockouts, retailers became their major customers, placing orders on the phone to replenish their finished inventory and later requesting them to send field executives if possible. The duo realised that instead of spending heavily on advertising which their current B2C model demanded, it was a far better proposition to pivot to B2B, given the fact they already had retailers as their loyal consumers, without spending a dime on advertising! 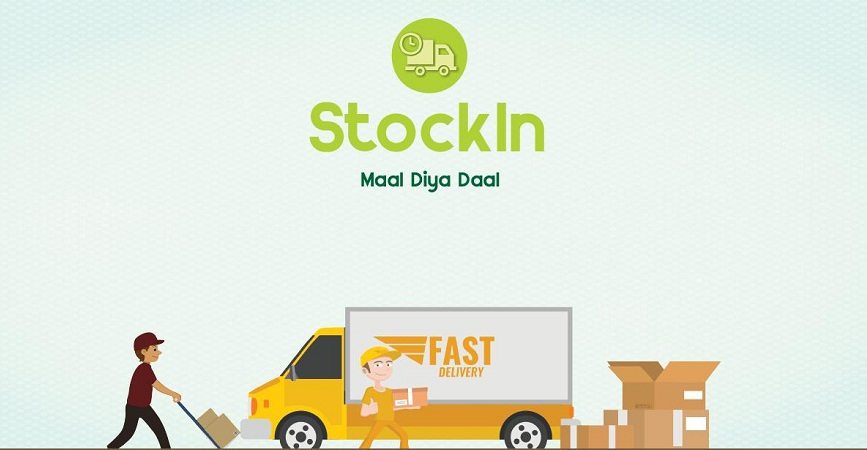 Thus, in July 2015, StockIn pivoted to its current model – a B2B marketplace for retailers across categories such as chemists, electrical, hardware, paan beedi shops, kirana etc, helping to solve the problem of easy and predictable replenishment of inventory. So, when the whole startup world was going hyperlocal in the B2C segment, Stockin chose to tread the uncommon path of addressing the unique problem of inventory exhaustion and in the process disrupt the way distribution is done in the B2B space.

In its current avatar with 50 people in Indore and Mumbai, StockIn is aiming to re-direct a retailer’s focus from worrying about purchasing to his core job of selling. Along with it, the company is aiming to disrupt the unorganised retail market, which makes up for 92% of the $300 Bn market economy.

A typical kirana store would have 500-1000 SKUs and stockouts are very common in the industry – almost as high as 30%. When these retailers are onboarded on the StockIn portal, the team takes notes of the SKUs they are facing problems in sourcing. Hence, working backwards from the consumer’s end, it sources those products from wholesale distributors, packs them, collects them, and delivers to the retailers from its distribution centres – one in Indore and one in Mumbai. The retailers can place orders either on the app, over the phone, or to the startup’s field sales executives. 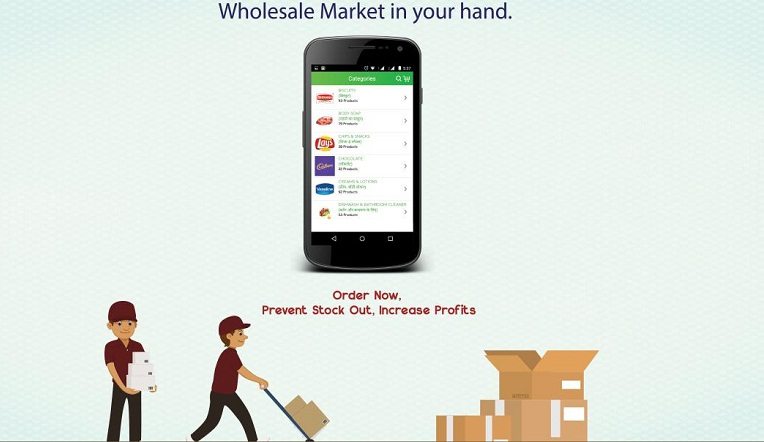 Typical turnaround time for orders is 24 hours. This has been made possible by the fact that the startup has developed the bandwidth to replenish stockouts of more than 5,000 grocery SKUs, 40,000 SKUs in medicine, 2,000 in electrical and hardware, and is constantly adding more to its repertoire. The portal is aiming to be a hard core tech platform where everything, from connecting suppliers to products, is driven by technology.

Additionally, another unique thing that StockIn has started doing is offering its platform to manufacturers for direct distribution or the so called ‘Floor to Shelf’ concept. With StockIn, they reach the retailer point of sale directly, completely bypassing the traditional C&F, stockist, dealer, and distributor channel. Thus products are directly making their way from the manufacturing floor to the retailer shelf.

From Hardware To Medicine – All Aboard! 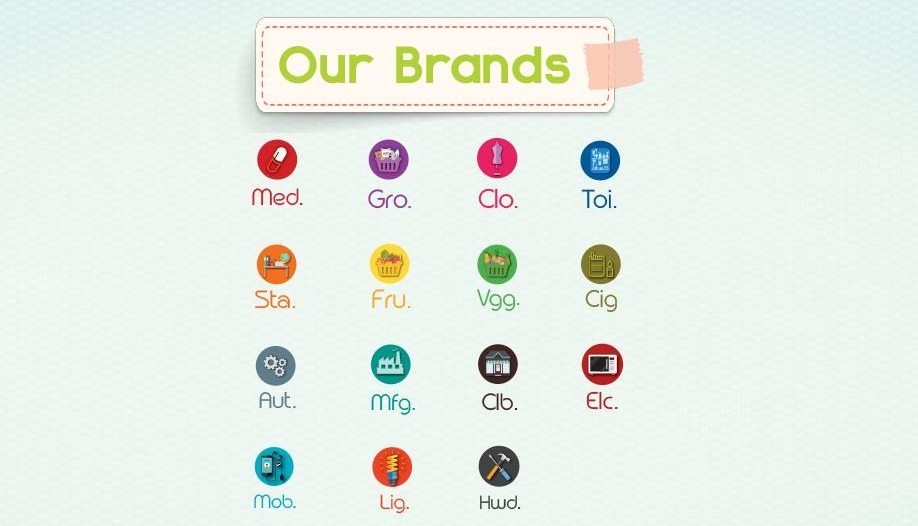 From Indore To Mumbai

StockIn started its B2B stint from Indore in July last year as Indore seemed to be a good low cost base to try out the model. It has touched a GMV run-rate of almost INR 12 Cr. without spending any money on advertisements, with the average retail order size of around INR3-4K. From Indore, it has now forayed into Mumbai, with over 2,000 retailers joining its network. The monetisation model is solely based on trade margins.

StockIn has been bootstrapped till now and is looking to raise funding as it plans to expand its base in Mumbai and Indore. That itself is a very challenging process as most retailers are hesitant to try out the service. Says Anurag, “Due to initial hesitation, many retailers doubt if such a service can actually work. This makes the onboarding process a bit slower.”

When onboarding a retailer, the team first talks to the retailer to understand what items are in demand from him, then it figures out a source to fulfill those orders, and then the product is added to the startup’s inventory list. Hence, this backward operation from the consumer’s end also takes its time. Another challenge is that delivery happens on T+1 only on 100% cash and no credit at all.

As per a Boston Consulting Group and Retailers Association of India (RAI) report, titled ‘Retail 2020: Retrospect, Reinvent, Rewrite’, the retail market is expected to nearly double in five years, touching $1 Tn by 2020 from $600 Bn as of today. No wonder, B2B distribution will also be benefitted as a result.

Though currently, the space is dominated more by businesses doing B2B retail (such as Tolexo, AmazonBusiness, Walmart, Alibaba, BestPriceWholesale.co.in, Industrybuying, etc.) rather than distribution, there are a few players in this niche as well.

One of them is ShopKirana, a B2B m-distribution platform for merchants and small retailers, again based out of Indore. ShopKirana is a B2B mobile application tailored for retailers. Using the swipe and select option on the app, the kirana shop owners can select items, feed the quantity required for each item and then place an order to their brands. The order gets simultaneously reflected on the automated systems of the brands and ShopKirana. ShopKirana’s delivery boys pick up the ordered items from the brands and deliver it to the kirana shops, thereby cutting down on the time lapse between demand and supply.

Similarly, there are many players in the B2C space like Bigbasket, Zopper that connect the kirana stores to the end-customers.

Given the gap in direct distribution in the country, StockIn has a formidable niche area to operate in. As per Anurag, HUL only has 50% direct coverage of retailers while P&G and ITC stand at around 25%. Hence, there is a large playing field accessible to startups in this space. The challenge, however, will be that since Stockin itself is not a full-fledged distributor (it does not stock and sell), the startup will still have to depend on leveraging the wholesalers.

The FMCG majors themselves are no less a formidable competition. They are seeking to cut down on the turnaround time by providing tablets to the mobile sales team, who visit kirana stores to take the orders, so that they could feed it to the company’s systems in real-time. However, by roping in manufacturers to directly use its platform, it has a way to disrupt the current retail and distribution model. How easily it is able to convince manufacturers to do the same and how does its technology outplay the biggies in retail will be something to watch out for.