Still Holding On To Your Selfie Stick? Make It Uber Cool With #Velfie

Still Holding On To Your Selfie Stick? Make It Uber Cool With #Velfie 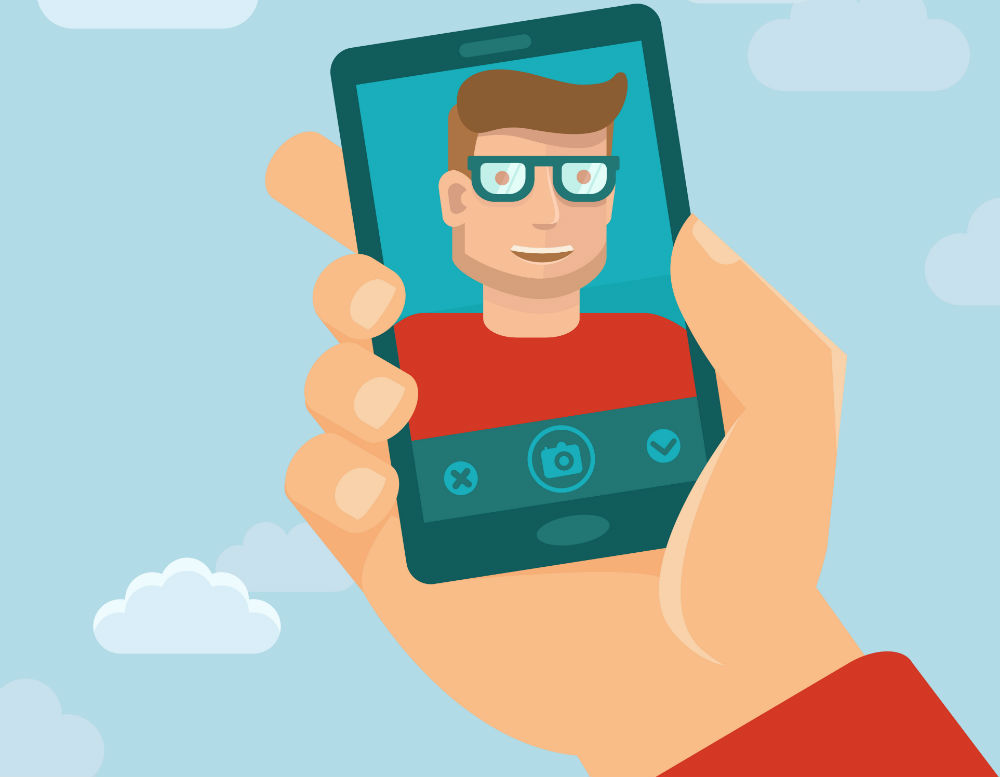 2014 was the year of selfie declared by Twitter and year before it was declared as the Oxford dictionary’s word of the year in 2013. With a number of selfies taking rounds on internet. Be it a VoteSelfie, a welfie (workout selfie) or the famous Oscarselfie, now its time for Selfies to move to the next level. Few months back, we wrote about a video selfie startup called Frankly which lets people ask questions and others respond via video selfies. Yet there is another startup named as Velfie founded recently by serial entrepreneurs Ankush Johar and Rammohan Sundaram that has hit the app stores playing on similar lines.

The newly launched app lets users create personalised video selfies to popular dialogues and sounds and use those for personal messaging and social media. Be it your favourite movie dialogue you always wanted to imitate or your favourite actor’s voice, Velfie Them All.

The app is available on Android and iOS. The app is easy and fun to use.

Following steps make the app a breeze to use:

Not only this, the app also lets users upload their own sounds and then share them on social media. Just one advice, turn off the video auto-play feature on the social networking apps that support such a feature, to avoid the shock of a sudden cacophony from the phone’s speakers.

#Velfie being just 15 days old, the app has started witnessing 10,000 downloads daily currently, and is trending as the top 3 apps on Android. Velfie’s growth is driven by users uploading their own sounds (user generated content) and then spreading it virally through Whatsapp, Facebook messenger, Hike, Line, Wechat, JioChat and others.#Velfie has seen massive adoption across India, Brazil, Indonesia, Philippines, Malaysia, Vietnam, UAE, Saudi Arabia, Lebanon, Turkey and across over 150+ countries, according to the company.

The team is now aggressively working on the product functionality, user experience and retention metrics, which are already looking very encouraging.

“When we first looked at the opportunity, we knew we had a winner at hand however we kept working on the product innovation, which you would see if you use our app. Features like pause and record, sound share are just one of the few we have launched with this release however in the time to come you will see a lot of enhancements that will make the user look like a performer, whether be it looks or otherwise,” said Rammohan.

According to the company, about 12 more partnerships are lined up, to further amplify the growth of the platform. #VelFie also partnered with Datsun, where a song specially sung by Ayushmann Khurana was amplified, so much so that #KuchNayaShuru the hashtag was trending on Twitter as No. 2 on the days of the campaign.

The company aims to earn revenues via advertising, tie-ups and campaigns. A parallel effort is in place to grow adoption using deep alliances with:

“In the long run as we evolve in the product development life cycle, our plans are to build a social video network and given the traction we are currently seeing it is headed towards the direction we had envisaged. For us consumers should be empowered in the video creation and as a platform we enable both sides of the coin, which is UGC and then subsequent sharing experiences.” Says Ankush Johar, Co-Founder at MobiFirst Media.

Velfie competes with Dubsmash, it is a German video app based on the same lines to lip-sync to audio clips. The app is also used by actor Ranveer Singh to promote his upcoming film Dil Dhadakne Do. The German app has been downloaded 20 Mn times since its launch in November 2014. It has topped the many lists in App Stores can continue to remain at the same.

Latter also offers an option to pause in between a Velfie and has been lauded by actors who are taking it to Twitter and also considering it as a medium to reach out to fans.

Ankush is a British National and runs the UK based JLloyds Group, with investments in B2B Mobile Research & Analytics serving over 500 mobile operators across 142 countries, and several other consumer properties with past successes of the short code 8888, which is now a Times Group property and Ram was last CEO for IbiboAds, before which he successfully exited two companies he had founded, PlatformPlay and NetworkPlay.

Since the advent of social media sites and adoption of apps in the country, the mix with the Bollywood seems to be a good idea. All this will do let users download the app but after sometime they might get bored with, thus the team has to keep on innovating with new features and functionalities.