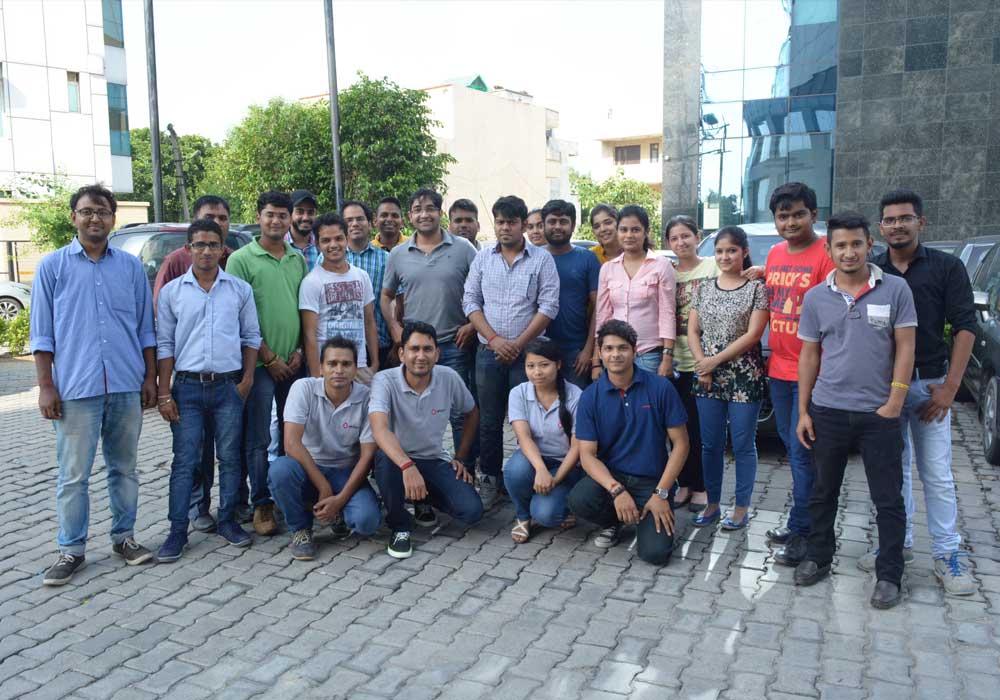 For a long time, buyers have shied away from the used car domain in India while in the west, for every new car sale, 3 used cars are being sold. However, with the searches for used cars getting doubled from last year, it seems that the scenario is changing now. In June, more than one lakh searches for used cars were made (all over india), a 58.3% rise on Y-o-Y basis. Factors such as increased internet penetration and growing dissemination of information to people are serving as driving force, making pre-owned cars an economical alternative to new cars.

The founders’ aim is to become a one-stop tech-driven platform for buying used cars while taking care of all the touch-points to keep ‘Customer Convenience’ at the centre of every experience.

According to Niraj, “The major roadblock has been the asymmetry of information present in the process of used car transactions.” The used car market is highly unstructured with independent dealers and curbsiders dominating a large chunk of the market. “The Information asymmetry involved in the process leads to the problem of moral hazard, thereby making independents charge anywhere between 10-30% margins on cars,” he added.

As claimed by the founders, Spinny is all about bringing transparency and convenience to the used car buying and selling experience. Not only can people browse different types of cars on the portal, they can also look for other value added services . This includes services such as inspection of the cars, test drives, registration transfers, providing warranty on cars to buyers, etc.

How it helps Buyers and Sellers?

The portal is bridging the gap between buyers and sellers. Buyers can get profitable and secured deals, sellers can get right price for their used vehicles without much hassle.

For listing a car, first the seller has to file the details of his car on the web portal. The in-house inspection team of qualified experts then has the responsibility to ensure that the hosted cars are the best pre-owned cars in the market. All cars are assessed based on a detailed 200-point inspection checklist to evaluate every aspect of the car thoroughly.

“Through our inspection we rule out cars which had major structural damage, had their meters tampered, or do not have proper service records,” said Niraj.

Finally, based on this assessment, with mutual agreement between seller and inspection team, each car is given a ‘Star Price’.  For Buyers, website provides a well sorted interface for car search. Following which, a buyer can book a test drive and then finalise the purchase.

Each car comes with a one year warranty with all paperwork being handled by the Spinny team. It has also tied up with 3 leading banks to ease the loan and insurance process.

At present, the company is working on a commission based model and is charging 1% from the sellers. But going forward, in a bid to increase its sales, the company is planning to remove this aspect too.

With 2.8 Mn used cars sold in the last financial year the Used Car market is valued at about $15 Bn (GMV). The market is growing at 20-22% CAGR.  A recent Crisil study has forecasted the sales of used cars to reach around 8 Mn units by 2020. This will value the market size at around $ 45 bn by 2020. That’s a healthy threefold increase in the market size.

Spinny has a current GMV of INR 3 Cr with an average ticket size of INR 4 Lakhs. With a team of 30+, the portal currently has  around 6-7 transactions per day and is operational in 3 cities viz. Delhi, Gurgaon and Noida.

The portal lists 400 used cars of different brands, in a price range of INR 2 lakh to INR 25 lakh. The most selling cars at present are of Maruti Suzuki and Hyundai.

Competition and Plans Ahead

Selling used cars online is not a new concept and there are many existing prominent players in this space, drawing significant funding at regular intervals. CarDekho has recently grabbed investment and is valued at $300 Mn. Also, recently, ex-Shopclues founder’s startup Droom, which is in the same space, has garnered about $16 Mn in funding from LightBox & Beenos.

The growing increase in sales of used vehicles has opened doors for numerous startups who have launched in this particular segment. These include Zoomo, 19miles, Truebil, Carnation and CredR and are posing a great competition to Spinny.

So how is Spinny planing to differentiate on this?

As per Niraj, “The way our team looks at the market, the kind of products we are building and our tech oriented approach to solve the problem at scale are the things we are banking upon. Also, with our one-stop-platform we’re offering solutions that satisfy needs of our buyers and sellers, all under one roof. This is a one-of-a-kind service and has never been done before in the industry.”

Further, the company plans to expand to other Tier-I cities within the next 3 months and is targeting to reach top 20 cities across the country by mid 2016. It also has an in-house training program to ensure enough supply of quality automobile inspectors. “Very soon we would be adding at least 100 Certified cars a day on our platform and we would be able to make a car live on our platform within 90 minutes from receiving the listing request. Once the car is live, it would be mapped with potential buyers instantaneously,” said Niraj.

As per recent analysis by Adwords, more than 8 lakh monthly searches for used cars are being made worldwide. The US being the biggest contributor with 56.8% of the searches, it is then followed by UK and India with 16.2% and 10.9% of the searches respectively. Another survey by Accenture reveals that 84% of the respondents have shown interest in purchasing a car directly online. This shows that although there is competition, considering the market size, the increase in demand will let startups survive.