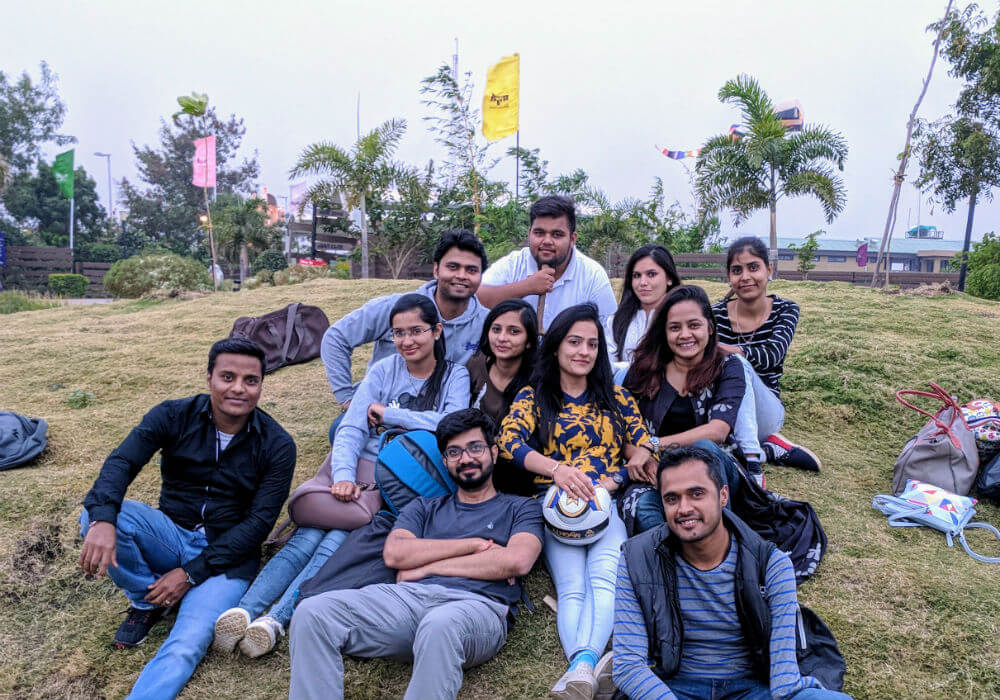 India’s ecommerce market is projected to touch $33 Bn mark this year. With an Internet user base of 462 Mn, India has the second largest online user population in the world, second only to China. With deep-pocketed investors backing ecommerce sector at large, there is no dearth of options for the Indian users. But as they say, more the options, more the confusion and thus the increasing percentage of last-minute cart abandonment.

Looking at this vast opportunity that ecommerce offers, Manas Usharia and Shantanu Gaur took the plunge to launch a platform which could ease the online shoppers’ dilemma of online product credibility. That’s how the story of ShoppingPost started.

Being in competition with already established startups such as Voonik, Wooplr, Klip, LimeRoad and more, and having been in operations for over two years, the Indore-based social commerce startup ShoppingPost has now become a hub for shopaholics.

As claimed, the social commerce startup has witnessed about 150K installs with about 90,000 posts. And the next ambitious goal is to host a million users by the end of 2018 and over 10 Mn users by 2019 end.

Rise Of The Online Users

Manas’ entrepreneurial journey began way back in 2013 when he co-founded Codebin with a loan of $549.50 (INR 35,000) from his father. The startup dealt with services in the technology domain. Later he pivoted the business and rebranded it to ShoppingPost and was joined by Shantanu.

According to a report by Google and AT Kearney, by 2020, India will have 175 Mn online shoppers. With this shift in the shopping behaviour comes issues like trust, the credibility of the product, service and genuine feedback. How do consumers trust the websites or the products?

So, the simple mantra behind the purpose of ShoppingPost is ‘Shop and Post’.

As Shantanu states, “We created ShoppingPost to connect real users of different products to each other, share their purchases and create the next great social network with a purpose.”

The team drafted the first mockup 12 months before finally launching the basic version of the app. “We knew that there would be challenges and they first needed to be solved on pen and paper,” Manas said.

Their research was primarily based on understanding the consumer, problems they face while shopping online. The social commerce startup wanted the user to share his/her purchase information with others. As the platform comes with “Social” aspect, users have the option to interact with each other, share reviews about particular products etc.

ShoppingPost: Breaking The Mountain Of Challenges

Resonating with most startup stories, Manas and Shantanu had also faced the conundrum of funding. And initially, the duo had used their savings. And later on, they took a loan to give the social commerce startup a run time of six months and started meeting angel investors.

And then the team went on to receive angel funding to the tune of $140K (INR 90 Lakhs) from Suresh Kumili, a Hyderabad-based angel.

However, startup and challenges are like two sides of the same coin; one cannot exist without the other. And ShoppingPost founders did have their share.

Apart from lack of funding avenues, just like any other Tier II city startup, ShoppingPost faced a huge challenge in finding the right team and then training them to use the technology stake. Then came the problem of convincing the major ecommerce sites to add a ‘share on ShoppingPost button’ on their websites.

Eventually, ShoppingPost has gained mileage in its journey. They have focussed on two parameters for the traction level they have achieved. One, on hiring the right talent and two, on diversifying the product offering of the startup. So, it set out as an informative platform to rate products and validate the credentials but in the long term, it has come to work with various ecommerce websites and customers to add value to online shopping.

So what kind of competition does the team of ShoppingPost foresee?

Shantanu quips, “We are a social commerce in horizontal space and we know of no one in India as a direct competition. Roposo is in fashion vertical. Pinterest and Instagram do not have shopping at their core. But, yes, if social media spaces such as Instagram were users can directly share their shopping experience, we will have competition.”

ShoppingPost: Current Traction And Plans Ahead

As per Shantanu, ShoppingPost on an average adds a new user and a new post every minute. He revealed that the social commerce startup has its user base spread over cities like Hyderabad, Kolkata, Jaipur, Patna, Mumbai, Lucknow, Bengaluru, New Delhi, Pune, and Indore.

The startup plans to test its revenue channel with targeted ads once it reaches 1 Mn users in India. “We have real data of the consumers which can help companies as well as consumers to get the best match possible before shopping,” Shantanu said.

As far as funding is concerned, ShoppingPost is planning to raise close to $1 Mn funding in a next few months. The startup, further, aims to launch a Progressive Web App and to add several new channels or stores through API integration to enable users to post everything they buy online.

Then there are plans to use artificial intelligence for product discovery and search, which maximises the chances of the user getting what he or she wants.

Then, there are also plans to enter into the offline space with organised retail stores like Shoppers Stop, Lifestyle, Future Group to enable shoppers to share their offline experiences with everyone on the contact list.

The online shopping space in India is heating up. Marketing cost is huge and the potential to solve every single problem via the social network is the key to optimising this market. Consider these figures: according to Statista, over 2.14 Bn people worldwide are expected to buy goods and services online by 2021. The same source also revealed that India had witnessed $16.7 Bn sales in 2016.

These figures are enough to understand the market that is posed by online shopping for the future. It would not be long before more ecommerce sites emerge and evaluators of their products to find their way to push through the competitive social media marketing space.

The biggest challenge in uniformly pursuing this figure lies in the different customer behaviours across different Tier cities. It will be a sheer determination that will conquer the quest despite infrastructural issues that the social commerce startup is facing.

“Internet infrastructure is poor in Indore, we have lost time and money sitting in the office waiting for the internet to be reinstated after paying twice of what we would have paid in a Tier I city. We have been quietly developing our product in a low-cost way, away from the plush environment. We have been able to shine as the go-to-startup for candidates who wish to work in Indore.”

Shantanu feels there are way more that can be done to undo the lethargic infrastructure and underdeveloped startup ecosystem in India, “The government needs to do more. Why do we need to approach private investors? Take an example of Israel and the way it incubates its startups. As a society also, mindset towards failure needs to change.”

With the number of online shoppers on the rise in India, even the way people prefer to shop online have changed substantially, and thus the digital marketing tactics of the online retailers. Leaving behind ad pop-ups and email marketing, the digital shopper is now embracing social networks for knowing the recent trends. A product review posted by the closed ones on a Facebook group is much more impactful than a random product ad, even if it’s based on user’s online shopping behaviour.

In the digital world, data is the new currency. The Internet operates by selling services or products and every user is either a seller or a consumer, directly or indirectly. There are differences in the market behaviour in India as compared to the West. Despite the differences, a government that is working for a Digital India and a young population of tech-savvy Indians will make all the difference to online shopping.

Plus as Shantanu rightly pointed out, going ahead India might get a startup investment infrastructure similar to Israel, thereby building a positive as well as a mature ecosystem for the online buyers. Digital platforms such as ShoppingPost might just drive this wave in India.

[ShoppingPost was among the three startups that pitched during Indore edition of BIGShift – a localised startup meetup series by Inc42 and Amazon India, click here to read our coverage on BIGShift.]