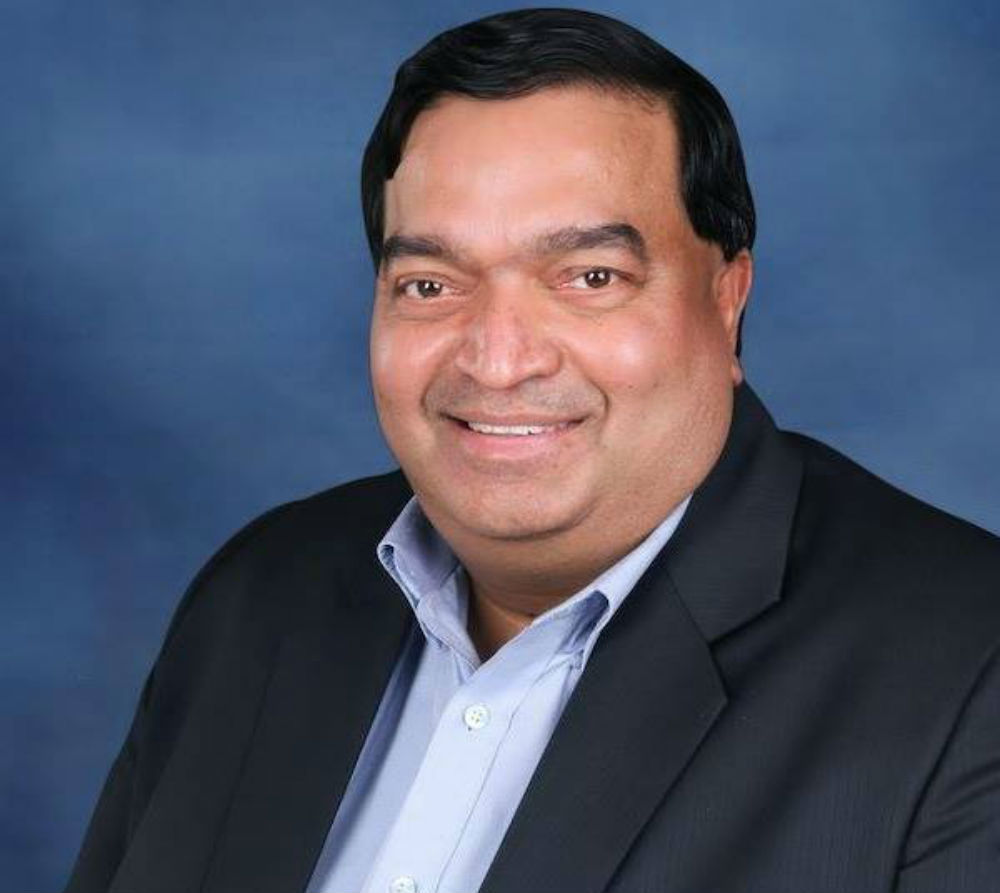 It’s your birthday in a week. You order the dress, you so coveted, from your favourite online store-it could be Myntra, Flipkart, or Jabong and excitedly wait, counting the days and hours in your office for it to be delivered. Your ecommerce provider has kept you well notified that it will be delivered well before your D-day at your home and you can easily track its path of progress towards you. But as luck would have it, right at the moment the delivery boy comes to deliver your parcel of happiness; you have to step out for an errand, thus resulting in unnecessary delivery hassles. Not only have they marred your shopping experience but also added to the delivery costs for the ecommerce company.

But what if there was an alternative where the delivery boy could simply drop your parcel at a secure locker right near your apartment, and you could pick it up in your own sweet time? after intimation  The locker system will remove last mile delivery hassles for the company, will ensure you can pick up your parcel at your convenience, and even cut down on carbon footprints. Now that would make for one hell of a happy birthday for all involved! This is what exactly QikPod – a simple, convenient & secure cloud-enabled, IoT product and service announced today by serial entrepreneur and one of the most well-known faces of the Indian startup ecosystem Ravi Gururaj, aims to achieve.

The biggest pain-point for ecommerce shoppers is that someone has to be at the address of delivery when the courier delivers the package. This disrupts consumers’ personal and work schedules and also results in re-delivery attempts and costs for the courier companies. QikPod lockers addresses this problem. In addition to offering customer convenience, QikPod will also offer increased security & safety in the courier/delivery process and substantial cost savings overall. The reduction in delivery communications, failed delivery attempts and consolidation of deliveries and routes will have a strong, positive reduction in carbon footprint of courier companies as well.

Says Ravi about the inspiration to launch his sixth venture, “I had always planned to jump back into building a venture, but took a while to identify a tangible, valuable and large growing problem area where I could build an innovative company.”

No wonder, with the burgeoning online retail market in India slated to touch $100 Bn mark by 2020, the yet to be launched innovative venture has already secured the backing of industry heavyweights such as Foxconn, Silicon Valley venture fund Accel Partners, Flipkart and Delhivery in the form of a $9 Mn funding round.

In order to effectively smoothen out the last mile delivery process, QikPod will establish a network of intelligent lockers for delivering ecommerce parcels to online shoppers across the metros. The lockers will combine technologies such as internet of things with a logistics system at the back end. Initially Foxconn will provide these lockers, which later could be built by more partners.

Through QikPod lockers, customers will have the choice of getting deliveries made to their convenient location, thereby mitigating the hassles of payments, returns, coordinating timings with delivery boys and cut cost for e-tailers. The cloud-enabled, IoT product and service would on one hand allow the flexibility to the consumer to pick up his parcel from a secure location at a desired time while on the other hand it will offer a more convenient alternative to home delivery.

We will build a simplified interface which can be used by any customer or any courier boy even if if he doesn’t have a smartphone. It would be a no-brainer to operate the locker, using a simple code on sms. The lockers will be low-cost yet sturdy, easy to install, flexible in size, built for local Indian conditions, for local audience, and at local rates. Besides reducing carbon emissions, another characteristic of the technology is that using a locker doesn’t require a customer to share his address or phone number with delivery guys. Thus consumer safety becomes another added benefit.

For ecommerce companies such as Flipkart, which is the primary investor, and delivers over 8 Mn packages every month, QikPod will help avoid costs of re-delivering when customers are not physically present. Similarly, Delhivery, which is an investor in QikPod alongside Flipkart, believes the company can push up to 10% of its shipment delivery through this parcel network. By cutting out the pain in last mile delivery both for the consumer and the ecommerce provider, it will enable true economies of scale for ecommerce and logistics providers in the country.

Adds Gururaj, “I believe over time parcel locker networks will help handle nearly a third to half of the parcels shipped across India’s metros. Our plan is to build the world’s largest parcel locker network with over 50,000 lockers across all major metro cities in India. I hope you will see a QikPod deployed in every apartment building, office park, many popular retail outlets and public transit locations in the not too distant future. Our aim is to build a scaleable business.”

QikPod’s main clients would consist of ecommerce players, logistics providers, courier companies, and offline retailers. Initially starting from Bangalore, a network of fully automated, self-serve lockers will be installed in residential complexes, office compounds, cafes and kirana stores across the country, with many popular retail outlets and public transit locations to follow.

Gururaj said, “It will be an open platform for every etailer. From Paytm to Shopclues to GoJavas to postal services, all are welcome to use it as long as they are authorised to do so.”

QikPod plans to move aggressively and install 50,000 lockers across the country which can be set up in varying sizes, starting from a low-footprint 10-compartment column to hundreds of compartments across a large parcel locker room. The service will be  currently made available free of cost for consumers, as well as for locations and sites that wish to install and host a locker for the initial few months. The business model is a B2B model, wherein ecommerce players will pay for a per locker use.

Later, as the system scales up and consumers gravitate towards it, there would be scope for monetizing value added services to consumer on the likes of loyalty clubs.

As mentioned earlier, the yet to be launched startup has already garnered the backing of big names in ecommerce, logistics, and venture capital space. Accel Partners, Flipkart, Delhivery and Foxconn Mobile, have committed to invest $9 Mn (INR 60 Cr) in its first round of funding. Most of this investment will go towards building the technology, the infrastructure, and the lockers.

Worldwide, the concept of an electronic locker facilitating last-mile delivery of parcels has been implemented by quite a few companies. Amazon itself operates Amazon Lockers in the US and UK which allow consumers search for a locker location near them and add it to their address book so that whenever they add an item to their shopping cart, they can choose the locker location to ship their goods to it. Once the package is delivered to the Amazon Locker, the customer receives an email or text message with instructions and a unique pick-up code. The customer needs to enter the pickup code at the locker and the locker slot with his package will then open. The package remains available for pick-up for three business days after the customer receives the pickup code.

The video below illustrates how Amazon lockers work:

Companies such as Package Concierge in US that provide digital locker solutions for apartments and student housings and VLocker in Australia, which designs, manufactures, installs and services locker systems, have popularised the use of digital lockers. 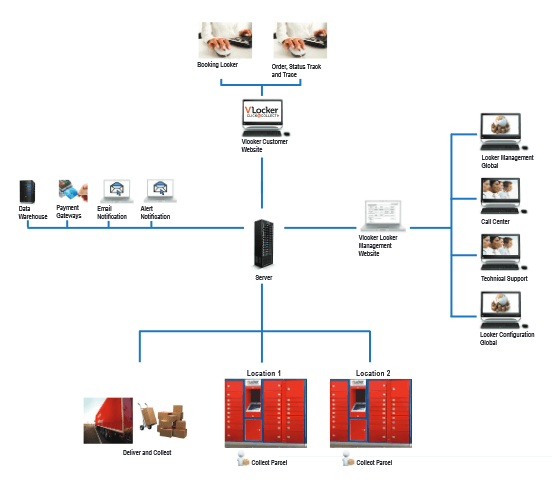 In India, Amazon has indigenously tried to apply the locker concept through the Amazon Pickup programme that lets buyers collect their parcels from selected locations. The program now allows any available physical rentable space (a store, office, garage, house or even a van) as a point of exchange for Amazon packages for customers to pick up and return products as per their convenience.

The company had piloted Amazon Pickup at Bharat Petroleum’s In & Out stores in Delhi and Mumbai last year. This has now grown from 20 pickup centres in Bangalore to 800+ points across 45 cities which also include Thoothukudi, Thanjavur, Vijayawada, Belgaum, Kolhapur, Rajkot and Ludhiana. Further, it plans to extend this deal to make all the In & Out outlets across the country its pickup points. In April, 35 In & Out stores had already been on-boarded to act as pickup points.

Then there is the Mailbox program launched by hyperlocal delivery player Roadrunnr in October this year to help cater to the problem of missed deliveries for its ecommerce clients.

Given the predicted surge in the ecommerce industry in India in the coming years, the need of the hour is a robust delivery and logistics backend. There is a dire need for a more convenient shipping alternative to home delivery to sustain the high growth in ecommerce and hyperlocal categories. A connected locker is a simple and effective solution to this problem. If QikPod is able to set up an effective locker system network quickly in the country as it intends to, it would go a long way in reducing the pain points in last mile deliveries and further enhancing the customer experience with ecommerce. Its success will depend on the robustness of the technology, the security and quality of the lockers and the efficiency with which the network is developed. With Ravi’s vast experience in the internet technology domain, QikPod’s ambitious venture to become one of the largest parcel locker networks, will be an interesting one to track.