Can PlayShifu Get Indian Kids To Pick Up Interactive STEM Toys Instead Of Textbooks?

Can PlayShifu Get Indian Kids To Pick Up Interactive STEM Toys Instead Of Textbooks? 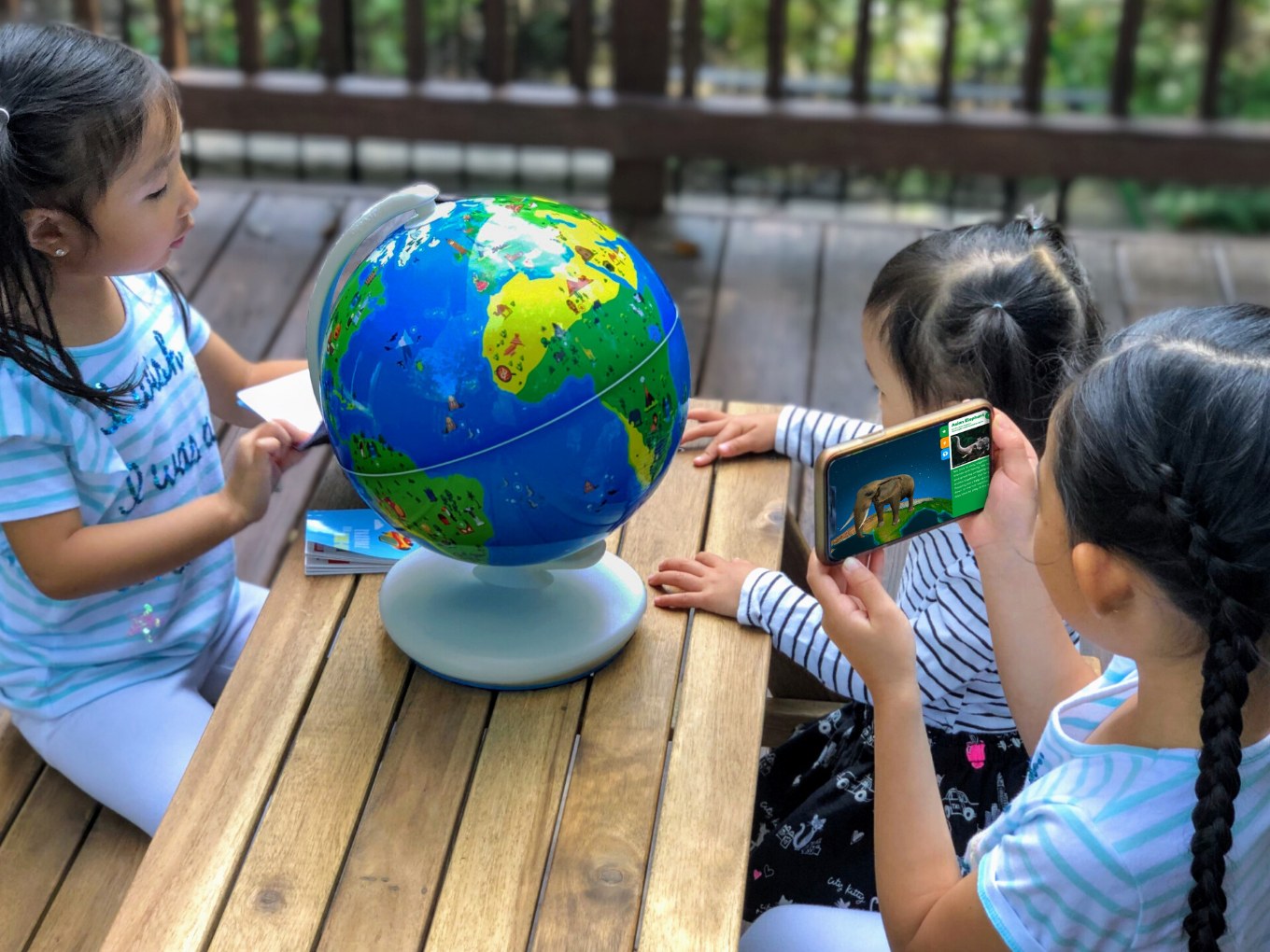 With an array of AR-based interactive kits, the company claims to have 8x revenue growth year-on-year

PlayShifu has over 600 clients around the world, with 400 schools in the US using its kits

The growing use of internet learning apps and dedicated tablets among younger kids has increased parental concerns about kids increasing more and more time glued to screens with little to no physical activity or interaction with the real world. Around the world, technology companies have released tools to limit the screen time among children and young adults, but the concerns for Indian parents is not that children are using devices more frequently, but that after a point it becomes a passive exercise — replace textbooks with an iPad.

Various augmented reality apps have looked to replicate the success of Pokemon Go and Sharks In The Park for edtech. The goal is to get kids to interact with real objects and combine this learning with smartphone or tablet apps with augmented reality features. Bengaluru-based PlayShifu brings this AR solution to life for Indian kids, with a focus on learning aids for science and technology.

Playshifu’s flagship product Orboot is a smart world globe that can be used by young adults and kids to explore the geography and culture of any country or city.

Founded by Dinesh Advani and Vivek Goyal in 2016, PlayShifu products are specifically designed for kids between the age group of 2 – 12 years, to help build STEAM (science, technology, engineering, arts, and maths) skills among kids through fun.

Besides its smart globe, PlayShifu’s portfolio also includes an array of AR-powered puzzles and quest kits called Shifu Plugo. It also offers a digital board game based on physics and chemistry concepts called Shifu Tacto, along with AR-backed magnetic figurines and AR-enabled flashcards related to space, travel, and animals called Shifu Cards.

The company claims to have a user base of 250K children across 15 countries including India, the US, Canada, UK, Japan, Ukraine, Russia, Australia, and the UAE. PlayShifu toys are being sold both offline and online in India, with offline channels accounting for around 65% of sales in India, with the rest coming from ecommerce platforms. Speaking to Inc42, founder Goyal said that the primary audience for Playshifu products is based in cities, with up to 60% of all retail sales taking place in Tier 1 cities.

One would expect that AR educational toys will involve better engagement than passive reading or digital textbooks and games. PlayShifu claims to have a 30-day retention rate of 46%, which is five times higher than other existing apps, Goyal said.  In the span of three years, the company claims to have become a multi-million-dollar company clocking an 8X YoY growth in terms of revenue. Goyal attributed this growth to the company’s strategic expansion across many geographies, besides India, as STEM education is being prioritised around the world.

Goyal told us that more than 600 schools in India, the US, UK, and Canada are interacting with Playshifu products on a daily and weekly basis. In the US, over 400 schools are said to have brought PlayShifu’s educational toys into the classroom.

According to Goyal, the majority of these sales happened on an ad-hoc basis where the US school teachers discovered and ordered PlayShifu products from Amazon. Another factor driving these sales is the relatively higher budget for technology in schools in the US, which allowed them to experiment with PlayShifu’s products.

Goyal said that PlayShifu did not create formal networks with schools in the US or India until last year, and is only now working on formalising these links. In terms of introducing toys for a broader age-group, Goyal said that the company will be sticking to the 2-12 years age group because it understands users in this age-group very well.

“Further, the pressure for getting marks in schools and preparing for competitive exams intensifies after 12 years of age. That is the thing we don’t want to enter into at this point in time,” PlayShifu cofounder Vivek Goyal

However, he noted that coding skills are something that kids 13 years and above start learning from scratch. PlayShifu feels it can be really helpful in teaching kids programming. “So, we have the broader age group-focussed products on our horizon and in this category, we will focus on skills that start post 12 years of age,” said Goyal.

Similar to PlayShifu, startups such as Smartivity Labs is also experimenting with interactive educational toys for children. Smartivity offers STEM learning activity boxes for kids between the ages of 4 and 12. These DIY boxes are designed around fundamental scientific principles and their real-world applications. Kids can put together the building parts — made out of compressed wood, as per instructions in the booklet that explains the scientific principles behind each activity or creation.

One of the challenges for interactive edtech platforms is that the additional cost of the hardware can be a deterrent for new users. Edtech is seen as a democratising force, making learning content easily accessible and affordable for all income groups. But AR-enabled interactive toys have the hardware and manufacturing costs, which often make them less affordable. PlayShifu toys are sold starting from INR 299 (Shifu Flash Cards) up to INR 3499 (Plugo STEM Packs), so they are certainly a little more expensive than a digital textbook or a video-based tutor.  Will PlayShifu consider reducing the price points to reach more customers? Not according to Goyal. “To go below the current price points will interfere with the quality of products that we are able to deliver currently.”

Instead of thinking of bringing down the price, PlayShifu is looking at value creation. Consumers and kids need to think in terms of the learning value that interactive toys are providing, Goyal said. While parents are ready to spend thousands of rupees on teachers, tutors, and learning-oriented stuff, the retention and engagement for interactive kits tend to be higher, according to the founder. According to Goyal, parents underestimate the impact of interactive learning — 90% of learning for kids below the age of 10 years happens through games and toys or through playing with other kids, he added.

“That’s one behavioural change we are proud to have inspired in many parents and want to continue widening the space enough that STEM toys and games actually become the largest segment of toys rather than being the third or fourth one.”