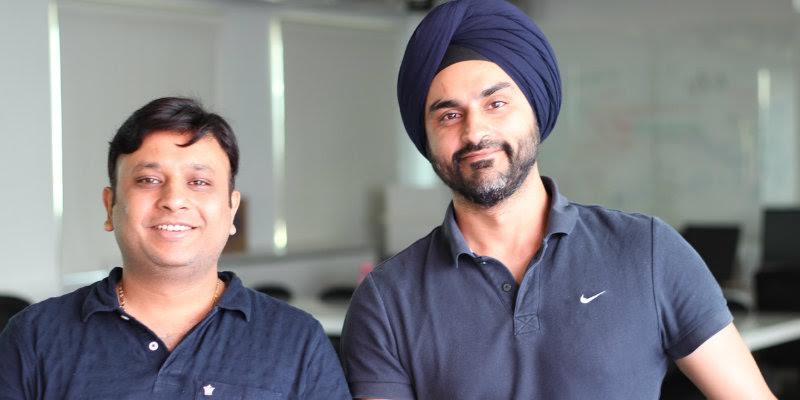 From the smallest beginnings, come the greatest legends.

When Damandeep Soni’s driver told him that there was no relevant content for him to read in news and entertainment, and that he could not always end up spending precious data, it was the tipping point for Daman’s quest to build a content discovery app which solved both the issues. First, of curating relevant content and second of enabling readers to consume it without spending much data.

Thus PlanetGoGo was born – a content discovery and reward points platform which brings relevant content right to the user’s lockscreen. Leveraging his past experience at Japan-based web chat app LINE, where he developed unique offerings for the Indian market, Daman teamed up with fellow worker Rajat Gupta, who headed the user acquisition and gaming division at LINE India, to develop Planet GoGo in September last year. The Gurgaon based startup is now a 7 member team. 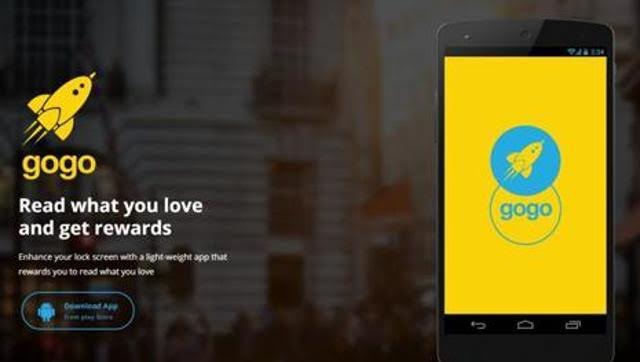 Rajat Gupta, co-founder of Planet GoGo, says, “With the ever increasing number of smartphone users, GoGo focuses to revolutionise content consumption for mobile users without having them to spend for it. A large part of the population today rely on apps for everyday content needs and GoGo provides users with curated quality content on-the-go.”

Once a user downloads and opens the app, it aggregates news and entertainment content, (from partnered publishing sites including HT Media) which the user can choose to display on his mobile’s lock screen. The 7-member team curates, summarises, and publishes about 800 articles daily. The users are rewarded through ‘GoGo points’, with free talk time for reading their content or even unlocking their phone. ‘GoGo points’ enables users to redeem talk time from their mobile operator by using the accumulated points. The company has partnered with telecom operators such as Airtel and Vodafone.

The startup aggregates news and entertainment content from over 60 partner sites including HT Media, and focuses on fashion, tech, and lifestyle in order to keep the content light, casual, and millennial-friendly. Keeping in mind the issues of poor connectivity, high data charges, low RAM and battery consumption, the app has been designed to consume minimal data and is quite efficient on the battery consumption front.

The app is targeting millennials, especially in the age bracket of 15-24 years, who normally have a prepaid connection and find data plans expensive. For them, swiping on content to earn recharge points serves as an attractive draw, the company hopes. Additionally, Planet GoGo is trying to get more of tier 2 cities’ audience on the app. Hence, the impetus to keep the content light and casual by focusing on tech, Bollywood, fashion, sports, startups, automobile, travel, and lifestyle, and not dreary news.

Ever since its launch in November 2015, Planet GoGo has recorded  70,000 downloads, with rapid early adoption in English. The app has registered this growth organically, and it aims to grow to 10 Mn users by the end of the year. Currently, the content is offered in Hindi, English, Telugu. Soon it will be available in Tamil and Gujarati, given the fact that vernacular content consumption on the phone is increasing at a rapid pace. In the next three years, Planet GoGo aims to reach 100 Mn users.

Last December, the startup had raised an undisclosed amount of seed funding from HT Media (through their subsidiary HT Digital Media Holdings Limited) and North Base Media (NBM). 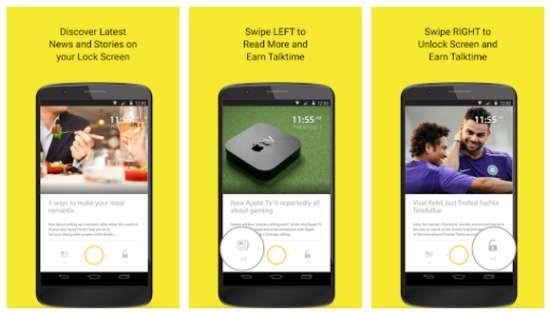 The startup is monetising through full page native ads on the app. It has 18 clients, including Flipkart, Amazon and the likes, that advertise on the platform. Going forward, the startup wants to develop an ecosystem of reward and content consumption, and monetise through allowing other content apps to use the same platform.

Daman says, “The core architecture of the app is SDK (Software Development Kit) which allows it to sync with any other content app. Hence apps can use Planet GoGo to reward their users in more ways, such as straight cash discounts on eating out, booking movies, etc. Hence, we want to solve the problem of content discovery on the go and develop a full ecosystem for rewarding users for content consumption.”

The Other Reward Givers

Given the rapid increase in consumption of content over mobile, with smartphone becoming the primary point of content consumption, the sector is witnessing the emergence of many startups which are marketing content in interesting ways and rewarding users to consume it.

Unlockar  is a similar content discovery app which lets users earn reward points for unlocking their phone screens. The startup, which was was selected in the second batch of BW Accelerate, aims to simplify preferred content delivery for users by allowing them to define content preference from multiple content providers.

Another similar startup is Gurgaon-based media-tech startup Zapr, which rewards users for viewing ads on TV.  Zapr has raised an undisclosed amount of funding round led by Flipkart, with participation from Saavn, Micromax and Mu Sigma co-founders, Dhiraj Rajaram and Ambiga Dhiraj, this January. Then there is Gurgaon-based tech startup Adstuck, whose product Reverse Data rewards users free internet for trying apps or surfing web.

While many startups are now rewarding users for consuming content, Planet Gogo’s differentiating factor lies in its mission to develop an extensive content monetisation system which can be leveraged by other content apps as well. Content is king in today’s world and countless apps are trying to solve the problem of content discovery for users in their own ways. Thus differentiation becomes a major problem given the surge of such apps. Rewarding users to consume relevant content seems to be the new differentiating trend in this domain. How fast and extensively is Planet GoGo able to develop the reward ecosystem to push itself in a different league from its competitors will be its real defining test.