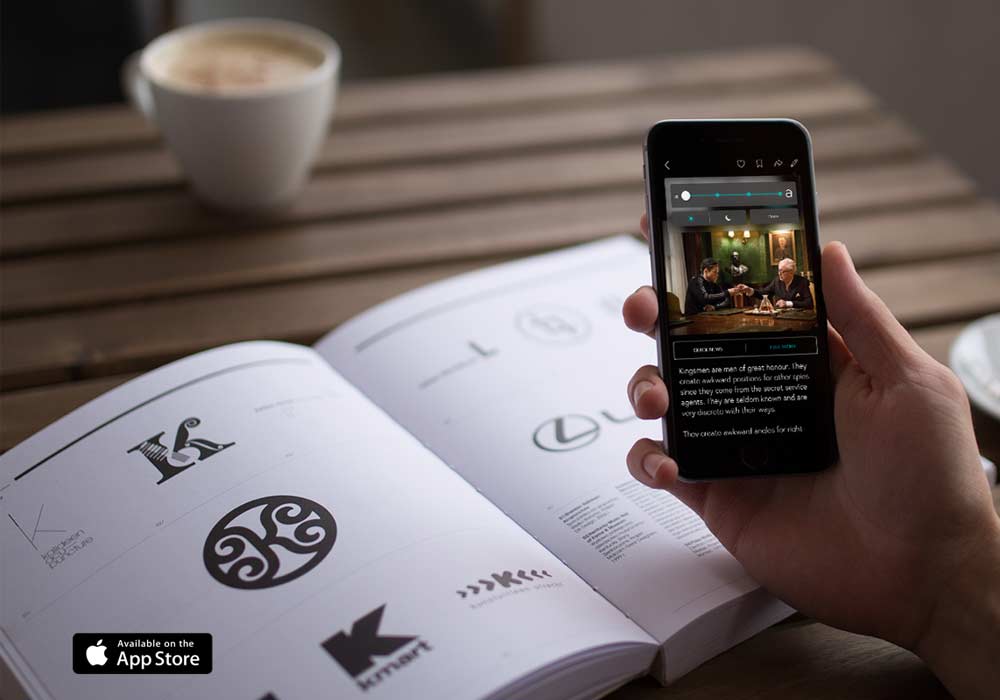 After 11 Months of Being in Beta, Pipes Goes Live On The App Store Today

Less is not always more and for that matter might not always be relevant. Especially, when it comes to things that you really care about. On one hand, there is problem of information overload when you set out to find relevant content. On the other hand, comes the  problem of restrictive information by news aggregator and curators.

What if one wants to trace interests which do not fall categorically under the purview of news? One could be interested in knowing everything about Manchester United to parenting to astronomy to Zuckerberg to Apple, and all of this information can’t be strictly labelled as news.

It is this problem of sorting out relevant content and not necessarily news that Pipes wishes to address. Launching today in the app store, Pipes, is a product that provides users with personalised content for consumption. Instead of providing the users with content they may or may not be interested in, Pipes algorithmically understands user’s consumption patterns & tailors news based on that.

For instance, if one is interested in Apple, Pipes will help you find and follow everything about Apple, and then turns those selections into feeds of popular articles and would recommend stories and interests around, ‘Apple Watch’, ‘iPhone’ and the likes. The interest could be an on-going news event or even a company name or even a topic such as fashion.

Founded by Vinay Anand, CEO and Siddharth Goliya, COO, Mumbai-based Pipes is their fourth venture together. Prior to this, they had started Food For India (an online food ordering platform) & Blood Seva (online blood bank database), both of which tanked. However, their 3rd company, Doodle Creatives was successful, wherein they worked with clients like Just Dial, Mainland China and others.

Vinay says,” For us the mantra is read what is relevant and not less.”

Pipes is a personalized news aggregator which relies totally on algorithms, neural networks, artificial intelligence and personalization techniques to curate interest based news. The news ranges from 1.5-2 Mn topics, is sourced from 35,000 articles daily from about 2,000 Indian and many other global sources. The summarisation and personalisation is completely done algorithmically, without any human interface coming into play or even the user telling the app.

Key features of the app include a Summary which gives 4 of the most important points of the article; a NewsList where users can listen to their news as well; Push Notifications which lets the user choose notifications for topics he is really interested in; and a Recommendation Engine that recommends interests, articles & other data that is curated personally for every user based on his interests.

By pushing content based on likes and literally mimicking how a human thinks, Pipes aims to solve the problem of bringing relevant content to the user and not less. In this way, it aims to score over other content and news curators which either showcase localised content or write stuff manually.

Vinay says anyone and everyone from a 16 year old sports fan who wants to follow Manchester United or a 40 year investor or even an expecting mother who wants to know more about parenting is their target audience. Since Pipes allows one to follow one’s interest which may not be news, the field is wide for it. However, at the moment, the startup will focus more on techies as well as women in general who would like to follow say fashion interests.

The startup has resorted to a lot of growth hacking in the past one year to market the product. For instance, they built a demo apple watch, which gave the first experience of the apple watch three months prior to its launch, this garnered a lot of attention for the company, resulting in a lot of organic traffic on their blog. 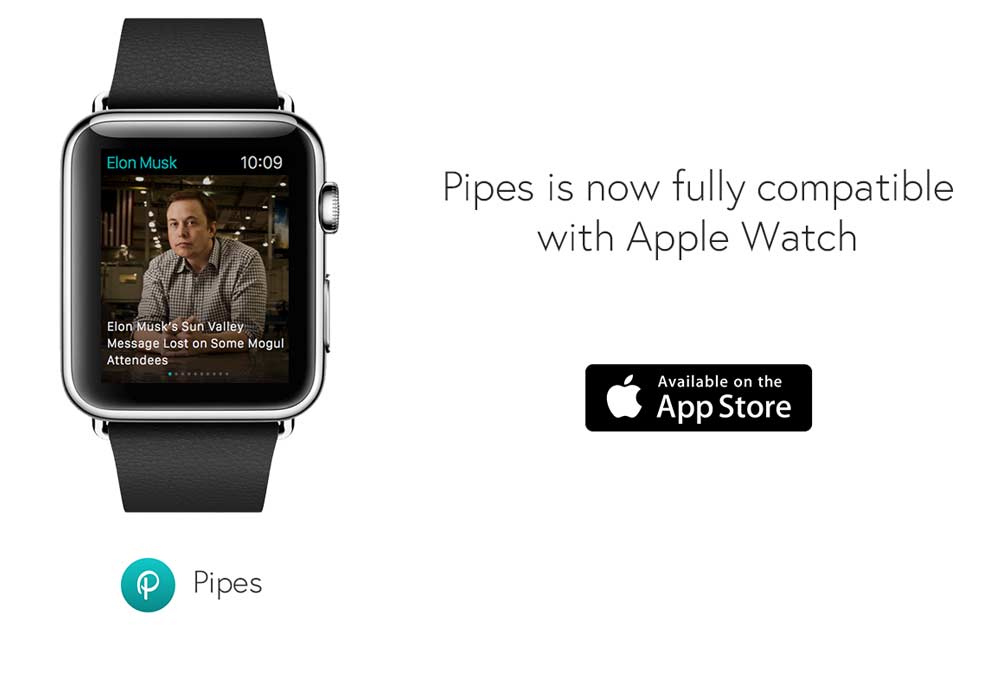 About 850,000 unique users accessed DemoAppleWatch.com in 6 days, and the startup was covered by over 550 publications including the likes of 9 to 5 Mac, TNW, IB Times, Business Insider, Telegraph, Daily Mail & BGR. Thus, the team was able to snap up huge traffic without sending any money on their marketing campaign. Additionally, with the third venture of the duo being a marketing startup, the team has been able to leverage their skills of digital marketing as well to promote inorganic growth.

The startup was in public beta phase since last year and was able to draw 70k-80k users to its platform. It got many entrepreneurs to try the app and get a feedback. As it launches in the app store, Pipes is aiming to get 50, 000 users on board in the first six weeks with a target of reaching 1 Mn users in the first year.

Currently, the company has no plans for monetisation and is only focusing on providing the best possible experience to its users. But going forward, it is looking at a monetisation model when it steps into audio and video content.

As of now, it is channelising the revenues coming from their third venture Doodle Creatives. With Doodle Creatives, Vinay and Siddarth worked with clients in the size of Just Dial, Mainland China among many others. The startup is looking to raise its first round of funding and already has an offer from undisclosed investor and will look forward to have the backing of an institutional investor by the year end. 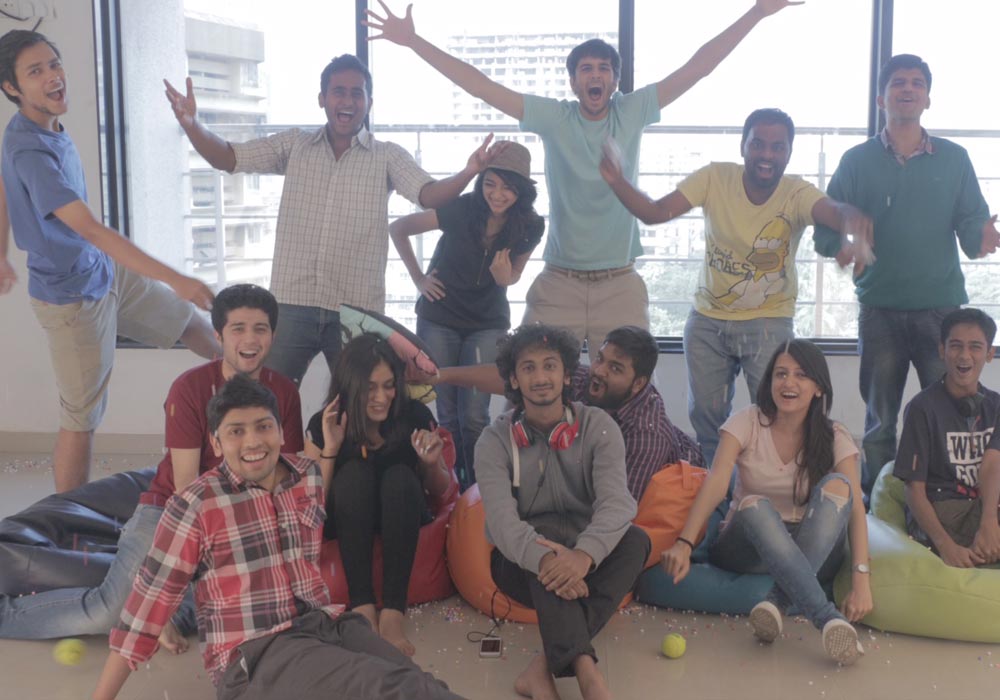 The news curation and aggregator space is already seeing a lot activity. One of the most popular players in the segment is the Inshorts app, which raised $20 Mn Series B round and has already crossed downloads of 2 Mn. The team is already working on a number of new additions, including making the app a one stop shop for a variety of curated content discovery, a personalization engine that helps users quickly find content that matches their interests and a feature to allow users to express and share opinions on news. Dailyhunt that focuses on vernacular content in the form of books and news and has raised $18 Mn in funding has seen app downloads to the tune of 95 Mn, covers content of about 175 publications, and publishes over 1.2 lakhs articles daily.

Other entrants include GSF backed Newsbyte, which aims to filter out the most apt news for the readers from all the available news & sources and provide it in a contextual timeline; Way2News which will focus on offering news in local languages and Raghav Bahl’s digital news venture The Quint. Then these is Tenreads, founded by Gokul Nath Sridhar which helps people find the ten best stories every day on the things they care about. Internationally, Flipboard falls in the same genre.

Though the space is overcrowded, Vinay believes that Pipes is well differentiated from its competitors given the fact that its USP is to read relevant and not read less. Unlike other apps, where manual summarization is a part of the process, Pipes wholly relies on algorithms and personalization engines to facilitate a reader to track whatever he loves, which might or might not be news. This Vinay believes significantly sets them apart from their competitors.

Pipes will look towards localising news in the future. Also, on the table are plans to build features wherein users can also listen to the news on the go-be it short form or long form. The app will offer both audio and video consumption in the future, which will also be its future source of monetisation. Also, on cards is the plan to enter newer western markets across the globe where the iOS market is strong.

Though Pipes is trying to carve a niche space in the news & content curation space, it will still face some stiff competition from the already popular players in the segment such as Inshorts, which is moving from being a news aggregator to a content discovery platform, as well existing global players like Apple News & Flipboard.

With the growing number of smartphone users in India and the increasing demand for finding the relevant content from the junk, Pipes will have a lot on its hands to fight for its place in the smartphones of these ever increasing users. One aspect where it already scores is that it will allow readers to read relevant personalised news and interest based content without cutting down the width or the depth of it. Rest it remains to be seen, how it will equally impress with its appeal and delivery?

PS. Pipes was among the top 5 startups that pitched at our event StartupPulse Bangalore second edition held last week.