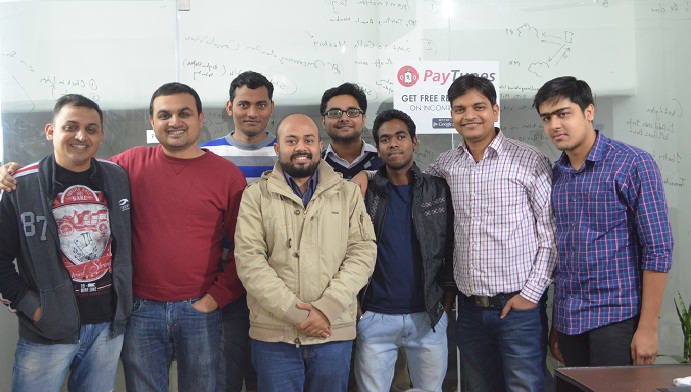 “If speaking is silver, then listening is gold.”-goes an old Turkish Proverb. The saying may be old but it could not be less true for today’s times. Especially if every call that one’s listens to gets incentivized! Sounds unreal given the fact that with rising smartphone penetration and usage, users end up paying a bomb for data usage. But what if one could simply earn recharges by listening?

That’s exactly what PayTunes does for you. The android only app incentivizes you on every received call by simply replacing the boring old ringtones of your phone with cool ad-jingles. So while consumers get greeted with an audio jingle on every incoming call and start earning points to recharge their phones, advertisers of those jingles get to benefit by relaying their ads directly to a selectively targeted audience. A win-win situation for both the user and the producer.

This unique mobile advertising platform was founded by IIT graduates Divya Pratap Singh and Rakesh Sehgal along with their third co-founder Gaurav Tiwari. Divya was earlier involved with his startup 365hops.com-a marketplace for offbeat travellers and activity seekers while Rakesh and Gaurav had co-founded Publify.in-an aggregator of digital out of home advertising spaces.  Somehow both the startups wound up at the same time, and the trio came together to launch PayTunes in July this year. 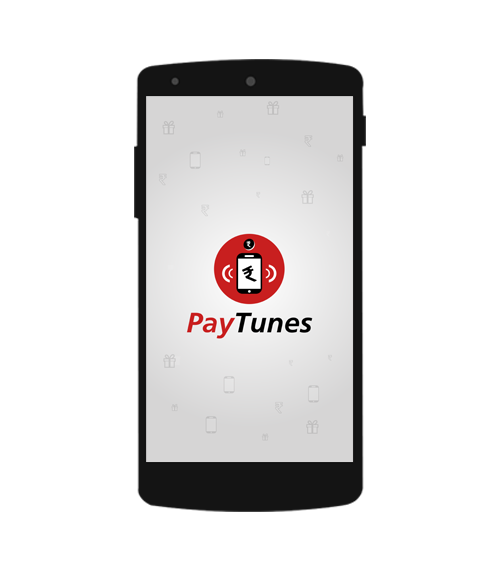 PayTunes allows advertisers to selectively target mobile consumers using mobile ringtones, thus bringing audio-advertisements to the mobile on a bigger scale. Currently, mostly mobile advertising is focussed on banner ads on mobile apps. YouTube and some other platforms provide video ads, but these are barely used by mobile consumer due to high data consumption. Through its innovative ad delivery approach, PayTunes aims to target the user through a very natural phenomenon of incoming call.

When a user downloads the PayTunes Android app, the app simply replaces his ringtone with ad jingles and rewards the user with points on each incoming call. Users can later redeem these points through mobile recharges and bill payments. Every point earned by him is equivalent to 33 points. So simply put, users are awarded points for just receiving the calls!

The whole system is automatic where the ad is delivered through the PayTunes platform and users don’t have to download any ringtones or do anything ever to get these rewards. The app takes care of everything itself. In the future, the user will also have options to dislike/discontinue certain ads as well. Additionally, whenever the user wants to switch to his regular ringtone, he can disable the app with just one tap.

For the advertisers, the platform provides an opportunity to selectively choose the users they want to target and push their ad from the platform’s back-end. The advertiser can select the tune or jingle he wants to promote, can select users based on gender, age, location, profession, frequency and duration of exact ad exposure per user, and thus create a whole customized mobile advertising campaign. 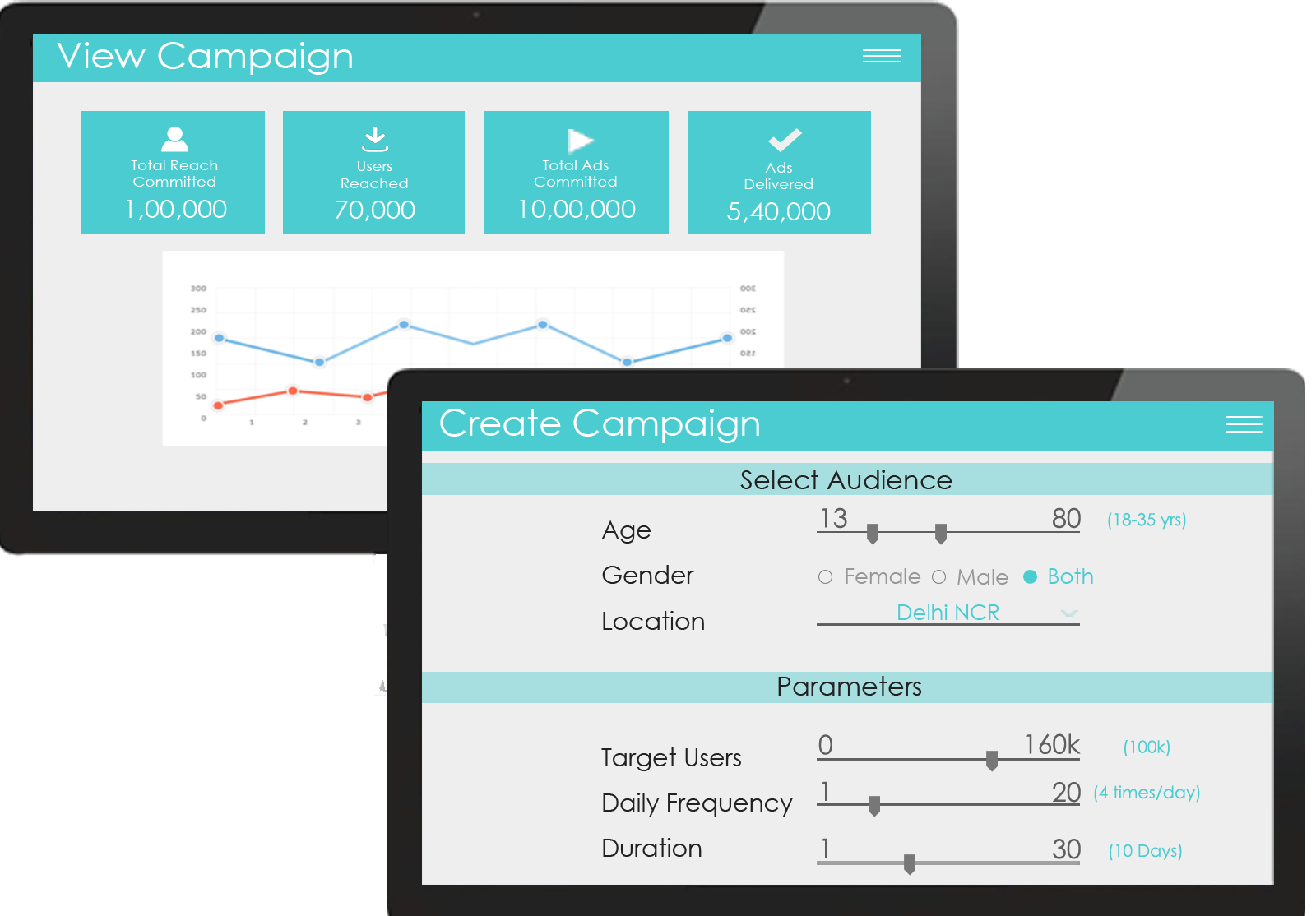 PayTunes earns its revenues from advertisers. The revenue model is similar to that of any digital advertising platform such as Facebook, where there’s a value for every impression. The startup is currently running a pilot for 4-5 brands and has seen downloads of its app by about 40,000 users.  It is registering a growth rate of 10-15% per week in its user base and aims to hit about 100,000 users by the 1st week of January.

Currently, most of its users are from metros like Delhi, Mumbai, Kolkata, Bangalore, and cities such as Chandigarh, Ahmedabad, Lucknow and Indore. By next year, it plans to be in 16 tier 1 cities.

The startup has raised around $100k in angel funding from the CIO Angel Network (CAN). The round was led by Sanjay Mehta and Anoop Mathur along with other members from CAN. Divya says that they are actively looking to raise their next round along with focussing on gaining more traction among users and advertisers.

Besides actively looking to raise growth capital, PayTunes is also aiming to hit the 1 Mn user mark within a year. Similarly, it also aims to get at least 100 advertisers on its platform in the next quarter. Currently, the 10-member team is operating in Delhi, but also on the cards is some of its Business Development work from a new office in Mumbai.

Says Divya, “Right now we are not focussing on revenues, we are only focusing on getting more users and advertisers. Firstly, we will be focussing on the FMCG and telecom companies and later expand to ecommerce and food companies. Secondly, we also want to make the platform open so that any advertiser can just come and create a campaign depending on the user profile and city profile as per his needs. We are planning to open the platform by the end of this year.”

A quick look at the some facts highlights the industry trends in digital advertising and the shift towards mobile advertising.  The Indian Ad Industry is about $8.25 Bn industry with the Digital Advertising (Video, Mobile and Social) spend growing at an average rate of 32%, outnumbering TV (12%) and Print (5%) heavily.

As per a recent e-marketer report, digital advertising spend in India is $0.94 Bn, out of which Mobile Advertising spend is $0.17 Bn (18% of digital advertising expenditure). By 2019 the digital ad spend is expected to grow to $2.17 Bn, out of which mobile is expected to contribute $1.23 Bn. Needless to say, trends clearly point out that as with rise of smartphone penetration and its consequent impact on ecommerce and mcommerce, majority of digital spend is going to happen on the mobile.

Consequently, opportunities galore for mobile advertising platforms like PayTunes and others such as InMobi. While PayTunes is a highly differentiated product, it will face tough competition from contenders such as InMobi. InMobi has reportedly raised $100 Mn from a consortium of lenders led by the US-based Tennenbaum Capital Partners in September. The company has been engaging in a number of strategic partnerships to enhance its audience base globally and compete with Google and Facebook in the $100 Bn global mobile advertising market.

PayTunes offers an interesting proposition to both users and advertisers. While users gain by doing nothing and simply watching points convert to recharges through incoming calls, for advertisers it presents a unique way to promote brand recall. However, the concept might not appeal to all types of users who might be inconvenienced by listening to ad jingles rather than ring tones to which a vast majority are habitual of. How convincingly can PayTunes inspire users to give the novel concept a break will depend on also how effectively is it able to service recharge requests and also those of discounting the service when a user wants to switch to their regular tones once in awhile. PayTunes will have to walk this tight line between remaining exciting and turning annoying by targeting the right type of users and bringing the right kind of advertisers on the platform. It will be interesting to see how its concept competes with the more prevalent ways of mobile advertising such as banner and video ads.