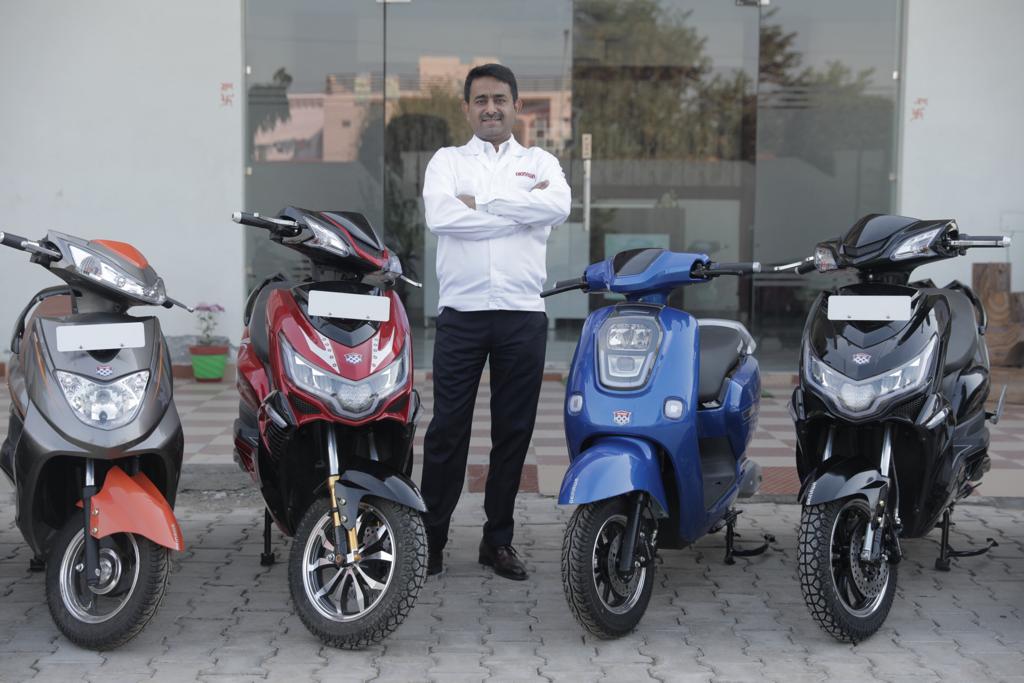 With two manufacturing units in Rajasthan, Okinawa has eight variants of electric scooters

Lack of infrastructure only an impediment to electric car adoption, according to Okinawa’s Sharma

“People think that lack of infrastructure is the biggest challenge for the adoption of electric vehicles in India, however, that is only in the case of four-wheelers,” said Jeetender Sharma, cofounder of Okinawa Autotech.

Sharma’s belief stems from the fact that detachable batteries are becoming more and more popular among EV two-wheelers. He likens it to users charging a smartphone or any other gadget at home. With a focus on battery swapping and charging the replaceable battery packs at any electrical plug, Okinawa Autotech is looking to flood the market with its EV two-wheelers over the next couple of years.

“The scooters have a detachable battery that can be charged as simply as a mobile phone at homes.”

As a mechanical engineer and with over a decade of experience with Honda Motorcycles and Scooters India, Sharma established Okinawa Autotech in 2015 along with Rupali Sharma with the aim to break the myth that electric vehicles cannot compete with petrol and diesel two-wheelers in terms of performance, speed and reliability. Along the way, it also realised that it needs to solve the mindset of Indian consumers of wanting as much value as possible and not wanting to spend extra to change their habits.

“I visited this island in Japan called Okinawa which is known for its zero-pollution environment. This experience worked as an inspiration to start something that would contribute to creating an eco-friendly environment in India,” said Sharma. 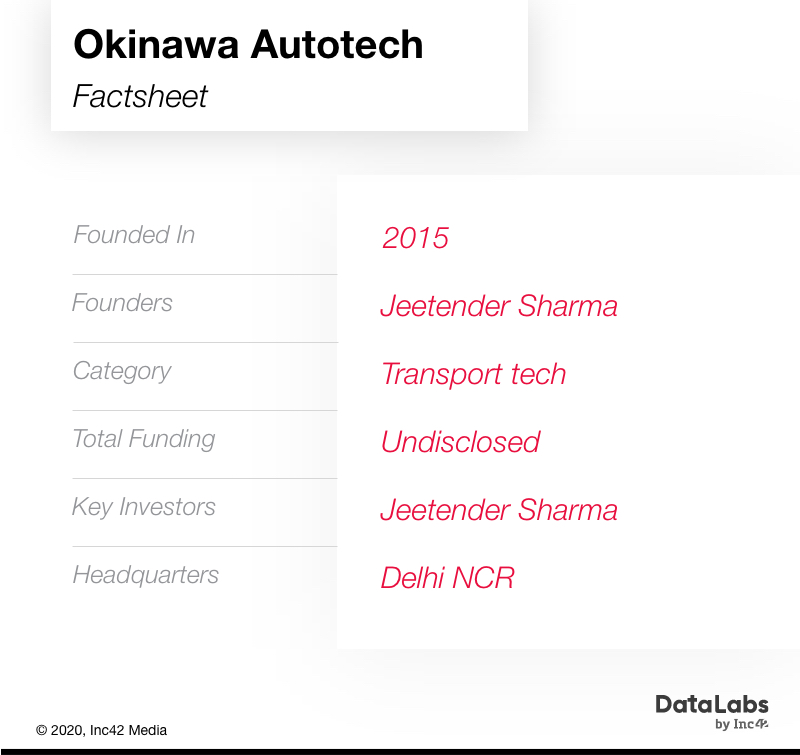 With two manufacturing units in Rajasthan, Okinawa has eight variants of electric scooters. The company prides itself on its patented battery manufacturing system that is backed by artificial intelligence, machine learning, and the Internet of Things ecosystem. It has made manufacturing a key target for itself with big investments in 2019.

In June 2018, the electric two-wheeler maker also ran a ‘Praise De Himalaya’ campaign. The event was aimed at creating awareness about the capability of electric vehicles and Sharma attributed its success to the use of detachable high-performance batteries.

Okinawa claims revenue of INR 150 Cr in FY19 and expects income to remain constant in the current financial year as well. So far Okinawa is self-funded and has a PAN-India presence and has plans to launch a gender-neutral motorcycle in the near future.

“We recently launched PraisePro with a detachable battery, which would ensure easy charging. We also came up with an anti-theft battery system which enables the battery to get locked in, thus avoiding any theft. Hence, we have been taking steps to provide products that are efficient in every manner,” said Sharma.

Tailoring EVs For The Indian Consumer

As India bets high on small vehicles for easier adoption of EVs, the market is witnessing an influx of more participants. The growing number of companies, however, is not deterring Okinawa’s Sharma who believes that the electric vehicle market has no competition because there’s so much to tap still that the EV industry will grow exponentially in the next few years. “If you see, at present, the market size is so big that there is space for everyone. You only need to offer good products with the right technological innovation.”

Entering a market where the consumers are skeptical or hesitant about the product comes with characteristic challenges.

“I was advised not to venture into this space as EVs are difficult to sell but if you understand the consumer and take action according to that then nothing can stop you.”

Change in consumer mindset, in-house battery manufacturing, and efficient supply chain management pose challenges for the EV sector. But Sharma believes that higher adoption of electric vehicles will eliminate these hurdles automatically. And the only way to catalyse adoption is by tackling the range anxiety and the need for charging infrastructure in the meanwhile.

Various industry participants earlier expressed their concern on the government’s missing mention of electric vehicles in the recent Union Budget. Among the major concerns raised by the industry, the primary one is around nationalised banks not extending loans to EV startups over their assets. Secondly, there is a huge delay in the subsidy fund disbursal under phase 2 of FAME. In addition, the EV makers had demanded to reduce the GST on lithium-ion batteries from 18% to 5%, This could reduce the cost of electric bikes by almost 10%.

Naturally, Okinawa will also see the price benefits of any reduction in battery cost, but there’s a long way to go for the industry before the government makes this happen. Sharma believes that the private sector alone cannot afford to build an infrastructure that would address the requirement of masses.

“It is motivating to see the government announce ambitious targets and policies that are favouring the mobility revolution. At the customer level, if we see the EVs are economically viable in the longer run. Over the period this is sure to push the demand in the market,” he added.

Okinawa claims to have a running cost of 10/20 paisa per Km. Highlighting the propensity of Indian consumers to look at ways to save in every little way. “You often hear the phrase, ‘Yeh dekho, cycle wala aage nikal gaya.’ The Indian consumer is extremely range-conscious and we understood that.”