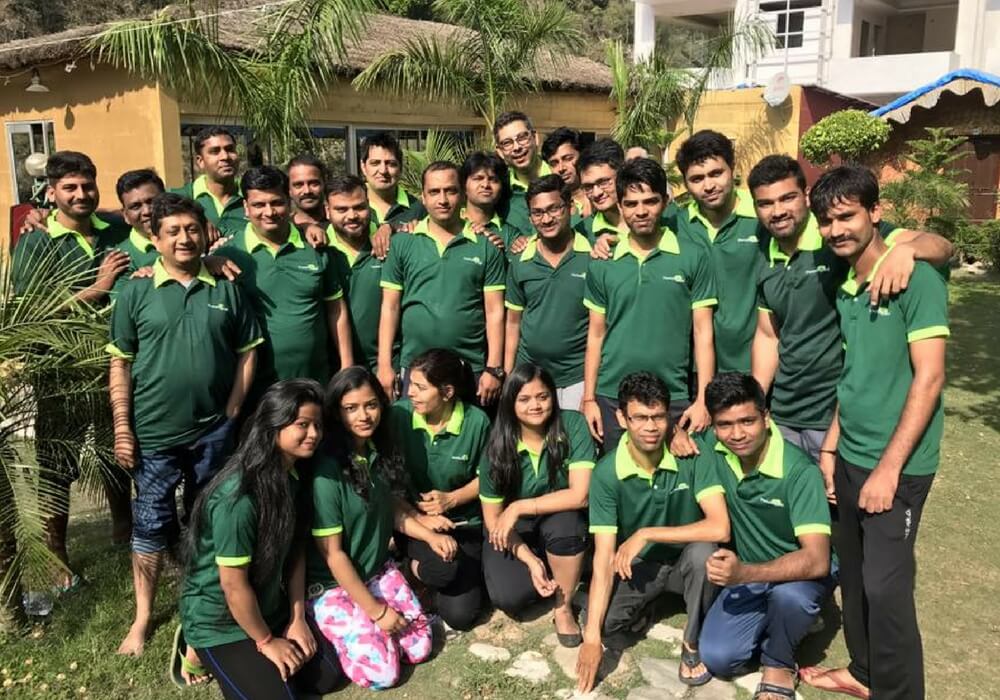 Founder Annu Grover Talks About The Nurturing Green Ecommerce Journey, From Then Till Now

Indoor plants ecommerce startup Nurturing Green and its founder Annu Grover have had a true-blue dramatic start in their entrepreneurial journey. At one point in time, even exhausting runway capital and not being on talking terms with his family, before having a changing of fortune. He quit the lucrative consultancy job he’d joined in Amsterdam after completing his MBA, came back home and decided to start a gifting business which included plants and flowers – because, as per him gifting is the very ethos of Indian culture. And gifting a plant is both an eco-friendly and classy gesture.

Annu, then in his mid-twenties, began Nurturing Green in 2009 after gifting his parents a bouquet from popular nursery chain Ferns n’ Petals while studying in Europe. “When I asked her what she’d done with the flowers, she told me quite innocently, beta woh toh fek diya (I threw it away).” Realising that there was a real need here to change the mindset regarding spending money and expanding emotions on gifting something as ephemeral as a plant, Annu took the plunge.

Eight years later, the company is now growing at least 2.5x-3x  and has delcared revenues of $1.8 Mn (INR 12 Cr) for FY ’16-17, with a 13,000 sq. ft Nurturing Green Mall opening up in July 2017 in Delhi, Annu divulges. The company also counts Dubai-based firm I3 Consultancy as their sole investor, a conscious decision on the founder’s part, despite having the rockiest of starts in his journey to make it as an Indian entrepreneur. 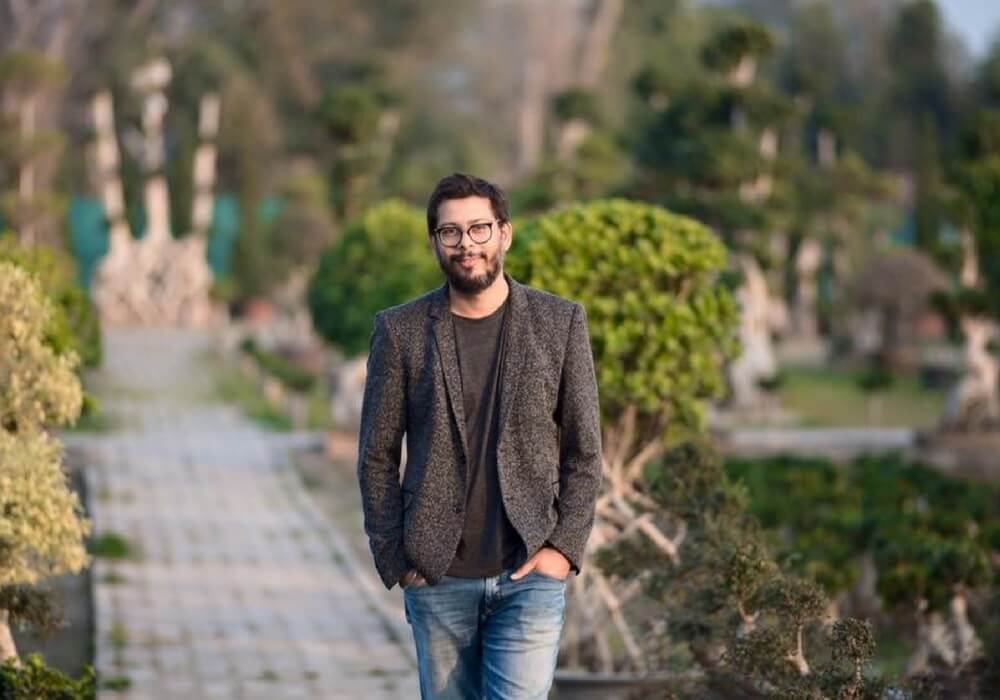 Nurturing Green began its journey during the pre-startup boom in India. The team started sales with corporate gifting arena and the go-to traditional retail path – a retail store. Having sourced Zodiac plants from local nurseries (plants corresponding to the 12 Zodiac signs) with plastic pots picked up from Delhi’s Chawri Bazaar, Annu bagged outdoor display space in Noida’s Shipra Mall, rent-free, where they started getting 5-10 orders per day. On the corporate gifting front, the fledgeling business bagged the gifting rights for the year’s Green Golf Cup, with an order for 80 pieces – for a modest INR 12,000-INR 13,000 in sales.

The next year, when the runway capital was exhausted, doing business finally took a toll on Annu. “I hadn’t talked to my father in almost 18 months, when one day in 2010, after defaulting on my education loans and the police showing up asking for me, I had no other avenue left anymore except to go back home to Lucknow,” confesses Annu. The business would have ended almost before it began if he had gone back home and taken his place in the family business.

“I arrived at Lucknow station at 7 am and sat there on a bench for 2 hours. Till 9 am. Then I took a train back to Delhi and decided to give it one last shot.”

That shot turned out to be entering the ET Tower of Ideas competition, the 2010-11 edition – a grant given by the Government of India to the tune of $7,767 (INR 5 Lakhs) to 10 deserving applicants. Annu made it through to the Top 75 entrants and Nurturing Green’s business plan was one of the chosen awardees.

“So, this is the best part,” Annu says. “The ET photographer ended up using the picture of me and chief guest Narayan Murthy on the front page and it kind of set the ball rolling for everything that happened later – starting with the funding calls we received.”

Nurturing Green Milestones: From Almost Shutting Down To Growing 3x Every Year

After the Tower of Ideas win, the company received funding interest from Dubai-based I3 Consulting. “They contacted us, told us they liked our idea. And within 15 days of the first meeting, wrote us a cheque of $155K (INR 1 Cr). There was no due diligence done. Just backing our idea.”

The next two years, Annu focussed on two things – nailing down the philosophy of gifting plants to make it the cornerstone of the business model and expanding their retail footprint. 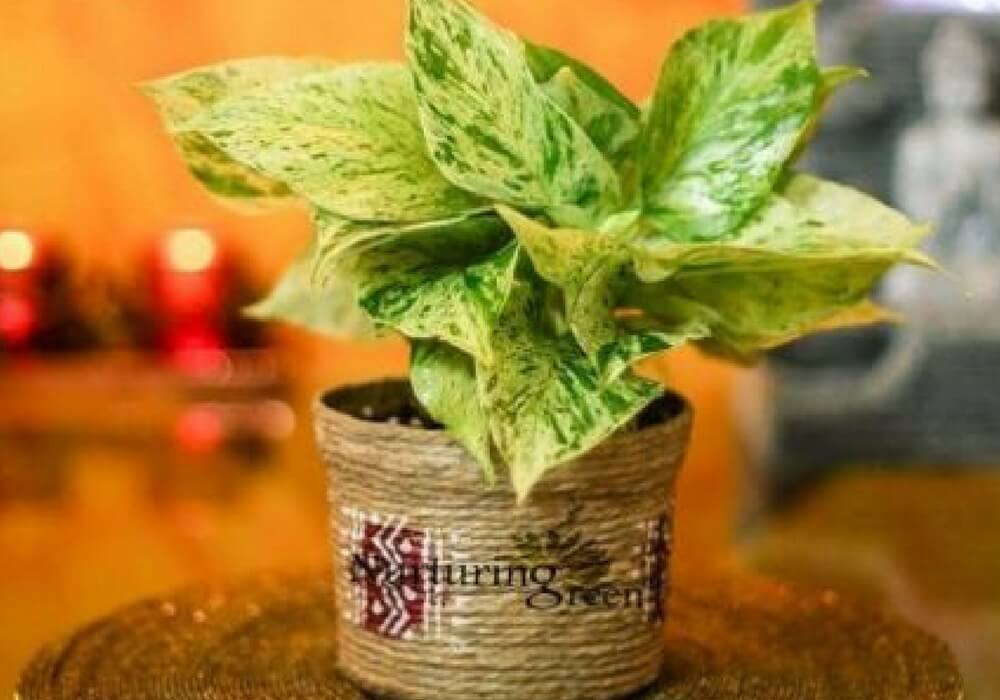 The first – nailing the philosophy – was accomplished by changing the “Gift-A-Plant” experience. “We focussed on presentation and description to set us apart. The package shouldn’t be too heavy. The pots also had to be fancy, no cheap plastic numbers. We also decided to pivot our product – our plants by sourcing outside of India as well as creating new species (hybrid/grafted) of plants.”

The idea was to not just the traditional window/balcony space but also indoor spaces – encouraging the notion indoor greenery with minimum fuss and maintenance. As per Annu, the average cost of Nurturing Green plants was anywhere between INR 200 – INR 2,000 in 2011.

With the funding, the company was also able to hire for different positions, and also enter the traditional retail vertical – Shop in Store through home décor. “The shop in shop vertical was a big win for us. We began with displays in Home Centre (part of Lifestyle chain of stores) and Homestop (part of Shopper’s Stop), six stores in Delhi-NCR, in all. Today, we are present in 25 stores in 12 cities.”

The expansion was the name of the game for the fledgeling company as they looked to capture the gift-giving and décor markets in the cities of Bengaluru, Hyderabad, Chennai, Jaipur, Chandigarh and NCR. And the reason they were able to quickly establish themselves can be condensed in one word – tech.

And Nurturing Green focussed on getting the backend right before they went about capturing a new city. This meant ensuring that everything – from warehousing, inventory, sourcing from Indian and international suppliers (Chinese growers), forming SiS partnerships happened through the careful deployment of tech – be it ERP or logistics and more. 2012-2014 was all about focussing on the unit economics – hiring exclusively for tech in the digital domain (marketing and website end) – and sales. 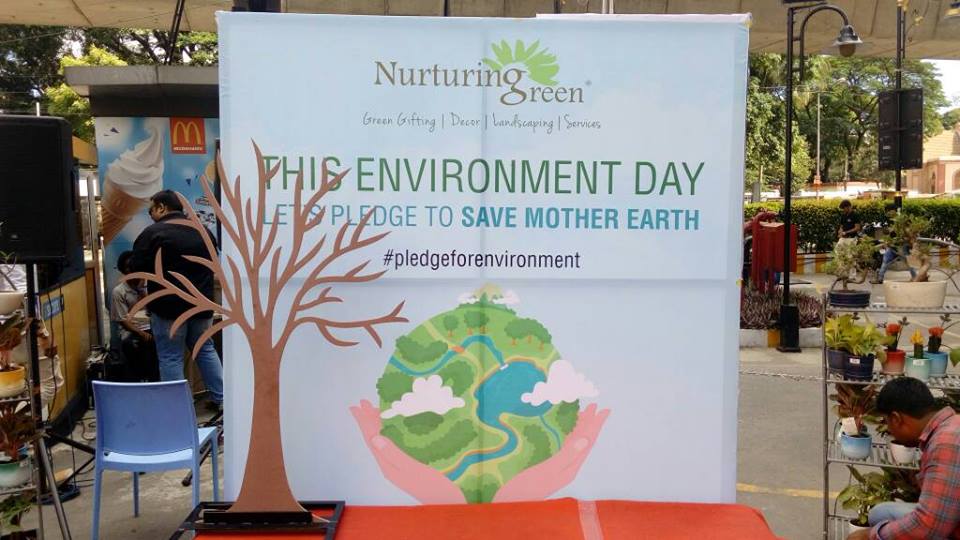 This focus resulted in the company declaring $466K (INR 3 Cr) in 2012 and $466K-$621K (INR 3 Cr-INR 4 Cr) in revenues over 2013 and 2014, respectively. Annu does disclose that he spent a futile six months chasing investors only to have them throw his pitch in the shredder when he walked out of the meeting, resulting in a loss of focus that nearly affected the business.

“We almost shut down again,” he chuckles, nostalgically. “But, I soon realised the effectiveness of being bootstrapped and focussed on getting our sales mantra right.”

One of the key offline initiatives that the company undertook was the Gift a Plant For A Girl Child partnership with Fortis Hospital in Delhi, as well as a similar partnership with Toyota showrooms in NCR – netting publicity as well as customer retention.

2015 was when tech became a big part of Nurturing Green’s basic operations as the business model became tech-inclusive. On the customer-facing front, the company launched an app in the beta version that looks to bring together a community of Nurturing Green enthusiasts, has an in-house Plant Doctor assigned to every plant bought on the website or in the retail outlets as well as helps with plant management.

“We are focussing on building engagement through this app and reaching a kind of critical mass of users, so that we can go after partnerships with other eco-conscious businesses such as cab aggregators running pools and so on, to leverage them.”

As per Annu, the company has seen 2.5x growth in 2016 and all the stores are profitable. “It sounds basic but loss-making ventures are not encouraged and we pursue two things aggressively – unit economics and time management which add value to the brand and sales.”

As the company has grown, so too has the target audience, to now evolve into the eco-conscious 24-45-year-olds who are looking for a change in their hectic, nine-to-nothing lifestyle. The founder informs me that air-purifying plants are one of the bestsellers, and there are enthusiasts and aficionados who spend anything up to INR 1 Lakh on decorating their premises with plants and landscaping – among them, Amitabh Bachchan.

While the consumer-facing app is still in early stages and amassing decent traction, Annu Grover and team are also looking to green up the retail trade – with the launch of a 13,000 sq. ft. Green Mall in Delhi in July 2017. Based on Singapore’s famed Gardens by the Bay and containing 200 ft tall Supertrees. The main features include running exclusively on solar energy, theme installations and an IKEA-like model of Make Your Own Plants (MYOP), among other things. 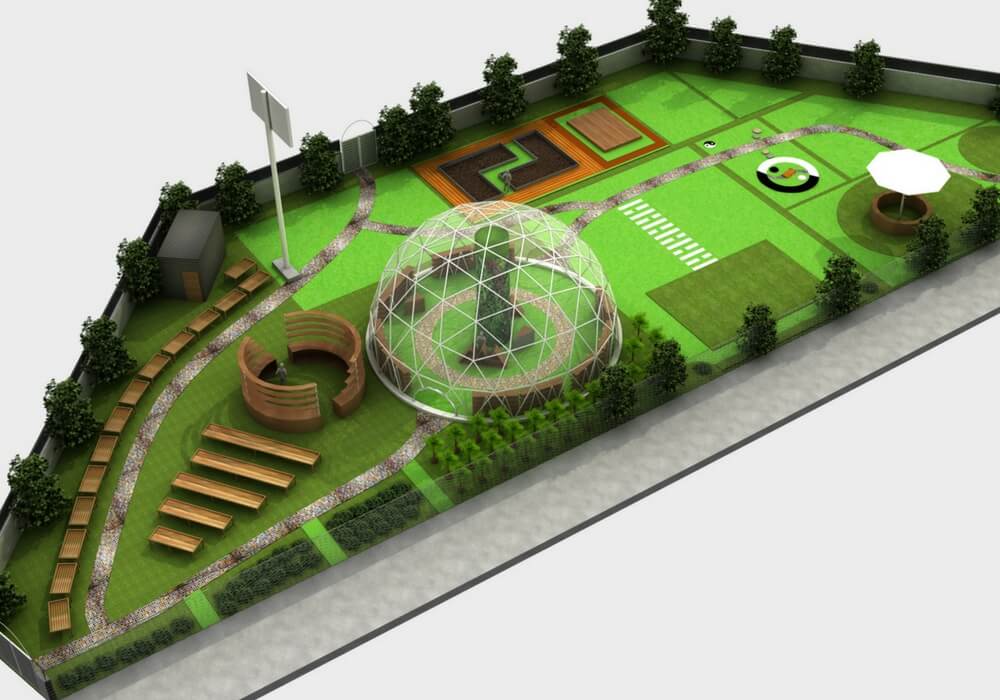 While the startup competes with roadside nurseries mushrooming in urban spaces, they count ecommerce brands such as Exotic Green, Green Grower, Rolling Nature, the flower-gifting segment of MyFlowerTree among their competitors. They also count burgeoning landscaping businesses as part of the multibillion-dollar market they are trying to capture. But Annu is insistent that what they are eventually competing for are consumer headspace and attention. He is candid when he concludes with,

“I am worried about creating an iconic brand. One that will last in people’s minds forever. Our tech integration, our sales figures and last year’s revenue numbers – that is what we are looking to beat this year.”

Climate change is the buzzword this World Environment Day, being celebrated this week. With the Paris Agreement being signed and uniting the world under a common cause, going green is the one thing that the nations, as well as corporates and SMBs of the world, are willing to agree on.

Plus, affluent citizens in urban areas are also acutely affected by pollution and deforestation, becoming desperately aware of the need for an alternative and cleaner lifestyle – organic and more in tune with nature. With the confluence of these events, Nurturing Green and other contenders such as Exotic Green, Green Grower and others are looking to leverage the traditional ecommerce and O2O business model to affect real change, while aiming for profitability.

But, it does remain to be seen how far Annu Grover and the Nurturing Green team are able to leverage on user’s sentiments, and the technology they are building out, in order to achieve immense scale in the limited time frame they have set themselves in the indoor plants space.