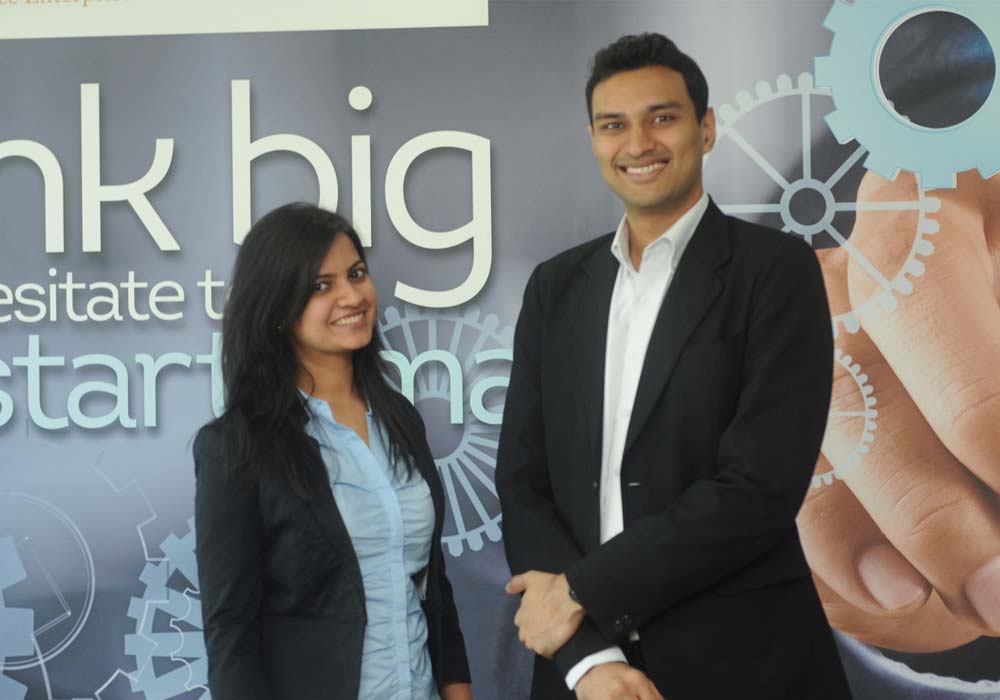 “Do you know that trucks of United Parcel Service (UPS), one of the world’s largest package delivery company, do not make a left turn in the US?,” mentions Dhruvil Sanghvi, founder of logistics analytics startup, LogiNext Solutions. “It is to reduce the amount of fuel used, save time, and use space more efficiently.”

Baffled, I did a fact check, and  to my surprise, it was indeed true. UPS engineers found that left-hand turns were a major drag on efficiency. Turning against traffic resulted in long waits on left-hand turn lanes that wasted time and fuel, and increased chances of accidents. By mapping out routes that involved “a series of right-hand loops”, UPS improved profits and safety. This was made possible by its software, ORION (On-Road Integrated Optimization and Navigation), which got the attention of Dhruvil and Manisha Raisinghani, the co-founders of LogiNext. Both of them were keen on big data and had attended Carnegie Mellon University together to study Big Data and Analytics in 2009.

As luck would have it, post graduation, they got to handle a number of clients in the logistics space while working as consultants for Deloitte and IBM Consulting in the US. It was then, piqued by big data and data analytics, the duo got to thinking how they could replicate  the UPS technology in other countries. In India, they found managing logistics highly manual, inefficient, and hassled;  expenditure on logistics was about 13% of the India’s GDP, while in the US, it was merely 8% of the total GDP.

Dhruvil and Manisha decided to use their previous big data experience to build a product which companies handling logistics could utilise to cut down cost without compromising on customer experience. The timing was perfect. The last quarter of 2013 had witnessed a huge surge in ecommerce, hyper local commerce and services based on the Uber model in India. A lot of startups and even large companies were rushing to tap the opportunity in logistics, but most of them were incurring losses because of very high cost, uncertainties and frequent delays.

In January 2014, the duo quit their jobs and invested over $70K into building a product from ground up in about 6-7 months.  And LogiNext Solutions was launched in August 2014.

LogiNext’s software is an adaptation from the ORION software of UPS. It analyses data in real time for clients, informing them about the exact location of their delivery people and advising them on the best routes. LogiNext basically takes care of the entire back-end technology for its customers.

To gauge how LogiNext is faring, here is a comparison  with ORION software of UPS: 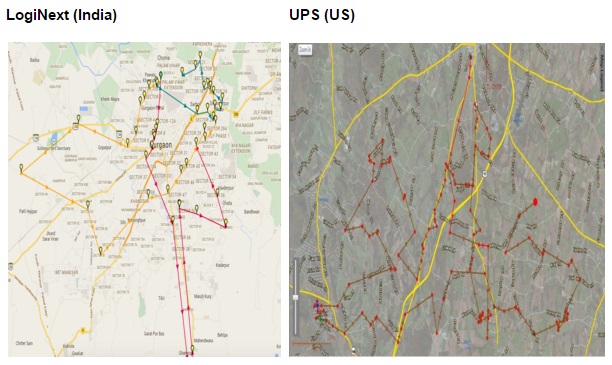 According to Dhruvil, the company’s target market consists mainly of express logistics companies, last-mile delivery companies, retail distribution companies, and manufacturing companies. Out of these, the first three make up for the major portion of their clientele.

The startup follows a SaaS-based pricing model for its software or asset-based pricing, typically selling one license per asset. An asset could be a vehicle, a bag of shipments, a delivery person, a biker or even an individual shipment/transaction. Currently about 60 companies are using its services including the likes of Flipkart and Paytm. About 25% of these clients are enterprises while 75% of them are SMEs.

On a daily basis, LogiNext’s software powers 50,000 shipments. The startup is aiming to hit profitability with 50% EBIT Margin by year end 2015, while increasing the number of customers to 200 by that time.

LogiNext Solutions had raised its seed round of funding of about $600k from Indian Angel Network in March 2015. This was followed by another funding round in September 2015, wherein it raised a whooping $10 Mn in Series A funding from Paytm.

According to Dhruvil,  although LogiNext Solutions has been getting offers of another follow-on round, they are taking their time to choose who to associate with. 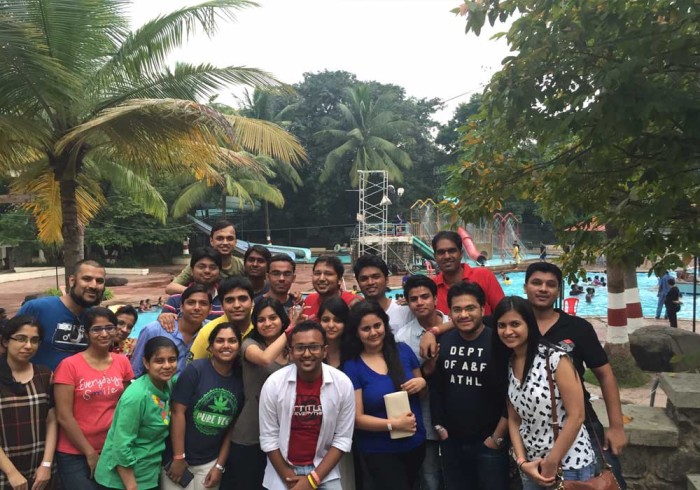 Given the surge in ecommerce and its trickle-down effect on logistics, the space has seen a lot of startups mushrooming of late. In India, LogiNext Solutions faces competition from startups such as FarEye and Delhivery, while globally it competes with startups like Bringg and Onfleet besides some established players like Infor and JDA software.

Dhruvil, however, feels that not many are optimally leveraging big data potential to power shipments. He believes that most competitors started as logistic companies and then went on to collect data. “It is much more difficult to perform deliveries and then collect data than to just collect data while others are undertaking the painful task of executing deliveries. To give an example, Paytm powers 1 lakh data shipments per day. So one can well understand how massively big one has to be to deliver those many shipments every day.”

The Indian logistics market is estimated to be around $385 Bn but barely 10% of it is organised. Additionally, as LogiNext is a pure tech product company, unlike many other feet-on-street logistics-based startups, the market is further reduced.

The startup is spending heavily on tech to ramp up its product and to offer an unbeatable product in the market. Going forward, it also plans to almost double its team size from the current 40 in the next two-three months by hiring across product, business development and account management.

Dhruvil, says, “India has always dealt with problems by employing more man-power. I feel bad when I hear many startups claiming that they are growing by showcasing the number of employees they have. We, at LogiNext, believe growth does not simply happen with manpower. It happens in terms of product and business development. We don’t over hire and we are very careful and picky about whom we take on board. Not over-hiring sometimes puts additional pressure on existing employees but it has huge advantages. For instance, while many heavily funded startups have laid off workforce, we have given a 30% salary hike to all our team members as Diwali gift.”

LogiNext’s focus is going to be on hiring professionals with experience in scaling up sales and technology platform. For instance, it has hired one of the first employees of UPS India and ex-Senior GM of DHL India, Sunil Talvadkar as its VP Operations. It is also partnering with Carnegie Mellon, University of Illinois – Urbana Champaign and other top research universities in the US to get access to their PhD candidates who can help with developing even more sophisticated algorithms.

India’s ecommerce space has grown rapidly in the last few years. In this high competitive environment, ecommerce firms are aiming to reduce delivery time to enrich customers’ experience. With so many ecommerce players jostling for maximum visibility, customers’ expectations are also rising with each passing day. They are ready to spend extra money for faster services. Faster delivery therefore has become the much-in-demand ace. LogiNext’s technology of real time tracking and logistics analytics makes it possible to spot delivery bottlenecks and address pain points in the distribution networks and supply chains.

While many logistics analytics startups have entered this space and are leveraging data analytics, LogiNext has its sights set big on using Big Data to its advantage to surge ahead of the competition. The real challenge for logistics companies is how do they scale up and bring down delivery costs to the lowest; they have to focus on unit economics.  It will be interesting to see how LogiNext’s technology will power its growth in the logistics space. Its hiring strategy, though, gives it an edge.