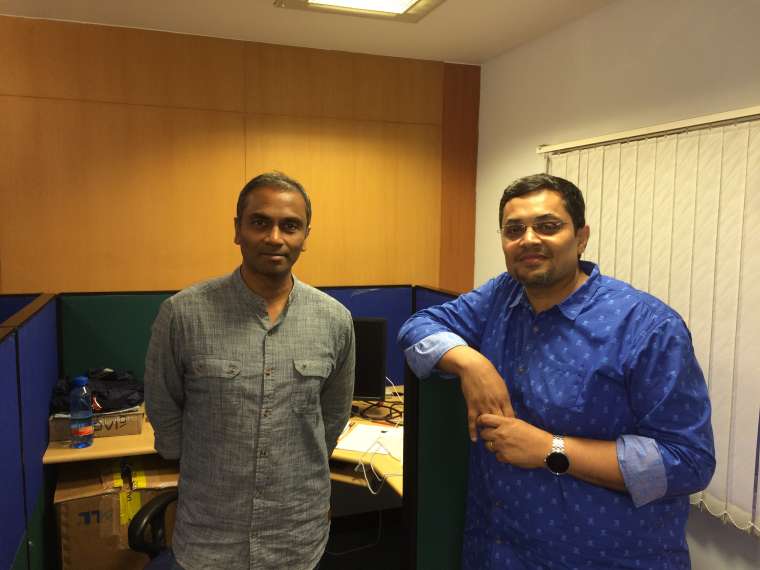 Aims To Have Over 50,000 Live Deals On The App At Any Point Of Time

You are sitting at a coffee shop in a central business district, thinking of getting a haircut, or worrying about your health and fitness, it should not be utopian to your mobile to find a nearby salon providing haircut at discount, or a nearby fitness gym offering membership discount right away.  There are many apps offering deals and discounts, there are many app to locate nearest store, but live deals was missing.  And this is what Zovi founders, Manish Chopra and Satish Mani realized during a casual conversation.

In the next few months, it evolved into an idea of bringing a new O2O (online to offline) service marketplace, Little, which will connect merchants and small businesses with customers. While merchants will see higher utilization of their assets,  customers will be getting same service at a better rate. Manish said, “We spoke to many merchants, and found their major pain point was getting customers. Be it fitness center, salon, restaurant or any service, the average utilization rate was between 45%-60% only. Heavy marketing spend on ads, fliers and even social media wasn’t drawing enough traction.”

He added, “We are not a ‘marketing partner’ who helps them get only for a bit and then goes to market their competitor. We stay with them to help them sell their extra inventory, when and at whatever price they want to do so.”

What Little Has To Offer

Manish Chopra,a technology veteran with 20 years of vast experience, has worked with global firms like Oracle and Microsoft. He was heading Microsoft in Singapore before he was appointed the CEO for  Zovi.  Co-founder Satish Mani, before taking the role of  Chief Technology Officer at Zovi was heading the technology division at Cleartrip.

Little is an app-only deals marketplace that offers deals based on location – restaurants, theatres, hotels, weekend getaway, salons & spa, gyms and more. Customers can browse through a number of deals on the app based on their location and get a list of the deals. The difference here is these are live deals that are running now, but might get expired say in two hours. This provides an impetus to the customers to take action, encouraging them to make a purchase.

According to Manish, Little will build analytics to pick details of users’ behavior in terms of kind of deals they like or tend to buy and start to personalize their results based on such learnings.

These deals are however managed by the merchants. The platform is a dynamic marketplace, where merchants control the amount of deal, the timing and duration of any deal. After a customer accepts a deal, he/she can share the coupon on app and use the deal. One such merchant is Paytm. Whenever customer uses Paytm wallet to recharge a phone or pay any bill, he/she can either chose to take a coupon from Little, or pay for services through Paytm wallet. It has also clinched a deal with Café Coffee day, live across its 900 outlets in 11 top cities.

Little follows a simple business of commission per customer per service. At present, the product is still in beta phase and made available to select 4000 people for use. The final product is expected to be out for public download towards the end of this month. However, Little claims to have boarded over 7000 merchants and once it is out in market, it will have almost 15,000 live deals on the platform, across 11 cities.

The larger game plan is to have the largest and deepest merchant ecosystem, positioning itself as largest marketplace of deals in the consumer lifestyle space. The target is that at any point of time, there should be at least 50,000 live deals on the app, with over thousand merchants.

The company recently raised over $50 Mn in first round of funding led by Paytm and existing investors of Zovi, SAIF Partners and Tiger Global. The company currently employs over 400 people.

According to a blog post in India Brand Equity Forum, coupon sites receive 7.6 Mn unique visitors in a month, making it almost 13.5% of the total e-commerce market in India.

Challenges Ahead And Competitive Landscape

Little is trying to bridge the gap between the unorganized and scattered merchant market, and the customer. While they are talking about huge numbers, on boarding merchants has been a challenge for the team. Even if these merchants understand the business model and are cognizant about the returns, they have grown skeptical seeing many companies/startups venture into this space over the last five years and fall or fail to make an impact.

Secondly, many years ago, around 2010, a Bangalore-based startup came up with a similar business model of location-based deals. Tazzaa, later renamed as Localbeat, died a premature death. It was very early in the game, even before location based services became common, and there weren’t many Android smartphones around to adopt it. Furthermore, the merchant education and awareness remained difficult. Little is little benefitted with its timing and market readiness; however, the secret sauce will be in execution.

What Little is offering might look similar to that of Groupon or Freecharge coupons or typical couponing site like CouponDunia and CouponRani does. But the differentiation should be localization and personalization through analytics.

With over million customers using their smartphones for buying deals and increased awareness among the merchants towards this new trend, the time is ripe to be in market, however, this is a business with low entry barrier. It will be interesting to see how they achieve scale and constant fund flow, because among all success stories we also have stories of startups failing to cope up with the market competition.