Too Lazy To Do Your Laundry? Now There’s A Startup For That As Well

Too Lazy To Do Your Laundry? Now There’s A Startup For That As Well 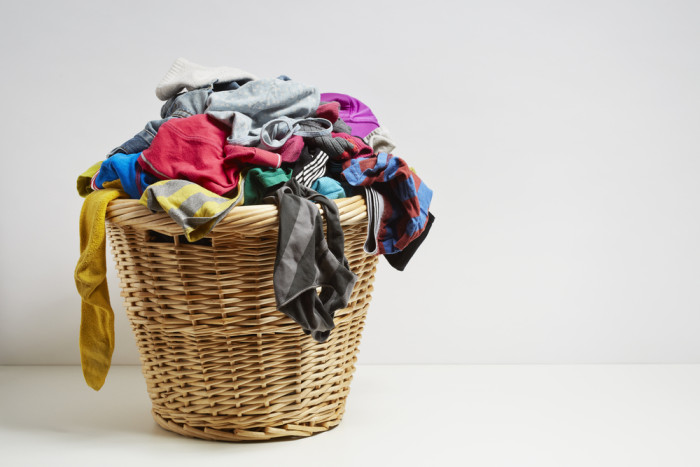 Daily chores can be tiresome and time consuming which reduces a person’s time significantly in times when 24 hours in a day are not enough. One such arduous task is to do laundry. Now you get it why every Indian movie starts with a scene people doing washing clothes. To do away with this Bangalore based startup MyWash has worked its way around the whole laundry business taking it online and wooing its customers with efficient and speedy service.

How It All Started

The Startup was founded by Silus, Raghu and Balaji. Silus and Balaji are graduates from BITS Pilani and Balaji is an YIF alumni. They started working on the idea from July 2014 because they were facing a lot issues with their own laundry. During their graduation a washerman used to come once in a week but when they started their professional career they had to travel to shops with their clothes which inspired them to resolve the issue in this space. The company started with these three and now has a team size of eight people. The company’s biggest challenge was to gain people’s trust in the company and also to get early adopters as well. After months of success, company started to flourish and was flooded with customers.

Various launderers opened up in every locality who offered washing and ironing of clothes but with a catch, people had to carry their clothes hundred metres away and pick them up from there itself. In times when you can shop, order food, entertainment and even get a haircut with a click of button at your doorstep one would despise the need of carrying and picking up soiled clothes. MyWash is a company which has come up with the idea of getting your laundry done within clicks of few buttons without the need of leaving your home.

As soon as someone “Schedule a Wash”, on the website, they pick up your clothes for laundry and dry cleaning, and return them clean and ironed within about a day or two. Through MyWash app orders can be placed phone or tablet, including pickup and drop-off time scheduling. A MyWash agent will arrive at the scheduled time to pick up laundry and dry cleaning, and within about 48 hours clothes are delivered in reusable non-plastic bags, washed and ironed. Their pricing starts at INR 19  per cloth and goes upward. They are currently giving INR 100 off on every order above INR 200 worth.

The Road So Far

The company has a good traction till now and majority of the customers are working professionals who are busy with their professional lives and care a great deal about their clothes. The company revealing statistics said that people who have placed their order include 25% people who never outsourced their clothes because either they had a maid or washing machine.

Women used to do their household’s laundry which is no longer the case as metropolitan lifestyle and increasing responsibilities made them delegate this task. People starting paying other to do their laundry for them which is a huge industry.  The organized laundry market in India is an estimated $1+ bn and unorganized market is about $30+ Bn in 2007 by KPMG. It must have at least tripled if not quadrupled by now.

In times when ecommerce is gaining traction as people  can find anything ranging from petty grocery items to a home for rent, there was a void in consumer services as they weren’t provided online. MyWash aims to change this scenario and make laundry as easy as click of a button. The concept is appealing to those who are usually appalled by doing their laundry.