How A Bootstrapped Startup Aims To Take On Well Funded Peers: The Story Of Recharge Discovery Platform iReff

How A Bootstrapped Startup Aims To Take On Well Funded Peers: The Story Of Recharge Discovery Platform iReff 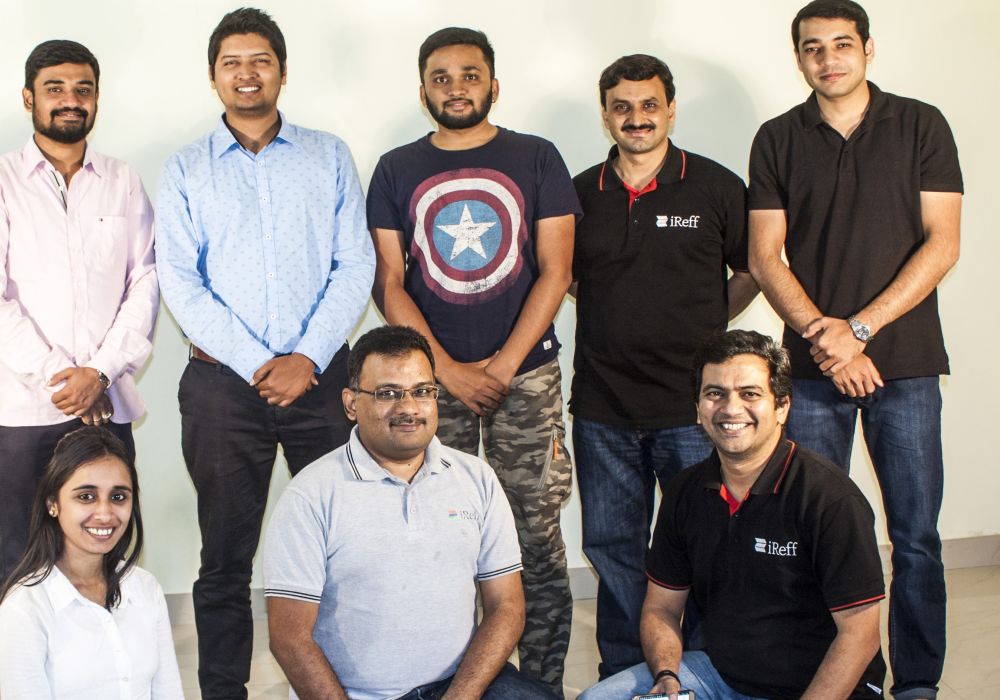 It’s the most ubiquitous problem every smartphone owner with a prepaid number faces – how to recharge, what to recharge, and where to recharge.

A plethora of tariff plans are available from the major service providers such as Airtel, Vodafone, Idea Cellular and Tata Docomo across India related to data, talk time, SMSes the three major network uses for any mobile subscriber. These plans are further divided by state and circle of coverage depending on where the user is based out of. Then, there are roaming plans for people who travel constantly.

In short, the mind boggles at the number of choices a user has and how they can go about deciding the best plan – data, talk-time, and SMS – for themselves.

It is exactly this pain point that co-founders – Nizam Mohideen, Prasanna Hegde, and Rajesh Badgeri – decided to address when they founded iReff three years back.

“There are about 20,000 plans put out by the telcos for prepaid subscribers, give or take,” begins Rajesh Badgeri, co-founder and COO of iReff. “The average user will walk into a retail shop and pick the plan out with no forethought or planning. The retailer cannot help the user because they are not informed on the latest plans themselves. The telcos don’t think of providing information along with the plans. The end user, the subscriber, always has to answer ‘WHAT’ to recharge each month.”

This means a significant loss in terms of money and time, and this is where iReff comes in – it is “a recharge plan and discovery decision-making platform that is optimal and cost-efficient for mobile subscribers.”

“When Nizam first started the platform over three years ago, it was built using SMS,” says Rajesh. The idea was simple – give subscribers information regarding their teleco-specific plans via messages on the screen, like the (*121#) USSD code messages that appear when a user checks the balance on data, talk-time, and SMS.

“We had a fair amount of users but couldn’t scale fast enough. The product was not intuitive enough and in this age of smartphones, was not user-friendly,” says Rajesh. This is when Nizam decided to pivot quickly and went on to build an Android app in 2013. 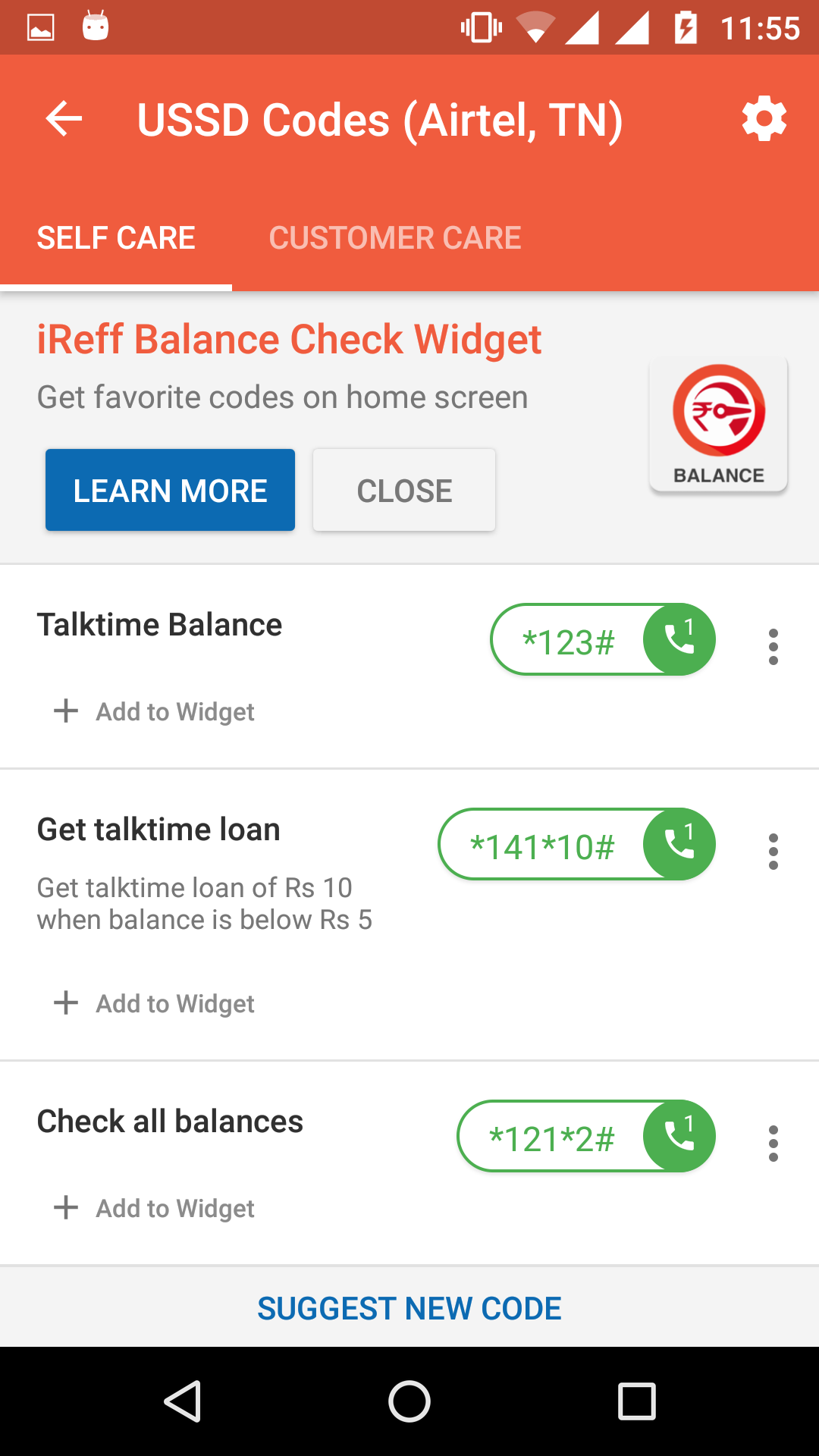 Rajesh came on board as COO about two years back, intrigued to work with his classmates Prasanna and Nizam. According to him, iReff was one of the early adopters of Android in 2013 and thus managed to chart to the Top 5 Apps on the Google Play Store. The platform makes it easy for users to discover information regarding tariff charges, the best available plans on budget as well as the latest plans. And then, because the end user still needs to get the plan activated on their phone, the app allows for transactions of the same via third-party payment platforms such as Paytm, Mobikwik, and Freecharge.

A One-Stop Shop For Information Discovery To In-app Transactions

“As I said, we got into the Android app game early on. This meant that one of the challenges we faced was convincing people to come onboard and try the app. Luckily for us, we were able to get word-of-mouth going from the get go and we were able to maintain a 4.5-star rating on the Google Play Store,” shares Rajesh.

He puts the reason for the 1 Lakh plus testimonials they received, down to iReff being a ‘Google’ for recharge plans.

The platform offers more than the regular plug and pay plans – it aims to create a real value add for its users, especially on the Android app. According to Rajesh, there are widgets which enable USSD code functions and give the user information regarding SMS/data/talk-time balance, latest offers activated by the telco.

“What we are trying to do is simplify the prepaid recharge market in India. So the next value offering would be to change the way transactions take place in a competitive, ever-changing market,” says Rajesh.

To this end, iReff introduced in-app transactions for recharges and plans via partnerships with third-party payment providers such as Paytm, Mobikwik, and Freecharge. But, as it believes in providing real value to the consumer, iReff took it one step further.

“Since we are an information portal, a discovery platform, we figured it is only fair that the user gets the best possible plan for the best possible price and so we put out the information regarding prices from each of our partners such as Paytm or Freecharge and the user is free to go with the plan that he feels is best suited for him.” 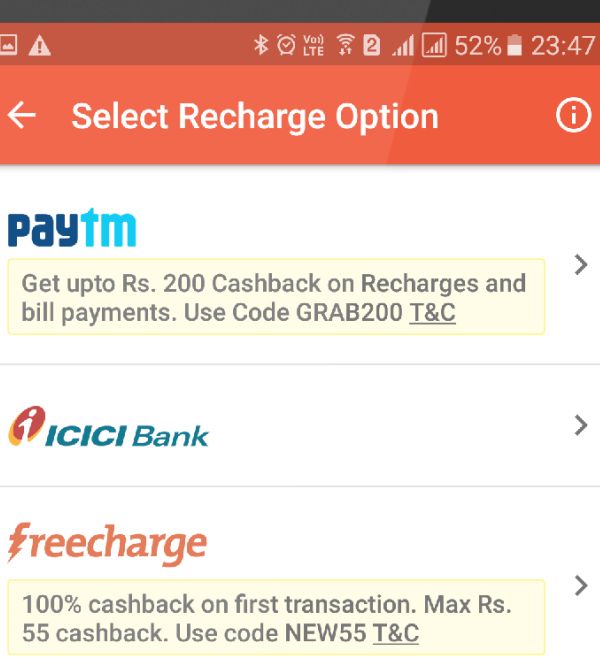 It is due to constant innovations like this that Rajesh claims that the platform has seen 95% growth organically.

“At a rough estimate, there are about 20 lakh recharge retailers in India. A decent percentage of them handle about 100 customers daily who use iReff. So you can imagine the ease-of-use that iReff brings to the retailer when it comes to staying up-to-date on the latest plans available,” says Rajesh.

According to Rajesh, the platform has seen a total of 5 Mn downloads and 1.5 Mn active users every month.

“I can safely say that about 90% of our users are on Android with the remaining 10% distributed among iOS, Blackberry, and Windows,” he adds. He claims that their app on the Google Play Store has about 4 Mn downloads. In addition, their website drives traffic of over 1 Mn page views per month.

iReff’s team of seven is based out of Bengaluru and was incubated at Nasscom 10,000 Startups in 2014, eventually being named as part of the Emerging Top 50 startups. It was also part of Google Launchpad in February 2015.

“Sometimes, people who have been using local retailers decide to switch over to an app like Paytm or Freecharge when they see the cheapest plan available on that particular platform. This way, our platforms also get new users via the in-app transaction and that is also part of our business model,” he says.

“Product Market Fit Is The Focus, Not Unit Economics”

“We keep doing small experiments to test which channels are working and always have,” says Rajesh. This is the main reason that the startup claims to have seen a 200% growth in 2014-2015 and 154% this year, to date.

It is a bootstrapped startup and has not received or approached investors for institutional funding. When asked about the same, Rajesh says,

“We are not completely monetised, neither have we managed to crack the sweet spot of unit economics and PMF. Since we are still at an evolving stage, our focus is on PMF. We have a user base now, from a discovery platform we have now become a staple for many of our users. The next step would be to leverage the data we have accumulated through analytics and see where we have to go.”

Marketing, though, has been a factor that has allowed competitors such as Mubble, Bill Bachao, Bill Pay and more catch up with the first-mover iReff. So how does iReff plan to stay a step ahead and deal with the other contenders in the vertical?

“For one, each of us has our own niche areas that we focus on,” says Rajesh. “For another, we don’t believe in giving cashback and giving discounts to escalate customer acquisition.” An issue which, along with aggressive marketing by its competitors, have been causes of concern to the platform. “We are interested in adding value to the lives of our users. iReff has grown solely through word-of-mouth so far because our product works. And we believe that such a product should give us growth, not inorganic reach,” he adds.

Looking Towards The Future

But Rajesh does acknowledge the problem areas of scaling up on marketing. “Every prepaid subscriber is our target audience. We need to reach out to them so that they know of the easy and simple way to stay connected online when it comes to recharges. Marketing will be one of our primary focus points in the coming months,” he says.

The startup is also looking to do some serious fundraising over the next three-six months by first leveraging on existing monetization opportunities. “Adding more features on our Android platform, strengthening our product and focussing on engineering will be what we strive for in the long-term,” says Rajesh.

According to Rajesh, there are about 800 Mn prepaid subscribers and about 250 Mn smartphone users. With such a large market waiting to be penetrated, it’s a free-for-all at the moment. Startups with a clear business model, simple and value delivering product, and a marketing drive that will reach Tier II, III, IV cities will be the ones who can claim a significant share of the smartphone-teleco subscriber pie.

While iReff does have a significant first-mover advantage, whether it can sustain its momentum without spending ludicrously on all fronts in order to stay ahead of the curve, or whether the rare bootstrapped success, remains just that, it remains to be seen…