Experience is the best teacher, mostly. In the case of Adrian Gunadi, co-founder of Indonesia-based startup Investree, experience was the guiding force to venture into the P2P lending space to accelerate credit accessibility and financial inclusion in Indonesia. A country where banks are not largely able to serve SMEs and small consumers.

Says Adrian, whose last role was as MD of Indonesia’s largest Islamic Bank Muamalat, “There is a $70 Bn credit gap waiting to be filled in Indonesia.” Adrian had managed SMEs, consumers, liabilities and e-banking across 400 branches in his last role, thought it was the perfect opportunity to fill this gap. He, along with his three investment banker friends Aida Sutanto, Amir Amiruddin, and Dickie Widjaja, with an average banking experience of 20 years, founded their new fintech venture called Investree. 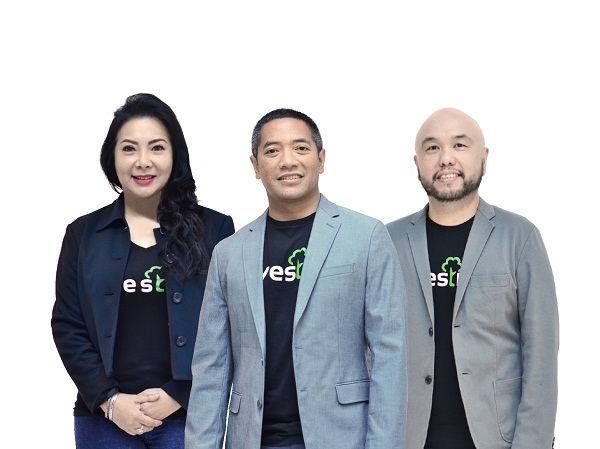 Thus, in 2015, they started Investree, a peer-to-peer (P2P) lending online marketplace that connects people who want to invest money with people who want to borrow money. As P2P lending was literally unknown in Indonesia, they benchmarked it to other countries such as the US and China. After consulting with lawyers, they got a clear idea of the P2P lending model, and then soft launched it in October 2015. It took them six months to develop the PoC (Proof of Concept). In May 2016, Investree finally commenced operations with a six-person team.

Investree: Banking On Invoice Financing For A 0% Default Rate

Investree connects lenders with borrowers – mostly focussing on medium-sized or micro-sized SMEs who are slightly tech-savvy. Its current growth drivers have been B2B partnerships through the supply chain, invoice financing for SMEs, and employee loan financing for corporates. In fact, invoice financing is its core feature which has resulted in a 0% default rate till now for the startup. So, unlike banks which are still collateral-based lending platforms, Investree relies on invoices to judge the creditworthiness of borrowers.

As per Adrian, Investree solicits only those SMEs who can provide invoices or proof of receivable finances. As these invoices are being paid by reputed buyers (for instance, the likes of companies such as Unilever etc.), this ensures borrowers are credible and defaults will be kept to a minimum. Payment is done through specific escrow accounts to further ensure the security of the lenders’ money. Here, he points out that many lenders are tech-savvy individuals, with 50% of the 10,000 lenders on its platform below 30 years old.

Most of the loans are short-term loans, averaging a two-month term. Besides lending to SMEs, Investree also provides employee loan financing. Adrian claims that, a bank loan process takes 21 days, Investree, which has adopted the best practices from the US and China, does the complete end to end processing in three days.

Till date, Investree claims to have disbursed about $20 Mn in loans to about 700 SMEs through its platform. The average ticket size of the loans facilitated stands at $25,000. Adrian mentions that as Investree’s focus is on SMEs, about 97% requests for loans on its platform come from SMEs which are medium-sized or micro-sized and unbanked.

Meanwhile, there are 10,000 registered lenders on the platform spread across Indonesia. At the moment, most of them are retail investors, though the startup is also looking to approach institutional investors.

As far as the interest rates go, Investreecharges comparable to market rates. Lenders get interest at the rate of 14%-20% per annum, which is in line with market rate of banks while Investree charges 3% to 5% of the loan as its fees.

Currently, the loan portfolio offered by the startup is a short-term one, with most loans having a lien period of around 2 months. But in the next phase of its growth, Investree plans to offer long-term products.

The startup, which claims a stable portfolio at the moment, has grown from a six-member team to a 43-member team in less than a year. On the way, it has garnered Series A funding from Kejora Ventures in June 2016.

Though Adrian did not disclose the exact amount of funding, he mentioned that Kejora normally invests anywhere between $3 Mn to $5 Mn. Prior to that, the founders themselves had injected seed capital in the startup or as Adrian puts it, “We put in our skin in the early stage.”

Going forward, Investree will bank heavily on diversification of products and especially focus on employee loan financing. Hence, after the SME product suite, it will give more attention to the consumer product suite. In this regard, it also plans to launch a Sharia-compliant product in this month, given the opportunity in Indonesia, and is in talks with the nation’s Shariah Council. It also plans to launch a mobile app this year, aimed primarily at lenders at the initial stage. Additionally, it will also explore partnerships with ecommerce companies and marketplaces to drive growth through their supply chains.

Besides expanding the product suite, Investree will also open up its geographical suite. So, on the anvil are plans to expand to Tier I states, as right now it’s only focussed in Jakarta. There are plans to expand its presence domestically in Semarang and Surabaya, and outside Indonesia, in Vietnam too. The startup also recently hired its Head of Innovation, Anupama Hoon, from Indian fintech firm Capital Float. 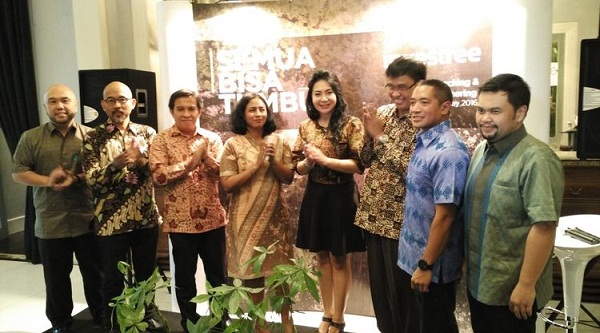 Fintech today is a much sought-after space in Indonesia’s emerging economy and with almost a $70 Bn P2P lending market up for grabs, no doubt, the number of players are increasing too.

Adrian, however, believes that the cumulative experience of Investree’s founders is its biggest asset as they are well aware of the risks, pitfalls, and challenges of this space. He claims that the startup has the largest volume in the P2P lending space. Also, he believes that Investree’s pricing is quite competitive, giving them an edge over traditional banks. Then again, given the fact that they helped shape the regulatory framework in Indonesia for fintech companies with the Indonesian Financial Services Authority (Indonesian: Otoritas Jasa Keuangan or OJK) which came into being in December 2016, does seem to make them even more credible. 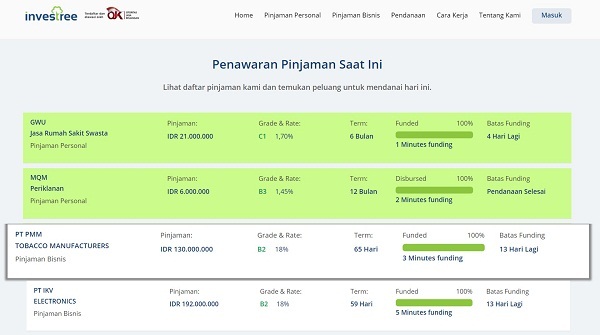 Just like the ecommerce market space in Indonesia, the fintech space is also gathering momentum. As of now, there are more than 150 fintech startups in Indonesia and this number has increased by a whopping 78% from 2015, according to the Indonesia Fintech report 2016. With a population of more than 250 Mn and a consistent growth in the annual gross domestic product (GDP), Indonesia has emerged as one of the next big lands of opportunity in Southeast Asia.

Hence, investments in fintech are booming, new products are being launched, and various avenues are being explored. Be it digital payments, online lending, or remote banking, Indonesia has seen a surge of startups that have developed products to solve the current financial needs of the population.

The opportunity in the P2P lending space is a bigger one, given the fact that only 40% of adults in the country are having access to banks. At the same time, the country remains a challenging market also, with 49 Mn SMEs units still not bankable, because of low credit score and little or no financial history. Thus, lending to micro or medium SMEs is  fraught with considerable risks as well. While banking on invoice financing, Investree has carved out a way to reduce defaults, it will be interesting to see how is it able to fight competition from similar P2P lending startups, especially in the backdrop of growing Internet penetration in the archipelago.