During this visit we got a chance to interact with Gustaf Alstromer, one of YC’s newest partners who joined the accelerator in June this year. Gustaf has spent 4.5 years at AirBnB where he worked as a Product Lead in the Growth team, a team he helped start in 2012. Before AirBnB, Gustaf was Head of Growth at Voxer, and prior to that, he was CEO & co-founder of Heysan, which was part of the YC W07 batch.

From being YC alumni to an YC partner, Gustaf has come a long way in his journey. Speaking to Inc42 on the sidelines of YC Office Hours in Delhi at Innov8, Gustaf shared his views on how every great company starts small but grows to become a rocket ship when it gets its customers to love its product. That he believes only happens when one starts talking to one’s customers, which is something AirBnB started doing after getting into YC, when Paul Graham, co-founder Y Combinator asked them – where their hosts were and how often they met them?

It’s then AirBnB started meeting its hosts, sometimes masquerading as photographers, which led them to talk to their customers and ultimately fall in love with their product!

Here are the excerpts from the interaction.

Inc42: What is Y Combinator looking for in Indian startups?

Gustaf Alstromer: We are not looking for anything different in Indian startups than international startups. At this stage, the most important things are the founders. The stage at which Y Combinator gets involved in, the only thing that matters is that the founders can grow with the company. The idea might change, the markets might change but the founders won’t change. So this is why we have to look at the people.

And when we look at the people in India, we see founders are solving different problems than other countries around infrastructure and all kinds of things that are true here and not elsewhere. I think India wants to get exactly the same level of service to its customers in all kinds of verticals and markets that everyone else in the world has. And that will happen faster here than it will happen in other markets because India is leapfrogging on technology by using mobile phones. So things won’t take as long here as in other countries because the infrastructural change through mobile phones will change society. Startups won’t wait for the middle kind of experience. They will be building products straight for the same kind of service experience as in US. 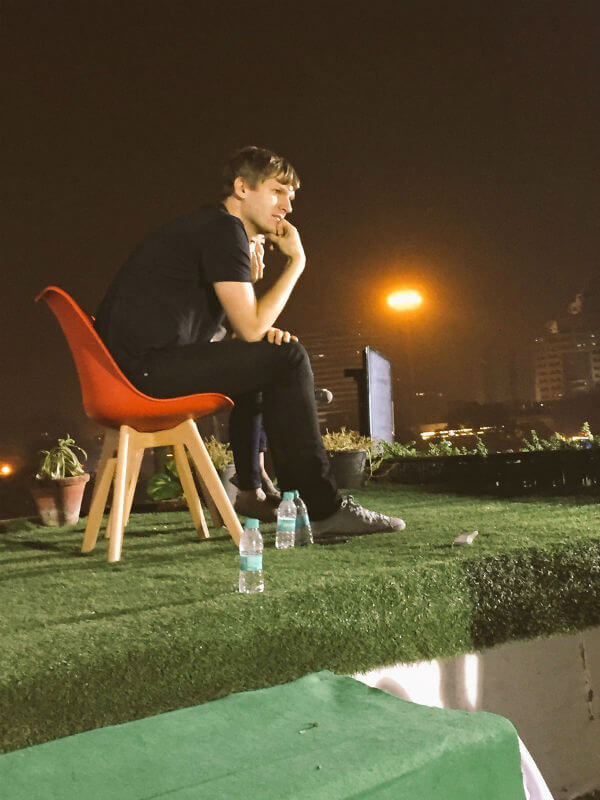 Inc42: What differentiates YC from the other international accelerators coming into India?

Gustaf Alstromer: I can’t comment on what other accelerators do but I think the way Y Combinator works today are results of ten years of perfecting the model. Not everything that we do today, we did, when we started. But we learned with time what was useful starting from Demo Day. And Demo Day is probably the best way to raise funding in the entire world. I can’t think of a better way. There are certainly more and better investors at YC’s Demo Day when compared to other demo days of other accelerators.

Secondly, being in Silicon Valley does not give you insights about the Indian market. But it gives you insights into how to develop products, how to grow products and hire. The world is quickly changing but I will still argue that Silicon Valley is still the best place to start a company. And I give examples of that all the time. For instance, I worked at AirBnB. We wanted to learn more about growth. But if you are in a small city in a small country, there aren’t that many people to learn from. The fact that you can hire from other good companies is critical for your growth and increases the learning curve really fast when you are in Silicon Valley. Other countries will get there; it takes time to get to that stage in the ecosystem. But you are never the best person in Silicon Valley because there is always someone else you can learn from. That just helps you getting better.

Inc42: When you talk of other countries, there is China which is always seen as a competitor to India. So what are differences you have seen between the Indian and Chinese startup ecosystem?

I think that can be said of India as well because India is also a very large country with a large market and what founders here have unique is that they know this market well as compared to people outside. That’s where they have a big opportunity. For instance, I am from Sweden, and it is a small country. So if you have to be a big company, you have to focus on other countries. You just can’t be in Sweden, you have to be something that goes global. Also, as compared to China, English is a much more common language in India which helps the founders interact with cross border companies easily.

Inc42: You were head of growth at AirBnb. What advice would you give to startups as far as growth hacking or scaling is concerned? 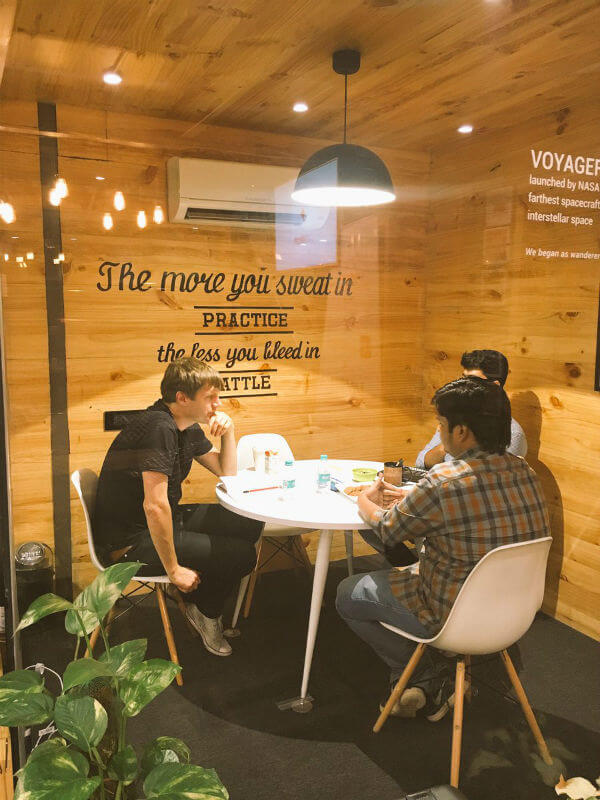 Once you have done that, you try to figure out how you grow in the world. The best products have strong word of mouth. People tell their friends, but most products that grow really big find some other way of growing big. They usually find some other platform, that can be Google or Facebook or some other platform through which they can grow. Also, different products have different ways of growing that big. But if you think of some of the top products of the world, very often what was critical to their growth was some other platform. For instance, there are many companies built on top of Google’s SEO engine. Within travel in particular, SEO and search ads are very strong drivers. We are looking for most of our answers on Google, so it helps startups to think strategically about these platforms. Similarly some of the fast growing companies are leveraging Facebook.

Another thing that helps startups to grow is knowing their numbers or their data very well. Most growth challenges become kind of an engineering and data science exercise where you need to inject data science and engineering to try to grow really big. Because the type of decision that you make at that point is beyond what we can make as a human. So we have to use data to make some of those decisions.

Also, we have noticed that travel, payments, storage are large markets. You have to picture what can be a big market to grow because to become big, you need a big market.

Inc42: What are Y Combinator’s plans for India? Are you looking to pick up more startups from India in some particular sector, given lately that lot of Indian startups have been accepted in YC in the recent times?

Gustaf Alstromer: We are not looking at a particular sector, we are just looking at founders. We spend a week here, and every single day we did Office Hours. I think we have probably met over a thousand people so far. I think we have funded close to 20 companies in India and the number keeps on rising, with two batches in the last two years having the majority of those 20. It’s looking promising for the next interview cycle as well from meeting these companies. We don’t have any other specific plans for India. We would try to make more Indian companies join Y Combinator and we expect all of them to move back to India. We don’t expect them to stay in US. As long as that model is working, we will continue with it and we don’t find any reason to change it. 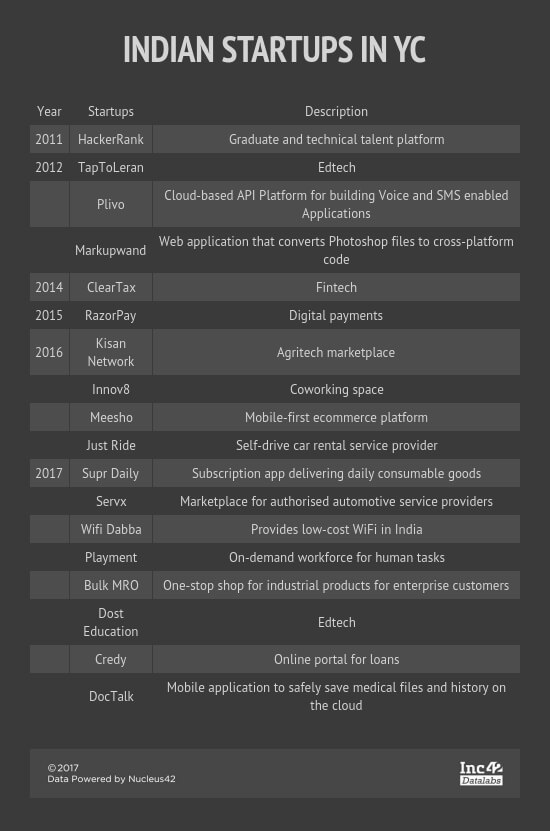 All in all, what Gustaf Alstromer stressed was that like any other year, this year too Y Combinator will look at the quality of founders primarily than the idea itself as it scouts for the next batch of Indian startups to be accelerated by it.