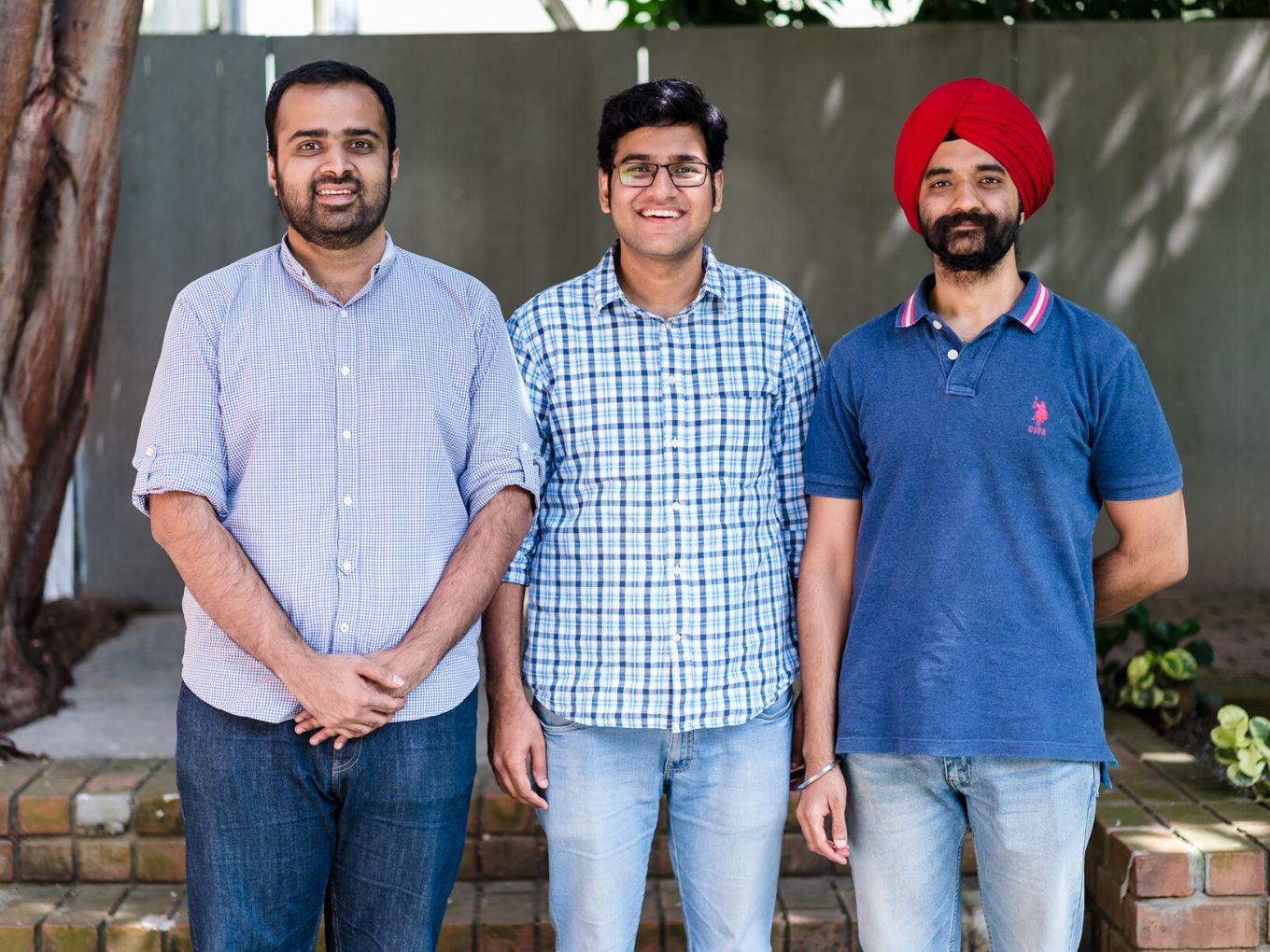 With the ban on CamScanner in India, Kaagaz Scanner is looking to fill the gap with its smart document scanning and storage app

Developed by Sorted AI, Kaagaz Scanner is looking to add regional language support and automatic document sorting in the near future

India’s ban on 59 Chinese apps has opened up the Indian market for many native startups, who have the potential to replace these banned apps. With CamScanner, one of the most prominent productivity apps in the market, also banned, Indians are looking for replacements. While Microsoft Office Lens, Adobe Scan and other apps are available, the current wave of adoption for Indian products has brought the spotlight on Kaagaz Scanner.

Launched about two weeks before the ban, Kaagaz Scanner is an app built by Sorted AI, which is an year-old file management platform. Kaagaz’s launch was driven by the company’s realisation that scanning is where the document storage process starts for millions of Indian users. Founder Snehanshu Gandhi said that Indian users scan documents in an app, and they also want to use the app to peruse the document storage solution.

“They want to go back and refer to that scanned Aadhaar copy in the app, and even use it to share with someone. So it is also a storage solution for them and that is where we felt the need for a scanning app,” said Snehanshu Gandhi.

At the moment, Kaagaz Scanner is an independent product being developed by the team and is not linked to the Sorted AI file management platform. That’s because the utility of scanning documents has a wider appeal than file management. However, in the long run, Gandhi envisions the merging of Sorted AI and Kaagaz to provide users a more holistic experience from scanning to document management. This will also differentiate Kaagaz Scanner as a product in the crowded document scanning market.

Till now, Kaagaz Scanner has downloaded over 400K times and a large part of this traction only happened after the ban, when people were looking for an alternative to CamScanner. Kaagaz Scanner is currently capable of performing the complete scanning process but has a long way to go, in terms of features that are being offered by Adobe Scan, Microsoft Office Lens and other Indian apps such as Zoho Scanner. But CamScanner was by far the most used app in this regard and claimed to have been installed on over 380 Mn devices with a presence in over 200 countries. 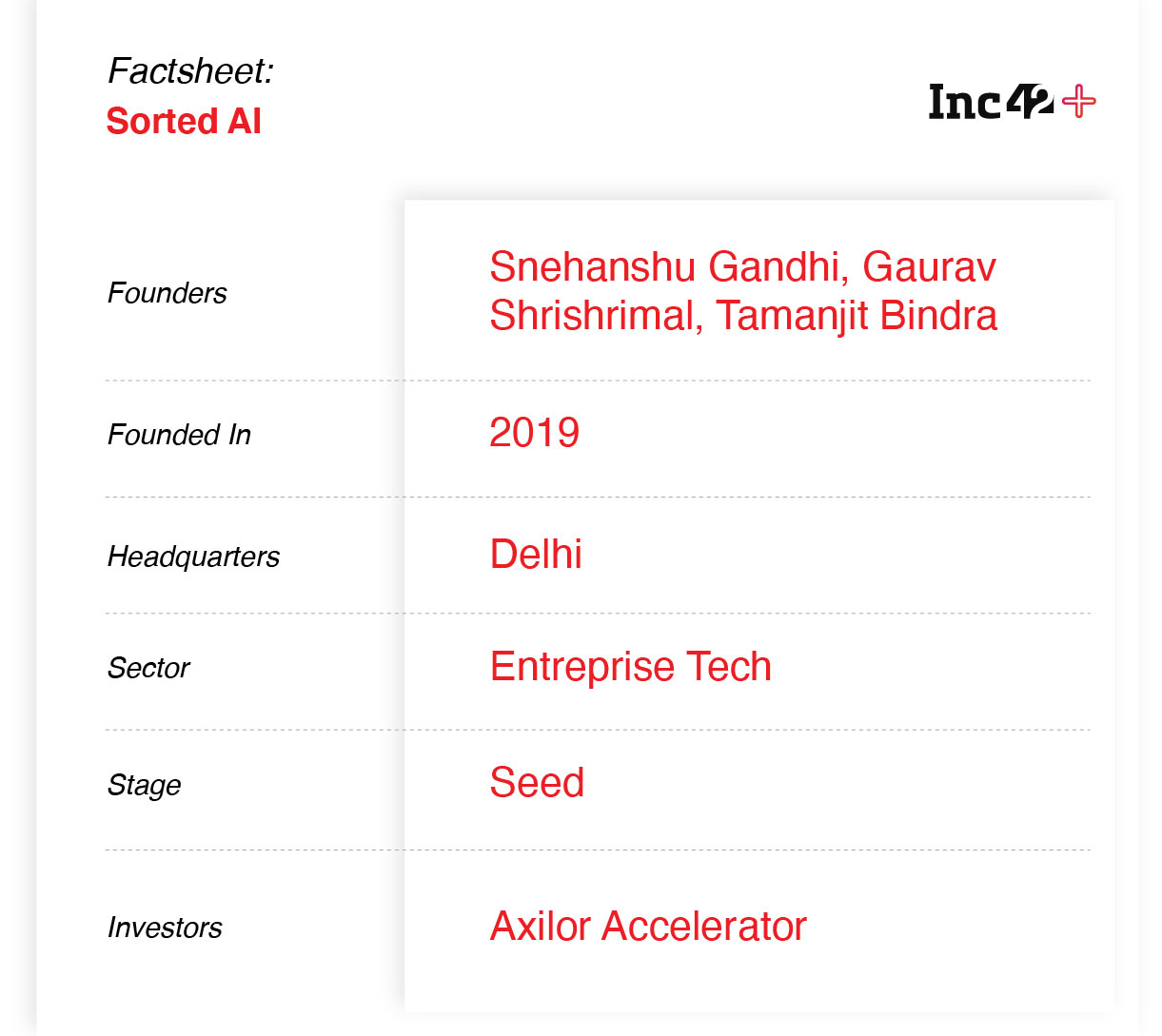 Even though the current nationalist sentiment has given the company an initial jump in traction, the eventual success will be determined by user retention over the next few months. Gandhi said Kaagaz Scanner has been frantically working on adding new features based on the constant user feedback on social media and Play Store. It is currently in the process of adding batch scanning, new additions to image enhancement filters, and cloud sign-in option for seamless backups and restoration of scanned documents. But the biggest development that Gandhi is banking on is the automatic sorting of documents using AI.

“We have been building Sorted AI for over a year now, and its AI engine is currently intelligent enough to understand the document type and then categorise it under relevant categories or folders. We want to bring this functionality to Kaagaz Scanner,” said Gandhi.

For example, if a user scans an insurance document, the AI engine will be able to identify it as the insurance for a particular vehicle number and then sort it under the vehicle-related documents or insurance folder in the app.

The automatic sorting will also help the search functionality as users can look up particular words or phrases within the scanned or stored documents, similar to searching on Google Drive or Gmail search. “Even if the user forgets the folder or file name, she will be able to search a keyword and fetch that information from inside the document.”

Of course, enabling such handy features comes with the caveat that the company will have to save a copy of the document on their servers. Gandhi said this will entirely be based on user consent. He also added that the existing Kaagaz Scanner app works offline without any need to connect to the internet. Plus, the data is stored on the device and is not sent to servers. Even when the user would choose to use the AI engine, the company claims to have encrypted the data at multiple levels and uses India-based Amazon Web Services (AWS) servers for Sorted AI.

Based in Delhi NCR, Sorted AI was founded in July 2019 by Gandhi, Gaurav Shrishrimal, and Tamanjit Bindra. The company was part of Axilor Ventures’ accelerator programme between November 2019 to February 2020 and had raised a small amount of funding as part of the accelerator. But besides this, Sorted AI is completely bootstrapped and has one full time employee in addition to a couple of freelance developers who have been recently brought on board to meet the current development load.

In terms of monetisation, the company is looking at ideas like charging people for unlimited storage space or a premium subscription model but, according to Gandhi, the current focus is on acquiring users and building a product that people love. To capture a larger Indian audience, the company is also looking at the possibility of developing regional language compatibility in the scanning functionality.

“Even though millions of Indian users are using scanning apps, there’s still a lot of people in India who don’t know that scanning can be done through an app. Our focus currently is to build a product that a larger Indian audience can start using,” said Gandhi.