How Talent Marketing Startup Indi.com Leverages The Power Of Videos And Social Media To Connect Retailers, Influencers To Their Users

How Talent Marketing Startup Indi.com Leverages The Power Of Videos And Social Media To Connect Retailers, Influencers To Their Users 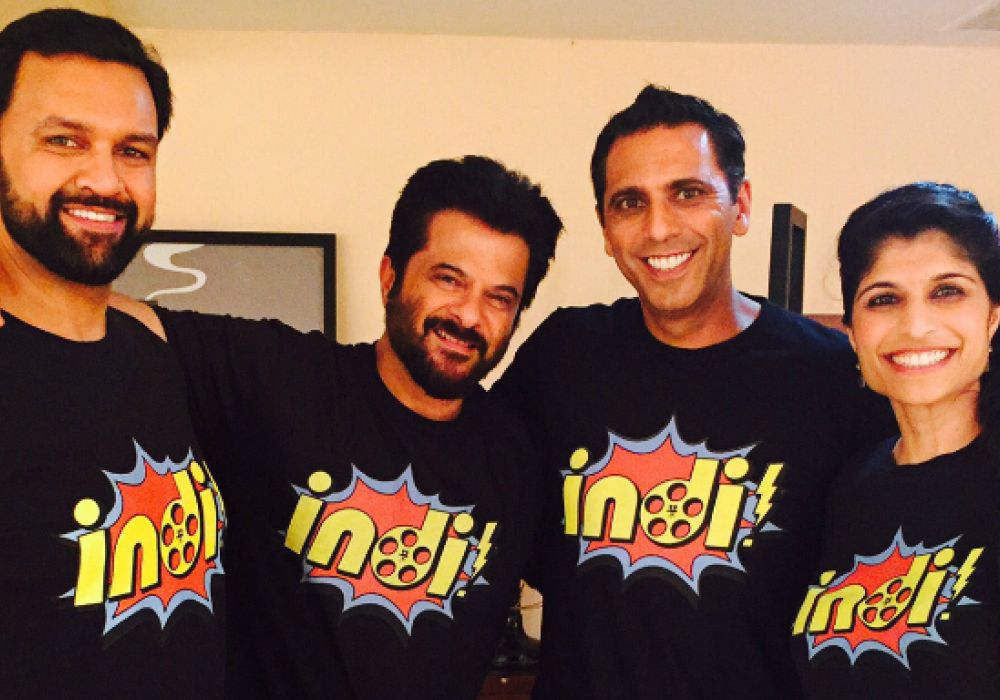 Entertainment is a tough industry to break into. Filled with auditions, screen tests, near-misses and more, becoming the Next Big Star takes skill, talent, and perseverance. Increasingly, there is a breed of aspiring entertainers and artists looking for a way to make their mark in an industry dominated by nepotism, favoritism, and clannish attitudes, to say the least.

And then there are brands, across industries, sectors, and verticals, which are hoping to get noticed among the plethora of brands out there through creative, content marketing in the digital age.

Marrying the two doesn’t seem like the most obvious way of conducting business, but this is exactly what talent marketing startup Indi.com has done in the US since 2013 and India since April 2016.

Making use of video and the power of social media, Indi.com aims to be a global social video platform that brings together artists, brands, retailers, non-profits, celebrities, and individuals who can connect with fans and supporters while interacting with specific brands on the platform. In other words, it allows a regular Jane or Joe or Bollywood-crazy Anahita or Jishan to become instantly famous and parlay their talent into lucrative contracts with industry bigwigs through exposure and entertainment.

Jumping From Talent Discovery To A Talent Marketing Setup

“We actually started off as a good ol’ fashioned talent discovery platform,” begins Divyansh Bajpai, co-founder Indi.com. “Neel Grover, who is our CEO and founder, was living in Texas at the time. His wife is an artist and actress and needed to go for auditions to Hollywood in Los Angeles, which was time-consuming and not feasible since they lived half a country away. Neil figured there is no reason for someone to travel to a physical location for auditions in the technological age. And thus, Indi.com’s earlier version of being a talent discovery platform was born.”

The way Divyansh puts it, it was a basic talent-acquisition and discovery platform that started operations in early 2014 in Irvine, California. The website also counts Shikha Uberoi, entrepreneur and a former WTA Top 100 tennis player as a co-founder.

The way it worked was that users could come to the platform to upload their videos and that would become their remote audition tape for productions, movies, and music shows. Conversely, production companies, movie studios, and casting directors would also run challenges on the platform that users could choose to participate in by uploading a video and if their video got selected, they’d have the chance to audition.

“But then we realised that the movie studios and production companies – if they had a show or a movie they wanted to promote – they would create a channel on the website and the users would participate in the contest,” he says.

“And because they wanted to win, they would promote the video and the website on their social media accounts. And do promotions for the movie or the show. And this got us thinking, well, here we have our users who are engaging in marketing through social media and we have big brands who are constantly looking for newer ways to reach their audience and it was a perfect fit,” he adds.

And that is how the pivot happened and Indi.com went from being a mere talent-discovery portal to one that leveraged its user base in digital talent marketing.

Buzzing For Talent – How It Works

“Our biggest USP,” begins Divyansh. “Is that as a talent marketing platform, we have figured out yet another way to engage users with brands – i.e. retailers or influencers and to monetise the content generated from this transaction. And we have leveraged the power of existing social media networks to do this.”

Divyansh also adds that it all depends on what works with the audience and which trends are showing big with the TG. Indi.com users post videos on the various challenges that come with their own guidelines regarding content, theme, video length and more run by different brands/retailers/non-profits, artists, and influencers. The prizes are as varied as auditioning for America’s Got Talent, which was run in 12 different cities – and users promote themselves and the brands hosting the challenge on their personal social media profiles to garner votes and views in order to win. 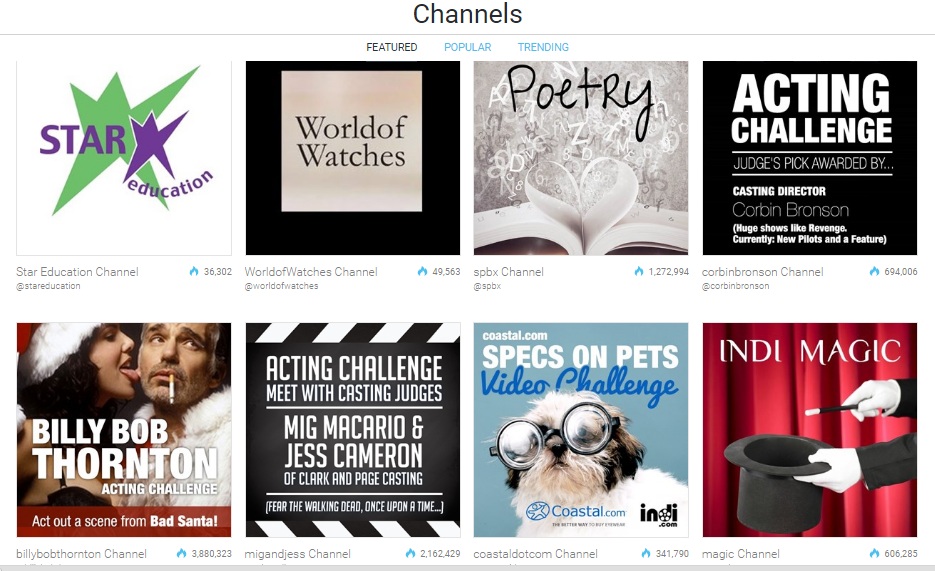 The winner gets decided by Indi Buzz, which has replaced the more traditional form of voting. It contains a proprietary Buzz algorithm that decides the total number of points a video has accrued and helps in deciding the top videos/best videos uploaded by the users. It includes Facebook and Twitter engagement, video views, likes and follows. The videos can become either winners or Judges Picks, garnering attention and acclaim to the uploader.

All of which is fresh content that is being promoted for a particular brand on any given day, “leveraging the power of social networks through cross-platform magnification for pure, organic reach,” adds Divyash. All at a fraction of the cost of actually advertising on those very same networks.

“We Are Only Looking To Scale Right Now”

According to Divyansh, the company has partnered with 1000+ brands in the US and run a minimum of one-two challenges per brand. And the average per video view is 300+, claims the co-founder.

Some of the more successful campaigns that have been run by Indi.com include Global Model Search for Elite Talent Management Agency, based out of New York. “As the title suggests, the search was for the next model to be represented by Elite and we had about 1800-odd videos uploaded by our users reaching a total of about 10 Mn views.” It was a centralised campaign and all the promotion was tracked in real-time by in-house algorithms in order to determine the winner.

The World Music Day challenges, which were a total of nine challenges run on the platform, had an aggregate of 4 Mn video views. “If you think about it, average user engagement on a massive platform like Facebook is just 1%-2%, isn’t it?” he asks. “And here you have a controlled space to create your own content and promote it at a fraction of the cost digitally. As far as we see it, it’s a win-win,” he says.

This is why the platform is not looking to monetise just yet.

“We are not looking to be profitable just at the moment,” shares Divyansh, expressing a sentiment that is practically unheard of when talking unit economics. The way he explains it is – Indi.com has to scale further and is not focussed on monetisation. It wants to leverage on its intrinsic value and the added services it brings to the table for its clients and assure them of real results before talking money.

It is for this precise reason that the company has not been institutionally funded since inception. Although, Divyansh mentions that five individuals have invested in Indi.com in a private capacity.

Buzzing Into India – Scaling Up, Dealing With Competition

At the same time, lack of institutional funding has not stopped the young startup from scaling up.

“We had been thinking about setting base abroad for the last one, one and a half years even before we actually got around to doing it,” shares Divyansh. The team had been thinking of South America and Mexico but zeroed in on Asia due to the overall digital penetration here. “At first we thought of China, but it wasn’t possible because opening a new business in China is very difficult as it works on a reference basis over there.”

And so, India came into the picture. “It’s a largely international market and with smartphone penetration and a digital-first economy taking shape here, we knew the market was ripe for disruption in digital marketing,” says Divyansh. The Indi.com team did their due diligence before expanding operations.

“We decided that launch partners, the right kind of marketing initiatives that would attract users to the Indi website would be our priorities,” he shares. The idea was simple – show the brands that content marketing through cross-platform magnification could work via amount of organic reach and promotion generated, and then convince them to come onboard.

“In other words, we were parlaying use cases in order to prove our value proposition to our customers,” says Divyansh.

Well, the effort seems to have paid off as, only months after setting up shop in India Divyansh claims that the platform already has about 15 homegrown brands on the platform since launching in April 2016, running various campaigns and challenges for the users.

One such campaign was the one Indi.com ran for IBM B2C Startup Challenge 2016 – where startups less than five years old had to answer questions and post a 5-minute video describing their business proposition. The Top 20 winners (based on IndiBuzz) curated by IBM execs and industry experts went on to the next round where they were encouraged by Bollywood actor Anil Kapoor and presented to the judges winning VC and investor attention as well as cloud credits worth $24,000 on IBM Softlayer and BlueMix.

“This campaign had around 80-90 videos in a 2 week period and 4 Mn views on aggregate,” Divyansh shares. If we look at the campaign page, we can see that the Buzz generated for the campaign is approximately 1 Mn+ on site.

Hungama, Von Miller are a few of the other brands associated with the platform. “In India, so far we have run around two challenges per brand. Sometimes, there have been as many as nine different campaigns on a single brand,” he adds.

As per Divyansh, the total number of videos uploaded in the Indian arm of Indi.com is 2,245 and the aggregate views on these videos is 10 Mn+.

“This is the intrinsic value of our platform,” he says, talking about scaling up and looking to the future. “Our algorithms break down demographics, user metrics and additional data metrics as required by each customer or brand working with us. These value-add services are what we are looking to leverage on in the future.”

And this is how they plan to deal with competition from talent discovery portals such as #fame which is part of the Nasscom Top 50 Emerging Startups and TalentNext which has recently raised Seed funding to the tune of $1Mn and even against fellow contenders in the digital marketing space such as global giants Facebook, Twitter, Instagram, Snapchat and more.

Divyansh also doesn’t rule out merchandising and sponsorships as a way to monetise and generate more users for the platform, going forward.

Digital marketing is a growing, evolving mammoth animal. There is no acceptable, standardised way to crack content marketing and monetise it for brands or services. Add in the worldwide penetration of social media on every smartphone, laptop and tablet and desktop and the market gets so more fragmented as advertising on each of these mediums is a tough ask in and of itself.

In a Statista report, India is expected to reach 340.2 Mn smartphone users by 2017 itself. It is safe to say that mobile and, in particular, smartphones will become the next frontier to be conquered by digital marketers in general. Video marketing, while not as prolific as it is in Western countries, is also catching fire in India with the advent of 4G and faster and more accessible WiFi plans across the board. Whether Indi.com and its ilk will be able to deliver on its promise and become profitable by gaining the trust of brands and users alike, remains to be seen.