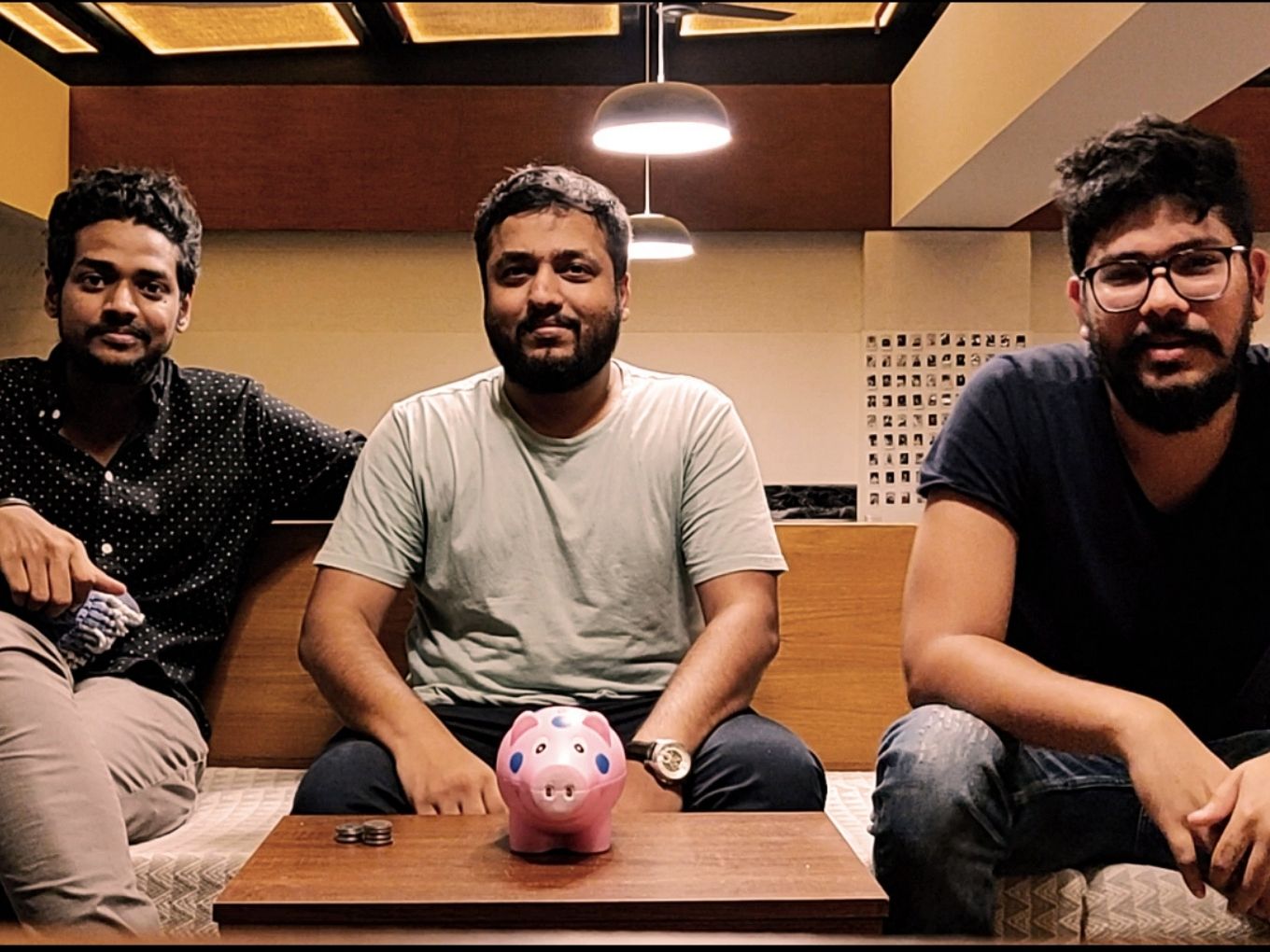 Backed by Lightspeed, Freshworks CEO Girish Mathrubootham and others, Hubilo looks to expand its team across other geographies and enhance product development

With 45% of the customer base in Europe and the Middle East, Hubilo has about 400+ paid clients, including Inc42, YourStory, AWS, Siemens, Roche, Tech In Asia, United Nations and others

The curtains came closing down for the live events industry at the beginning of the year, coupled with the loss of revenue for the foreseeable future, which was only the start of the coronavirus outbreak. With many high-profile and smaller events either cancelled or postponed, extending to corporate, leisure, media and entertainment, sports and retail segments, across the globe, event management companies were in grave threat.

San Francisco and Ahmedabad-based events startup Hubilo was also in a much similar situation —  its revenue plummeted to zero in a blink of an eye due to Covid — given physical events were the worst-hit, globally. The company was hanging by a thread with a cash runway of four to five months, the founder told us.

“We had two choices, either we could lay off 30 of our employees and move on with life or pivot again into something meaningful that we had originally thought of,” recalled Vaibhav Jain, founder of Hubilo.

Founded in 2015, Hubilo is a brainchild of Jain, Mayank Agarwal and John Peter. The company started its journey as a virtual networking platform for attendees. Since the solution was ahead of its time and most of the customers were inclined towards physical events, its solution did not work for them and the company struggled for almost a year.

With time, Hubilo decided to pivot into an event management software solution company where it started developing tools, executing and managing mid to large-ticket size events for enterprises. Cut to 2020, in March, with almost 100% of its events getting cancelled or postponed due to Covid, Hubilo decided to use its existing solution to mark its re-entry into the virtual events landscape (Hubilo Virtual). Fortunately, the timing was perfect, where the company now claims to be making $10 Mn ARR.

The founder claimed that the Minimum Viable Product (MVP) was ready within 20-25 days, with creative event production company Tessarakt Experiential becoming its first client. At the time, it earned $250 for hosting the webinars. Today, Hubilo has been catering to 400+ paid clients across the globe, where it regularly hosts 100K attendee events, including Inc42, YourStory, AWS, Siemens, Roche, Tech In Asia, United Nations and GITEX (one of the world’s largest tech events) among others, in the span of seven to eight months.

Even The Product Summit 2020, one of India’s largest virtual product-centric events, organised by Inc42 and The Product Folks, was completely managed through Hubilo. The outcomes were phenomenal, the virtual event witnessed stunning responses from both product enthusiasts and Inc42 Plus members, saw a participation of over 5K attendees and 42 speakers, stretched for two days.

In terms of pricing, on average, Hubilo’s virtual events cost about $2 to $3 per attendee per event. The company, typically, earns revenue on a per-event basis plus a subscription model for repeat and frequent customers, which was started in October this year. Sector-wise, 40% of Hubilo’s client base consists of media and event management agencies, while 60% comes from enterprise and associations.

The founder said that now 45% of the revenue comes from Europe and the Middle East, followed by the US at 30-32%, and India contributing about 12%. Since it is already GDPR-compliant, Hubilo has managed to get a lot of clients in Europe and the Middle East. “There are close to 10 different functionalities that we provide to attendees from a privacy and data security perspective, including features like showing/hiding profiles, messaging options, hiding online status etc,” he added.

Pivoting In The Times Of Crisis

“I still remember sitting in my office and looking at our revenue falling off a cliff and staring at a hazy event pipeline,” recalled Jain.

The focus turned to developing a virtual events platform. To begin with, it started out with a simple Zoom integration, alongside the cost cutting across operations, including unsubscribing to some of the software tools, platforms and senior leadership roles taking 70% salary cut, etc. The company clarified that it did not lay off its employees in the process besides a salary cut for three to four months.

While the cost cutting is just one way of looking at things, Hubilo said that it also reduced its sprint (work) cycle from two weeks to five days. “It’s still five days so that we are able to turn out features better and faster than our other competitors that were already out there in the market,” Jain added.

Hubilo at present competes with a slew of virtual events platforms, roughly 134 platforms that have emerged in the space, including Hopin, Swapcard, OnZoom, Bigmarker, Airmeet among others. Sharing the differentiating element, Jain said that they do not target the SMB market as a large majority of companies keep shifting to different platforms and tools and are very price sensitive in nature, which again is difficult to build a subscription model on top of that.

However, Hubilo said that it focuses on mid-market enterprises unlike other players in the B2B virtual events landscape, and claimed that they have built a product that has better and faster features. “We provide complete brand mobility within our platform,” he added, explaining that the host or a user (attendees) has a complete liberty to attend any sessions as per their convenience, network with people, and engage audience through branding, customise the theme or skin of the virtual space, close to 10+ skins.

Most importantly, Hubilo also stated that it captures an incredible amount of event-related intel via gamified leader-boards, networking, lead generation and marketing campaigns, which can be integrated to enterprise backends. In addition to this, the company also claims to provide data analytics that is needed in terms of returns to organisers, exhibitors and sponsors. “We are building a ‘system of record’ for events also known as ‘events stack,’” the founder claimed.

“At the end of the day, if an attendee is spending their time at a virtual event, they don’t have to be hooked on to a particular screen, we have introduced a new experience where an attendee can play the video in the background (Picture In Picture Mode),” added Jain.

The company also said that its platform has the capability of hybrid integration, which can fuse both offline and online events and provide a much vivid experience to enterprises.

In the span of seven to eight months, Hubilo has pivoted from a simple Zoom and Vimeo integration platform to developing its own broadcasting studio, along with streaming capabilities, with other interactive setups like lounge area, meeting rooms, etc, which mimics to blend some of the key experience of physical events.

But, the question is how were they able to create such a product in a short span of time? To this, Jain said that it was able to pull off everything using one product manager and a team of about seven developers. Recently, the company also raised $4.5 Mn in funding from Lightspeed Venture Partners and angel investors, including Freshworks CEO Girish Mathrubootham, former LinkedIn CEO Nishant Rao and Slideshare’s Jonathan Boutelle.

With this funding, the company now looks to expand its team across geographies and enhance product development. Currently, the company has about 44 developers, five product managers, and a dedicated design team to work on the UI/UX of the platform. The company said that the product roadmap is all set for next one year, and is splitting the teams accordingly.

According to industry experts, the virtual event market is poised to touch $400 Bn by 2027, growing at a compound annual growth rate (CAGR) of 27%. Out of which, 5% is going to be spent on fintech platforms, and the rest of the revenue is said to be from sponsorship, branding, attendee ticket sales and marketing. Jain said that the average customer acquisition (CAC) comes up to $120, including the entire team’s cost and everything along with it.

In terms of marketing activities, the company said that it is leveraging on word-of-mouth marketing, referrals, partnership model, performance marketing and thought leadership strategy.

“At the end of the day, virtual events are attended by attendees who are setting in their home in silos in their pyjamas and scratchpad, how do you make it more fun for them, and at the same time create more integration to be able to offer intelligence for sponsors, exhibitors and promoters.”