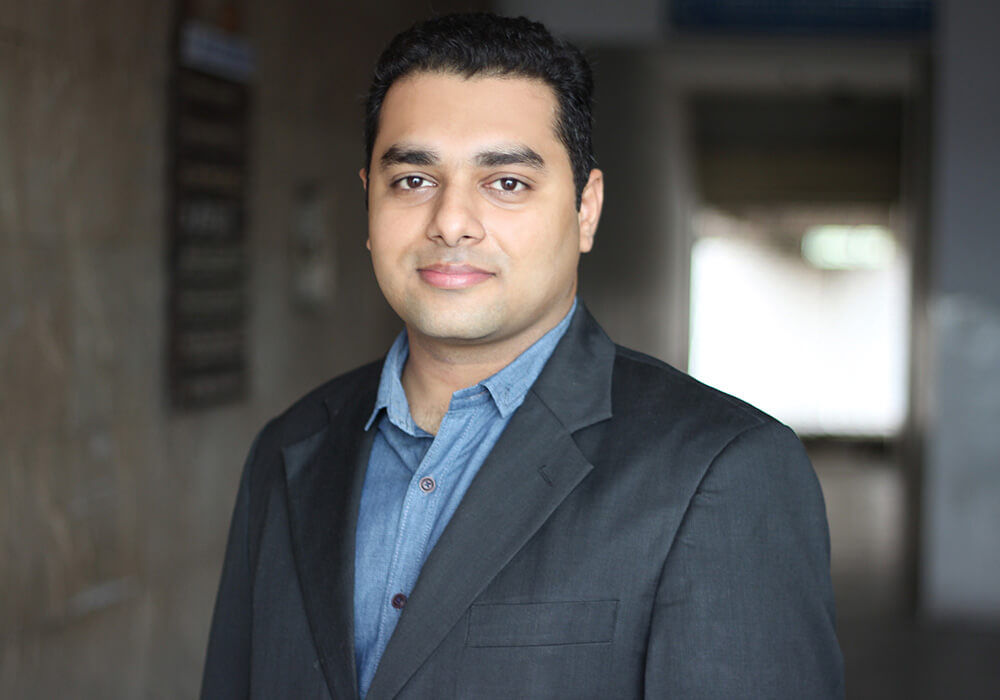 3.5 Mn screened singles, 120k new signups every month, a 2x growth in user base compared to the previous year, and a total of 4 Mn messages exchanged every month! These numbers would evoke wonder if we told you these were from a startup. And double wonder if you got to know that these numbers are of a bootstrapped startup- QuackQuack.

The Hyderabad-based dating app which has taken the online dating market by storm is giving its funded peers — Woo, TrulyMadly, Aisle, etc — tough competition. All because of well thought-out, strategic, and innovative user engagement tactics and growth hacks. 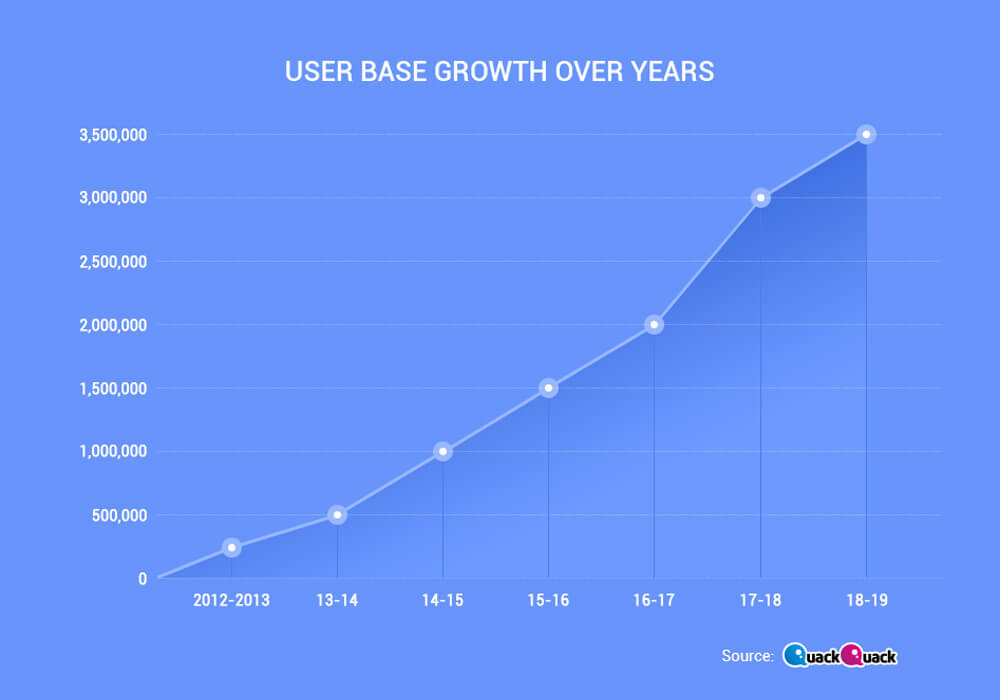 QuackQuack, which started off as an online platform in 2010, made an entry in the online dating segment in India when dating apps were almost an unknown phenomenon here. Even the likes of Tinder had not made their foray into the country. In fact, Tinder was launched in the US in 2012. Soon, realising the potential of the online dating market, Indian entrepreneurs started racking their brains to come up with India-specific apps such as Woo, TrulyMadly, Aisle and international apps like Happn, Bumble, etc

But QuackQuack was first among equals then and continues to be so now. While its peers grew on external funding QuackQuack remained a bootstrapped startup and paved its way organically into the hearts of Indian singles.

From the very beginning, founder Ravi Mittal and the lean team of 16 at QuackQuack was always on the lookout for simple hacks that would help the company grow big time and also help reduce its cost per acquisition (CPA).

And when we say small, we’re talking really small — changing the colour of call-to-action tabs such as ‘Submit’ on its app; tweaking the tagline from ‘Sign Up Now. It’s Free!’ to ‘Sign Up Now. Meet Singles!’; using front profiles of models in advertisements. Simple as they seem, these changes helped QuackQuack increase its user base by almost 100% in no time. The Butterfly effect this! isn’t it?

Whether it was Google Ads, app store optimisation, or any other digital marketing hack, QuackQuack left no stones unturned to grab bigger and bigger bites of the online dating pie in India. The startup even advertised discreetly on its competitors’ platforms, sending out the right messages at the right time!

Having learnt the tricks of the trade early on, Quackquack zoomed ahead in the online dating game.

A Hack Here, A Hack There, And QuackQuack Zoomed Ahead

A strange thing to say at a time when others in the online dating business are raising million dollar fundings, making big marketing budgets to acquire customers at high costs, and scaling at a quick pace.

Mittal, who’s from a non-technical background, learnt the basic lessons for QuackQuack by observing existing products like Facebook and Shaadi.com.

It took the team more than 10 months to build a go-to-market product, on which Mittal spent INR 10-15 Lakh ($14,780) from his savings. Within three months of the launch, they got their first paying customer. Today, they stand at 3.5 Mn users.

Over the years, QuackQuack decided to take the path less trodden — working on a tight budget and keeping the growth mostly organic. But it’s a challenge the QuackQuack founder is willing to take up.

In the absence of a big marketing budget — unlike its peers Truly Madly and Woo — the QuackQuack team did what it’s best at — improvised. They came up with the innovative techniques to engage with users. From simplifying its user interface to running referral programmes where users can earn referral credits by inviting friends and use them to buy premium memberships, to reducing the plan price targeting young users, there’s no trick in the book the QuackQuack team hasn’t tried. And they all worked like a charm!

Employing top performers, focusing on app stores, ROI-focused campaigns, and search engine optimisation are a few other techniques that QuackQuack implemented to grow fast and monetise its user base better.

The team also made all the right moves to make sure its users were happy, stayed loyal and invited their friends. For instance, the team observed their Android app was taking a lot of time to open and the match line-up was also slow to load. “We had to fix this. However, we went one step further and our development team worked hard to bring an update where currently our Android app is among the fastest to open, and the match lineup is seamless, without any breaks or loading time, The result was impressive. The faster match loads increased user activity of liking and disliking profiles by 40%, leading to more matches per user and more time spent on the app,” explains Mittal.

Keeping in mind India’s patchy Internet and proliferation of basic smartphones, they kept the app light with a 10MB size on Play Store as compared to 25MB for TrulyMadly and 47MB for Tinder, they also reduced push notifications to improve the UX.

No wonder then, that QuackQuack has now almost devoured the dating market with 3.5 Mn users on date. The startup is today leading in the Indian online dating market to feature among the top-grossing dating apps in India with revenues of INR 3.54 Cr (FY17-18) as per QuackQuack’s internal reports.

Algorithmic Flirting with The User

Interestingly, while most of these apps have been focussing on app engagement with a minimal focus on browser traffic, QuackQuack has managed to drive 70% of its traffic from desktop and mobile browsers together. This shows that QuackQuack is clearly ahead of many of its competitors in terms of overall traffic.

QuackQuack understands that while mobile apps are the main touchpoints for people using dating apps, browser traffic is important. Serving customers through browsers also helps retain customers who are likely to uninstall apps.

The QuackQuack app also offers some quirky experiences that are not related to the UI flow. While browsing the app, as users wait for screens to load, quirky lines pop up, as if the app were conversing with the user. “This has made our app the talk among users and their friends and this helps with word-of-mouth publicity,” says Mittal. 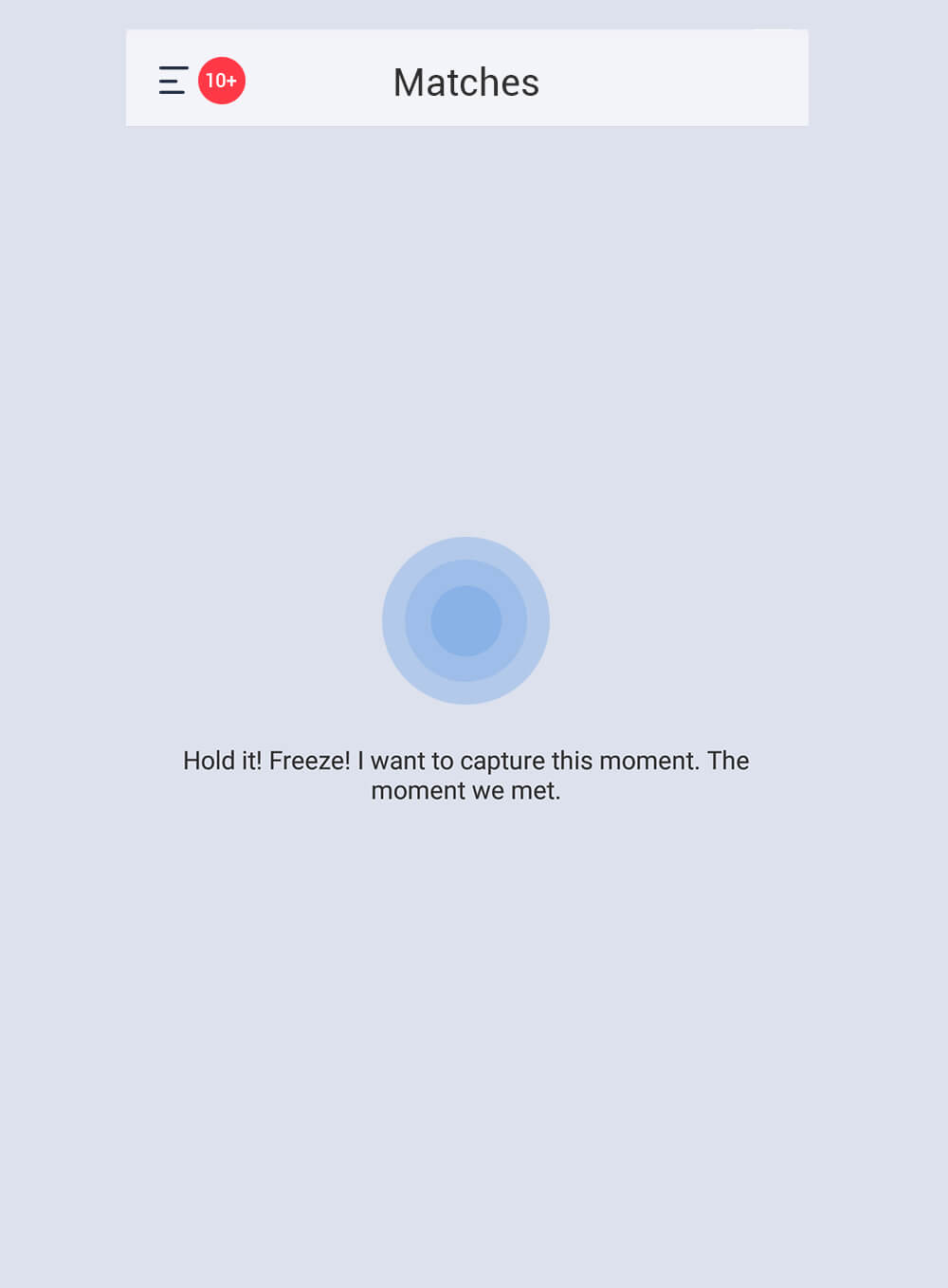 QuackQuack: Bootstrapped, But Way Ahead Of Its Competition

QuackQuack is making waves in dating circles and challenging the dominance of popular and deep-pocketed dating app giants in India despite being bootstrapped.

A quick look at data of the leading dating apps in India shows that the QuackQuack app has been rising in popularity.

QuackQuack started the year behind its competitors on Apple Store in February 2018, but within a few months, its popularity soared. It is neck-on-neck with TrulyeMadly and slightly ahead of Woo for the most part on Apple Store. As on date, QuackQuack has over 1,000,000 downloads.

In the Android world, QuackQuack has remained ahead of TrulyMadly for the most part of the year gone by. While TrulyMadly started ahead of QuackQuack in February 2018, the latter was quick to pick up and overtake it with increasing downloads over the months. 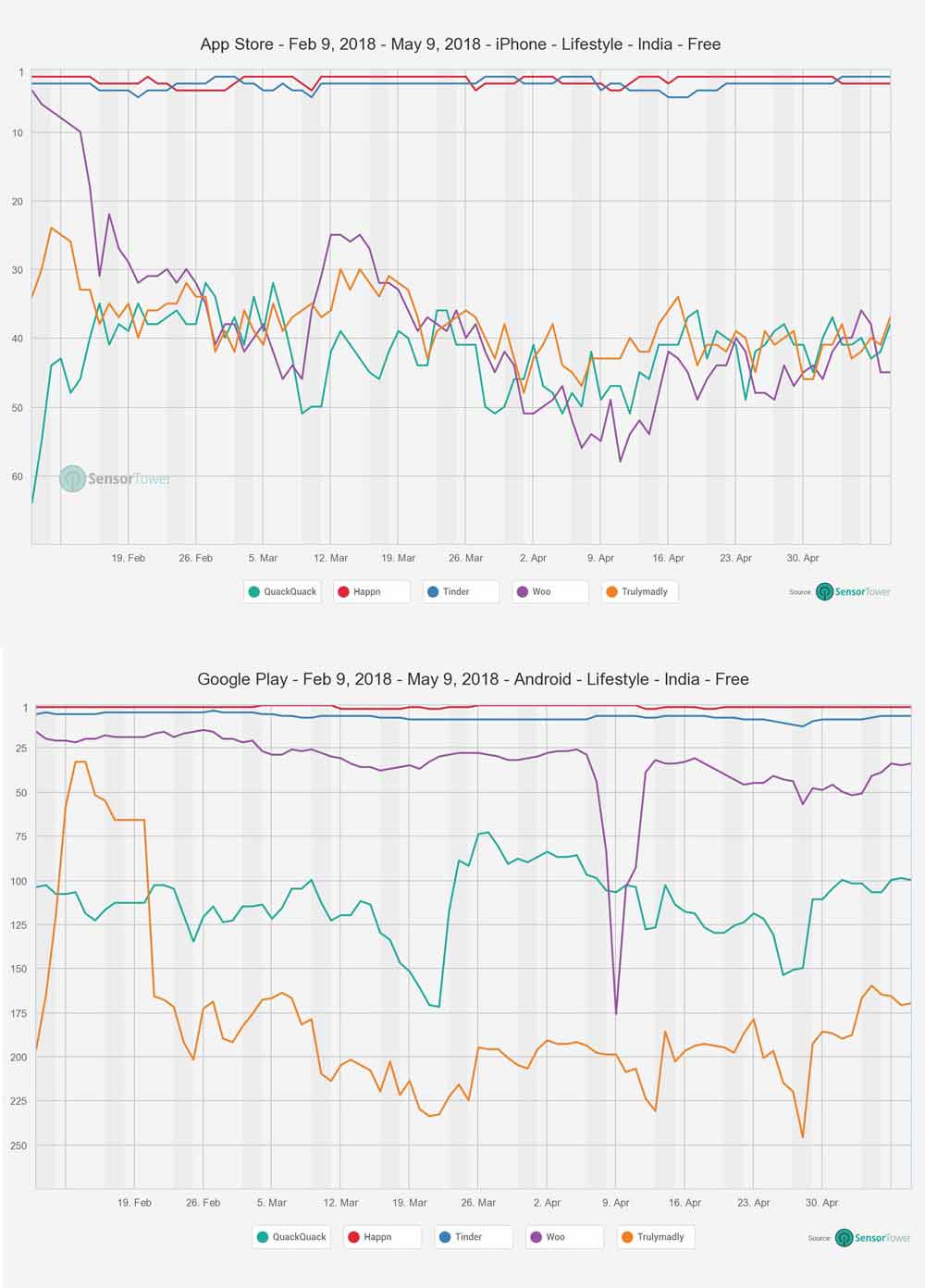 There was a time was when Indians struggled to get the phone numbers of potential love interests or sent them Facebook friend requests with a surreptitious “I want to be friends with you” message. Fast forward to 2018, and they can take their pick of dating apps, both Indian and international ones — Woo, Happn, TrulyMadly, Hinge, OKCupid and, of course, QuackQuack. Now, even the social media giant Facebook is eyeing the Indian online dating market with its soon to be launched dating app for the Indian community.

The revenue in the online dating segment in India is projected at $20 Mn by 2022, suggestive of an annual growth of over 10% owing to the plethora of dating apps doing the rounds.

While those looking to settle down (and their parents) veer towards online matrimony sites, young Indians for whom socialising on social media is an integral part of life are delighted to have dating apps specifically designed for them.

In a country tied down by social censure of all things related to love and dating — from Valentine’s Day to PDA — the road to success for dating apps like QuackQuack has been a rocky one, but in the last couple of years they’ve become an integral part of Millennials lives. So much so that the trend has started finding portrayal in Bollywood films. In Qarib Qarib Single, the lead actors met through an online dating site and later moved on to become partners for life.

As the online dating trend gathers steam in India and young singles no longer have to be clandestine about having profiles on dating apps, QuackQuack can look forward to solving the problem for more and more singles, help them find dates, and continuing its growth hacking to the top of the dating apps chart.