Armed With Notice Periods, This Marketplace For Job Seekers Takes On The World Of Job Portals

Armed With Notice Periods, This Marketplace For Job Seekers Takes On The World Of Job Portals 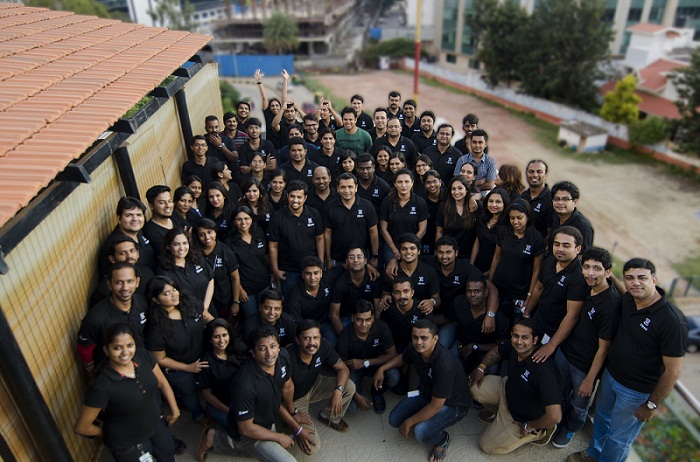 Today we are living in an on-demand economy. We look for instant gratification and prefer products and solutions which cut through time hurdles and inefficiencies. Every single individual or company now wants demands to be fulfilled in the timeliest of manner. Be it hyperlocal, ecommerce, home services or for that matter, even recruiting. Just-in-time is the mantra these days. Modelled on this concept was the Bangalore-based online recruitment firm, Hiree (Previously, MyNoticePeriod), which aimed to bring together recruiters and potential candidates actively looking to change their jobs.

Founded by Manjunath Talwar and Abhijit Khasnis, Hiree has a winning USP for both job seekers and employers. It only focussed on creating a curated database of active job seekers. So these were people who were either serving their notice periods or looking actively to switch or on a sabbatical. The idea was to cut down the considerable time that was lost in finding the right candidate, expedite the hiring process by aiding recruiters to make quick hires and simultaneously help active job seekers find better find better offers, super-fast.

The startup, founded in 2014, was rebranded to Hiree in May 2015 to expand the benefits of the platform to all categories of job seekers. On rebranding itself to Hiree from myNoticePeriod, Abhijit stated, “When we started myNoticePeriod, our aim was to reduce the hiring lead time for employers and give better offers to job seekers. We started with smaller target group of notice period candidates. Given the success and customer feedback, we are now expanding the benefits of the powerful hiring platform to all categories of job seekers. Hence the need for a new name which is ‘Hiree’. With Hiree.com we will grow even faster, add innovative features and deliver further efficiency gains for our users.” 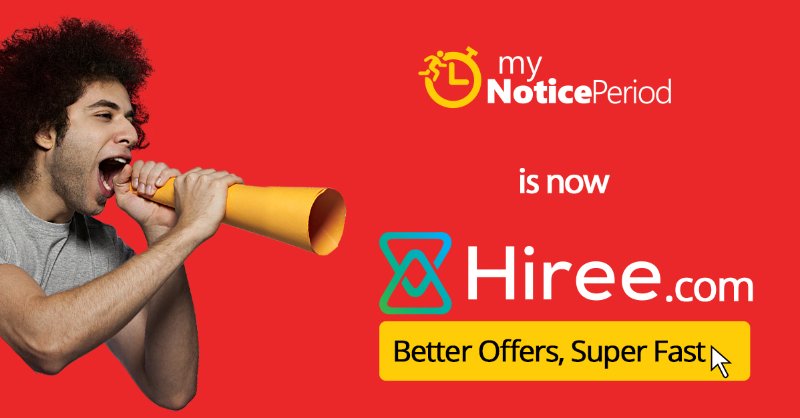 Registration on the portal is a simple one click process wherein the active job seeker creates his profile. Hiree has three types of candidates on its portals: one who are actively looking for jobs, second who are serving their notice period and lastly those who are available .i.e. either they are off a job or on a sabbatical. The startup’s own call centre does the verification of each and every potential job seeker. Additionally, the startup asks candidates to list their expectations upfront in order to better match them with the requisite jobs.

The startup employs a robust technology platform using big data and analytics, a pending patented technology which powers the search ranking, based on relevant factors. Active job seekers are categorized and ranked depending on many factors such as how active they are or their qualifications. This highly curated list is then available to recruiters who are looking to make a quick hire.

Unlike many of the other job portals which throw up a mass of resumes for any jobs available in the market, Hiree was very clear that it would only focus on the active candidates and weed out the passive ones. As Abhijit puts it, “We are a job seeker portal and not a job portal. So per se, you would not find job listings on the portal. This is because we believe we are in an employee’s market and not an employer’s market.”

One key differentiating feature of the company is that it removes candidates from the active list after 90 days, making the platform free of passive candidates. Thus the value proposition to Hiree’s clients is pretty simple – they receive a curated, filtered and a verified list of active people who are in the phase of changing jobs. This enables Hiree to stay true to its motto of helping candidates gain better jobs, superfast and aiding recruiters by expediting the hiring process by removing hiring inefficiencies.

The startup aims to target all active job seekers pan India who are either in their notice period or sabbatical and has managed to add more than 4.5 lakh+ job seekers on its platform across domains such as IT, BFSI, legal, and others. Similarly, on the recruiter’s side, it services startups, enterprises, and recruitment companies alike.

The company follows a subscription method of monetization which could either be for a period of 6 months or an annual contract. Till date, it has 1,600 paying customers which include the likes of India Bulls, Cognizant, Altair, Microland and also startups such as Taxi For Sure, CommonFloor, Ola, TeeWee etc.

The portal adds about 40-50k job seekers every month with over 50% of its demand coming from the IT industry and the rest spread across verticals such as BFSI, manufacturing, accounting, legal, healthcare, retail, and others. It has already crossed 4,50,000+ profiles on its portal as of now.

Hiree, which was incubated more than a year ago under the Nasscom’s Startup Warehouse programme, has raised two rounds of funding till date. In September 2014, it raised $299k (INR 2 Cr) in a seed round led by IDG Ventures India which also included angel investor Ravi Gururaj, Prashant Kirtane, CTO and co-founder of travelmob.com, Shamsunder Talreja, owner of JetSet Capital, Raghu Krishnananda, former Yahoo engineering leader.

This was very quickly followed by a Series A round of $2.7 Mn (INR18 Cr)  led by IDG Ventures India in February 2015, earning it the distinction of one of the “Fastest from Seed-to-Series” startups in recruitment space.

Naukri is the biggest player in the job search space holding more than 20% of market share. The online recruitment space is highly competitive and for ages it has been monopolised by traditional players like Naukri, Monster, Shine, Indeed and TimesJobs. Sensing a stagnation in this space and aiming to disrupt it, a whole bunch of startups like IIMjobs, Babajobs, HackerEarth, GrownOut and Venturesity, Talentpad, Jobspire, Talview, among others, have mushroomed.

Then there is Beatmysalary, which is focused towards mid-to-senior level hiring, like HeadHonchos – a career portal exclusively for the senior management professionals. Another player called Super calls itself the “Tinder for jobs”. It connects people not only to the job, but also to the company culture, their vision and what it actually feels like to be there. Recruiters can search through the list of candidates and simply swipe to choose the ones they like.

Furthermore, even PM Narendra Modi recently launched a job portal called National Career Service, to take over all government-run employment exchanges in the country. The portal plans to bring in 20 Mn job seekers already registered with the various employment exchanges in India, and it is also trying to bring 900,000 establishments and companies on the portal.

What differentiates Hiree from these other startups is that it’s not a traditional job bourse. It only lists active people, people who are actually available or are serving their notice period, and are ranked and categorized by a robust technology platform using big data and analytics on relevant factors. The company’s unique focus on quick hires sets it apart from the others. Also, its focus on staying relevant by removing passive candidate profiles from its system after 90 days is another differentiating factor. Additionally, it was also the first company in India to launch a recruiter app.

In the future, it is looking to add more domains, work on a new feature which will involve new ways of posting a job seeker on the portal, as well as develop an iOS app for both recruiters and job seekers.

The online recruitment space is evolving. Traditional players have dominated the market since ages, creating stagnation. However, of late, online recruitment startups are creating quite a stir in this space. Sensing the disruptive market opportunity and the on-demand nature of economy, a number of players have mushroomed. Capitalising this opportunity, however, will be a different ball game altogether. These online recruitment startups have to remain on top of their game and ensure that they adapt and evolve regularly to cater to the demands of the constantly evolving talent pool. In order to stand out from the crowd, differentiation and staying relevant is a must. By focussing just on active candidates and curbing hiring inefficiencies to an extent, it has created a niche for itself in this market. But the challenge will be to scale up further to compete with traditional players and disrupt the marketplace in a bigger way.