Five Successful Startups That Started Out As Blogs

Five Successful Startups That Started Out As Blogs 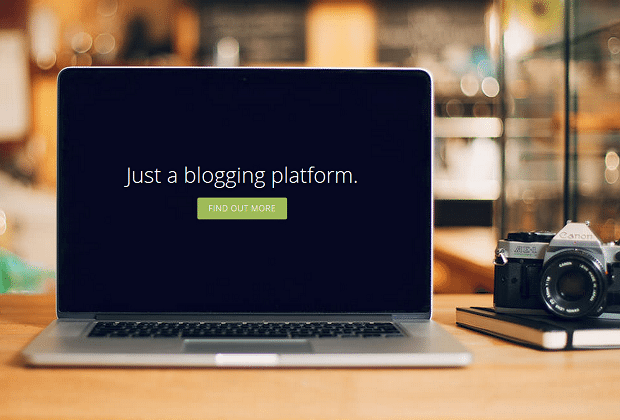 Is it worth building out a functioning prototype to validate your startup idea? Here are five successful startups that began life as blogs, and why the blog-first approach might be right for you.

You have a great startup idea. Enthusiastically, you exercise your technical chops and begin coding. After weeks of long, caffeine-fueled nights, you release your product to the world with anticipation. But no one cares.

We’ve heard this story before. Far too often, entrepreneurs build something that does not solve a real problem. Thankfully, Lean Startup provides a guide to help entrepreneurs discover market needs and build a company through validated learning. Its practitioners instrument experiments to test hypotheses and identify what customers truly want. Here are a few common strategies:

One less known approach is the blog-first method. That’s right, a simple blog post is a viable tactic to quickly validate ideas and gather market feedback. Here are a few examples of startups that have successfully used this strategy:

Danielle Morrill poured her heart out when she announced the death of her startup, Referly. Shortly afterward, she published The Y Combinator Startup Index, using publicly available information to measure and rank the success of YC startups. The post exploded into hundreds of tweets, hitting the front page of Hacker News.

She followed with additional posts analyzing 500 Startups, TechStars, Andreessen Horowitz, and other portfolios, all of which received similar attention. The topic clearly struck a cord in the startup and investment community and she continued writing every day. Danielle published 89 essays over 10 weeks, building an audience before announcing her new venture.

On May 2nd she announced: “In case it wasn’t obvious, this is our startup and these posts are our MVP.” Shortly afterward,Mattermark was launched.

Dubbed the “Bloomberg for startup investors,” the product was an expansion of the Startup Index her audience feverishly consumed. Danielle cleverly built a following and proved that people valued the content through her blog before launching her new venture.

In January, Zack Shapiro published an insightful essay on his blog,Why Muting is the next big era of the Internet. In the post, he described a solution to our unfiltered, noisy social feeds, which he called the “Muting API.” Tired of Apple’s latest WWDC announcement? Want to avoid Game of Thrones spoilers? Disinterested in reading about who made out with whom on The Bachelorette? The service Zack described would enable people to take control of the content they consume, empowering its users to filter keywords, topics, hashtags, events, and other updates from Twitter, Facebook, and other feeds.

The post received enormous interest as readers enthusiastically suggested ways they might use the service, as exemplified by this eager Hacker News commenter:

I’ve been wanting this for a different reason than information overload: to hide spoilers. Whether for TV shows, movies, or sports, it’s easy to come across a result you’d rather discover later on, and one shouldn’t have to switch off all channels just to avoid coming across it.

Inspired and affirmed by the feedback on his idea, Zack sought to turn his blog post into a reality. While working full-time at TaskRabbit, he started building the product during nights and weekends. On May 9th, three months later, Zack released Silencer, a free Chrome extension that empowers users to mute Twitter and Facebook posts that contain specific keywords or hashtags. Today his service filters 6k-10k pieces of content daily and has been featured on Lifehacker, CNET, and The Next Web.

Did you know that Groupon originally launched as a blog? The first version of the daily deal site was “totally ghetto,” according to an interview with founder Andrew Mason. To launch the idea, the team re-skinned a WordPress blog with the Groupon brand. Each day, they manually posted offers for heavily discounted restaurant gift certificates, concert vouchers, movie tickets, and other deals in the Chicago area. Using off-the-shelf software, they generated PDF coupons, emailing vouchers to customers using a script and Apple Mail.

Although not the most elegant or scalable solution, the blog enabled Groupon to quickly prove that people would pay for coupons, and helped it measure market demand with little upfront investment. “It was enough to prove the concept and show that it was something that people really liked,” Mason recalls. Once the idea was validated, Groupon expanded its operations and infrastructure far beyond its humble blog beginnings.

In June of 2012, Twitter introduced policy changes restricting permissions and access for third-party developers. This affected several businesses that relied on the service, many of which eventually shut down. Shortly after the announcement, Dalton Caldwell expressed his distaste for Twitter’s decision to restrict its API and focus on ad monetization. His arguments resonated. The post quickly circulated the web, racking up more than 80,000 page views in just two weeks. People were hungry for a Twitter alternative with an open API and an ecosystem that did not rely on advertising to sustain operations.

It turns out his idea wasn’t new when he published the rant. Dalton and his team had been working on a relaunch of App.net, their “secret project”, for the past 8 months. However, Dalton was able to validate market demand and publicize the new product through his blog without needing to actually launch it. His writing even inspired supporters who shared his vision to provide feedback for the unreleased product, which his team listened to:

It is very rare to be sitting on an idea that manages to capture people’s imagination. My understanding of just how rare having an inherently powerful idea is prompted me to pay a great deal of attention to the amount of discussion this blog post generated.

App.net went on to raise more than $803,000 from 18,000 customers that shared his vision, only six weeks after Dalton’s prolific blog post.

Ghost, a new blogging platform, launched a Kickstarter campaign in April 2013 that generated massive attention in the open-source community. But it was actually a blog post that kicked off the movement five months earlier. John O’Nolan originally created a concept page describing his vision of the ideal blogging solution. On the concept page, he explains how WordPress, the de-facto self-hosted publishing solution, had outgrown its blogging roots, introducing unnecessary complexity and overhead. Ghost is a re-imagining of what a blogging platform should be, designed specifically for the blogger with ease-of-use at its core.

Within a few days of publishing the concept page, O’Nolan told me via e-mail that he received more than 91,000 page views, mentions in Mashable, and an interview with PandoDaily. In addition to the exposure, hundreds of fans and critics offered valuable feedback. Where others struggle to find their customers and gather feedback, O’Nolan received a flood of input and valuable data from the proactive, engaged community.

Ghost’s supporters are now eagerly awaiting its public appearance, with the teaser site receiving 200,000 page views each month. While still in development, John built a following of 5,236 paying customers and 19,000 email subscribers growing at a rate of 2,500 emails each week. It all started with a blog post.

The beauty of the Blog-First Startup is that it allows the entrepreneur to:

There is no best method for gathering feedback and validating startup ideas, but add blogging to your lean startup toolbox and before writing code, consider writing a blog post.