Can Fitpass Change Our Outlook Towards Fitness?

Can Fitpass Change Our Outlook Towards Fitness? 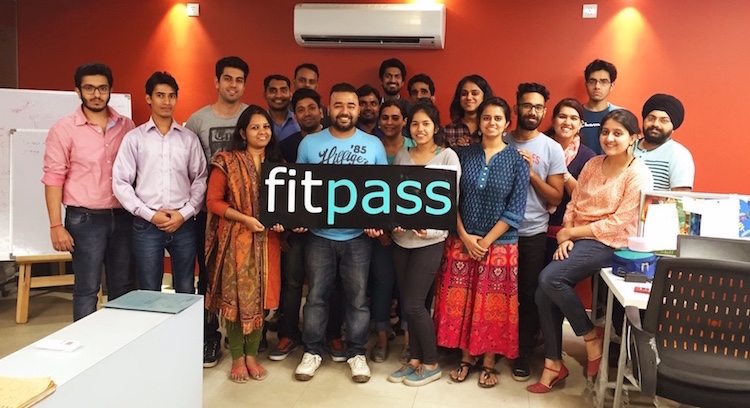 We love our couches and food much more than anything else. But the startup ecosystem is turning things topsy-turvy and now there’s even a new industry segment called fit-tech. These new crop of startups are playing an important role in changing our attitude towards fitness. And it goes without saying that they have found enough success. One such startup is Fitpass.

Many people join fitness centres with a lot of enthusiasm, possibly imagining the brilliant outcome. Now consider the following situation:

Your hectic work schedule is restricting you from hitting the neighbourhood gym on workdays. So, to avoid missing workouts, you sign up for a second gym that is close to your office. But, you end up not liking it, and start skipping sessions. By this time, you have lost a lot of money, effort, time and most importantly whatever enthusiasm you had left in you. Eventually, you just give up.

Akshay Verma, a Delhi-based entrepreneur and fitness enthusiast, wanted to solve this very predicament. Keeping this in mind, in June 2015, he joined his sister Arushi to start Fitpass – a startup that claims to be your gateway, or rather pass, to workout anywhere, anytime across 1000+ gyms and fitness studios in Delhi NCR. Priced at INR 999 per month, the startup gives its users the flexibility to workout when they want, how they want, and where they want.

The company is being fostered as a full-stack managed marketplace, offering appreciable choices and accessibility to consumers, while enabling service providers to earn more by standardising the fitness market in India. Fitpass also strives to standardise the quality of services available in India to enhance customer satisfaction levels in this realm, generating more demand. Akshay says, “Fitness consciousness is rapidly increasing. Today, ‘gyms’ is a more searched word on Google than ‘Bollywood’. India wants to get fit but there is a lot of friction that prevents us – price, convenience, fixed schedules, long term contracts and lack of standardisation of services. Fitpass is using technology to remove the prevailing market inefficiencies and make fitness super accessible to the Indian consumer.”

The company has a strong team of 20 that is trying to revolutionise the fitness industry.

Akshay, a St. Stephen’s College and Columbia University alumnus, used to work as an investment banker. In 2012, Akshay founded Skillhippo – a platform for users to help them make informed decisions on trainers. That led to the establishment of Fitpass. While, Arushi, a University of London graduate, worked as a World Bank consultant before the startup bug bit her.

The app is available on web, Android and iOS. Once you download it and create an account, you need to get a monthly or quarterly subscription. With the Fitpass membership, you will be able to reserve a session at any of the 1000+ partner gyms/fitness studios. One can search for a centre by its name or address, or even on the basis of workout type, distance from one’s location, time and duration of one’s workout, and centre amenities (like availability of AC, parking facility, etc.). On reserving a workout, users will receive a unique reservation code (URC) via SMS and email. Produce that, along with your photo ID and Fitpass membership ID, on reaching the studio, and you are good to go.

There is no restriction on the number of times you visit a gym/fitness studio. The company claims that there are more than 100,000 workouts to choose from; the choices can be as varied as Pilates, Zumba, yoga, spinning, cross fit, circuit training, boot camp, Krav Maga, kickboxing and aerobics.

Startups like Classhop, Classverse, Passport Asia, Fitrr and Fitmein (backed by GHV Accelerator) are operating in the same space as Fitpass. Apart from these, there are fitness aggregators and fitness discovery platforms like Gympik and Fitternity, which are doing pretty well. Gympik, which has around 6,000 trainers and 10,000 fitness centres across 20 cities, has recently raised a Pre-Series A funding from RoundGlass Partners. Akshay says, “The difference between Fitpass and Gympik is like the one between Swiggy and Zomato.” As we know, the lines have merged since the launch of Zomato’s food delivery service last year. Then again, the fit-tech segment is still a blue ocean, with a lot remaining to be achieved.

The monthly subscription fee at Fitpass is INR 999 and the quarterly fee is INR 2499. Besides this membership scheme, Fitpass also offers six proprietary products, aptly named after the most common fitness goals – Six Pack Abs, Sexy Calves, Dolay Sholay, 36-24-36, Pecs of Steel and Bikini Bod. With each of these products, customers get a curated diet plan and workout guide to further help them achieve their fitness goals.

Earlier this month, the startup entered into an exclusive partnership with Snapdeal to sell its proprietary products.

The app has over 5000 downloads on the two platforms (iOS and Android), and as per the website, the platform has drawn more than 15000 fitness enthusiasts.  “We have a month-on-month growth of more than 100%,” says Akshay.

The company is currently bootstrapped and they might raise some seed funding in the near future.

Fitpass has tied up with Gold’s Gym, Elemention, Crush Fitness, Delhi Dance Academy, Bharat Yoga Sansthan, and Her Fitness, among others. With over 1000 fitness centres under its belt, Fitpass is operating across the entire length and breadth of Delhi NCR.

Akshay observes, “Disposable income has grown 200% over the last 5 years. This increase is greater in urban areas where lifestyle diseases and fitness consciousness are rapidly on the rise. And going on the basis of number of fitness centres, Delhi NCR represents the biggest market opportunity (with 15.9%). So, we have a huge scope to turn things around.”

The company’s next phase of expansion will span cities like Bangalore, Pune, Mumbai, Hyderabad and Chandigarh.

The fitness industry in India is still an unorganised sector. Fitpass, and the likes, are aspiring to standardise the services by bringing down the information asymmetry and skewed pricing policies. Alongside, they are making fitness accessible by making it economical, convenient and fun. At the same time, they are also helping the fitness centres in optimising their space and cost as well as generate additional revenues. Overall, it’s a win-win situation for all the involved parties.

Taking out planned time for fitness and recreations isn’t much of a choice for the urban population. Moreover, with the decreasing number of playgrounds and outdoor facilities, fitness centres are bound to play a more serious role in shaping the nation’s health index. So, startups like Fitpass would come to the forefront here.

But it also presents a paradoxical problem – our hectic work-life schedule might deter us from staying on course for too long. And although, there’s a growing fitness awareness amongst the youth, it’s also true that a mass education initiative regarding health and fitness is long impending. So, acquiring new users and retaining them will be two cardinal barriers. Good thing is entrepreneurs like Arushi and Akshay are considering this barrier to conversion more as an achievable challenge than a drawback.