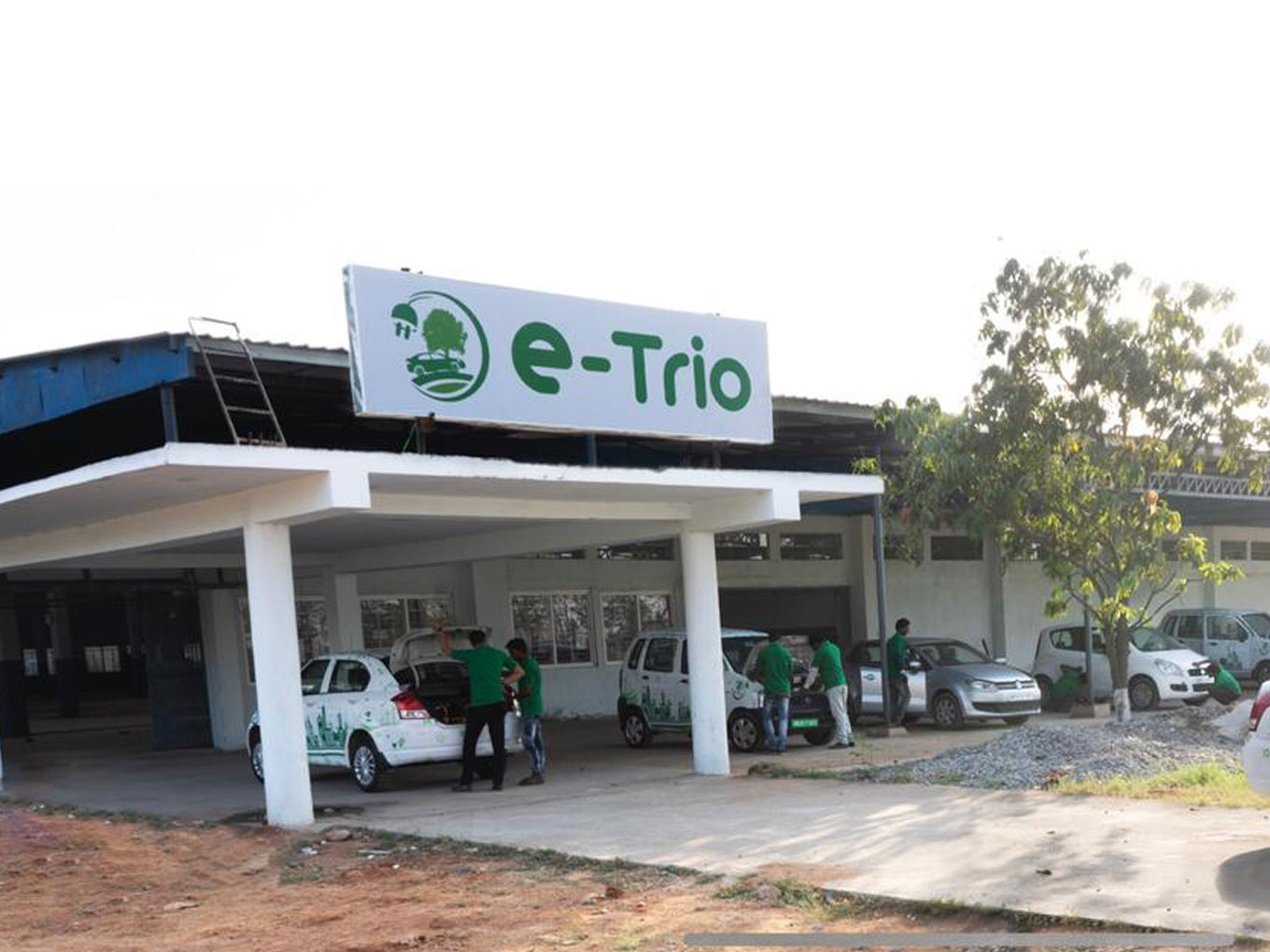 Long before electric vehicles were a thing, India was exploring ways to use compressed natural gas or CNG to reduce its dependence on fossil fuels such as petrol and diesel for vehicular transport.

In 1998, the Supreme Court had directed the government to prioritise use natural fuel to run vehicles which led to the mass conversion of conventional vehicles into CNG-powered vehicles. It issued a directive seeking the conversion of all buses, taxis and three-wheelers to CNG. This gave rise to an altogether new category in India in the form of the CNG retrofitting market.

Two decades later, something similar is happening in India but this time the vehicles are being transformed to run on electrical batteries, eliminating the need for any fuel and reducing vehicular emissions drastically.

This is a big opportunity in India as electric vehicle production is still not scaled up enough to make a deep impact on the market. Besides, electric vehicle parts especially batteries being imported from other countries such as China, draw heavy duty and taxes, which raises the prices of electric vehicles.

Hyderabad-based E-Trio is taking a leaf out of the CNG playbook with a cost-effective retrofitting solution for emobility. The startup provides electric kits to transform conventional cars into EVs.

This solves one of the major pain-points in the EV market i.e. the high cost of ownership of electric vehicles. Recently, a study by Ola’s policy research and social innovation think-tank Ola Mobility Institute said that central government emobility targets for 2030 can only be achieved when the incentive provision goes beyond the purchase cost of electric vehicles. The Total Cost of Ownership or TCO includes the direct and indirect costs of purchasing, running and maintaining the electric vehicle. With these overheads, the cost of ownership is significantly higher for electric vehicles at this point in time, especially as charging infrastructure is not robust.

E-Trio was founded in 2016 by Sathya Yalamanchili who launched the company with a vision to accelerate electric mobility growth in India. Instead of manufacturing expensive electric vehicle models, Yalamanchili chose to focus on transforming existing models into electric vehicles, which not only tackles the price problem, but also increases the electric adoption rate among existing vehicle owners.

While on a visit to China, Yalamanchili noticed the growing number of electric vehicles in the country. This inspired him to foray into the emobility segment and solve the problem for India in a smarter way.

E-Trio’s solution is a  battery-powered electric kit called EV-180, which was first developed in collaboration with engineers in China. The electric kit was designed and engineered for sedans primarily.

Yalamanchili claimed that any car can be converted into electric one in approximately 48 hours using the EV-180.

“Trying to build an electric car company is not that easy. It requires a lot of time and money. This is a smarter way to enter the industry. At a time when India is slowly moving towards emobility, retrofitting existing cars is a smarter route,” said Yalamanchili.

While speaking with Inc42, Yalamanchili explained that the electric kit has been further developed, localised after the initial development in China and that the company is now seeking more certifications.

Currently, 60% of the components used in its electric kit are imported, while the rest is manufactured in India. The kit’s core component of battery cells is sourced from China while the motor controller is imported from Korea.

The company is also looking to enter the ebikes market, which is going through a minor slump currently, to boost EV adoption for short-distance journeys. Yalamanchili said that the electric bike is currently under testing, but didn’t reveal a launch date for it.

Currently, electric four-wheelers in the affordable segment are priced between INR 8 Lakh and 10 Lakh, while the cost of premium electric vehicles can go from INR 80 Lakh all the way up to INR 3 Cr.

Given the relatively high cost of ownership, people with existing vehicles either have to sell their old cars or buy new EVs. That’s where retrofitting existing vehicles becomes a smart and cost-effective solution.In contrast to the high prices of vehicles, an E-Trio electric kit is priced between INR 3.5 and 5 Lakh with the batteries accounting for the majority of the production cost. Yalamanchili explained that the price will differ for consumers based on their per-day range requirement in kilometres.

He added that the company is primarily focussing on the B2B segment for sales, as the kit is currently most feasible for fleet operators who operate vehicles that exceed the 150-kilometre range per day. Currently, E-Trio is working with six fleet operators and employee transportation startups.

E-Trio’s Plans To Scale Up As An OEM

According to Yalamanchili, E-Trio is planning to scale up to become an original equipment manufacturer (OEM) within the electric vehicle space. To achieve this, the bootstrapped startup is now scouting for strategic investors and plans to raise its first round of funding within the next six months in order to scale up.

Geographically, the startup is looking to launch services in Delhi as it believes the market is five times bigger than Hyderabad. “Delhi’s car population is very high and thus retrofitting is not only the right solution but also the need of the hour,” said Yalamanchili.

The founder claimed that E-Trio has converted close to 100 vehicles into electric cars in the last financial year. Now it is aiming to convert around 150 units into EVs in the next two months.

As the Indian government looks to address the gaps in electric mobility through various policies, EV retrofitting could very well become an important point of focus for companies. For instance, the EV retrofitting market is not yet recognised by the government under the Faster Adoption and Manufacture of (Hybrid and) Electric Vehicles (FAME II) policy.

Yalamanchili claimed that E-Trio has also reached out to NITI Aayog over concerns regarding the FAME exclusion, which just goes to show how lacking the existing policy is to help EV penetration.

The matter will come up for discussion with the body after the results of the General Elections are announced and a new government is formed. Till that time, E-Trio is partnering with companies in the EV domain and is enabling two startups in Hyderabad to enter this space and get certified under ARAI’s rules for EV retrofitting. Despite the lack of a clear roadmap for emobility in India, E-Trio’s progress shows that when it comes to innovation, the Indian EV market is alive and well.

With developing electric vehicles in India and the government’s push to help them make affordable by providing incentives, players are coming up and manufacturing their own electric vehicle, retrofitting the existing vehicles may also be an important step to meet the emobility goals. This step will also reduce the number of existing conventional vehicles in India and thereby reducing vehicular emissions.