Big Data, Big Plans: How Axtria Is Gunning To Grow From $50 Mn To $250 Mn In Revenues In The Next Eight Years

Big Data, Big Plans: How Axtria Is Gunning To Grow From $50 Mn To $250 Mn In Revenues In The Next Eight Years 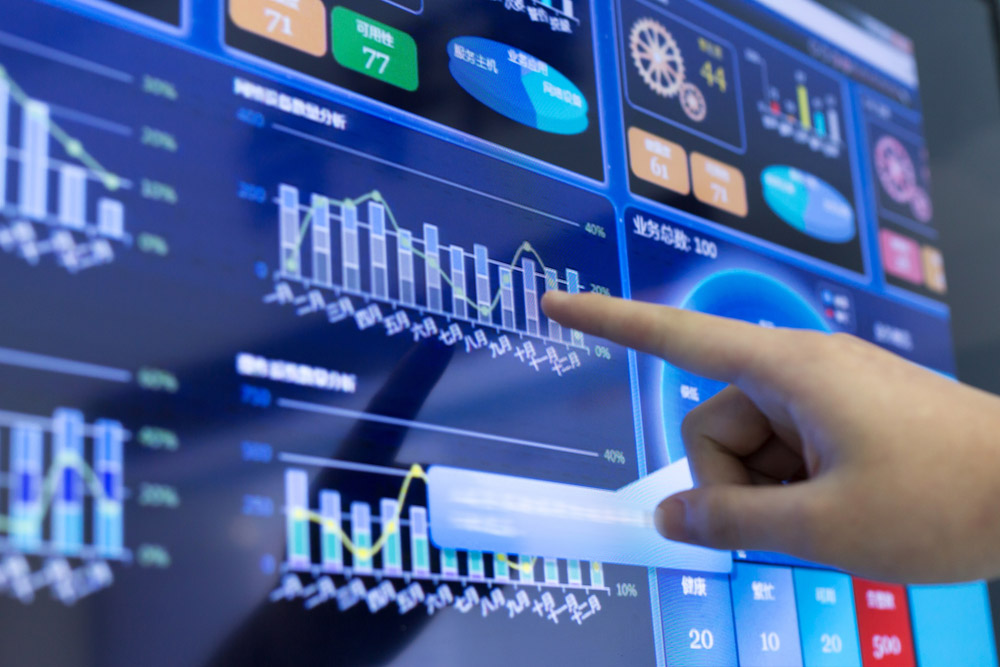 When Jaswinder Chadha (Jassi) sold his first data analytics company MarketRx to Cognizant in 2007 for a cool $135 Mn, he headed the data analytic practice over there. But after working for a couple of years, the entrepreneurial itch started tugging at him again.

“After a couple of years, I was building that practice, I realised Cognizant was a very large fast-growing company and I wanted to do something which is more entrepreneurial. So post-Cognizant, I started looking at different things to do.”

And he did not have to look much further than his previous field. Because the one opportunity that stood out was – the exploding volume of data in the world. While Jassi had a wealth of experience in predictive analysis, the role of technology, software, and automation was becoming more and more important in data analytics. Furthermore, the advent of cloud technology was going to be very disruptive for all aspects of business.

“So digitisation of businesses had been going on for years, data was exploding, the cloud was becoming pervasive. The key was – how do we bring all of that together to build a company that helps customers manage their data, analyse it, and improve their business operations,” recounts Jassi.

And that key became the basis of his next venture – a big data company called Axtria, which he co-founded with his former co-founder Navdeep Chadha. Basically, Axtria is an analytics company for sales and marketing management. The startup, which received an initial $2.5 Mn in funding in 2010 from investors including Sequoia Capital India and businessmen Richard Braddock, Sandeep Tyagi, and Amarpreet Sawhney, the former chairman of MarketRx, has been ranked third amongst the fastest-growing New Jersey companies by NJFast50, in November 2016.

Over the course of these six years, it has raised a little over $40 Mn in VC funding, a major chunk of which came from its $30 Mn Series C round of funding led by Helion Venture Partners in July 2015. 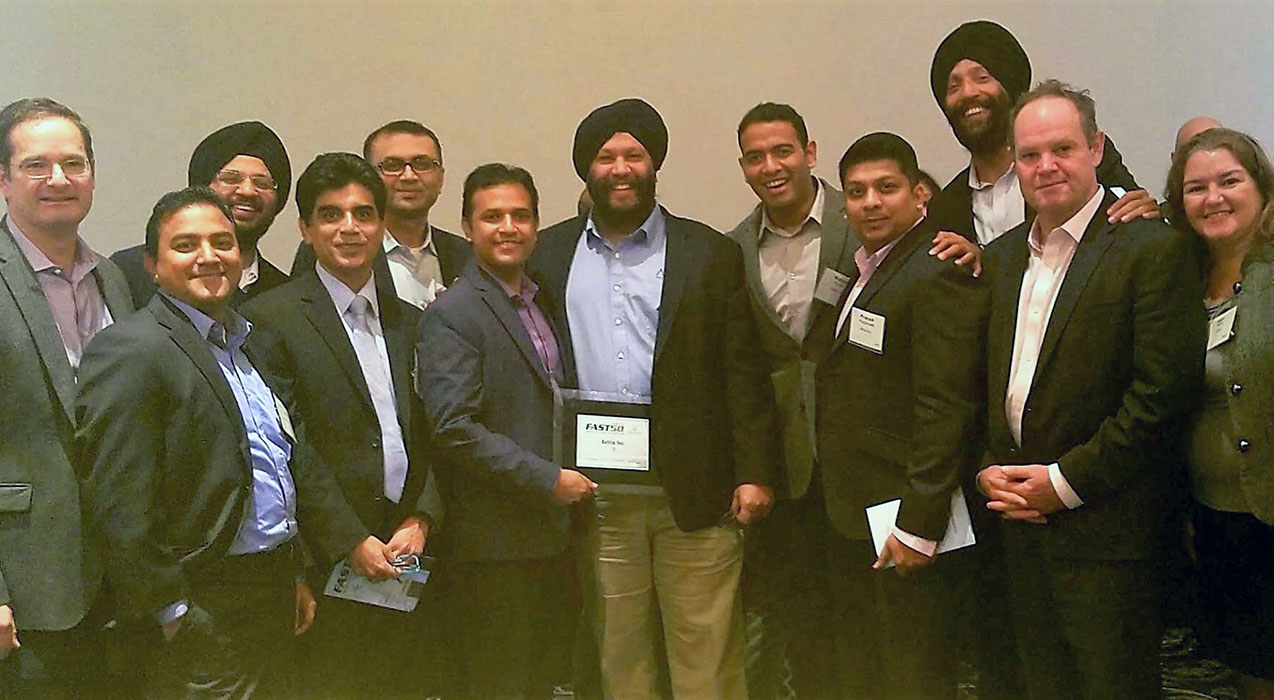 When starting out Axtria, the major questions which needed to be answered were – if the startup should focus on investment in building software products versus providing services? Or should it be a product company or services one? One look at other players in the industry (MuSigma, Fractal Analytics) revealed that they were all horizontal players working in multiple industries and yet couldn’t really claim to be experts in any one vertical in a significant way.

Hence, Jassi decided to build a services company that would eventually focus on business operations and build a platform. Initially, Axtria’s focus was just one – insurance, specifically property and casualty insurance. After almost two years of working exclusively in that industry, it expanded into life sciences and banking in about 2013. 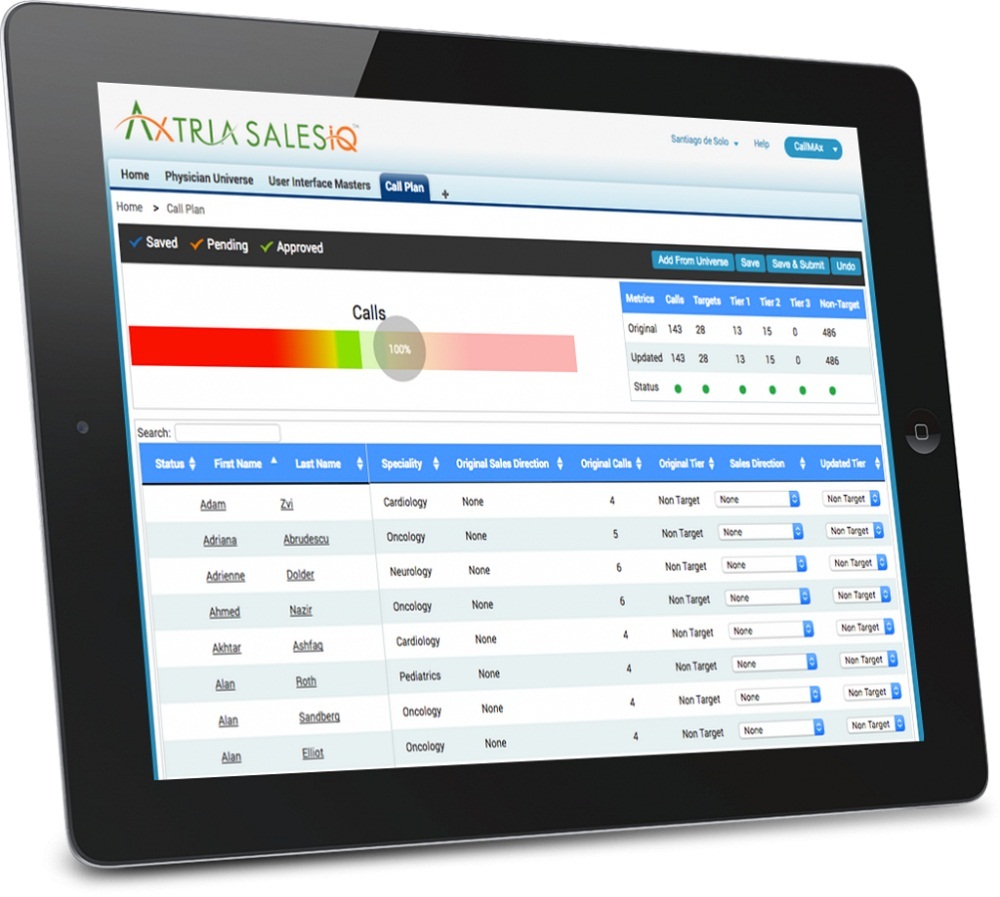 The company has developed proprietary analytical applications like SalesIQ, MarketingIQ, and RiskIQ. These applications get embedded in customer platforms, delivering insights at the point of decision.

According to Jassi, in the value chain of any business – HR, marketing, supply chain manufacturing, sales is the last frontier to get digitised. “What SalesIQ does is that it enables the customer to do sales planning, leverage predictive analytics and data analytics to generate insights.” SalesIQ aims to understand the drivers of performance of a sales rep, and manages different components of sales operations. “So in a nutshell, a complete end to end sales planning and management can be done through the software.”

He adds that industries which spend a lot of money on either acquiring customers or have a large sales force or spend considerably on marketing are best suited to use Axtria. Mostly, these include healthcare, life science, banking and financial services, and retail – which is where its customer base lies.

The startup now boasts of 75 paying customers spread across North America, Latin America, Japan, Asia-Pacific, and Europe. Interestingly, it does not have any direct customers in India even though, roughly, over 75% of its total 850 employees – a little over 600 are based in India. Some 200 are in the US, followed by a few in Europe and other countries.

The startup monetises through several ways – one being the software platform or the SaaS business, but a bigger chunk is the managed services where it runs sales and marketing operations for the customers. Thirdly, customers trust the company to manage their data as well as provide them analytics. Hence, it also runs the customers’ data science centres of excellence or provides turnkey data science teams.

Through these three ways of monetisation, Axtria’s annual revenues have grown to about $50 Mn. The startup claims to have grown at a healthy growth rate of 50% year-on-year. Reflects Jaswinder, “In the past, we have grown faster. When we started six years ago, we had counted that there were close to 100 companies in India proving data analytics. Today, the number is close to 600, in hundreds but, from a scale perspective, we think we are top five or top six in India today.”

As Jassi reflects on his journey, he reveals that the first milestone was putting a team together. He says,

“We started with a very strong and solid team. Before we had our first customer, we already had our team in place, of 25-30 employees, all based in the US. And I am talking of many senior people. Most people don’t have the luxury of starting with 25 people when they start a company. So putting that team together was, in a way, a kick off.”

Of course, like any other startup, acquiring the initial set of customers became the next milestone. Additionally, getting recognised in 2014 as one of the fastest growing companies in all of North America, in the technology world, by INC Magazine was a big boost. So was making the first global deal for its SalesIQ platform and building the first commercial data warehouse for a client to be put on the cloud. “That milestone, in fact, opened up big doors for us,” reveals Jassi.

While Axtria competes in a rapidly growing and crowded data analytics market which has bigger names like Accenture, Deloitte, and Mckinsey in play besides a tonne of companies like MuSigma, Fractal Analytics, Absolute Data, Impact Analytics, IntelligenceNODE, Indus Insights and many others, Jassi believes that being a vertical-focussed company makes it stand out.

He adds, ‘When we talk about life sciences, we do commercial analytics in life sciences better than anyone in the world. A lot of people from India provide the best value but can’t say they are the best in the world. Most data analytics companies out of India are service companies who have not built their intellectual property and proprietary platform. But we have been progressive in terms of innovating such as managing data on the cloud.”

Additionally, it is looking to apply more of machine learning, NLP to data analytics. He explains that the roadmap for the major flagship products SalesIQ and MarketingIQ will have growth – in terms of breadth of different components of business operations which can be covered, and a lot more intelligence and automation built in so that consumers can run their sales operations with a minimum number of people. Machines would be able to handle almost all the data ingestion, analysis, recommendation, running the campaign, and performance management. 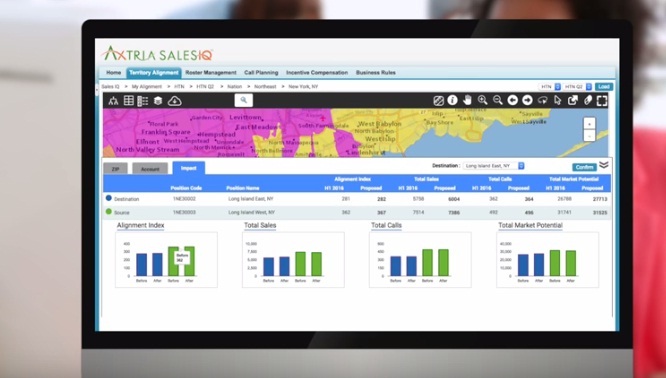 Then, of course, the market is growing rapidly and is driven by the explosion of data itself.  Every client is now convinced to leverage data to improve business operations and efficiency. Consequently, Jassi believes this is similar to the IT explosion that happened decades ago.

He explains, “I see a lot of parallels between the data analytics industry today and the information technology boom 30 years ago. I believe, in the next 10 years or so, there will be several companies with half a billion or even a billion in revenues providing data analytics, software and services.”

But the caveat here is these companies won’t be ‘me too’ companies but ones that can differentiate, according to him. It is for this reason he believes that despite the high number of analytics companies, very few have been able to scale to even $25 Mn of revenues or so. Jassi, however, has big plans for Axtria.

There is no denying the fact that data is the new oil and, hence, many startups have sprung up in the last couple of years to mine this new resource. Additionally, with businesses taking to cloud rapidly, the opportunity for cloud-based analytics solutions can only go north in the coming years. The real challenge will be standing out in an already crowded market by proving differentiated solutions and scaling it up. In that respect, Axtria seems to have had a formidable head start with its hold on the insurance and life sciences vertical. It will be interesting to see how fast it is able to scale up and hit $250 Mn in revenues, as competition further heats up with thousands of businesses ready to embrace cloud solutions in the near future.