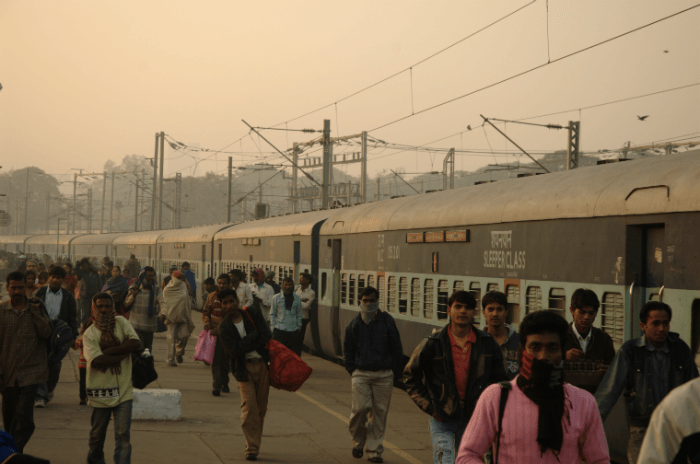 The Indian Railways have been earlier described as “imperium in imperio”, an empire within an empire. With 19,000 trains operating daily, 12,000 trains are run to carry over 23Mn passengers per day. In this country of 1.2Bn people, the setup itself gives rise to a whole new market of railway bookings.

Indian Railways being the most preferred mode of transportation, the market is bound to attract many players. One such player is, Bangalore-based ConfirmtTkt – a startup focused on easing rail bookings in India, today has 15,000 daily users and has secured an Angel round funding from multiple investors including Pravin Agarwala, an IT industry veteran.

It was founded by Sripad Vaidya and Dinesh Kumar Kotha in 2014, to answer the invigorating question – to book or not to book?

Co-founder ConfirmTkt, Sripad Vaidya says, “We want ConfirmTkt  to grow as a ticket discovery tool which can show all the possible ways to get a confirmed ticket no matter what.”

ConfrimTkt is available as a mobile app on both Android and Windows  platform. However,  iOS app will be releasing soon this month.

ConfirmTkt’s algorithm is based on past ticketing trends, similar to how humans predict future on the basis of past experiences and background.

The company does not have a revenue model as of now, but will be created with the inclusion of booking option on the website.

Ratio of Old v/s New Customers: 95% traffic on App is recurring and on website, it’s 50%

The primary challenge is in technology. Co-founder ConfirmTkt, Dinesh says, “We want to bring in more product categories like – break journey through  multiple trains and other transportation modes like Buses and Cabs,for  incorporating all these features, we need to analyse all possible ways and give the info in fraction of seconds. This process should be very fast. We are working on it.”

With the newly acquired funds, company plans on improving their technology and hiring new talent.

Other than ConfirmTkt, other companies targeting this market are- ixigo and Trainman. Both of these portals offer the option of predicting chances of ticket confirmation and thus are in direct competition to ConfirmTkt.

Gurgaon based  ixigo is a travel aggregator offering product categories in the domain of Train, Bus, flight and  hotel bookings.

Whereas, Trainman is the closest to confirmtkt, with  a devoted focus on train related intelligence. Trainman tells users whether to book a waiting ticket or not, by giving you chances of confirmation in that train, along with an option to compare waiting tickets of various trains and predict confirmation chances of an already booked ticket.

Talking about the competition, Dinesh said, “we have an easy to use interface and an accuracy rate of 88% in our predictions.”

Another player, RailYatri had raised an undisclosed amount of funding in pre-series A round led by Helion Venture Partners along with Omidyar Network in June 2015. It targets the same customer base but with a different set of product categories like train status, reservation status, seat availability, amenities, disruptions etc,

Also, there are many other sites dealing with Indian Railways, such as Erail, India Rail Info, 90di IRFCA, Seat 61 and railways sub-forum on Indiamike. These portals serve as fairly useful introduction to the Indian Railways. Then, there exists blogs like – TrainStuffs.in and Indian Raiway Secrets, trying to answer every rail travel questions in detail.

Tony Judt in his essay – “the glory of the rails wrote, “No competing form of transport, no subsequent technological innovation, no other industry has wrought or facilitated change on the scale that has been brought about by the invention and adoption of the railway.”

The total approximate revenue earnings from passengers during April 1, 2014 – January 31, 2015 was $ 5.59 Bn compared to $ 4.86 Bn during the same period last year, registering an increase of 14.93 percent (according to ibef.org). With this growth of revenues from passengers, the railways are seemingly facilitating the rise of a new breed of businesses in India, solely breeding on the huge number of railway passengers.