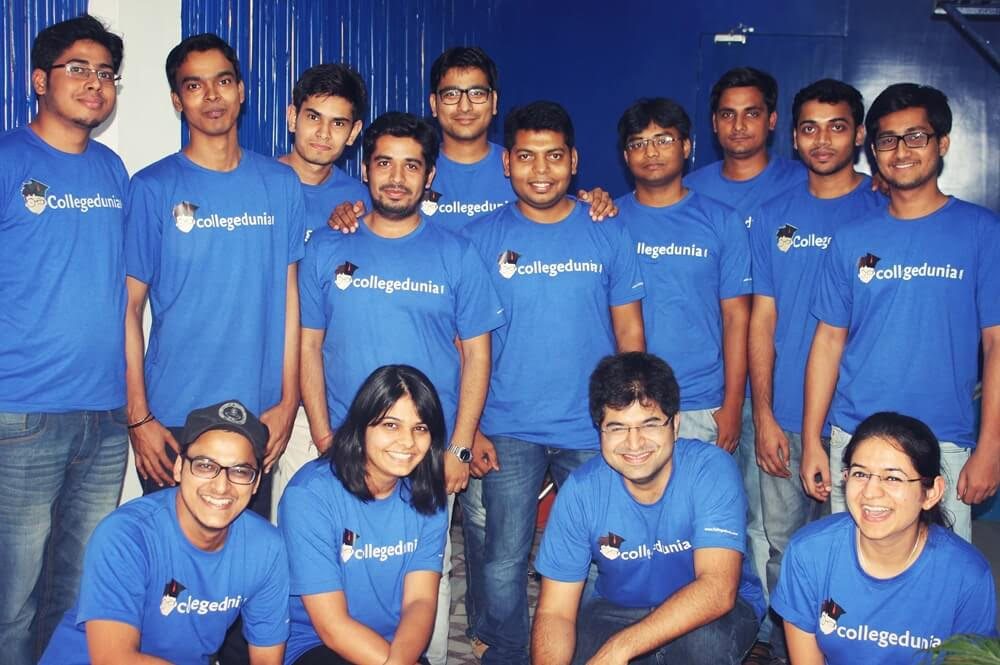 College is a life-changing phase for most Indians, so messing that up isn’t the wisest thing to do. But a lack of thorough information on the Internet, or otherwise, compels a lot of students to take the wrong decisions. Each year, thousands of students ends up pursuing the wrong course, or entering the wrong college, or both. And that’s just the beginning.

Sahil Chalana, a BITS Pilani graduate, founded Collegedunia in 2014 to avert this very problem. In simple words, Collegedunia bridges the information gap between colleges and students before admission. Using Collegedunia’s extensive search engine, a student or a parent can research and collate information on various courses and institutions in India. A user can seek information on a gamut of categories like institution, rankings, stream, course, placement, infrastructure, fees, admission procedure, and extra-curricular activities.

The website interface was revamped two months back, with a special emphasis on the exams section. Since then the startup has seen a profound increase in traffic. The exam section enlists all kind of details on all the major national and state level entrance exams. The interface is very user-friendly and simple. For example, you can have a look at the JEE Advanced 2016 page.

The company has a unique 25 member counselling team that engages in telephonic conversation with students to help them take the right decisions regarding higher education. It also features a review section which has around 50,000 useful reviews from students who are currently enrolled or are passouts from various institutions. A spokesperson says, “Five months back we had introduced a detailed review form wherein users can upload their views on institutions or courses. We regularly update, filter and categorise these feedbacks, so that our users get precise and relevant information.” Upcoming features on the app and website include rank and cut-off predictions, and online counselling.

The company claims that its extensive database, curated content and regular data update are some of the things that makes it stand out amongst the burgeoning competition.

Currently, the company has an ad-based revenue model. But it plans to expand its horizon by initiating an online marketplace for study materials.

After finding that a fair amount of its traffic was coming from mobile, the company launched an Android app around three months ago. And it has already registered close to 20,000 downloads.

Collegedunia has more than 20,000 colleges and institutions enlisted in its database. And here are some statistics that will help us understand the startup’s current growth and traction. 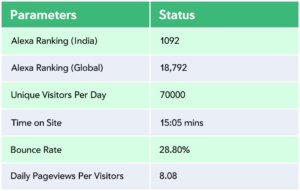 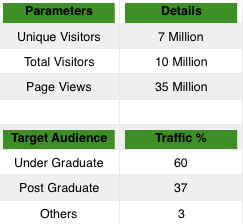 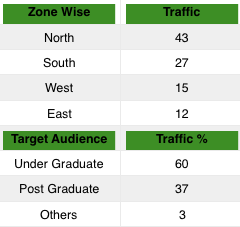 According to a 2015 IBEF report, India has more than 1.4 Mn schools with over 227 Mn students enrolled, and more than 36,000 higher education institutes. India has one of the largest networks of higher education institutions in the world with 666 universities and 39,671 colleges. It is also the third largest in terms of education enrolment with over 21.5 Mn enrolments per year. The Indian education sector is said to be worth $100 Bn. Currently, the higher education sector witnesses spending of over $6.96 Bn (INR 46,200 crore), and it is expected to grow at an average annual rate of over 18% to reach $ 35.03 Bn (INR 232,500 crore) in the next 10 years. The private education sector, which was valued at an estimated US$ 96 Bn in 2015, is estimated to reach US$ 133 billion by 2020. Keeping this in mind, services like Collegedunia will play an important role in shaping the future of India’s youth population.

The other big players in this segment include Shiksha.com, Career360, HT Campus, Pagalguy.com, and Minglebox, among others.

The startup recently received $444K (INR 3 Cr) in pre-Series A round of funding from its existing investor Umang Kumar, co-founder and CEO of Gaadi.com. Prior to this, it had raised $147K (INR 1 Cr) in angel funding from Umang Kumar in November 2014.

The company aims to increase its college database to 30,000 by the end of this year. Alongside, owing to the considerable demand for foreign education, it plans to launch a ‘study abroad’ section soon enough. It also plans to expand its counselling team, so that it can bring the counselling process online and help more students with real time counselling before admission. The company eventually aims to build a comprehensive pathway for students, so that their end-to-end needs are served.

The education industry in India is growing exponentially and the higher education sector is unlikely to see any decay in the near future. Similarly, the number of students seeking higher education is also on the rise. So, that leaves both students and education providers with a lot of options. It’s is only safe to say that the market offers a lot of opportunities. But the ed-tech sector in India has just started to grow.

Collegedunia has, till now, taken the right steps towards capturing this niche but imperative segment. Now, only time will tell if it can play its cards right and successfully deliver on its promises.