How CleverTap Leveraged Behavioural Analytics To Garner Over 4000 Clients

How CleverTap Leveraged Behavioural Analytics To Garner Over 4000 Clients 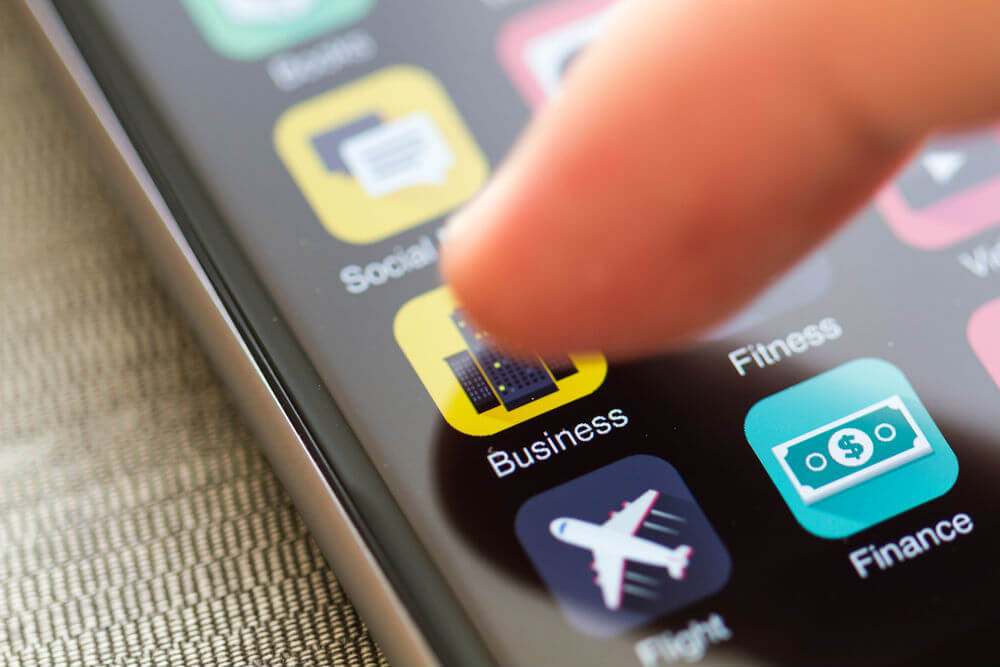 As a techie with over 28 years of experience, Anand Jain, co-founder of SaaS-based behavioural analytics company CleverTap was no newbie to running marketing campaigns and analysing them. However, what piqued his interest in these campaigns in his last stint at Network18 was the fact that most of these marketing campaigns were not targeted ones.

“All users would get the same kind of notifications irrespective of the fact if they were interested in sports, finance or politics. We thought we could do better, target or engage them based on their interest,” says Anand.

But then again people don’t like filling up forms or stating their preferences because these things change over a period of time. Wouldn’t be it cool if one could observe people, understand their behaviour and on the basis of that send notifications without the user necessarily subscribing to these kinds of things, he adds.

And that’s what exactly led him to found CleverTap with two of his other co-founders Sunil Thomas and Suresh Kondamudi who quit their lucrative jobs at Network18 to build the customised platform which could analyse user behaviour, group them into multiple groups and on the basis of what they have done or not done, send them push notifications, emails, SMSes, etc.

Thus was born CleverTap in 2013, a startup that provides mobile app analytics and user engagement products and till date, has catered to more than 4,000 companies.

CleverTap uses analytics to increase user engagement by tracking user behaviour down to an individual through behavioural analytics. The app groups such individuals according to their behaviour pattern then on the basis if they have carried out or not carried out a certain action – say logged in an app or added items to the cart but not purchased, it sends them notifications via different mediums and thus nudges them to move to the next level.

In other words, the app uses the analytics platform to study and evaluate online behaviours and user engagement and then applies behavioural trends to improve retention, engagement and conversion rates.

Here Anand cites an example. “For instance, I have looked at a red jacket three times in the past week but I have not yet added it to the cart of the app, say Flipkart. So, we could send a push notification saying that ‘Hey, there are only three pieces left, so if you click on this notification, we will do the checkout for you with a 15 days return policy’.”

These are the simple nudges that the app follows, taking the user from where they are right now to what you want them to do, explained Anand.

Organisations that benefit from such analytics comes across a spectrum of businesses such as from ecommerce to travel. In the case of travel apps such as MakeMyTrip, CleverTap is instrumental in determining users who are browsing across international destinations but haven’t made any booking yet.

So, such analytics will aid the customer care centre of the travel platform to call the user and say, “We understand you are looking for an international vacation and there’s a lot of money at stake. So, we can help you figure out which hotel to stay, what places to see, how many days to spend, etc. within your budget.”

These simple yet tactical nudges, according to CleverTap, give the customer a lot of assurance and the required confidence to complete the action. The app has been able to focus on such specialisations over the years and today, it process over 55 Bn such actions every month.

1.5 Years Of Monetisation Of CleverTap

The Sunnyvale headquartered startup started monetising the platform in June of 2016, though Anand would not specify the exact numbers. Out of this, 70% of the revenues come from India, Southeast Asia, Middle East and the rest of the world while 30% come from the US.

While speaking about monetising as SaaS startup, Anand reveals that the company has been very lucky in working with the top brands globally in the last four years.

In India, CleverTap works with companies like BookMyShow (its first client), Vodafone, Cleartrip, and so on. In Southeast Asia, it has Gojek as a customer. Its global clientele includes brand names such as Sony, DC Comics, Curiosity and Rupert Murdoch’s Star Group among others.

As of today, the total number of brands that Clevertap has worked with stands at a heartening number of 4,000, with around 300 being paying customers. The rest are freemium customers.

Anand claims that CleverTap offers one of the most generous plans, allowing brands to send or conduct 100 Mn events or what it calls as ‘any user action’ in its freemium plan.

The freemium model has worked as an acquisition channel for the startup with many brands wanting to try it out. Business plans start upward of $999. Consequently, it claims to touch a billion plus users through the brands associated with it.

Right after Accel Partners infused seed money of $1.6 Mn in 2014, co-founder Sunil Thomas moved to the US to set up operations in America. In all, about 14 people operate from the US as of today with the rest 60 spread across Mumbai, Bengaluru, and Delhi operating from India.

In 2015, the analytics startup managed to rake in another $8 Mn from Sequoia Capital India and Accel Partners in Series A funding. The SaaS startup was also reported to be in the fray for raising $20 Mn in Series B funding from investors. As per reports, Recruit Holdings Co from Japan, along with its existing investors have invested in the startup last month.

When asked if the startup faced any challenge in setting up in the US, Anand stated that nowadays one has to build a globally competitive product, be it in India or in the US. He believes there is no particular advantage in building in one geography and selling in another.

“Basically your product has to be a 10x better product, than what’s existing out there. Secondly, my competition is global. I don’t face a country specific challenge. All I could say is that the US is not growing as rapidly as Southeast Asia in terms of mobility. The US is not a mobile-first market like China or India, it is still in the era of desktops and emails. While the Southeast Asian region is by far the fastest growing region in the world, in terms of Internet penetration and app usage.”

When it comes to the competition, Anand feels that just like any industry starts with one or two players and then everyone jumps in because it’s hot, same is the case with behavioural analytics. He believes that what follows next is that the innovator wins and everyone falls by the wayside.

As a result, CleverTap has been providing the edge to its clients the last four years as it competes with platforms like MoEngage (backed by Helion Venture Partners, Anand Chandrasekaran of Facebook among others), Localytics, Braze (formerly Appboy), Wigzo.

“We don’t actively watch our competitors but we are aware of what they are up to. And we have managed to win accounts from all of them,” says Anand.

CleverTap has been gung-ho on an innovation spree and on an average, it claims to launch one feature every two weeks with customers sending 1,200 campaigns every day.

Scale forms the second part of CleverTap’s USP-based story. Anand believes that one thing about the startup that brands can fully trust is their size and scale.

“We work with India’s largest apps which are in the first top five or ten leagues globally. Our clients include India’s fastest growing telecom which has 150 Mn subscribers today. We also power Times Internet. You can use us no matter how much traffic you have.”

Additionally, he claims that CleverTap is the only product that combines analytics, segmentation and engagement into one product. Which means that if you are an app or brand owner, your product guy and marketing guy will look at the same set of data. In most companies, product and marketing guys buy different solutions even though they are targeting the same set of users. So, CleverTap enables them to see things through a single lens. 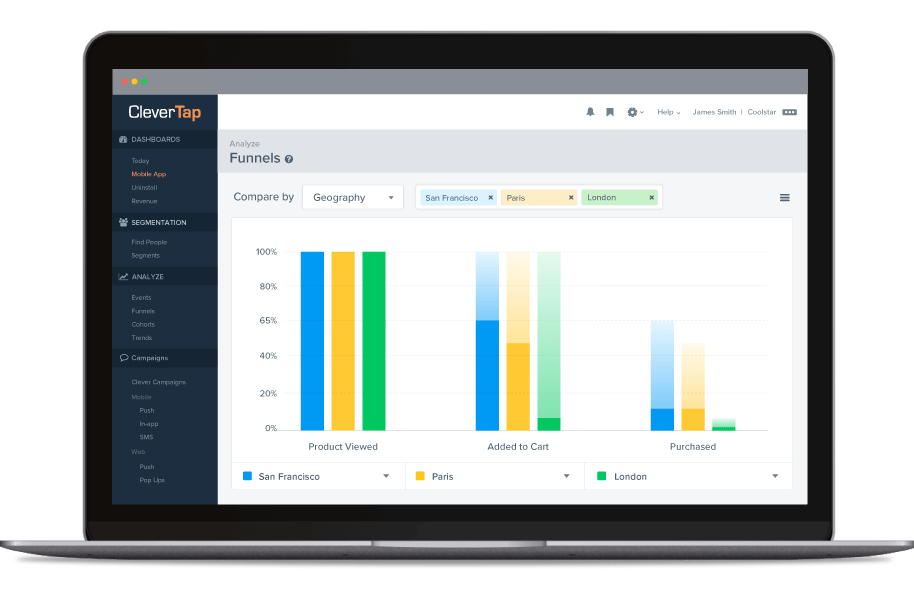 Going forward, the startup plans to launch features based on machine learning. One of them has been already launched and is called RFM Analysis. This feature automatically segments users on the basis of the actions they have taken and on the basis of their behaviour.

Additionally, the analytics platform will also make it possible to engage in a multi-channel campaign with a user base on a certain logic or create a workflow and target users on the basis of that. This is again machine learning enabled. On the cards is also the launch of a bunch of AI-related features in the first quarter of 2018 which will do prescriptive analysis or campaigns rather than just predictive campaigns.

With these plans, CleverTap is looking to double its existing user base and as a result, its ARR by 2018.

There is hardly a doubt about India’s growing prowess as a mobile-first economy. The recent App Annie Retrospective Report revealed that India overtook the US to take the second spot in terms of the number of app downloads in 2017. China took the first spot, amidst four of the top five countries by downloads in emerging markets.

Meanwhile, globally there’s been a 60% growth in the number of app downloads with downloads exceeding 175 Bn. Consumer spending has more than doubled from 2015 and exceeded $86 Bn. Additionally, time spent in apps spiked by 30%, to the point where each user spends about 43 days per year in apps. The top markets by consumer spending have all posted a double-digit percentage growth during this time, with China in the lead (+270%), followed by the US (+75%), India (+60%), Brazil (+80%) and Russia (+35%).

This presents a lucrative opportunity for behavioural analytics players like CleverTap who have their eyes firmly focussed on the growing mobile-savvy population in Southeast Asia and the world. The only conundrum is that CleverTap alone is not in the quest to leverage this app boom. While with 4,000+ brands in its kitty, and some formidable names among them, it is certainly well positioned, how well it is able to leverage the boom in the app economy in the coming times and in the face of an increasing competition will be something to watch out for.

The revenue figures of CleverTap were removed from the headline on the request of the startup.