Can Indian Clubhouse Alternative Leher Break Through In The Audio-Only Social Media Race?

Can Indian Clubhouse Alternative Leher Break Through In The Audio-Only Social Media Race? 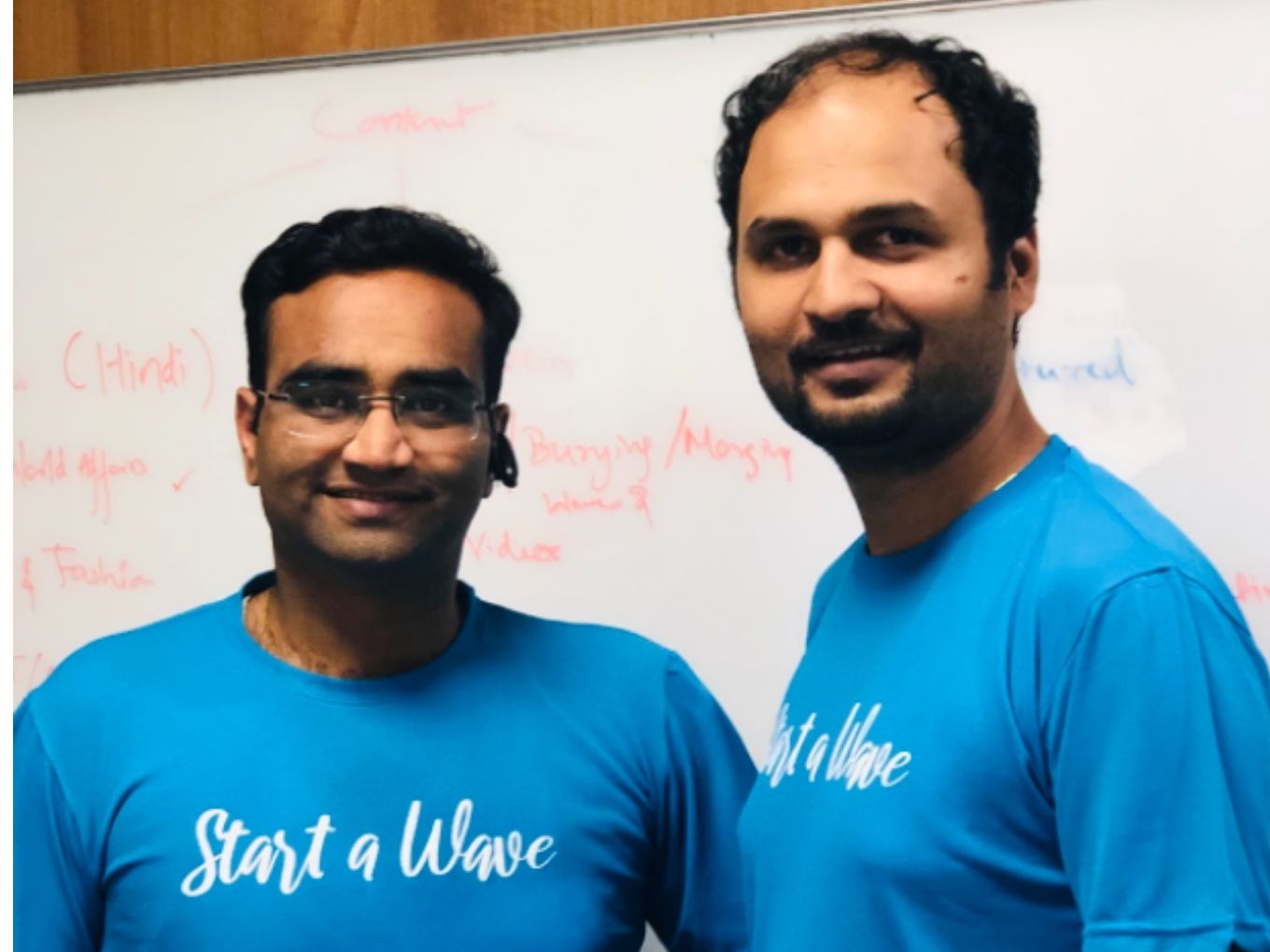 Clubhouse, which is currently available on iOS is now looking to launch Android version soon

After launching with a video-only platform, Leher added a live audio feature during the early days of the lockdown

As Leher looks to fill Clubhouse’s Android void, will this advantage last long with many big names already on Clubhouse and an Android version coming soon?

We are used to seeing videos on Facebook and YouTube, or reading Twitter threads from big name personalities and celebrities, but for the first time ever, voice-only social media has risen to the fore. Last month, after SpaceX and Tesla founder Elon Musk, showed up on Clubhouse — an invite-only, drop-in audio app for iOS — discussing the GameStop trading frenzy, it marked a big moment for the app. Clubhouse is just not the same indie app anymore with mainstream attention showering down on the app.

Founded by Rohan Seth and Paul Davison, Clubhouse is fast gaining popularity, but on the flip side, it is only available on iOS, which automatically makes it less relevant for the Indian market. India, which has one of the largest Android user base, will have to wait. As of 2020, Android held a share of 95.23% of the mobile operating system market in India, as per Statcounter.

However, plenty of Indian founders such as Unacademy Group’s Gaurav Munjal, Paytm’s Vijay Shekhar Sharma and leading venture capital investors from India have now joined the voice brigade on Clubhouse. And with this limelight for audio-only interactions, Indian apps like Leher are also gaining a leg up. Whether it has the right ingredients to take on Clubhouse is up for debate, but there are certainly indications that apps like Leher have a better shot at gaining momentum by doubling down on their made-in-India identity.

Leher Looks To Ride Swadeshi Wave To Take On Clubhouse

Even before the Chinese app ban in India, the central government had been pushing for the adoption of Indian products and services. When video conferencing became a necessity from March onwards, the Indian government looked for alternatives to Zoom and Google Meet. It even floated tenders for its own video conferencing play.

Then in June came the ban on apps and games of Chinese origin, including ByteDance’s TikTok. This led to the rise of homegrown short-video apps like Trell, InMobi-owned Roposo, Bolo Indya, Moj and MX TakaTak among others.

Beyond this, there are talks about the Twitter alternative Koo, while India’s new rules for geospatial data and mapping are also expected to impact Google Maps and other such internationally-operated mapping services. The market seems ripe for Indian alternatives to any popular international app or tech product.

With Clubhouse now making inroads into the Indian market — having an Indian cofounder helps — alternatives such as Leher are in the limelight. Unlike Clubhouse, Leher is available on both iOS and Android, which is a big advantage in India. Clubhouse is working on an Android version, as per its announcement, last month,

The Bengaluru-based startup claims to be India’s first invite-only, social networking platform for live discussions using the audio-video format. Unlike Clubhouse, Leher has video support, which does set it apart from the US-based app. However, Clubhouse has the massive advantage of having a number of international influencers, startup founders and business leaders, which Leher cannot match.

However, this doesn’t seem to bother Leher founder Vikas Malpani. He believes that the platform is providing an experience that the larger community appreciates. Within 180 days of its beta version launch, the company claimed to have its users spend about 44 minutes every day and 250K minutes per month for live video sessions. In December, it had said that it had a total of 1.5 Lakh user downloads and had done over 2.5K audio-video discussions. In recent weeks, the company told us its user base is doubling on a weekly basis.

Founded in 2018, Leher was started by second-time entrepreneur Malpani, who began conceptualising the idea after his successful exit from real estate startup Commonfloor in early 2016. Malpani was later joined by Atul Jaju, ex-VP of technology at Goldman Sachs, as the cofounder.

After launching with a video-only platform, Leher added a live audio feature during the early days of the lockdown, which has fuelled the growth in recent months, Malpani claimed.

One of the USPs that Leher is banking on is safety of users and tackling harassment and cyberbullying. Malpani claims that since new hosts are restricted in terms of how many listeners or viewers are shown their sessions, this forces creators or hosts to build their audience through quality content, which Leher’s algorithm will surface to users.

“Moderation or right behaviour is inculcated and encouraged within Leher by the design of the product itself,” the founder claimed.

Backed by Orios Venture Partners, Leher was recently selected for the fourth batch of Google For Startups (GFS) Accelerator India Programme. In the pre-revenue stage, the company claims to be growing steadily, however, with the Clubhouse gaining popularity, Leher has its work cut out and needs to bring more attention to itself.

In terms of the USPs compared to other social media apps, Leher said that the invite-based system further enhances the onboarding experience and only introduces known users to the pool of a new user. Further, video-based identity checks minimise trolling, while features like host and peer-level behaviour reporting of users automatically remove the bad actors. “Since we are in the early days of developing the platform, we have heavily invested in our internal moderation team to ensure privacy and safety for our users,” added Malpani.

At present, Leher’s target audience is between the ages of 25 years and 35 years, consisting of online influencers, individual participants and communities. The audio-video content and sessions revolve around building startups and running a business, personal experiences and anecdotes as tips and motivation, social issues and lifestyle topics such as mental health, fashion and more.

Like Clubhouse, Leher is also looking to build its reputation on the back of the quality of existing users. “The target audience that we cater to are completely different, they are mostly intellectual and sensible who are looking to have a meaningful conversation. We have young professionals, college graduates, project managers and industry thought-leaders who are currently using our platform,” added Malpani.

In terms of customer acquisition, the cofounder said that it is onboarding users organically via word of mouth marketing and participants, and most of the efforts for Leher in terms of promoting the app has been around raising awareness. Malpani claims the average customer acquisition cost will fall to less than INR 37 per user this year, but threats such as Clubhouse will drive up the expense for marketing.

If Leher has to indeed emerge as the top audio-centric social network, it needs to up its game before Clubhouse launches its Android version. The challenge for Leher would also be around retaining its existing users, who might jump ship to Clubhouse, if it manages to maintain its momentum and existing base for a few more months.

Then there are more existential threats such as Twitter Spaces, which impact both Clubhouse and its alternatives like Leher. With Twitter considering native support for audio and voice-based interactions, will dedicated platforms actually offer anything different?

Plus, Clubhouse is adding more robust creator-focussed features over the next few months, such as tipping, tickets or subscriptions, as well as Creator Grant Program to support emerging Clubhouse creators. Malpani said that at this point in time it is focussing on product development, providing experience to its users, and onboarding users via social networking. However, in the coming months, the app might venture into audio or video commerce territory to set itself apart. There too it will face stiff competition from the social commerce brigade. Nevertheless, it’s an exciting time for homegrown apps in India and Leher might just thrive as this rising social media tide lifts all boats.