Jason Lamuda, founder of Indonesian fashion ecommerce startup Berrybenka & Hijabenka is no outsider to startups. Before founding Berrybenka, he had co-founded Disdus, a group-buying site which was acquired by Groupon (now Groupon Indonesia) as well as Bilna, the baby product site which he set up with his Disdus co-founder Ferry Tenka. What prompted him to start Berrybenka in 2012 as a small online fashion business with his wife was not a love for startups alone.

I Ketut Adi Putra, Vice President of Finance and Customer Management reveals, “Jason saw how fashion commerce grew in the US and China. And how it is one of the biggest categories in ecommerce. What he wanted to do was solve a real problem for Indonesia shoppers – to bring them equal access to same quality fashion outside of Jakarta.”

Additionally, he also wanted to groom private local brands. Most of the malls in Jakarta were flooded with international fashion brands, leaving local brands at a disadvantage. Thus, started Berrybenka’s journey as a first mover in the industry. It aimed to become one of the biggest fashion ecommerce companies in Indonesia, targeting the middle-income segment in the 18-35 year age bracket. 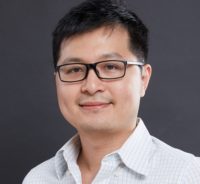 Over the years, the Jakarta-based startup has also pioneered the online-to-offline retail concept in the fashion industry in Indonesia. It has done so through the presence of a dozen stores all over the country. Meanwhile, its dedicated Islamic fashion label Hijabenka has carved a place as an intermediary between Islamic fashion designers and buyers.

From launching Hijabenka in 2014 to its first physical store in 2016, Berrybenka has come a long way in becoming one of the biggest fashion ecommerce players in Indonesia. While initially, it only offered fashion products for women, it branched out into men’s fashion as well, in 2015.

Though Adi did not reveal the actual revenue figures, he stated that Berrybenka has grown at a CAGR of 100% or almost double every year. The average basket size stands roughly $25-$30. Again while the exact number of orders in a month was not revealed, the startup claims to overshoot more than 1 Mn orders easily in a single month.

What also helps the startup is the Islamic fashion-focussed Hijabenka platform. As penetration in this segment is low, Hijabenka’s fashionable Muslim apparel finds many takers. The Islamic fashion ecommerce portal is not only popular in Indonesia.  It also has customers from Malaysia, Singapore, Australia, US, UK, and the Middle East. Hijabenka has worked together with more than 150 Islamic fashion designers for showcasing products.

Besides personal investment from Jason, the startup has been funded four times and has raised more than $10 Mn in overall funding. In January this year, it secured an undisclosed investment from institutional investors Maj Invest Private Equity, Asia Summit Capital, and Softbank-Indosat Fund among others. Prior to that, it had raised $5 Mn in a Series B round of funding in November 2013 from trans cosmos inc., and GREE Ventures, Inc. In January 2013, it had raised a Series A investment from GREE Ventures and East Ventures. East Ventures had also funded its Seed funding round in 2012.

The company is now focussing on growing its offline presence as well as private labels. The startup has 200 people on board minus the contracted employees of its offline stores. And it is betting big on its O2O strategy. 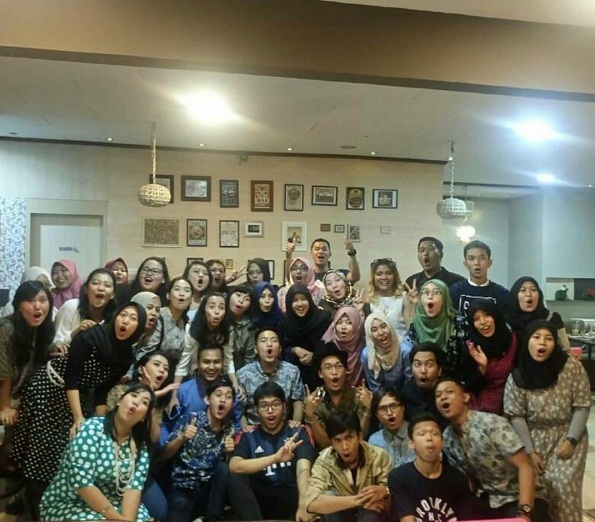 The Berrybenka O2O Journey: From Pop-up Stores To 100 Physical Stores In Next Five Years

Berrybenka’s O2O journey started its experiment with pop-up stores. When it organised a pop-up store event in Bandung in 2015, it managed to gather 10,000 visitors in three days. Thus, pop-up stores and bazaars became key elements in Berrybenka’s O2O plans as they helped create brand awareness in the local market. It created such stores in Medan, Tangerang, Makassar, Bekasi, Semarang, Bandung, Cibubur, and Jakarta last year. This helped it to differentiate against competitors like Zalora, SaleStock, and MatahariStore which focus more on foreign and big brands, targeting the A class market.

Berrybenka, the brand, focusses more on the local brands targeting the middle class or the B segment Indonesian market.These pop-up stores allowed its customers to directly experience the quality of its products. They stores acted as a bridge between the online and offline sales.

So, the next logical step was to open physical stores. Berrybenka opened the first store last year in January. That number has now risen to 20 in less than 2 years. These stores are in Sumatra, Java, Kalimantan and almost every big city. The startup aims to open 100 stores in the next five years. In fact, Adi states that launching offline stores was perhaps one of the most important milestones, as it gave a huge thrust to brand awareness.

Adi says, “We believe that omnichannel strategy is the right way to win the market.  This is also because Internet penetration outside of big cities like Java is very low. Secondly, there is a pretty strong conversion of offline/online buyers, as compared to just online buyers. This strategy also helps us build trust with our customers. More so, in offline stores, we only sell private labels which bolster our private label category.”

And that category is a big differentiator for Berrybenka. The fashion ecommerce startup has a strong private label category, with over half the sales stemming from it. More so, it is fully involved in the private label space – from designing to fashion selection to marketing to distribution compared to competitors like Lazada and Tokopedia, which focus only on the fashion part. Rocket Internet’s Zalora is also known to have its own private label. Cutthroat competition in the fashion segment is also a reason for the company’s layoffs in 2016, to run the business sustainably.

The idea was that customers who want to look for Muslim fashion and accessories need not navigate through all the products on the Berrybenka website. Last year, it also launched the Hijabenka app.

Berrybenka is a strong believer in the middle-class growth story of Indonesia. It has seen a shift in the past one decade –how the middle class has grown from the lower class and emerged as a strong customer segment. Hence its laser-sharp focus on the middle-income segment.

More so because fashion commerce is a huge opportunity in Indonesia’s emerging ecosystem. While the total market size for ecommerce in Indonesia is still very small – a mere 1% of the total retail market, the potential is definitely huge. This is due to the increasing Internet access and a rising middle class. As of now, the ecommerce market is dominated by the electronics and travel category but, slowly, fashion ecommerce is ranking higher.

It is this opportunity Berrybenka plans to leverage with its strategy of an omnichannel presence. On the anvil are also plans to enhance the technology of the platform further. Reveals Adi, “Last year, we generated higher sales from our app as compared to our desktop. We used to be very desktop-centric. So, we are building up the app and also building up social media commerce. Because social media commerce suits the customer behaviour of Indonesians and revs up the basket size by almost 10%-15%.”

Then, of course, the plan to take its store count to 100 in the next five years is another step in the direction of pioneering the online-to-offline retail concept in Indonesian fashion industry.

Indonesia’s ecommerce sector has seen phenomenal growth with the country’s evolving digital consumption. In addition to a budding economy, a variety of push factors such as growing Internet penetration, rapid mobile device adoption, increased social media usage, and greater spending power by the middle class has made Indonesia’s ecommerce sector an economic powerhouse in South East Asia. As per this Google consumer survey, an estimated 7.4 Mn people shopped online in 2015, resulting in sales of around $3.6 Bn. By 2020, this island nation’s e-market is reportedly valued to grow to $130 Bn.

Hence, the archipelago of Indonesia with a population of 250 Mn has huge potential as far as ecommerce and fashion ecommerce is concerned. Also, with a global increase in smartphone usage, the country’s mobile-first economy offers elevated opportunities for growth. Data shows that 64% of Indonesia’s 100 Mn internet users prefer mobile over desktops for shopping. This augurs well for startups like Berrybenka whose focus is to increase the engagement both online on mobile as well as offline through its physical stores. While its strong repertoire of private labels and focus on the burgeoning middle-class segment is a win-win combination, what’s not to be forgotten is the intense competition it faces from strong players like Zalora, SaleStock, Lazada, and others.

The fashion commerce wars will get only tighter from here as more and more Indonesians take to online commerce. It will be interesting to see how Berrybenka is able to sustain itself amidst a similar backdrop of fashion wars which played out between Indian players like Jabong, Myntra, and Flipkart in India. Those ended with Flipkart acquiring both of them to consolidate its position in the fashion segment, giving it a strong arsenal against Amazon.