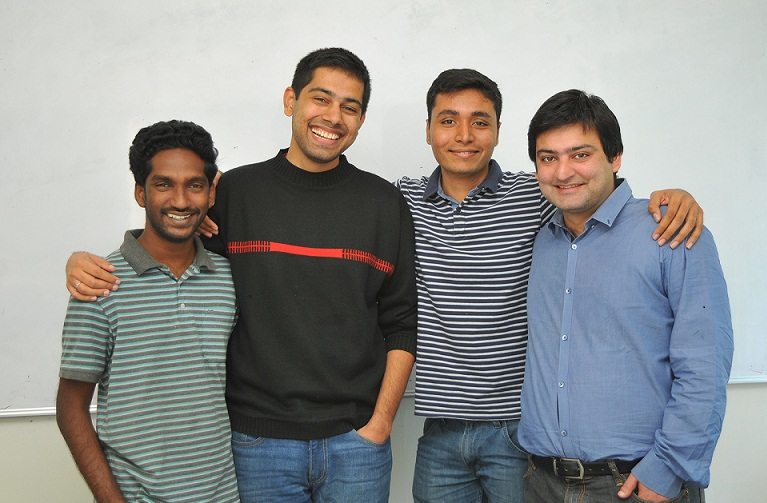 What doesn’t kill you makes you stronger – goes a famous adage.

For startups, we could also add that it not only makes you stronger but smarter. At least, this is what Exotel’s ex-co-founder and Practo’s ex-Marketing Head Vijay Sharma discovered based on his experiences with hiring. Having gone through the pain of hiring the right top coders and product guys at both companies, Vijay realised that these crème de la crème product ninjas hardly look actively for jobs through traditional job portals.

Rather, like a huntsman looking for his prized mark, one has to track them socially, discern what excites them, tempt them, and win them over. Instead of the insipid and traditional inbound hiring approach, companies would do better to follow  the outbound hiring approach to snap the guys with the right DNA to fit in their companies. So after spending hours following potential hires on social media, courting them through emails and recruiting over 100 people for different startups including Exotel, Practo, and Instamojo, Vijay Sharma (CEO and co-founder), Sudheendra Chilappagari (co-founder & Head of product), Saiteja Veera (co-founder), and Rishabh Kaul (co-founder) distilled their smart learnings into an outbound hiring company Belong. The startup relies on Big Data to aggregate the right fit candidates for companies from hundreds of public and social sources.

The 70+ people team operating from Bangalore focusses squarely on data and advanced intelligence to help recruiters spot and engage the right candidates with almost zero effort, auto-personalise every outreach with unique social insights – thereby delighting the candidates, saving up on time and drastically improving response rates. Or as Vijay puts it simply,

The best talent won’t find you, you have to go looking for them. We find happiness in finding the right candidate for a company.

Hunting Those Who Are Not Hunting For A Job

Recruiting has traditionally been an inbound process but Belong is focussing on outbound hiring –which is a direct outreach from the recruiter to the candidate. What Belong is relying on is data science and predictive analytics for identifying the right candidates by culling data from over 80 social networking sites and communities such as Facebook, LinkedIn, GitHub, Klout, FourSquare, Dribble, Kaggle and AboutMe, and then trying to make a match.

Adds Vijay, “The idea is to empower companies to find those passive candidates who are not actively looking out for a job on social and public sites and could be a fit for their culture and skill requirements.” Thus, by analysing the digital trail of potential candidates, Belong is able to gain verified insights into whether they are open to new opportunities.

Once identified, Belong sends an accurately targeted, personalised email on behalf of the recruiting company to each potential candidate. Companies can also kick-start engagement with candidates through personalised interactions backed by social insights. Additionally, it also conducts preliminary reference and background checks, quickening the process.

This way, by focussing on outbound hiring, Belong negates the need for relying on CVs (which might be fudged or out-dated or similar to many other candidates’). It also offers companies access to both passive and active talent by aggregating candidate data from hundreds of public and social sources. The platform reduces hiring time by almost 50%, helps companies save hundreds of recruiting hours by eliminating wasteful screening and interviewing, and ensures recruiters significantly increase their efficiency in creating a robust hiring funnel.

Belong typically helps hiring for IT and tech talent such as product managers, data analysts/engineers, UI/UX designers, VP Product & Engineering and technical architects for enterprises, software firms, and startups. Recently, it has also opened up hiring for non-tech roles in marketing, sales and operations, like digital marketing managers and sales managers.

Building Teams Of 70+ Clients And Counting

Belong counts Ola, Practo, Snapdeal, Zivame, LocalOye, Helpchat, Directi, Urban Ladder, Browserstack, Freshdesk, and Instamojo among its 70 plus clients since inception in July 2014. The startup claims to have placed more than 550 candidates till date. Adds Vijay, “Our focus is less on the number of customers and more on good paying customers.”

The SaaS-based startup monetises through a subscription model where companies pay for the number of users who use the product or for specific modules such as a marketing module or a HR module. The modules start upwards of $50K. 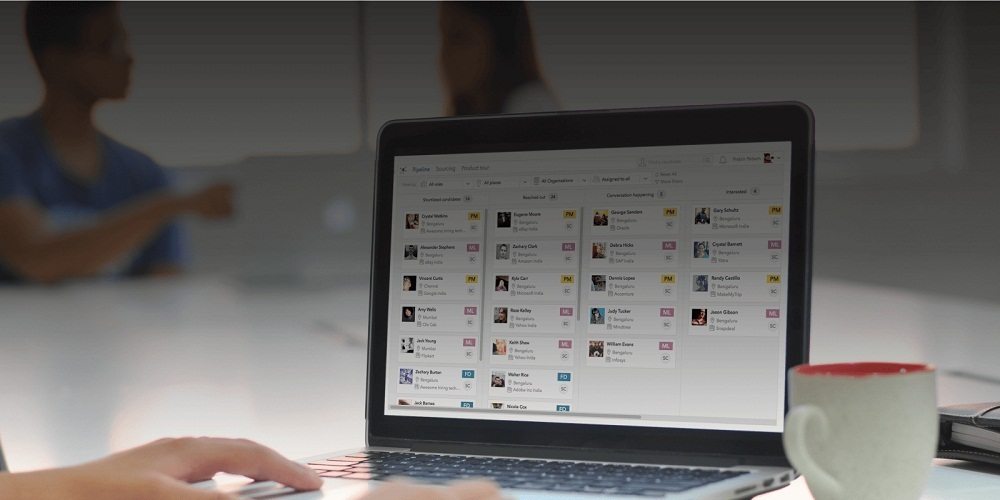 In June 2015, Matrix Partners, Snapdeal co-founders Kunal Bahl and Rohit Bansal invested in Belong. The startup raised over $5 Mn in this Series A round of funding which also saw participation from its seed stage investors including Blume Ventures, Redbus founders Phanindra Sama and Raju Reddy of Sierra Atlantic.

It is Belong’s focus on outbound hiring that has found resonance with investors. Tarun Davda, Managing Director at Matrix Partners India, states,

I think the most important difference between inbound and outbound is the level of control that the talent acquisition team has over the quality of the hire. Outbound hiring is very much like being a VC, in the sense that the most promising startups are actively pursued by VCs, not the other way around. Finding great talent solely through inbound methods is very unreliable as the best candidates may not be actively pursuing new opportunities.

Additionally, Tarun adds that recruiters need to filter through thousands of irrelevant profiles before they find a suitable match thereby increasing cost and time to hire. Outbound hiring on the other hand, enables recruiters to focus their search & target only the most relevant candidates for the role. Also, another key advantage of outbound hiring is the level of personalisation when engaging with prospective talent. Inbound hiring can be quite an impersonal experience, whereas outbound hiring places a high value on personalised communication and candidate experience resulting in greater success across candidate discovery, engagement, conversion, and retention.

Moving From Inbound To Outbound Hiring

The online recruitment space is highly competitive and for ages it has been monopolised by traditional players like Naukri, Monster, Shine, and TimesJobs. Now a bunch of startups like IIMjobs, Babajobs, HackerEarth, GrownOut, Venturesity, Talentpad, Jobspire, Talview, and Hiree among others, have mushroomed, which are aiming to disrupt the space. Recently, online classified platform Quikr, acquired Bangalore-based online recruitment firm Hiree, focussed on white collar jobs, for an undisclosed amount. However, Belong aims to differentiate itself from the competition on the basis of outbound hiring.

For, Vijay the real competition stems from inbound hiring and not from other startups. With lots of jobs getting automated and specialised jobs coming up whose demand is much more than the supply, the future for hiring is outbound. He adds, “The future lies in going out to find the best talent because they might not be looking for you.”

Belong is aiming to score over others in its ability to point out the best-performing candidates even if they are not scouting for jobs. Consequently, its data algorithms enable hiring managers know what drives and motivates hot prospects even before they reach out to those prospects.

Traditional players have dominated the recruitment market since ages, creating stagnation. Sensing the disruptive market opportunity and the on-demand nature of economy, a number of online recruitment startups have mushroomed. Capitalising this opportunity, however, will be a different ball game altogether. These online recruitment startups have to remain on top of their game and ensure that they adapt and evolve regularly to cater to the demands of the constantly evolving talent pool.

In order to stand out from the crowd, differentiation and staying relevant is a must. By focussing on outbound hiring rather than the traditional approach of inbound hiring, Belong has its work cut out for itself in this space. The challenge will be to scale up further to compete with traditional players who are still inbound hiring driven and disrupt the marketplace in a bigger way.