Bakfy – An App That Lets You Pour Out Campus Gossips Openly Without Fear!

Bakfy – An App That Lets You Pour Out Campus Gossips Openly Without Fear! 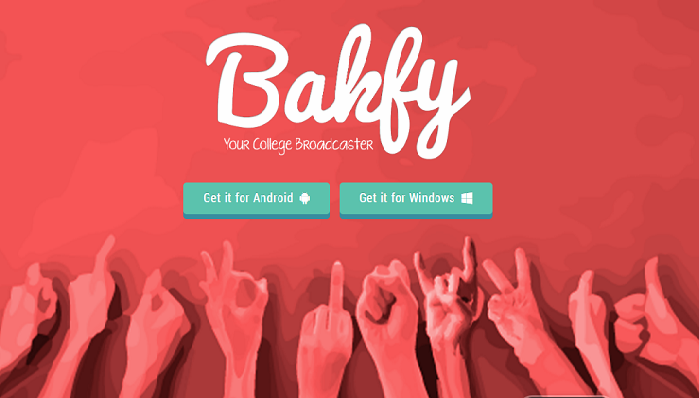 Are you tired of your ruthless professors and you don’t seem to find like-minded friends with whom you can talk to. You feel hesitant to post your opinions on Facebook and other social platforms? Well, Bakfy is here to solve your problems!

It is an app that lets you post anything on its platform and that too anonymously. Yes, that’s amazing, isn’t it? You don’t need to bear the brunt when someone finds out that it was you who posted the dirty secrets of your college.

It is a simple app to use. You need to Sign In from your Facebook Account and then select your college and it opens a whole new world where people like you have blurted out their problems and feelings regarding the institution they are in. You’ll be amazed to find so many people sharing so many views that you’ll be hooked on to the app. 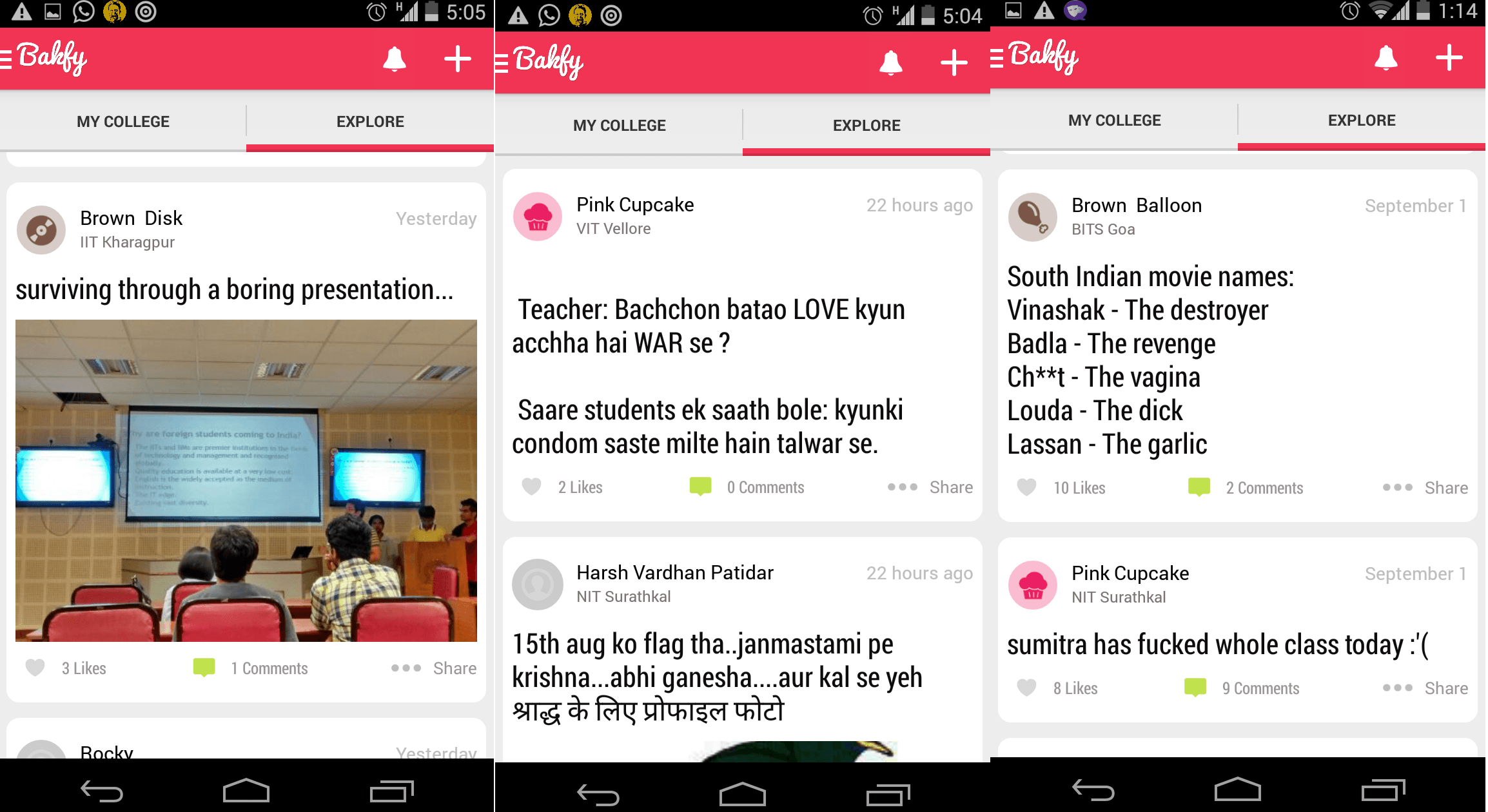 These are some of the popular posts on Bakfy-

To our Computer Applications teacher: Do you have any clue about what you are teaching us? I dont think so

Does happiness come naturally to others. I dont know why I never feel happy. What should I do.

Well, there are times when you can’t openly speak your mind on social networking sites and Bakfy comes handy then. There have been times when people chose to speak without fear and later they were thrown in jails for doing that.

However, Bakfy too has had its share of problems.  They were asked by the Vice Chancellor of a university in Vellore to share names of people who posted about the university. They did not share any details and hence were banned from that university. They have already been banned from 5 universities across India. “All these are the hiccups which come as we are doing something fundamentally unconventional and a bit controversial” says Ashutosh, the founder of Bakfy.

However, they are live in about 30 colleges across India including NIT Srinagar (J&K), VIT Vellore (TamilNadu), DAIICT (Gujrat) and IIT Guwahati (Assam). And are expanding to 2-3 colleges every week.

The company has robust future plans. They want to make Bakfy the de-facto platform for people to express themselves freely and have interesting conversations with like-minded people.

“When a student gets admission in a college, the first thing he should do is install Bakfy” says Ashutosh. He strongly believes that Bakfy could become college Shoutbox and same for the corporates. If one wants to know about a particular company they are about to join or want to share something with the whole organization, they could do that on Bakfy.

They have also been approached by many young professionals. Soon they will launch the app in schools and non-engineering colleges. They are exploring corporates as well.

When one looks at app Secret, they would believe that Bakfy drew a lot of inspiration from there. But Ashutosh claims that he and his partner actually started discussions before Secret was launched. The onset of anonymous apps in US certainly gave them the confidence that there is a market for such products.

Bakfy has already created over 60,000 total sessions with more than 10,000 posts and comments. There have already witnessed approximately 4000 downloads.

The app is currently available on Android and Windows platform.

It seems that this app is here to create a mark in the industry!

Bakfy is founded by Ashutosh Garg, Niranjan Bala and Rajesh Eswarlal in April this year and it was among teams who launched at our event, StartupDash earlier in July this year.

Here is a LaunchPad Video of Bakfy.