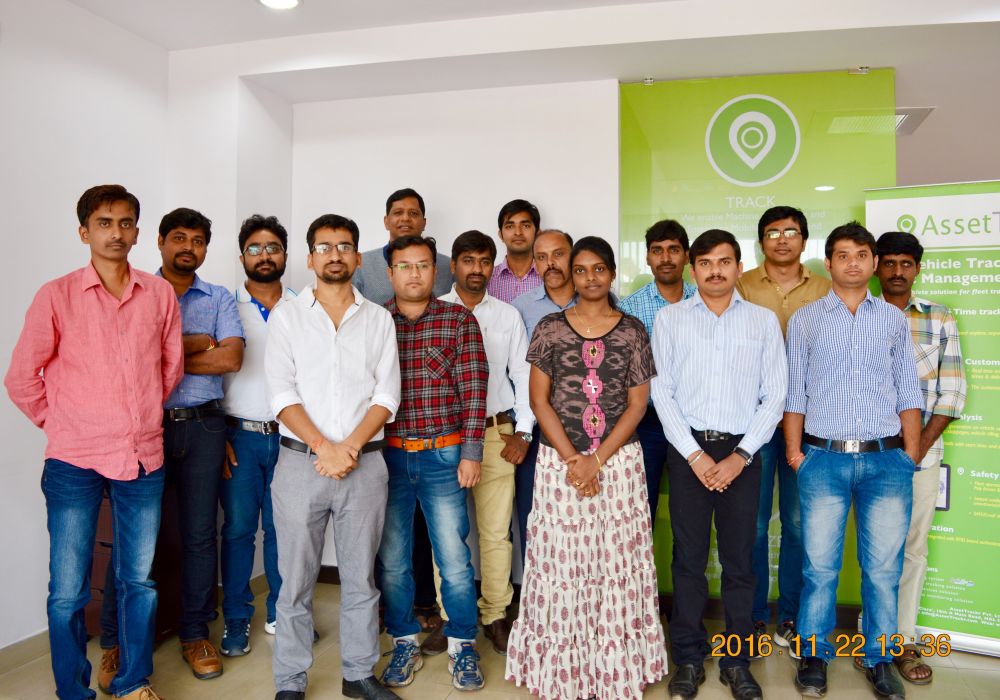 “I was working with Laird Technologies’ Indian centre, developing telematics for the world market in 2008-2009. And I was curious to see if such a market existed in India,” begins Ashok Yerneni, Chariman founder of telematics startup Asset Trackr.

This was the time when Google Maps was maturing all over and making a foray in India by 2010 and with the advent of 3G and more, and the country’s data connectivity had also improved incrementally. “I was also fortunate enough to meet Vikas Minda and Abhijeet Das, my co-founders.”

Upon further studying of the market, the trio discovered that the cost of communication was high, but the price was coming down as technology (both hardware and software) matured enough for call centres to be replaced in the logistics sector with SaaS solutions that catered to a particular pain point – tracking or delivery or some other aspect.

“So there were expensive price points on all the solutions being offered. Form factor as a whole did not exist as businesses couldn’t appreciate what telematics could do for the logistics side of their processes. So, in a sense the market was there – fragmented, but there. When we looked at the landscape in 2011-2012, we quickly realised that no single company was targeting the Indian marketing with a matured, comprehensive product. We spent about two years developing and testing the product – validating the vehicle tracking solution with various companies and in-house before we pronounced ourselves fully satisfied,” he adds.

And that, in a nutshell, is how Asset Trackr came about.

Assettrackr was formally launched in 2013 in Bengaluru by the founders but it became operational only a year later, in 2014 – “In other words, when we were committed enough to go after sales,” laughs Ashok.

The target market for clients for the telematics company is couriers, cargo companies, businesses involved in large and small-scale infrastructure and, of course, logistics companies. There are two products that Asset Trackr sells – a vehicle tagging GPS device and an IoT-based layered with service software.

Asset Trackr counts Lotus Farms, Aditya Birla Group, Portea Medical, Trisha Cars and Holidays among others as clients. But according to Ashok, the earliest two clients were the ones who helped shape the product.

“One of our first clients was DTDC – the courier company, the largest one in the South. They were already an established name in the packaging and courier circuit and were on the lookout for an enterprise solution that would be reliable, accurate and easy-to-deploy.”

He mentions the pain point that DTDC was experiencing at that time – the lower level vendors supplying contract vehicles to the company were pilfering/cheating DTDC with exaggerated odometer readings. The vendors were also unhappy because payments were  hardly made on time and took weeks instead of days to be transacted because there was no one single, trackable solution to figure out the kilometres run for a particular courier versus what was reported by the drivers.

The numbers did not add up and things fell through the cracks. Verifying each claim was next to impossible and invoicing was hardly easy.

“We deployed our IoT-based GPS tracking devices on 100 of these contract vehicles which worked on a unit/km charge to transport cargo. The calculations that were done manually accessing the odometers became automated,” says Ashok. “Everything – distance covered, number of runs made by a particular vehicle, petrol used and the total costs – appeared on this dashboard which made the process transparent and easy to access. At first, DTDC faced severe resistance from the vendors because their days of cheating and gaming the system were coming to an end. But, then came the masterstroke.”

DTDC promised to pay the vendors within seven days or less for each transaction carried out. With the help of Assettrackr’s GPS deployment solution and the dashboard that came with it, invoicing was automated and accurate. The company paid the vendors on time, the vendors were satisfied and, consequently the company stopped bleeding money over inflated readings.

“The idea was to create mutual synergy,” says Ashok.

“This is how we operate, what our value proposition is. We show the business via practical application how they can improve their processes and save money and maintain goodwill among their clients. These companies are then willing to invest in the technology that allows them to streamline this process as long as they are excited about the core value proposition,” he adds.

The initial test run was so successful that Asset Trackr handles 800 vehicles from DTDC all over South India today.

“BigBasket was one of our clients when they were starting up in 2012, as were we,” shares Ashok fondly. “As you know, they are a B2C platform for hyperlocal groceries. Which meant tracking, notification, scheduling, timely deliveries and more all in real-time. So what we did was, we built out a platform for them to track their assets – the vehicles making deliveries – as well as customer notifications, right from when the produce first came into the warehouse to when it was out with the delivery person about to reach their home.”

Asset Trackr deployed back-end support and analytics to track each vertical supplied by BigBasket, such as ‘Same Day Delivery,’ Fresh Produce –whose shelf life was short and so deliveries had to be scheduled and done on an extremely tight turnaround.

“We would track the produce which came to BigBasket’s warehouse in Bengaluru and right from there, till it reached the customer’s doorstep, the customer would get SMS notification regarding the status of delivery. And BigBasket had dashboard analytics to track every SKU,” he shares.

According to Ashok, the goal was to minimise time spent on each delivery, which would lead to scaling up as customer-vendor trust was established, due to the transparency and timeliness of the system. “Our value proposition was proven once again. We didn’t just make tall claims. We delivered,” says Ashok.

And now BigBasket uses Asstetrackr’s solutions on 1,000 of their vehicles across India.

“We Turned Profitable This Year!” 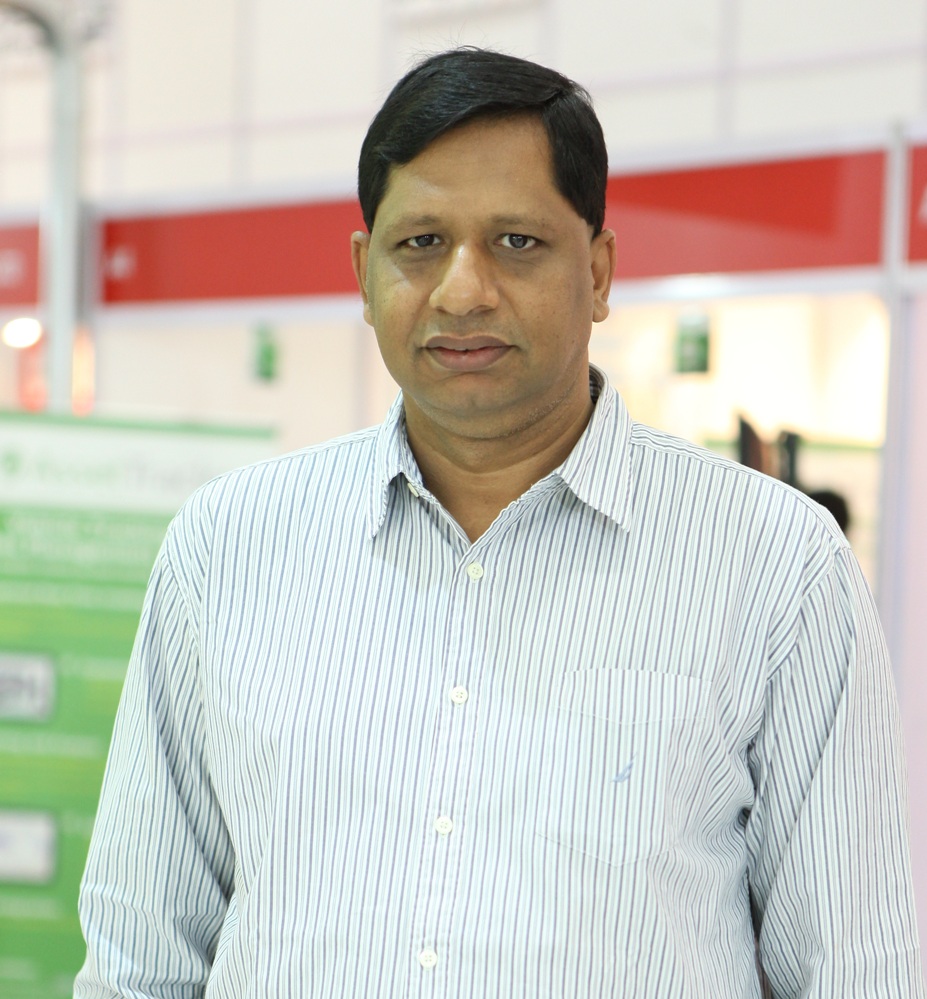 Monetisation for the company works in several ways.

Firstly, it sells the IoT-based GPS devices across abovementioned segments to their clients. It provides a SaaS-based monthly subscription for analytics as well as CRM (as in the case of BigBasket). Lastly, it provides consulting services to build out and scale on the analytics.

“We don’t just want to give this raw intelligence to our clients,” shares Ashok. “We would like to explain it to them, help them see where they are going wrong, and help build customised solutions for them so they can achieve the kind of scale they are going after.”

Asset Trackr has several solutions catering to both B2B and B2C platforms across the five different segments mentioned above – but its most profitable arm is the Fleet solution, which, according to Ashok generates about 75% of the company’s revenue.

The dispatch delivery service which includes scheduling for pickups, drop-offs, signing for items, contributes to about 10% of the revenue. The other 15% is via customised vertical solutions provided by Asset Trackr to their clients.

There are, at present, about 300 customers using Asset Trackr products, claims Ashok. And approximately 16,000 IoT devices on the Fleet Management section are deployed at the moment, as per him.

“Our unit economics worked out,” says Ashok. “The two years we spent initially validating the product have paid off as we can now say that we have achieved about 100% Y-o-Y and we have even achieved profitability in 2016-2017. Of course, we are not resting on our laurels and would like to achieve $20 Mn in revenues by 2020.”

Driving On The Road Ahead

Asset Trackr faces competition from Map My India, TrakNTell and CaRPM, of which Trak N Tell is focussed on personal car safety solution and is backed by WhatsApp co-founder Brian Acton. Autosense, a startup which provides technology and analytics-based customer management solutions was part of a $11 Mn investment made by TVS Automobiles. Recently, HyperTrack which had been in private beta since February 2016 also launched in June.

But Asset Trackr claims to be unfazed. “We have been focussed on our product and unit economics since day one. It is the only way a business can achieve sustainability and stability, which leads to massive scale,” says Ashok.

“It is why our future plans are more focused on the B2C vertical and a consumer-oriented product called safekar.com. It is a safety solution for your vehicle that helps to track it on GPS, ensure movement and be aware of where the vehicle is at all times,” he adds.

Funding too is a carefully thought-out area for the team at Assettrackr. They have raised $500K in angel investment in 2013 and have not bothered with institutional funding thereafter. “We don’t want just capital investment,” says Ashok. “What we are aiming for are strategic partnerships who will enable us to grow with judicious help in areas such as capital, advising, marketing solutions and more.”

For the Asset Trackr team at 25, it is a case of slow and steady wins the race.

According to a Telematics Wire report, the industry is expected to reach $113.7 Mn by 2018 with a CAGR of 22% from 2013-2018. With players such as MapMyIndia, Trak N Tell, CaRPM – different solutions have been provided to alleviate the logistics and tracking problems faced by businesses across India.

Asset Trackr has created a solid product after careful and continued testing that works on both B2B as well as B2C levels – with a sustainable model that has profitable unit economics it has as much chance as the other players to take home the biggest share of the telematics market pie. But will it be able to continue growing at scale without losing the value proposition of customisation and improved efficiency is a question that remains to be answered for the future.