Indian Startup Hubs: 16 Pune Startups To Look Out For

Indian Startup Hubs: 16 Pune Startups To Look Out For The tech capital, also the startup destination of India, Bangalore, has influenced its neighboring cities as well. Amongst them is Pune, the city which has witnessed an exponential growth of startups in recent years.

According to AngelList, Pune is home to a mind boggling 322 startups. Many among them, have been subject to big ticket acquisitions. TastyKhana is one such startup, which due to its rapid growth acceleration, initially invited massive investments and was subsequently acquired by Rocket Internet backed Global online food delivery marketplace FoodPanda. In a similar development, Buzzfactory, a social media & digital agency was acquired by a US based mobile technology company Qliktag Software Inc, after it made an early angel investment it. True Sparrow was another Pune-based startup that was acquired by Fab.com.

Marking a departure from the acquisition of successful startups was Dhingana’s accession to Rdio, a global music streaming service. It was the only saving grace for the floundering startup after it failed to renew its partnership with music label T-Series.

In terms of technology and big-game startups, there has been a significant push in the city of Pune recently also. Here’s a list of early and growth stage startups to look out for that are being nurtured by Pune, also known as the ‘Pensioner’s Paradise’ :

Wicfy is a web-based price comparison and discussion platform for users to share cheap pricing, products and sellers. It enables users to search for products across various categories in cities like Delhi, Mumbai, Bangalore, Pune and Kolkata. Wicfy leverages user-generated content and vendor submitted pricing. When a user submits the price of a product, the WiC system assigns a default reliability value, depending on the credibility of the user.

ShopSocially is an ecommerce platform which provides a suite of on-site social applications for retailers aimed at generating social interactions. These apps support a wide range of functions from “share-a-purchase” (or “offer” or “promotion”) apps to social shopping community. The platform allows businesses to control when and how these apps are shown using rule-based targeting, and offers other features like SEO optimization, analytics and reporting, and more. ShopSocially recently partnered with Jetsetter.com, a brand for travelers with discerning taste. 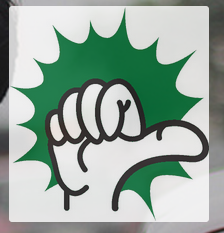 With the soaring traffic hitting new highs every day, the ride sharing market is ever expanding with a host of apps being launched every minute. LetsRide is a car-pooling technology platform that help people connect with riders and car drivers commuting on common routes, through a web and mobile  application. Let’s Ride addresses road congestion and commuting problems with an aim to reduce the number of vehicles on roads at peak hours.

The world of gaming is fast becoming popular in India with people are increasingly becoming game savvy. Game developers have to continuously innovate themselves to keep abreast with the consumer demands.Rolocule Games is such a game development studio creating realistic, casual and social video games for tablets and smartphones. Through its technology, Rolomotion, it uses Google’s streaming HDMI dongle and turns smartphones into something like a practical Wii machine, a portable motion gaming console.

It is making gaming more social with adoption of a living room strategy.

Funding: $1.7 Mn Series A funding led by Singapore-based Jungle Ventures and angel investors including Ravi Mantha, Member of the Board of Trustees at The Indus Entrepreneurs (TiE).

A sales automation and a SaaS gamification platform, MindTickle combines the benefits of social, mobile, cloud and gamification. It enables companies to organize and transform existing documents, presentations, videos and content in common formats into easy to consume bite sized mobile friendly modules. The intelligent filters and data integration with platforms such as SFDC ensures that the right information is available and accessible to the field reps and inside sales teams, helping them shorter sales cycles and win more deals.

Besides being recognized as the “Coolest Startup to Work for” by Business Today in 2013, it was also accorded with the title of “Cool Vendor” in 2014.

Funding: Undisclosed amount in seed funding from Seedfund in September 2012

With companies locking horns in intense customer acquisition battles, online marketing solutions like ViralMint come to their rescue by ensuring casual browsers translate into actual sales. ViralMint hooks up with the company’s online store  and by adding a social/viral touch to any marketing campaign, it helps generate new fans and followers and improve website conversion and engagement. Through its programmes OfferMint and ReferralMint It offers customers incentives in return for a Facebook like or share on social media. It has tested the product with players like Pepperfry, redBus and Zoomin.

Funding: Undisclosed amount in a round from Tata Capital

As Unstructured data moves out of the control of enterprise IT onto mobile devices, the security perimeter limited to corporate boundaries earlier has vanished. Vaultize, an end-to-end data security player ensures the safety of such unstructured data from the time a file is created to the time it is shared or accessed, within or outside an organization. Control is maintained by organizations even after the data has been downloaded by third-party recipients to their own devices.It takes an information-centric and holistic approach towards management, security and control of data in enterprises and has a wide clientele spread across verticals like banks, financial institutes, manufacturing, and media in India as well as across the US, Singapore and the Middle East.

A video ad tech platform and a Microsoft Ventures accelerator startup for streaming internet videos, AdSparx uses technology to serve device-independent, quality, targeted, pre- and mid-roll video ads for linear TV, live events and videos on demand. The startup addresses the needs of internet video publishers and empowers them to monetise their inventory by aggregating multiple advertisers. It counts among its clients companies including Nex GTV, Vodafone, Airtel and Sony Liv.

Instaclique is a start-up aimed at converting visitors to e-commerce portals — the online window shoppers — into actual buyers. It integrates the social networking id of a visitor to their client’s website. This allows shoppers to engage with friends and family who have shopped at the portal, and also with experts from within the store. They also get recommendations in real time and promotions based on their purchase intent, past history and social interactions. It was among the top 50 firms at the NASSCOM Emerge 50 awards.

The car has now become intelligent and more interactive with ecosystems such as those  developed by CarIQ Technologies empowering the owners with data to demand the highest attention and services.The company provides an online platform( through a USB- like device under the steering wheel connected to the internet)  for car owners to monitor their cars’ statistics and interact with service providers who can analyse and assess these parameters and the prospective defects are outlayed to workshops and mechanics for fixing.

CarIQ currently has more than 200 customers using the platform in India. Each device along with a two-year subscription package costs around INR 6,000.

Communication is moving to the cloud in a big way. Framebench, an online communication and feedback platform targeted specifically towards digital agencies and creative design firms.offers creative tools for real-time communication, collaboration and sync.The user can store & share creative assets which the remote teams & clients can then review, mark changes required on the assets and host discussions.

An application that enables its users to access files and stream media, AirStream App allows users to access media from their PCs, Mac devices, and laptop through their mobile devices, besides providing access to files from multiple cloud services like Dropbox and Google Drive. Owned by Nityaa Labs, the application also provides streaming services along with the ability to synchronize files exchanged between PCs and mobile devices.The service is currently available for Android and iOS platforms and users can access their PCs by downloading a separate PC-Suite.

Let’sintern.com is a unique platform that brings together three important stakeholders in the country — students, colleges and corporate organisations.Letsintern is a platform where all forms of student opportunities such as Internships, Virtual Internships, Brand Evangelists, Volunteer Opportunities, Tasks and even  Full time jobs are facilitated through meaningful connections with organizations. It offers its registered students a freemium model where they have free access to the website but certain features are limited for only premium or paying members.The startup has been judged by Economic Times – Power of Ideas and Nasscom as amongst the top 50 start-ups to watch out for in 2010 and 2011 respectively. With 100,000+ visits, 250,000+ UVs, its mobile app downloads stands out to be 48,000.

LetsIntern was the Student Internship Partner of India Ideathon, the campaign aimed at providing aspiring entrepreneurs with a platform to help turn their ideas into reality.

Formerly ShoppingWish.in, Scandid is a price comparison engine and coupon aggregator in the Indian market. It aggregates price/availability data across all online retailers in India and provides an easy way for users to compare prices of products via a comprehensive database of product offers in books, electronics, computers, personal care and home appliances categories. Along with price comparison, it also shows all matching coupon offers that can be applied to get extra discounts.

Scandid emerged as one of the five winners of the recently concluded Seedstars World (SSW) global start-up competition held in Geneva,touted as one of the biggest innovation and tech conferences in Europe. It bagged $ 5 lakh under its kitty as investment.

Their Any Phone Any Display interactive technology MagicFone allows customers to use their mobile phone as the interactive device for screens to play games, answer quizzes, send social messages and more.

The company serves clients in FMCG, banks and automobile sectors and includes companies like Skoda, Volkswagen, Tata, Citibank, State Bank of India, National Bank of Abu Dhabi among others as their customers in over 40 countries, either directly or through their partners.

Funding: It raised seed funding from The Hive, Infuse Ventures and Persistent Ventures last year. Prior to that, it had raised INR 85 lakh in 2013.

Altizonbig data company focused on the Internet of Things (IoT) industry. The startup has created a platform, Dataonis, that manages, view and creates patterns and trends from data that is sent by devices. The service works by integrating sensor data from industrial equipment, health equipment, retail, consumer electronics etc., into ‘The Datonis’ by using specific SDKs. Data stored is analysed by the platform which can then be used for equipment management and creating custom and third party apps.

Don’t worry if we missed out on your startup, we will keep on updating the list.

This is part of our special series, In Focus: Indian Startup Hubs, in which we highlight the numerous established as well as upcoming startup hubs in the Indian Tech Ecosystem!