Underrepresented – The State Of Women In Indian Venture Capital

Underrepresented – The State Of Women In Indian Venture Capital 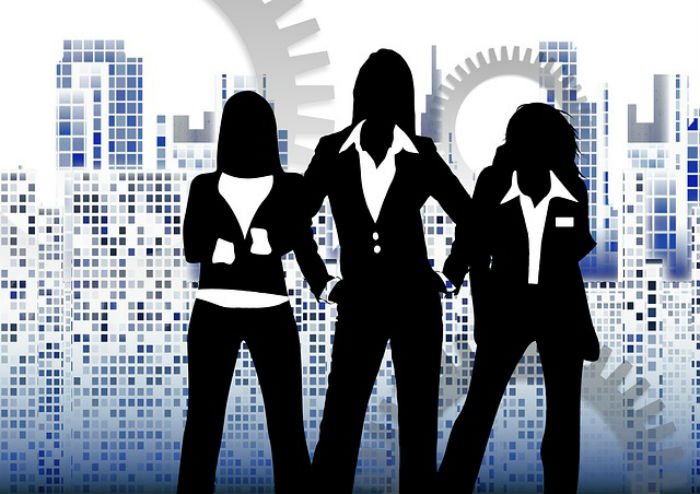 Due to the growth in the Indian startup sector, technology entrepreneurship is becoming an increasingly popular career path for top talent. This bodes well for India’s economy, as the burgeoning technology industry can have enduring effects. However, the current demographic of venture capital investors — typically the primary source of funding for most startups — is diminishing the potential that the entire industry has.  Accepted as status quo, this issue is rarely addressed.

There’s enough that’s been written about the male-dominated startup culture in India. When it comes to venture capital, there is a conspicuous absence of women in decision-making circles.

Before you’re tempted to counter with, “but..what about [insert name of prominent female investor here]!” know that the argument I’m making is not that women are underrepresented in Indian VC circles. This is a fact.

Rather, I am trying to understand how this glaring lack of representation shapes the Indian startup ecosystem, and more importantly: how we can drive a solution-oriented dialogue.

Earlier this year, TechCrunch published the “First Comprehensive Study on Women in Venture Capital.” Their analysis concluded that a mere 7% of investing partners at the top 100 venture firms were women.

While some Indian firms do employ women, how many have even one woman in a partner-level investing role? It’s not uncommon to scroll through the “Team” page of a VC’s website and see row after row of men’s photographs.  Further, I would venture to guess that there is a direct correlation between the number of female partners at a firm and the number of female-founded startups in their portfolio.

An article in YourStory revealed that only 3% of Indian startups funded in the first half of 2016 were run by women. In the US context, a Harvard Business Review study explored the impact that female investors can have on their portfolios’ prospects. While the success gap may not altogether “disappear when women fund women,” it’s notable that female entrepreneurs saw their prospects for successful follow-on investment and eventual exit improve significantly when they were backed by VC firms with female partners.

In India, cultural barriers for women entrepreneurs certainly don’t help the situation. Many such entrepreneurs have shared horror stories of investors probing them with questions about personal issues, such as plans for marriage or starting a family.

What can we do going forward?

While the figures for women’s representation in the US venture capital ecosystem are hardly more promising, partnerships between publications such as TechCrunch, The Information, and VC firms have served to quantify and analyse the gender gap. The Information’s “Future List” (a study conducted with Social Capital) revealed that the U.S. VC Industry is 91.8% male, and 77.5% White.

Quantifying a problem is the first step to inciting change. In the tech industry, increased public scrutiny into diversity figures has led companies such as Facebook, Microsoft, and Pinterest to acknowledge the gender and racial disparities in their engineering workforce.

Beyond anecdotal evidence, the Indian VC Industry has little information about the true extent of our gender gap. We should aim to collect and publish data on the number of women in senior, investment-making roles at both homegrown and foreign firms operating in India.

While sharing these numbers may be uncomfortable, it will force us to confront a bleak reality.

There is a limited pool of talent that feeds into senior roles in Venture Capital firms. Most partners at such firms come from leadership roles in finance or technology entrepreneurship.

However, the nascent stage of India’s own startup ecosystem doesn’t necessarily lend itself to hiring entrepreneurs into investing roles the way we may see in a foreign context, such as the US.

Founding and running a startup cannot be the only qualifications necessary to excel in venture capital. From evaluating business models to understanding macro-trends in the technology space, there’s more to being a successful VC. These skill sets can be cultivated in “unconventional” careers, such as consulting, journalism, or even talent management. We shouldn’t blame the pipeline of talent that feeds into careers in venture capital. Instead, we should expand it.

We would be well-served to actively search for and take meetings with female entrepreneurs. This may take a concerted effort on the part of sourcing teams at various VC firms, as many female founders lack access to the existing networks of referrals which typically bring in deals.

As investors, we can go beyond simply making grandiose claims to support female entrepreneurs. Instead, we can publicly commit to considering startups with women on their founding teams. It’s our duty to give them an equal shot at success.

We should take into account that the needs of our female founders may be different than those of the men in our portfolio companies, without asking them probing questions about their personal lives. There’s “no dearth of talent” in the Indian startup ecosystem. Women in India are building products to tackle complex problems: ranging from data transparency to travel and commerce. Ultimately, with more effort to even the playing field on both sides of the table — investing and entrepreneurship — we can take India’s technology industry to unprecedented heights.

[The author of this post is Devanshi Patel – Head of Portfolio Growth at Investopad, an early stage venture fund based in Delhi. This post first appeared on Crosstalk and has been reproduced with permission.]