Why Your Company Should Be Integrating Meditation in the Workplace? 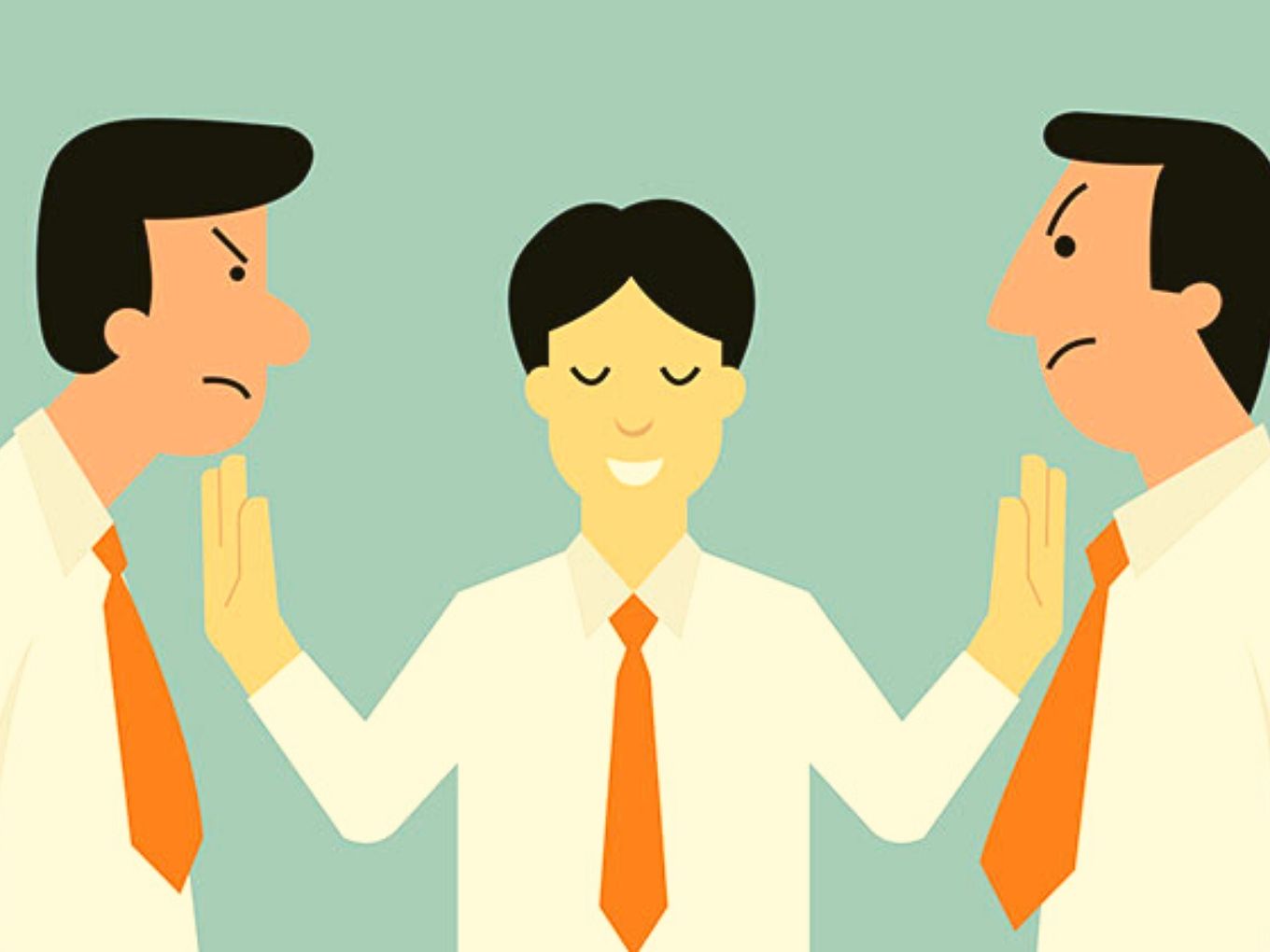 Entrepreneurs often have one goal: productivity and moving forward

When two team members enter into conflict, it can often lead to animosity and frustration

I’ve been speaking with many entrepreneurs over the past weeks. Through all the conversations, one thing became clear: stress levels have gone through the roof with the current crisis. It’s understandable, and I’m tempted to call the heightened stress a result of our current crisis.

In reality, however, entrepreneurs and their teams have been battling with immense stress in the workplace way before the COVID-19 era. A recent (pre-crisis) survey by Korn Ferry indicated the following alarming statistics:

Teams everywhere have suffered in real ways due to heightened stress caused by the workplace. Expecting our valued team members to be performing at their best when they are stressed is unrealistic.

Some companies use perks such as free food, game rooms and extra vacation to help improve working conditions. But do these really extra benefits address and solve the core problem of workplace stress?

“All of man’s difficulties are caused by his inability to sit quietly, in a room by himself.”  – Blaise Pascal

Entrepreneurs often have one goal: productivity and moving forward. Here is an old concept that most entrepreneurs know but struggle to accept: taking one step back can propel us two steps forward – and eventually ten steps forward.

Taking 15 minutes everyday to reset and refocus can work wonders at all levels of a company.

Here are 3 reasons why you should incorporate Meditation into your workplace:

When two team members enter into conflict, it can often lead to animosity and frustration. Tough situations tend to linger, hurting company culture and spilling into other departments.

One of the main benefits of Meditation is realizing much faster the large majority of conflicts can be resolved. Although studies may not prove that meditation directly decreases impatience, it does increase our awareness levels and thus allows us to see situations for what they are.

Have you ever heard of waiting 24 hours before answering an infuriating email? With meditation, this time can be reduced to 6, 4 or even 2 hours. Clarity of mind comes much faster.

As a personal example, I recently argued intensely with a business peer about a joint project we were working on. We both had valid points, and neither was very willing to budge. Sound familiar? After cooling off for a few minutes, I took the time to see and understand his POV. I quickly realized his idea carried more merit than mine (still not a fun realization). I was able to contact him quickly and we put our disagreements behind us. In the past, this would have taken me days. I may never have come around: anger would have clouded my thoughts so completely I might have never understood his point and moved the project forward.

In a workplace environment which encourages meditation during office hours, as part of regular business operations, time spent on formal conflict resolution will be greatly reduced. Team members will still argue and have disagreements, but resolution time will be much faster, relationships will solidify, and productivity will climb.

In his book Deep Work, author Cal Newport describes Deep Work as “professional activities performed in a state of distraction-free concentration that push your cognitive capabilities to their limit.” In today’s notification-driven world, distractions are abundant and fierce. Our brains are being reprogrammed to answer emails as they pop up and texts as they ping. It is ruining our ability to focus on important work.

Study after study has shown that meditation greatly improves cognitive abilities. Improved focus is one of the immediate benefits of meditation – and with laser sharp focus, important projects move forward. Sustained success in a company comes by first achieving sustained focus and clarity of mind. By teaching employees how to achieve a state of flow, mountains can be moved.

Think of a time when you were passionately working on a project only to be disturbed by your device or laptop. According to a UC Irvine Study, “it takes an average of 23 minutes and 15 seconds to get back to the task.” Let’s put that in perspective. If we are distracted 6 times in a day (not uncommon), we lose 2 full hours of productive work. That alone should push business owners to incorporate meditation as a daily ritual.

Imagine a company where your key employees rarely miss work because they feel like a million dollars. It’s entirely achievable: meditation is scientifically proven to lower blood pressure, improve heart rate and even reduce back pain.

Researchers from the University of Washington, Seattle, randomly assigned 342 people ages 20 to 70, who had chronic back pain, to two groups. For one year, the first group received standard care for lower back pain. Participants in the second group used either mindfulness-bass stress reduction or cognitive-behavioral therapy to ease their pain. The second group practiced these strategies for two hours every week. At 26 and 52 weeks, members of the second group reported greater improvement in muscle function and reduced back pain compared to the first group.

Sick days cost North American employers approximately $550 billion per year. By integrating mindfulness training into the workplace, companies stand to save massive amounts that could in turn be redirected towards other health-driven or general positive initiative, from sustainability projects to community engagement.

Every entrepreneur I meet wants to improve their company in some impactful way. Incorporating a meditation practice into their organization stands to be much more high-impact than figuring out the cost-benefit of perks like unlimited vacation time or hiring a private chef at work. Your productivity levels and your employees, feeling healthier and clearer of mind, will thank you for it. Namaste.