Why You Shouldn’t Be Afraid To Become An Entrepreneur

Why You Shouldn’t Be Afraid To Become An Entrepreneur 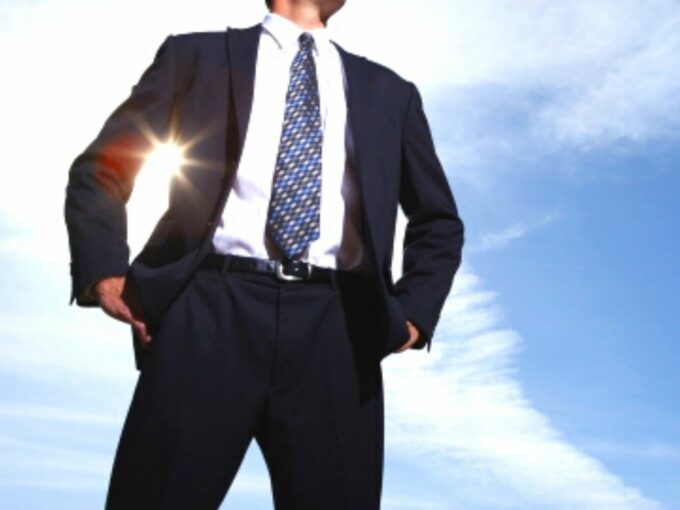 Could it be that the main reason most people choose never to start a business is due to fear?

It’s definitely from a lack of ideas. It seems like everyone I talk to, entrepreneur or not, have some business idea that they believe in. Yet, most never take their idea forward.

Few things are scarier than starting a business. Taking that leap to follow our dreams and at the same time risking failure and public humiliation.

“How do I overcome my fear of leaving my job?”, “How do I deal with with my worries of starting a business?” and “What to do about all negative comments I get from people when I tell them I want to be an entrepreneur?” are some of the most common questions I get from my 100,000+ followers on Instagram.

My name is Erik Bergman, and I’ve faced many fears as an entrepreneur. I’ve also managed to overcome them as I continue moving forward through all my failures.

I started my first business at age 18, that failed brutally, and so did my second, third, fourth and fifth attempt. The big hit came sixth time around. Together with my childhood friend I founded the marketing company Catena Media, that in less than four years went from zero to a $200 million valuation on the Stockholm Stock Exchange.

Many times during these years I battled with the fear of being an entrepreneur. I believe the reason I managed to keep going is a couple of steps that I found which I’m happy share.

One of the worst nights of my life.

I’m standing outside a club on a Friday night. I’m watching a group of people slowly walk away, disappearing into the night.

This was one of the worst nights of my life.

I was 19 years old and I had just started a party-planning business and rented out a nightclub in our town. I hired a DJ and told everyone I knew that this was going to be an unforgettable night — unfortunately, it was anything but. The entire night was a complete failure. A few people showed up, but they left shortly after because no one else was there.

After a few hours of watching people come and go, I eventually left in tears. I was humiliated, broken, a failure.

I had told all my friends that this party was going to be amazing, everyone in school knew about it – and everyone would know that is was a failure.

That weekend I just hid away. I didn’t want to talk to anyone.

But the weekend finally ended, and Monday arrived – meaning, it was time to go back to school. The school were everyone knew of my failure. It was the longest walk I’ve taken in my life. I was sure that when I got there, everyone would be laughing and pointing, talking behind my back.

When I got there, what do you think happened?

Nobody cared about my failure because they were busy with their own lives.

We are all too busy worrying what others think of us that we don’t really have time to worry about others. No one had time to care about my failure.

This made me realize that I shouldn’t fear failing and public humiliation because it really only exists in my own head. This understanding instilled a new found confidence and gave me the courage to try future ideas without fear of what others thought.

The first step to remove fear as an entrepreneur is to realize that we are just extras in everyone else’s movies.

We are all the star in our own movie, and others are just extras. In any movie, extras come and go, they might get some lines and some time on screen, but nobody pays much attention to them.

The same is true for everyone around us. They are all the stars of their own movies, and in their movies, we are just an extra. They barely notice the mistakes that we ourselves might consider unbearable.

If you keep this in mind when you are thinking about business, it will get a lot less scary to fail.

Understand fear logically but not emotionally

Even if you can get to a logical understanding that you are just an extra in everyone else’s movie, it’s hard to get there emotionally. Even if we don’t think that people care that much about our mistakes, it’s still very scary to fail.

This was still something I battled with after my party-planning failure. When I promoted the party, I took ownership and made that event part of my identity or “my thing.” Its failure felt personal and made me hesitant to develop another “thing” in the future.

This ultimately led me to starting hobbies and not truly identifying myself with future projects or investing myself emotionally at the start.

I eventually partnered up with my friend Emil on my next project that involved printing on male underwear. This project failed, too. We sold zero underwear in our three months of working on the project.

However, it didn’t hurt as much as the party-planning failure because I treated it as a fun project – instead of some big, life-changing business venture. Unknowingly, I had desensitized myself from the project by identifying it as a hobby.

Emil and I moved onto the next hobby project. This time we built a website to review and promote local restaurants in our hometown. We collected local menus and made it accessible to people who wanted to see what was available in the area. The goal was to eventually sell advertisements to the restaurants that wanted to be promoted to our visitors.

Well, we didn’t get any restaurants to pay for ads, and the project ultimately failed. Again, we were not fazed by the failure, but moved onto something new.

By calling it a hobby, you can’t fail

When we were just looking at our projects as hobbies instead of businesses, it didn’t hurt as much to fail. We didn’t identify as much with these projects as I had done with the party and it wasn’t tied to my identity or social status.

It was just a hobby, and can you really fail a hobby? If your hobby is fishing do you feel embarrassed or scared if you don’t catch a fish? No, you don’t fail at hobbies. You either stop doing them or continue doing them while improving.

Turning a hobby into a side project

We continued trying different hobbies, and they kept failing. However, through the failures, we were able to learn and progress towards our first break.

Emil and I eventually started a small digital agency. We were building websites for local businesses and were able to turn it into a full-time job. During this time, we stumbled onto a new hobby.

One of our friends recommended building a website for online bingo because he said we could earn money as an affiliate. We didn’t know anything about affiliate marketing, but we decided to make it our new hobby.

While working on our agency, we also began investing 5-10 hours a week into our bingo website. We weren’t earning anything at first, but we saw potential and made it more than a hobby – it was a side project.

We spent a year building the bingo site while also running our agency. During that time, we earned $1,000 as a bingo affiliate. For the next two years, we continued working on this side project more and more. That $1,000 a year suddenly became $1,000 a month and eventually, $3,000 a month.

There is no need to quit your job or studies.

Everyone seems to have a business idea but very few take the steps necessary to move that idea forward. I believe one of the biggest reasons for this is that people assume they need to quit their current job or schooling in order to get started with their idea.

While this is true in some cases, a majority of times you can get started without affecting your current position. Having stability while pursuing a side hustle is a great way to grow your business without taking on a lot of risk.

If it works out, great; if it doesn’t, you’re back in the position you were at the start.

In 2010 our little bingo project became our full-time job. For another two years it was a garage startup where we tested all kinds of ideas with it. It kept growing, but it was far from a serious business. No employees, no budgets, no meetings. We had fun and we made a good living from doing something we loved.

In 2012, we met with a VC company that wanted to invest in us. We had never thought about taking on investors, but we decided to go for it. What had been our little bingo hobby project now turned into what is today called Catena Media.

In just about four years, Catena Media grew from our side project to a $200M valuated business on the Stockholm Stock Exchange. What began as a hobby bingo site that we played with in our spare time, became a multi-million-dollar organization with 400+ employees and five offices around the world.

Don’t be afraid to fail

A lot of successful entrepreneurs failed before they caught their big break. Failure isn’t something to fear as an entrepreneur, it’s a natural part of business.

As someone who has had his share of failures, I can tell you that the only thing you should fear is regret from not taking the chance. If I would have let my fear of failing get the way of starting any number of my failed businesses, I would not be where I am today; running an innovative charity project, hosting the Becoming Great podcast, and building a better world – and, the kind of regret I would have is scarier than anything else I’ve experienced as an entre