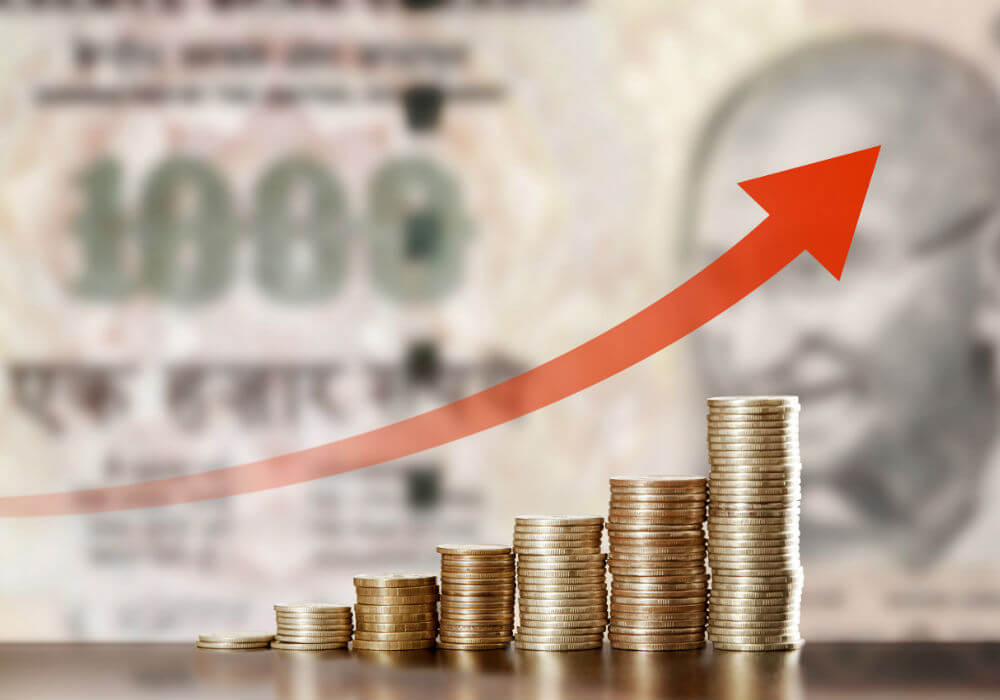 There have been numerous presentations, articles, columns since the late 90s about India’s potential and how India can be a super economy in time to come. With the rise and rise of neighbour China in last 10 odd years to unimaginable levels, this dream has not only bigger but also look so close and achievable.

Unfortunately despite getting billions of Dollars as FDI in Indian economy, we are yet to see a China level growth. In the world of a friendly Institutional investor – “the Indian story has remained a story so far”.

However, while all experts/economies have been debating about the growth rate of India in next 2/5/10 years and why this is not possible based on rearview mirror data, two mega events which happened quite silently and without much hoopla, are now going to change path of India forever and will finally put India in autobahn of economy growth.

These two events proved that finally after a lot of errors / mistakes,  India seems to be finally getting its act together. For the first time a GDP growth of 9% or 10% does not seem such an impossible dream.

The first mega event which grabbed everybody’s attention was the acquisition of Flipkart by Walmart for $16 Bn. This deal was the biggest deal in the world and gave not only 400x plus returns to earlier investors, but also made founders richer by $1 Bn. While it was fantabulous deal for investors and founders, it was even better for Indian ecosystem.

From the time Indian VC/PE story started, there has been one single complaint by investors of all shapes and size and that is lack of exits.

Money just comes into India and never goes back. Of late, the momentum of exits have started ( it started by RedBus when Seedfund made an exit, as Naspers acquired Redbus) but Flipkart had remained worrisome as it had absorbed almost $7 Bn and almost anyone with even a tiny India interest, had some exposure to Flipkart either through direct investment or through being investor in the funds which had invested in Flipkart.

This liquidity event of $16 Bn is going to erase a lot of doubts and will pave another wave of capital hitting Indian shores.

The other bigger question which this event answered was if India’s Amazon would be either Amazon or Flipkart. This question has been adequately answered now by Flipkart, Ola, Paytm and host of others. Despite no barriers or walls, Indian startups have fought and fought well.

Two of my investors asked me last year as to why Indians don’t buy from Flipkart and what will Flipkart do? I have told them that India is country of surprises so please wait and don’t be so fast in your judgement!

So bottom line is – cheer up! India will have its share of Indian startups as well as global model startups and some will win in both categories. So keep calm and keep investing.

This one is the other bigger or rather far bigger mega development which happened last week. Surprisingly this mega event didn’t create the same level of excitement as Flipkart deal but will have for sure a 100 times bigger impact than Flipkart-Walmart deal.

Tata Steel bought bank defaulter Bhusan Steel for agreeing to pay some $5.5 Bn (INR 37,000 Cr) to bankers. One may say, what’s the big deal if a loan defaulting company has been acquired by lenders and sold to a bidder. It might be routine in any civilised and democratic society but is almost a miracle in India.

In Indian banks, there is a popular proverb.

“In India, companies go bankrupt not the promoters. They continue to live a lavish lifestyle and loot the public forever. “

As per last available data, Indian banks have a gross NPA of INR 8.41 Lakh Cr ( $125 Bn approx) which amounts to around INR 16,000 per person if one account working population of India. This NPA is not because of bad business environment but is more a function of fraud, questionable business practices and questionable lending practices.

Govt banks with no accountability and no skin in the game has squandered public money with abundance. India real estate survived mayhem of 2008 financial crisis and there was no correction in housing because of govt banks who kept on rescheduling loans and waving NPAs and kept builders happy.

This liberal loan policy didn’t mean that every business was getting loans liberally.  It just meant that people with connections and huge liability were getting loans while ordinary businessmen were still making rounds and rounds of govt bank officers to get even a 10 lakh loan. This insider networks where everything moved on connections not only looted the banks but also crowded out genuine businesses.

Due to massive NPAs and with no hope of its recovery, banks build these losses in their business models. No wonder we have deposit rates of 6% but prime lending rates for SMEs hovers 12.5% (non banking – this rates jump to 18% plus) as SMEs and saving account holders were jointly subsiding corrupt defaulters.

This naked dance of last 70 years was put to stop by NCLT/ bankrupts law and resulted in first big win when Bhusan Steel was finally acquired by Tata Steel. There are some 28 other companies with big loan defaults and lot of pressure on promoters who otherwise used to run the system on their own whims and fancies.

Already some ¾ NPA accounts have been regularised and even unsecured trade creditors have started getting their long pending dues.

This cleaning and disposal of default assets is doing following things on the ground.

First, the huge amount of capital which was already written off by Banks is going back in the system thus boosting profitability and stability of the system and might even reduce the lending rates as risk spread will come down.

Second, it has created a sense of law among promoters who are now aware of consequences as it is no longer an empty rhetoric that law of the land will take its own course, and so these large drawdowns of fraudulent loan no longer happen as consequences are severe.

This will lead to opening this capital to the unconnected, honest and hardworking businesses in India who remain uncompetitive in the world market due to lack of capital as well as high cost of capital. Hence suddenly all the capital which used to find its way to big businesses and to the connected ones will go to normal businesses.

There is a sense of belief that India is capital scare country and without foreign capital we will remain starved. While we all believe in this, we forget that same capital starved Indians also buy gold worth $35 Bn every year. So India is not capital scare country but capital does not go to right areas due to issue of lack of legal system, crony capitalism and corruption which are build in last 70 years. These walls of corruption, crony capitalism etc have started to fall now.

India in last 70 years has seen a culture of crony capitalism in its finest form where to succeed all one needed, was connections. These two events in summer of 2018 have demolished this theory forever and connections do not matter any more. The honest and hardworking get billions and defaulters ’s business get sold.

Gentleman, the age of India has arrived.