Why Data ‘Reporting’ Has Lost Its Charm – India’s Ecommerce Conundrum

Why Data ‘Reporting’ Has Lost Its Charm – India’s Ecommerce Conundrum

The use of reporting in business goes back a long way 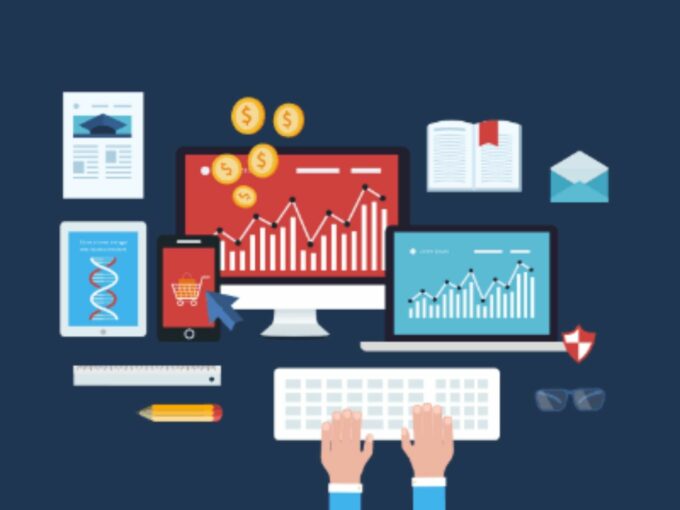 In the fast-paced world of ecommerce, data is king. It serves as the driving factor behind every critical decision, providing business leaders with the information they need to optimise their operations, connect shoppers with the products they need, and increase online conversion rates. Accurate and timely data is especially vital at the supply-chain end of the ecosystem, where even the smallest of delays or mix-ups can result in a very big problem.

Knowing that it would be the only natural to assume that data reports are held as sacrosanct. After all, without them, the entire system would have the structural integrity of a house of cards. Unfortunately, that isn’t always the case.

Most large ecommerce companies in India – including major names like Nykaa, Pharmeasy, and Realme – use our platform. However, in business meetings, barely 10% have ever expressed an interest in discussing our reporting platform. As someone who comes from a management consulting background, this initially baffled me.

The intelligent application of compiled data had always served as the cornerstone of any report I had prepared, and I had assumed the same would hold just as true – if not more so – in the world of ecommerce. After much deliberation, and many conversations with colleagues and companies in the field, I’ve finally understood what led to this state of affairs. The overuse of this otherwise vital term.

The use of reporting in business goes back a long way. Companies have always attempted to gather information on their target markets – to improve the functionality of their products, to build customer profiles, and to fine-tune their sales and marketing strategies. But the field only truly came into its own once the market had matured and globalisation turned local companies into multinational corporations.

The newly expanded reach and enormous wealth of these behemoths allowed them to gather data on a hitherto unimaginable scale. The task of sorting through this accumulated mass of information and turning it into actionable reports evolved in tandem, helped greatly by newly developed technologies such as Artificial Intelligence (AI). As a result, the insights gleaned from these activities began to actively influence and shape business decisions.

Despite the obvious advantages offered by these reports, the act of combing through these massive reams of data continued to remain an onerous and expensive task, regardless of the resources of the businesses involved. This created a gap in the market, and a demand for companies to whom the task could be outsourced – one that service companies (especially in the software and consulting industries) were quick to fill. In their rush to deliver, service companies began to pitch a wide array of reporting and dashboarding services.

However, the vast majority of these services consisted of nothing but standalone figures, with no real insight extracted from the raw data. This has ultimately resulted in a situation where terms such as ‘reporting platform’ and ‘dashboarding service’ have been overused to the point of meaninglessness. Without insights, numbers mean nothing. And therein lies the tragedy.

Given this state of affairs, and the apathy with which reporting is currently regarded, I believe it’s vital to highlight the importance of action-driven reporting. The retail market in India is currently estimated to be worth USD 600 billion. That means that, at present, e-commerce comprises only 5% of the total. Compare that to the 15% stake e-commerce has in the US market, and it becomes apparent that there’s still plenty of room for growth.

Despite this, the Indian ecommerce industry still faces enormous logistical challenges. Return to Origin (RTO) rates across India has remained stubbornly high, especially when Cash on Delivery (COD) orders are involved. At present, COD rates stand at close to 90% in Tier III and IV cities, as compared to 50% in metros. However, RTO rates are practically doubled in these same cities. The industry clearly faces a problem, and only by deciphering the information we already have can we arrive at a solution.

In that regard, the onus to change this state of affairs falls on both product and analytics companies – on the former to accept the importance of reporting, and on the latter to change the way in which they present the benefits of reporting.

I believe that every time a company wants to sell reporting (either as a product or a service), they should sit with their client and map out the precise business decisions their reports would drive. By highlighting the provision of qualitative over quantitative analysis, and building a reporting dashboard accordingly, they should be able to deliver the refined data in a way that weaves a story and leads to specific business outcomes.

The sector that would most benefit from the implementation of such a system would be ecommerce operations. By providing insights into the internal and external factors that impact the collection, transportation, and delivery of a package from the warehouse to customer, business owners would be better placed to make accurate and impactful decisions.

As an example, a report on ‘stuck’ shipments should include an analysis of the reasons behind such a status, a deep-dive analysis into the actionable options available, and an estimation of the impact on other business Key Performance Indicators (KPIs) if said actions are taken.

In the case of a failed delivery, that same report should highlight an entirely different set of data. This should include the number of failures occurring due to a given action, the ways in which similar failures might be corrected, and a recommendation on automated actions available through API.

The final, and most difficult, the instance has to do with last-mile delivery. Ecommerce companies typically use preliminary data to decide which courier company is the best performer in terms of cost to delivery time ratio. This candidate is subsequently chosen to service all of their deliveries. However, the use of intelligent data can result in the optimisation of delivery cost and time for each package. For example, certain delivery partners might charge a lower fee and take longer to deliver a package.

This company can be assigned to courier a package that is not time-sensitive, thereby resulting in significant cost savings when applied across the entirety of a system. Similarly, time-sensitive deliveries can be assigned to the partner with the lowest aggregate delivery time, thereby resulting in a repeat customer. In short, making each delivery a smart one results in tremendous savings, and a noticeable reduction in RTO and where is my order (WISMO) calls.

By adopting an approach that emphasises actionable information over sterile figures, and emphasising solution-oriented outcomes, the software industry has an opportunity to rehabilitate reporting as a concept and restore the rightful king to its throne.