Why A Minimum Viable Product Is Important For Startups

Why A Minimum Viable Product Is Important For Startups

Based on real feedback from customers, you can iterate and improve your product

By launching quickly, you can also focus on marketing and sales to grow your product 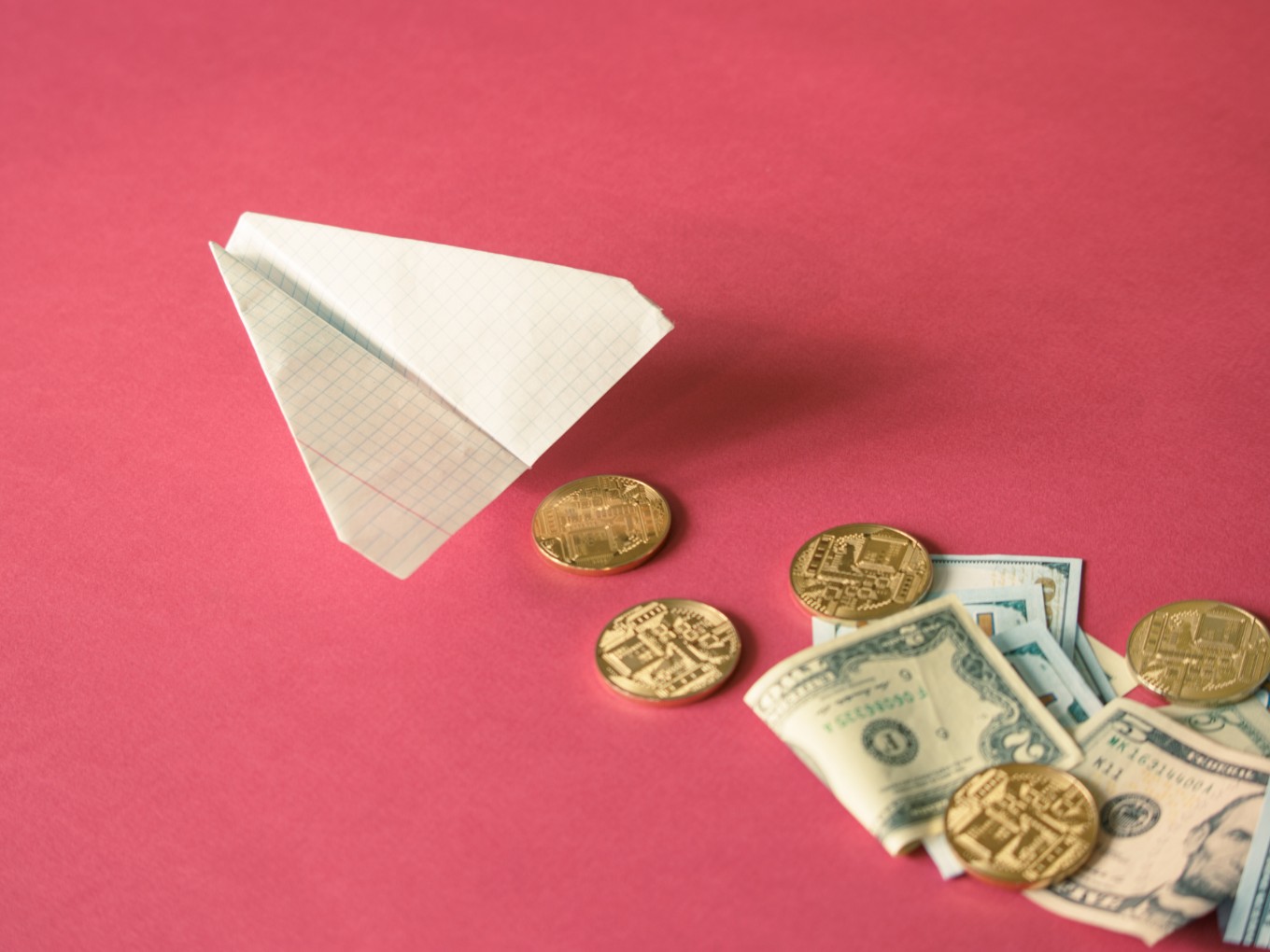 Wikipedia defines the minimum viable product (MVP) as a product with just enough features to satisfy early customers and to provide feedback for future product development.

In this blog, we are going to look at the minimum viable product of five successful Indian startups and see what they looked like when they launched.

Ola Cabs is valued at approximately $6.2 Bn, and along with Uber is one of India’s most used cab services. They are present in all the major cities in India, and you can choose from more than 11 different vehicle types from a bike to auto to a sedan to a luxury SUV and more. Yet, when they launched in 2010, they launched with a simple MVP which allowed them to test their product quickly.

Launching on just the website (without mobile apps) would have allowed their development teams to build the product faster. And by focussing on just one city (Mumbai) with a limited number of cars, they could get their product to market quickly. Based on feedback from customers and seeing what works they could iterate quickly and improve their product.

Swiggy, one of the most popular food-tech startups in India was bootstrapped in August 2014. Below is one of the earliest designs of their home page. 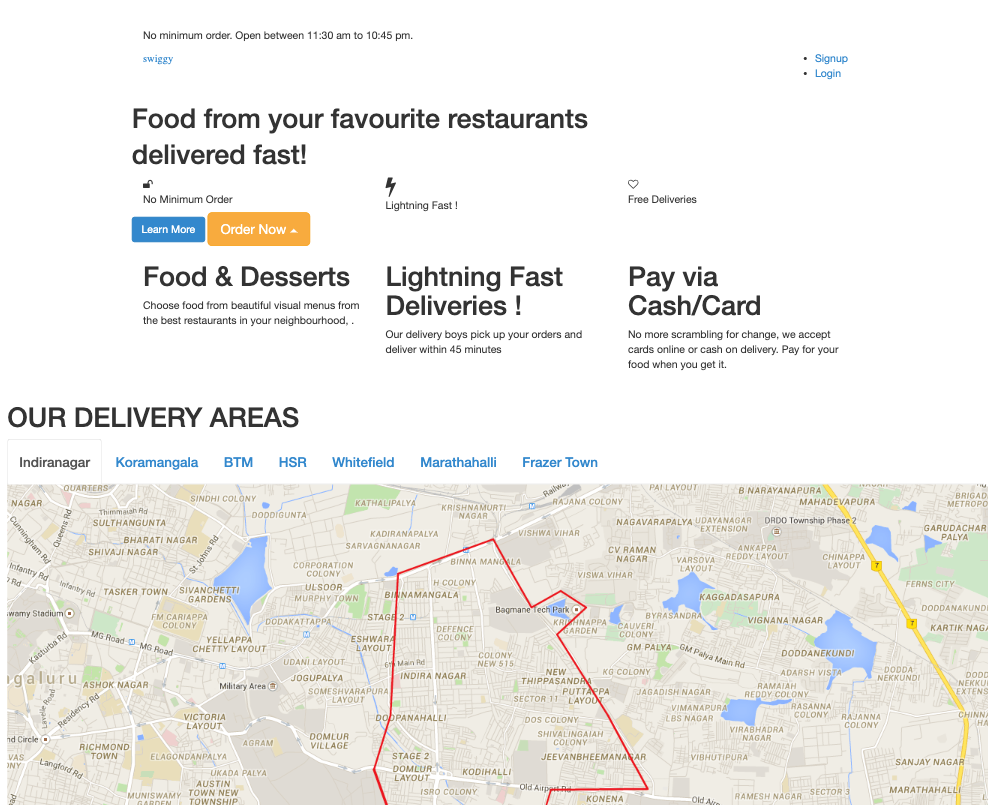 The advantages of launching this way instead of a full-blown app with all the features is that they could launch faster. The MVP had fewer features, and therefore the development team required less time to build it. This means they could test their ideas, assumptions about the initial product quickly, and use that feedback to iterate and improve the product in the future.

You can use Paytm to recharge anything from electricity to TV to broadband and more. Besides using Paytm as an online wallet, they also have Paytm Mall which is similar to an E-commerce store selling thousands of items via their website. Yet, when they launched they only offered one service.

The advantage of launching with such a clear, simple feature is that the development time to build the website is less. This would have allowed them to launch and test their assumptions quickly. From there, they could iterate and add more features to the website.

The hotel aggregator, Oyo is currently present in more than 500+ cities and has more than 12,000 hotels listed on their website. Yet, similar to the other startups mentioned in this blog, they launched with a simple MVP. 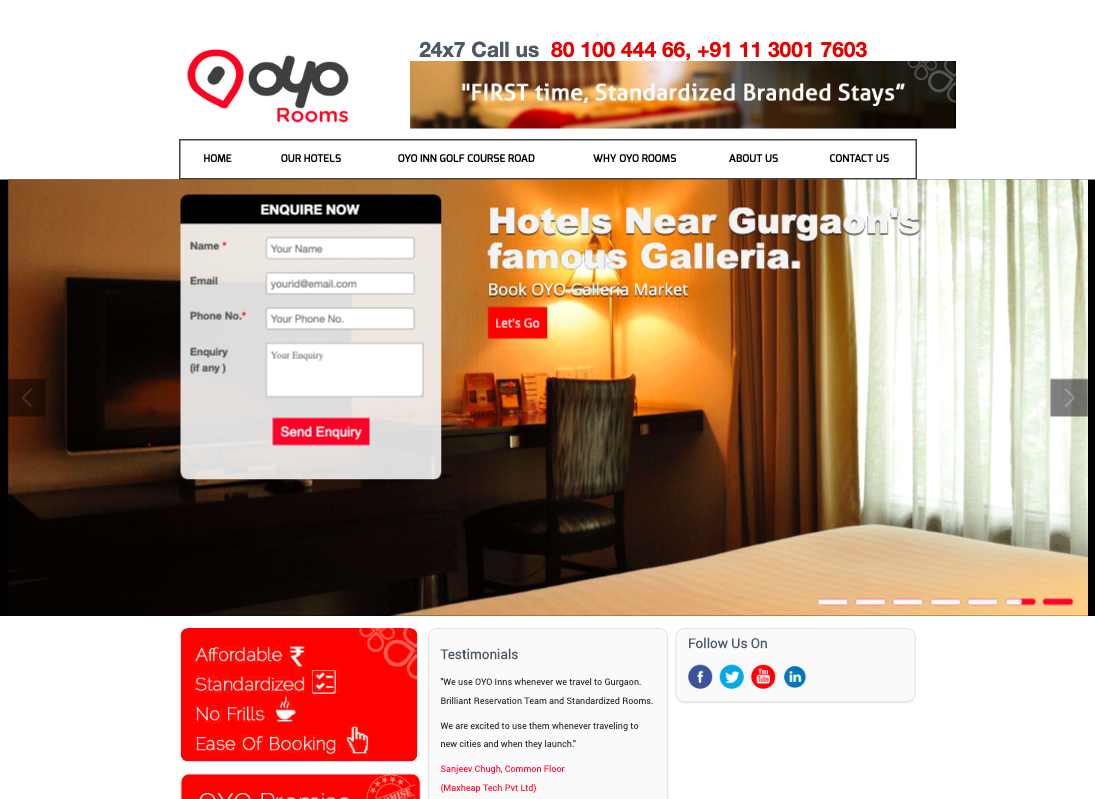 The advantage of launching in just one city, without payments is that the development time required to build the first version is much less than compared to building it with a proper booking form, plus other features. This allowed them to get their product to market quickly, and then iterate based on actual feedback from customers.

Grofers is one of India’s largest online grocery delivery services and you can get anything delivered from fruits and vegetables to household needs to pet foods. Yet, when they launched – their vision was a little different and the website started as a simple idea of delivering products from different merchants to their customers.

All the 5 startups mentioned in this blog launched with a much simpler version of their product. The initial product focussed on a few key features to satisfy early customers, and also to collect feedback to iterate and improve the product. By launching with a simpler minimum viable product, you can also move from development and focus on marketing and sales which are equally important to grow your startup.