The WeWork Story: How Adam Neumann Is Changing The Way We Work And Live

The WeWork Story: How Adam Neumann Is Changing The Way We Work And Live 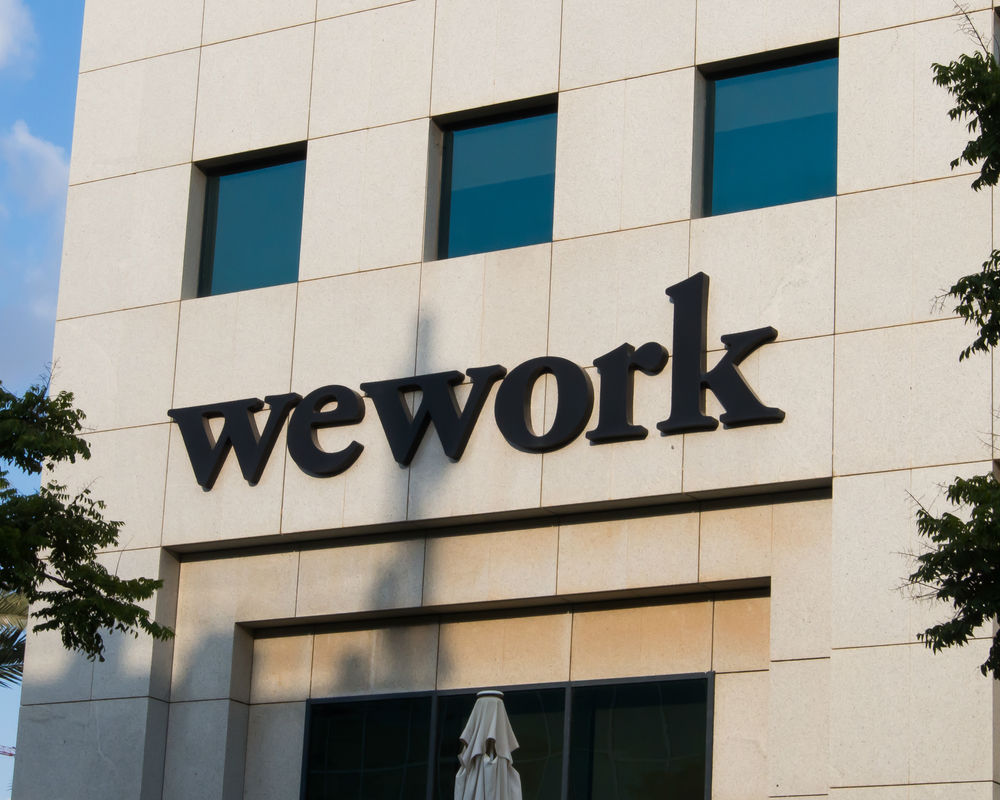 The homepage of the WeWork website, the $20 Bn valued global network of workspaces, says this is ‘The Future Of Work’. The question is, how far ahead?

Adam Neumann, WeWork’s Co-Founder & CEO, thinks a bit far ahead than most of us. His ultimate vision for the company is take the WeWork community model to Mars and is counting on Elon Musk to take everyone there. He enthuses about a vision to restructure present day neighbourhoods, and even designing new environment friendly cities – dreams grandiose for even the biggest visionaries of our times. But WeWork has a come a long way since Neumann founded it in 2010 and if our present day Iron Man is actually able to pull off his plans of establishing a habitable society on Mars, a partnership could act as the ideal catalyst for Neumann to act upon his utopian vision to change how we live and work. 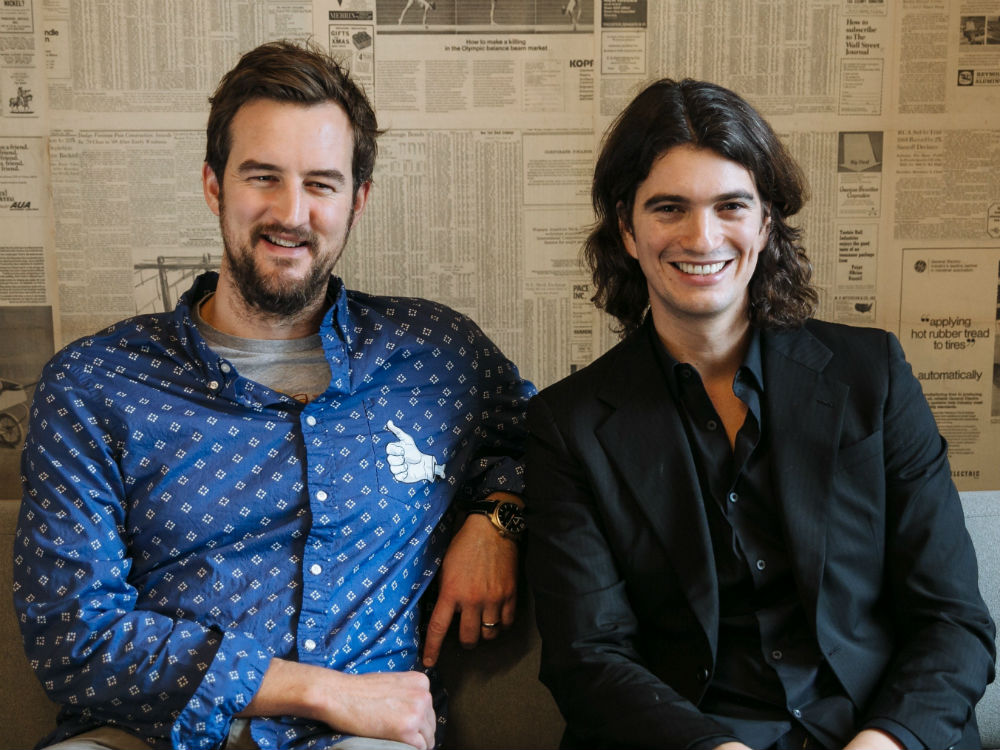 Neumann is adamant that WeWork is not just another real-estate venture, and will redefine its industry in much the same way that Airbnb Inc. and Uber Technologies Inc. have changed travel and transportation.

38-year-old Neumann, a 6ft 5in former Israeli Navy captain, co-founded WeWork with Miguel McKelvey, an architect, in 2010. Both were raised by single parents and also had the bug of entrepreneurship common in them. Post his stint in the Navy, Neumann tried several ventures, including those focused towards babies, some of which were flops but also some which achieved reasonable success. McKelvey, on the other hand, jumped into the dot-com boom after earning his architecture degree and started an online website that connected Japanese and English pen pals.

McKelvey eventually moved on to land up a job with an architecture firm in Brooklyn and it was here when he struck a friendship with Neumann at a party. Their first inkling that they could make money selling shared office space came in January 2008, when Neumann began renting out a corner of his office to cut costs. It was when, weeks later Neumann’s landlord, Joshua Guttman, took him through an empty building he had just bought down the street, that Neumann proposed to split up the place into multiple offices and give them out on rent.

Neumann told McKelvey about the idea that afternoon who came back the next morning with a name, a logo and a working website. It took a lot of convincing but Guttman finally agreed and ‘Green Desk’ took off in 2008 – which can be today traced as the pilot version of the company that has today become WeWork.

All was going well till the economy crashed. In light of the economy buckle, Guttman became skeptical but contrary to his expectations, the opposite happened. A few ads and word of mouth filled Green desk for the first time. With companies looking to cut costs on rentals, an alternative like Green Desk became a great option for small and medium-sized teams to shift into. Green Desk quickly took off. But Neumann and McKelvey eventually sold their business to Guttman at a $3 Mn valuation that gave them $300,000 in initial cash and rest in gradual payments. Both sides had different views of expansion and they mutually agreed that an exit for the former would the best option.

The 2 protagonists invested the $300,000 into a new location in SoHo which was being made on their community model and which was far more open and far more receptive for startups than their pilot version. More new locations went up in 2012 and a few angel investors also chipped in.

In June 2012, WeWork raised $17 Mn dollars at a post-money valuation of ~$100 Mn from marquee investors such as Fidelity, T. Rowe Price and Benchmark Capital, the backer of numerous prominent startups such as Dropbox, Twitter, Uber, Snapchat and Instagram among others. This figure shot up to ~$450 Mn in less than an year when the company raised its next round of funding which also had investment bank Jefferies as one of the investors. With such backing it was clear that WeWork has a good shot to be a member of that elusive unicorn list – back when it was really elusive.

Locations were coming up rapidly and their clientele diversified from small startups to PE shops to teams of programmers who wanted to build the next big thing. The customisation in the spaces provided by WeWork gave them a place to both work and collaborate and they always had people to give back review on their products. The growth potential of both the company and the market got reaffirmed when J.P. Morgan and few other existing investors invested $150 Mn in total putting the post-money valuation at $1.5 Bn in February 2014. It was this round which propelled the company into the league of the big players and made the rest of startup world sit up and take notice. 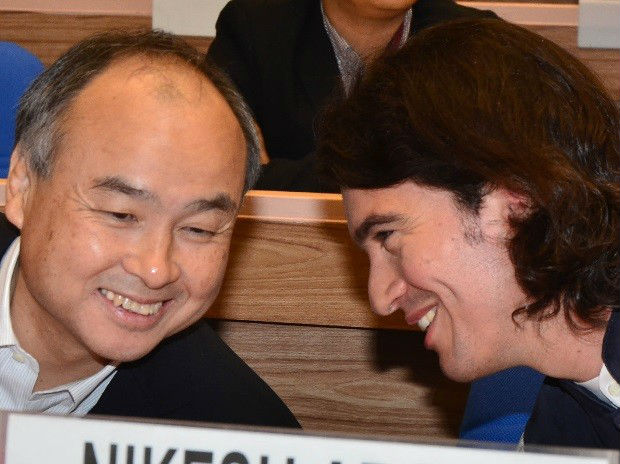 Around 3.5 years and many more co-working spaces later, WeWork has managed to raise $4.4 billion in it’s latest round of funding at a post-money valuation of $20 Bn from Japanese telecom and Internet giant Softbank Group Corp. and it’s behemoth investment vehicle, the Vision Fund. The companies say the funding breaks down to $3 Bn invested in WeWork itself (both through a primary investment and a secondary purchase of existing shares) and $1.4 billion in the companies created for WeWork’s expansion in Asia — namely WeWork China, WeWork Japan and WeWork Pacific (The $1.4 Bn includes SoftBank’s previously announced investment in WeWork China).

This recent round brought the total equity funding number to $4.4 Bn, not less by any standards, but WeWork has the numbers to back it up. It says it currently has more than 150,000 members across 216 office locations in 16 countries and this round of funding makes it the 6th most valued company in the world.

Earlier this year, Neumann also claimed that WeWork is on track to hit $1 Bn in revenue in 2017 and plans to go for an IPO in the near future though he didn’t specify where or when. The revenue number might look slightly less if compared to its peers at the top of the unicorn list but Neumann also mentioned that 2 years ago, less than 1 percent of WeWork’s business was generated by Fortune 500-type companies. That figure is now about 30 percent and growing which can be interpreted as a sign of a viable business model. Some of these enterprise clients are Spotify, Microsoft, Dell, Salesforce, HSBC, Deloitte – names as big as they get.

In addition to that, a communal housing model called WeLive, which the company has launched in New York City and Crystal City, Virginia, is 100-percent leased, but there are no immediate plans to expand the concept as WeWork is still trying to perfect the product. Neumann has time and again hinted that the company is only focusing on growth and investors would have to little more for profitability but at the same time that also raises questions for the IPO that he has in his sight.

He also claims that he is courted all the time by developers and city mayors alike. Skeptics are there who claim that the valuation is high by any measure and that the internet-style price tag is just a facade for what is essentially a routine bricks-and mortar business. They have the numbers to back it up. WeWork’s valuation to revenue multiple trades at around ~20x whereas it’s closest competitor, Regus, trades somewhere around ~1.4-1.5x. But Neumann insists WeWork is different because of its own operating system, WeOS, which designs and manages its offices efficiently.

Problems with the elevators, cleaning or air conditioning of all WeWork’s buildings around the world are monitored online. Investors are also worried that WeWork is charging high per-square-foot prices but is also locking itself into long-term leases at today’s record rents. There is also the prospect of a tenant exodus amid a recession or cheaper competition.

Fast Company’s Sarah Kessler tried to find out what it is that makes Wework work but even after so many years since starting out, Neumann can’t isolate what is that exactly.

“It can’t exactly be touched,” he says. “It’s a feeling.” Exposed brickwork? Cheerleading slogans? Beer on tap? Check, check and check. Some say that it’s behind those perks that the real magic is – hundreds of small design elements that help create the feeling. Others claim It’s less about table space and Wi-Fi than about wanting to be in an environment where other people are also working hard. Neumann also credits his wife and WeWork’s Co-Founder and Chief Brand Officer, Rebekah Paltrow Neumann, who also happens to be a cousin of actress Gwyneth Paltrow, for bringing in a kind of soulfulness to the company.

Neumann and his team want to help people make a life through work, not only a living. And with Masayoshi Son’s vision & seemingly unlimited money and Neumann’s chutzpah, they look all set to achieve it.