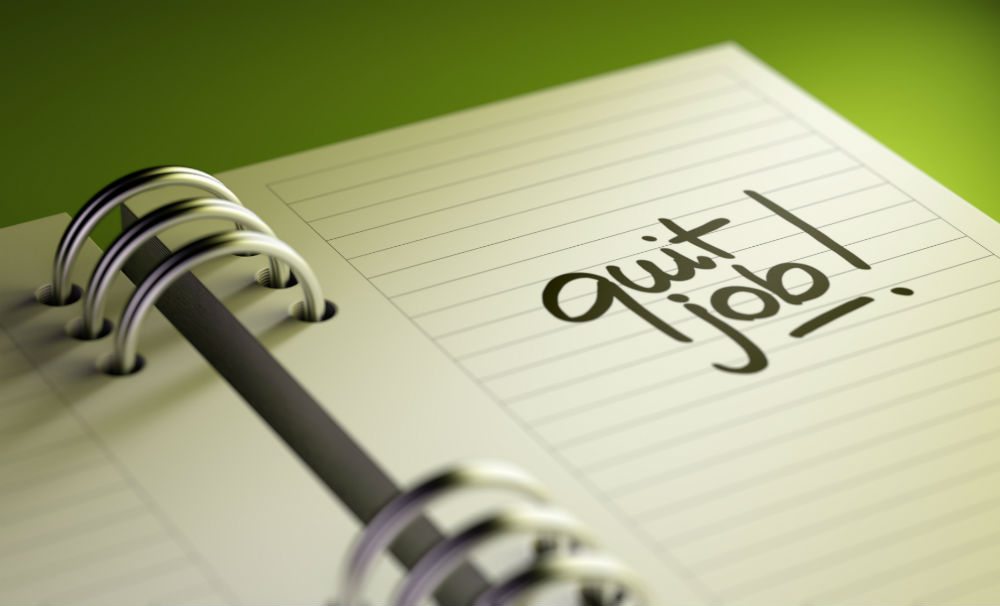 “When did you decide to go from being a lawyer to a full-time writer?” I asked Gretchen Rubin. She wrote the #1 New York Times bestseller, “The Happiness Project.”

She worked for The Supreme Court. “I was surrounded by people who loved law. They were reading law on the weekends. They were talking about law at lunch time. They just loved, loved, loved law. And I knew that I didn’t.”

I felt pain in my legs.

That’s the feeling I had in my body the last time I was miserable at work. I couldn’t sit anymore. I got up mid-meeting, walked straight to the elevator and left.

“I think a lot of people want to leave what they’re doing, but they don’t know where to go,” Gretchen said.

How To Find Where To Go

“I was looking up at the Capitol dome,” Gretchen said, “And I thought, ‘What am I interested in that everybody in the world is interested in?’

That’s when she wrote her first book, “Power Money Fame Sex: A User’s Guide.” Her first step was research. That’s also what she did for fun. “That’s a big tip-off,” she said. “What do you do for fun?”

I loved talking to prostitutes at HBO. But if I stayed I wouldn’t have my own podcast. I couldn’t talk to anyone I want. I was limited to prostitutes.

I didn’t know if it was OK to want a better life. I kept waiting for people to notice the signs. I wanted them to worry about me. And encourage me. “Do what you love James!”

But each situation is different. And advice doesn’t help. Advice is what other people would do if they were you. Not what they actually do as themselves.

We try guiding each other with good intentions… but it’s not the same as choosing yourself.

Gretchen has 12 commandments of happiness. And the first one is “Be Gretchen” so for me it’d be, ‘‘Be James.” But sometimes I feel really disconnected to myself.

Gretchen’s suggestions involve knowing a lot about yourself. So I asked her, “What if I don’t know anything about myself?”

“That is the great question of our lives. ‘What does it mean to be you? Who are you?’”

“It seems so easy because you hang out with yourself all day,” she said. “But it’s so easy to get distracted by who you feel you should be… or who you wish you were. Or who other people expect you to be.”

It’s almost like we outsource our personality to everybody around us. But it’s OK to stop doing things that should make you feel good, but don’t.

“I had this weird experience recently,” Gretchen said. “I was at a cocktail party. And some woman, very nice person, was saying ‘Oh I love going skiing with the whole family. It’s a great vacation.’”

Gretchen said it seemed great. But skiing doesn’t appeal to her. At all. “I love the fact that my husband has a knee injury so I never feel like we have to go skiing.” The woman tried convincing her. She said it’s a beautiful adventure, great for the whole family and everything else. “Twenty minutes later she came back to me with this absolutely stricken expression on her face. And she said, ‘I just realised I don’t like skiing either…’”

Here’s an easy, two-step formula for being happier:

Step 2: Do more of what you like doing – Come up with all the things you daydream about. What have you always wanted to try but never had time for?

Now you have time. And you’re you.

Gretchen was looking through a magazine from her college. She read about the other lawyers. And felt mildly interested. Then she saw people with writing jobs.

“I felt sick with envy,” she said.

“Envy is painful, but it’s a very helpful emotion for a happy life. It’s a giant red arrow sign standing over someone’s head saying, ‘They’ve got something you want.’”

I’ve interviewed hundreds of people. I always ask how they knew what to do next.

And how they knew where to find joy…

But that’s the myth of happiness. It’s not knowable.

It’s not one idea.