Veni, Vedi, Virus: Fundraising In The Times Of Corona

Veni, Vedi, Virus: Fundraising In The Times Of Corona 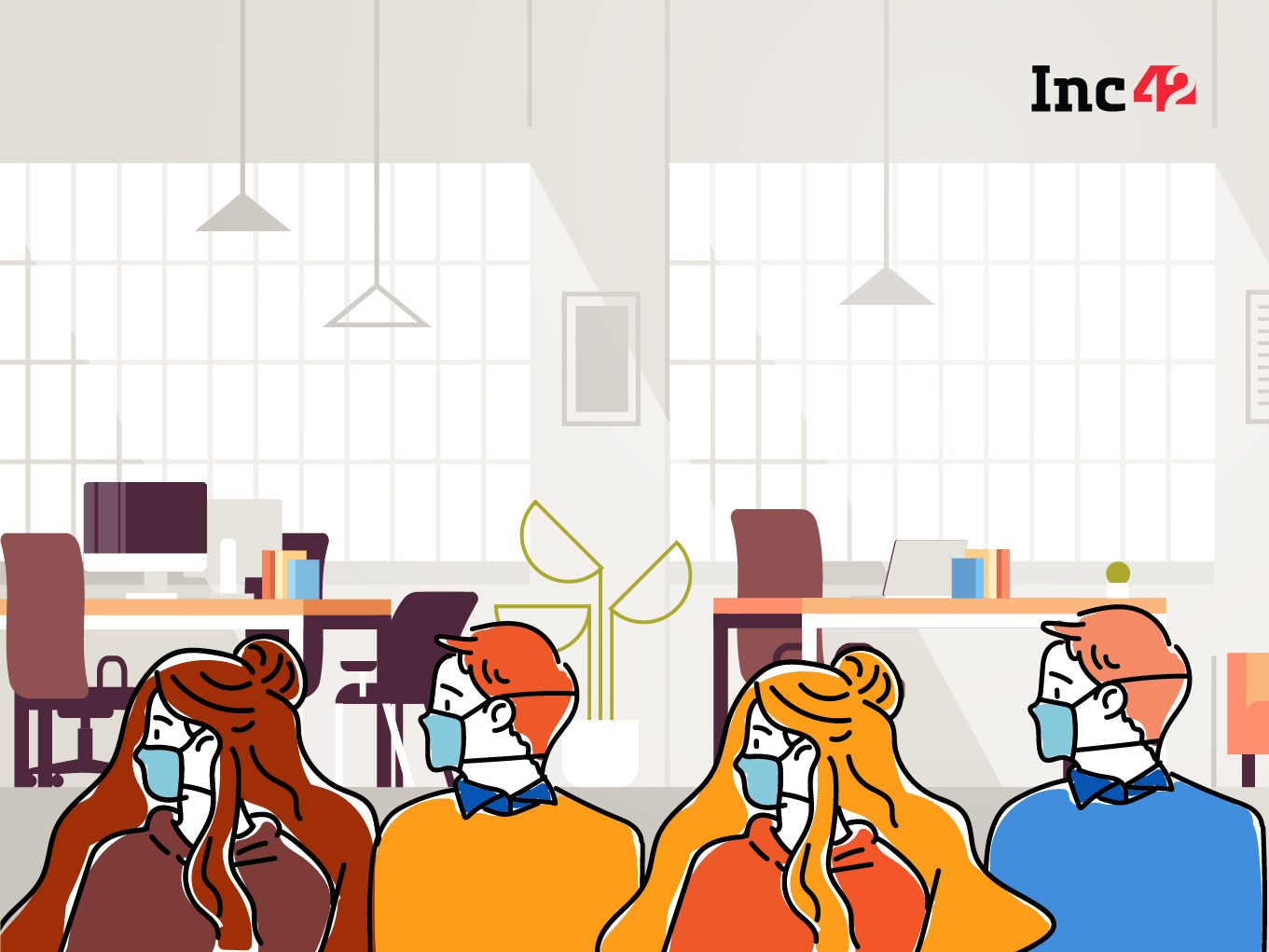 Startups thrive on virality – pitch decks, marketing collateral and KPIs scream the term in bright colours as investors look for this essential element before committing to a company. But to paraphrase “Star Wars: A New Hope” – “this is not the virality you were looking for”.

COVID-19 or Corona Virus Disease 2019 has permeated all aspects of life for mankind, especially for startups and investors. Many have grappled with the issue of Work from Home (WFH) and are creating and open-sourcing playbooks of best practises and tools to tackle the issue. Social distancing has become ingrained in our vocabulary as people strive to stem the dissemination of the virus and fight this the best way they can.

Meetings and conferences have been cancelled or postponed; stand-ups have moved online and long commutes have given way to LAN bandwidth management.

But as the dust settles and people adjust to the WFH imposition, founders and investors have one word in mind, in addition, to cover (safety) and continuity: capital. To understand the interplay of the COVID-19 on startups and investors, it’s important to look at the macro effects of the virus and its implications on the two players: startups and investors.

The most visible sign of the virus’ impact on capital is the sheet hollowing out of the capital markets worldwide. The precipitous fall is in danger of reversing close to 6 years of gains for stock market investors globally as investors rush to cash out and sit on liquidity.

The slide is in no danger of ending as the US markets have hit the lower circuit breaker thrice in the past week itself. Marquee stocks such as Berkshire Hathway are trading at book value and in India, during Holi, the only colour that investors saw was red.

Funds normally value their portfolios based on the most recent funding round (known in the industry as the Price of Recent Investment methodology) as it offers the closest analogue to a stock-ticker for the underlying portfolio. Commonly, only in cases of a force majeure event, erosion of the substratum of the business or the lack of a funding round amongst others do the VCs mark down their investments.

This has insulated their portfolios but that doesn’t mean that they’re going to be immune – far from it.

In the world of capital raising in the private markets – the source of funds for VCs and by consequence, startups, all come from LPs. In the typical VC structure, the fund managers are known as General Partners or GPs and the investors in said funds are known as Limited Partners or LPs.

The money from the LPs flows into the funds floated by the GPs and ultimately, to startups. The source of funds for the LPs has always been the listed markets – be it in debt instruments like bonds or equities like stocks, hedge and mutual funds or other such investments. Very seldom do LPs sit on cash, i.e, keep funds parked in fixed deposits or their current accounts.

Their asset allocation strategies always keep a minimum return on investment figure that they must achieve via diversification into various asset classes (gold, debt, bonds, real estate, stocks, etc). But if you look into the investments of any LPs – be they large endowments, family offices, etc – their primary investments are always in the listed space with venture being part of their allocation strategy.

And therein, as the Bard says, lies the rub.

For a fall in the public markets have a bleeding effect onto the startup world as well.

Impact Of Corona On VC Fundraising

The common consensus amongst VCs is that they all fall into two categories:

VCs, like startups, too need to raise funds. They have decks, undergo due diligence and make quarterly reports to their LPs, similar to the cycle that startups endure. Their cycles are typically longer than startups -with funds taking around 6-18 months to close out depending on the GP, sector, experience, etc.

For the more established GPs with a strong LP base – the fundraises can be as simple as an email and a call announcing the new strategy, prior performance, thesis and an ask in terms of a capital commitment. They aren’t as adversely affected as the newer breed of GPs coming out.

For the new GPs – VC fundraising is still an old school as it places greater importance on a face-to-face meeting initially to get a good read of the GP.

For those who are fund-raising and who are new GPs, their processes have gotten harder as the three largest pools of capital for Indian VCs – USA, Singapore and China – are under various stages of travel restrictions. The Indian LP pool is also reeling from a sliding stock market, tepid real estate market and a liquidity crunch that India is emerging from.

Compounded by tax policies that make gains from startups suffer a tax rate that’s 2.54x the one for listed gains, a holding period that’s twice that of listed entities and the lack of liquidity, fundraising in India for VCs just got harder.

The silver lining is that the rout in the stock market and the relative stability of the private markets is making VC and startups a more attractive asset class for LPs the world over. India needs to capitalise on this and create more conducive policies that don’t discriminate against startups as opposed to listed companies so that greater value creation can happen here and rupee capital is less discriminated against than foreign capital.

For context, gains from startup share sales for Indian investors suffer from the “superrich surcharge” announced in July 2019 whereas it was rolled back for foreign investors and gains from the listed space.

Those who completed their fundraises are more secure, but they also face another issue – capital calls in the time of the Corona Virus. VCs who have raised funds are grappling with capital calls being postponed due to LP requests as exiting the market and going back six years is a prospect few can stomach. While many LPs have exited their positions, the ramifications are still being felt.

Impact Of Corona On Startup Fundraising

As go the VCs, so go the startups. Startups rely primarily on two broad sources of funds:

Angel investors usually consist of CXOs, ex-entrepreneurs, friends and family who are looking to support somebody they know, back a passionate idea or give back to the ecosystem. For them, their sources of funds are prior gains from exits, salaries, savings or gains from the markets.

Many are looking at conserving capital at this point as the world seems to collapse around them, in terms of capital markets. Some, due to issues like the angel-tax, have also moved their startup investments into Angel Funds and VCs. Angel investing has been on the decline for a few years and the sector formalises and others have moved onto different products such as funds. But the capital market hit has affected them as well.

For the institutional investors, VCs have already been covered, as have their LP base. But one source of funds that’s strongly coming into vogue is Corporate Venture Capitalists or CVCs. These are the captive venture arms of large corporates who look to diversify their business or identify cutting edge technology to invest in, learn from and even acquire.

Corporations across the world are sitting on large amounts of cash and due to changes in regulations and taxation, cash distributions to shareholders via dividends and buybacks have become more expensive. They’re also more cognizant of the role that startups and entrepreneurs play in disruption and they’re more than willing to participate in the startup ecosystem to stop themselves from becoming obsolete. Indians corporates have started investing in and acquiring startups from India.

But the most curious absentee in the Indian startup story has been India’s homegrown tech giants – who are more comfortable acquiring foreign startups rather than Indian ones. Though the reasons for this are yet to be articulated, one hopes that the companies with the largest cash balances and the strongest alignment with India’s startup tech scene will also become its largest customer and patron – similar to how the US’s Silicon Valley and China have become the largest funders and acquirers in their countries.

Sectors And The Way Forward

Startups in sectors like travel, co-working or other areas which rely on the convergence of crowds will face a tough time raising funds. But those in the attention economy – media, content, etc and those in software and productivity tools are seeing their metrics rise and will be well placed to come out of this rut stronger than ever.

The consensus amongst the community is that capital will become tighter across the board. Many startups are looking to cut their burn and firm up operations to wait out this Capital Winter that has descended upon us. Hirings have been put on hold and the luxury of larger offices will fall to the wayside.

A lasting effect of the Coronavirus will be how offices are going to evolve – we’ll see WFH playing a more prominent role. This will also see rent – amongst the largest cost centres along with salaries and marketing come down as startups evolve to more geographically diversified and remote teams.

The markets, its often remarked, operate on two primary emotions: fear and greed. Fear leads to the markets haemorrhaging and greed sees them rising back. This is personified as the Bulls and the Bears, the animal spirits symbolising the rise (Bulls) and fall (Bears). We’re currently in a bear phase as capital will become scarce.

Startups are also going to rely on existing investors to stay funded and M&A via stock deals will come into play as cash starts drying up. These will be testing times for the ecosystem and one thing will be common to startups and mankind in general during these times of the Coronavirus:

Only the strong will survive.