Removal of Dividend Distribution Tax (DDT) will lead to higher cash flows in the hands of cash-starved India Inc.

A simplified new return system is being introduced from April 1, 2020 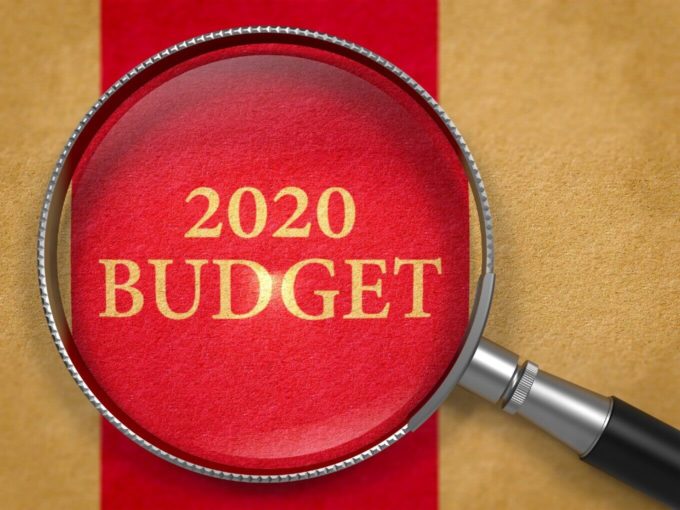 The Union Budget 2020 comes in the midst of a slowing economy and rising unemployment. Hence it was critical for the government to announce an effective budgetary reform that will not only help the economy to revive but also be fiscally prudent. .as it was seen to be an opportunity to announce big, bold reforms given the state of the economy. Presenting the first Union Budget of the third decade of 21st century Finance Minister unveiled a series of far reaching reforms aimed at energizing the Indian economy through a combination of short term, medium term and long term measures. In this publication we tried to highlight the major aspects impacting MSME’s and startups.

Major Announcements For Startups And MSMEs

Budget 2020 has announced several measures which would impact the Startups and MSMEs:

Increase in Limit of Tax Audit for MSME’s – Section 44AB

With effect from 01st April, 2020, in order to reduce compliance burden on small and medium enterprises, the threshold limit has been increased for a person carrying on business from one crore rupees to five crore rupees in cases where,-

(i) aggregate of all receipts in cash during the previous year does not exceed 5% of such receipt; and

(ii) aggregate of all payments in cash during the previous year does not exceed 5% of such payment.

Further, the due date for filing return of income under Section 139(1) is proposed to be amended by:-

(A) providing 31st October of the assessment year (as against 30th September) as the due date for an assessee referred to in clause (a) of Explanation 2 of sub-section (1) of Section 139 of the Act;

ESOPs have been a significant component of the compensation for the employees of start-ups, as it allows the founders and start-ups to employ highly talented employees at a relatively low salary amount with balance being made up via ESOPs. Currently ESOPs are taxed as perquisites under section 17(2) of the Act read with Rule 3(8)(iii) of the Rules. The taxation of ESOPs is split into two components:

The tax on perquisite is required to be paid at the time of exercising of option which may lead to cash flow problem as this benefit of ESOP is in kind. In order to ease the burden of payment of taxes by the employees of the eligible start-ups or TDS by the start-up employer, it is proposed to amend section 192 of the Act, and insert sub-section (1C) therein to clarify that for the purpose of deducting or paying tax under sub-sections (1) or (1A) thereof, as the case may be, a person, being an eligible start-up referred to in section 80-IAC (IMB Approved startups and not all startups registered with DPIIT), responsible for paying any income to the assessee being perquisite of the nature specified in clause (vi) of sub-section (2) of section 17 of the Act, in any previous year relevant to the assessment year 2021-22 or subsequent assessment year, deduct or pay, as the case may be, tax on such income within fourteen days —

(i) after the expiry of 48 months from the end of the relevant assessment year; or

(ii) from the date of the sale of such specified security or sweat equity share by the assessee; or

(iii) from the date of which the assessee ceases to be the employee of the person;

whichever is the earliest on the basis of rates in force of the financial year in which the said specified security or sweat equity share is allotted or transferred .

Moving to classical system of taxing dividend in the hands of shareholders/unit holders. Currently, no other country in the world has a DDT regime. Even in India, it was only in 1997 that DDT was made a part of income tax laws. The tax was scrapped in 2002, but was brought back in the very next year on the pretext of ease of tax administration.

The government on 1st February 2020, proposed to remove dividend distribution tax on companies, and henceforth the tax will be shifted to recipients at the applicable rate. Section 115-O provides that, in addition to the income-tax chargeable in respect of the total income of a domestic company, any amount declared, distributed or paid by way of dividends shall be charged to additional income-tax at the rate of 15 per cent. Such dividend referred to in section 115-O is exempt in the hands of shareholders.

Removal of Dividend Distribution Tax (DDT) will lead to higher cash flows in the hands of cash-starved India Inc. If individual taxpayers opt for the new tax regime then it will result in higher cash in the hands of the individuals. This in turn would lead to increased spending or higher investments, both being good for the country. Other provisions like section 194 for deduction of TDS on dividends to resident individual and section 195 for tax deduction in case of foreign payments have been revised. Also, a new section 194K has been introduced for deduction of TDS on units of mutual funds.

TDS to be deducted by E-commerce operator – Section 194O

With effect from 01st April, 2020, a new levy of TDS under Section 194O at the rate of 1% is inserted to be paid by e-commerce operator for sale of goods or provision of services facilitated by it through itsdigital or electronic facility or platform. This provision will not apply in cases where the seller’s gross amount of sales during the previous year through the e-commerce operator is less than Rs 5 lakh and has furnished his PAN or Aadhaar number. Also, consequential amendments are being proposed in section 197 (for lower TDS), in section 204 (to define person responsible for paying any sum) and in section 206AA (to provide for tax deduction at 5 per cent in non-PAN/Aadhaar cases).

A seller of goods is liable to collect TCS at the rate of 0.1 % on consideration received from a buyer in a previous year in excess of fifty lakh rupees. In non-PAN/ Aadhaar cases the rate shall be one per cent. Only those sellers whose total sales, gross receipts or turnover from the business carried on by it exceed ten crore rupees during the financial year immediately preceding the financial year, shall be liable to collect such TCS.

Section 194J of the Income Tax Act, 1961 has been amended with effect from 1st April 2020 wherein fees for technical services other than professional services is liable for deduction of TDS @ 2%. Previously the same was taxed at the rate of 10%.

GST was one of the historic structural reforms brought in indirect taxes in 2017. Its Chief architect Late Mr Arun Jaitley at the time of roll out said – “It will be an India where Centre and States will work harmoniously towards the common goal of shared prosperity. The unanimity of the Constitutional amendment and the consensus of the GST Council highlights that India can rise above narrow politics for the nation’s interest. With the GST, neither the state nor the Centre loses its sovereignty. In contrast they will pool their sovereignty on decisions on indirect taxes.”

True to this vision for the historic structural reform, the GST has been gradually maturing into a tax that has integrated the country economically. It has consolidated numerous taxes and cesses to one tax and facilitated formalization of economy. It has resulted in the efficiency gains in logistic and transport sectors.

It has also led to significant benefits to MSME by way of enhanced threshold and composition limits. The effective tax incidence on almost every commodity came down substantially. Through several rate reductions an annual benefit of one lakh crore has been extended to consumers. It amounts to 10% reduction in overall tax incidence. An average household now saves about 4% on its monthly spends on account of reduced GST rates.

During this phase of maturing, several challenges were faced by GST. This was natural as transition was daunting. GST Council has been proactive in resolving issues during transition. In the last two years there has been addition of more than 60lakh new taxpayers, a total of about 40 crores returns were filed, 800 crore invoices were uploaded, and 105 crore e-way bills were generated. There has been extensive engagement with stakeholders. A simplified new return system is being introduced from April 1, 2020. This is under pilot run. It will make return filing simple with features like SMS based filing for nil return, return pre-filling, improved input tax credit flow and overall simplification.

Further, Finance Minister added that refund process has been simplified and has been made fully automated with no human interface. Electronic invoice is another innovation wherein critical information shall be captured electronically in a centralized system. It will be implemented in a phased manner starting from this month itself on optional basis. It will facilitate compliance and return filing.

Further, several measures have been taken for improving compliance. Aadhaar based verification of taxpayers is being introduced. This will help in weeding out dummy or non-existent units. Dynamic QR-code is proposed for consumer invoices. GST parameters will be captured when payment for purchases is made through the QR-code.

A system of cash reward is envisaged to incentivize customers to seek invoice. Deep data analytics and AI tools are being used for crackdown on GST input tax credit, refund, and other frauds and to identify all those who are trying to game the system. Invoice and input tax credit matching is being done wherein returns having mismatch more than 10 percent or above a threshold are identified and pursued. Significant policy level changes have also been made. GST rate structure is also being deliberated so as to address issues like inverted duty structure.