Budget 2018 Outlay On Infrastructure, Education, And Health – Opportunities In The Indian Tech Economy

Budget 2018 Outlay On Infrastructure, Education, And Health – Opportunities In The Indian Tech Economy 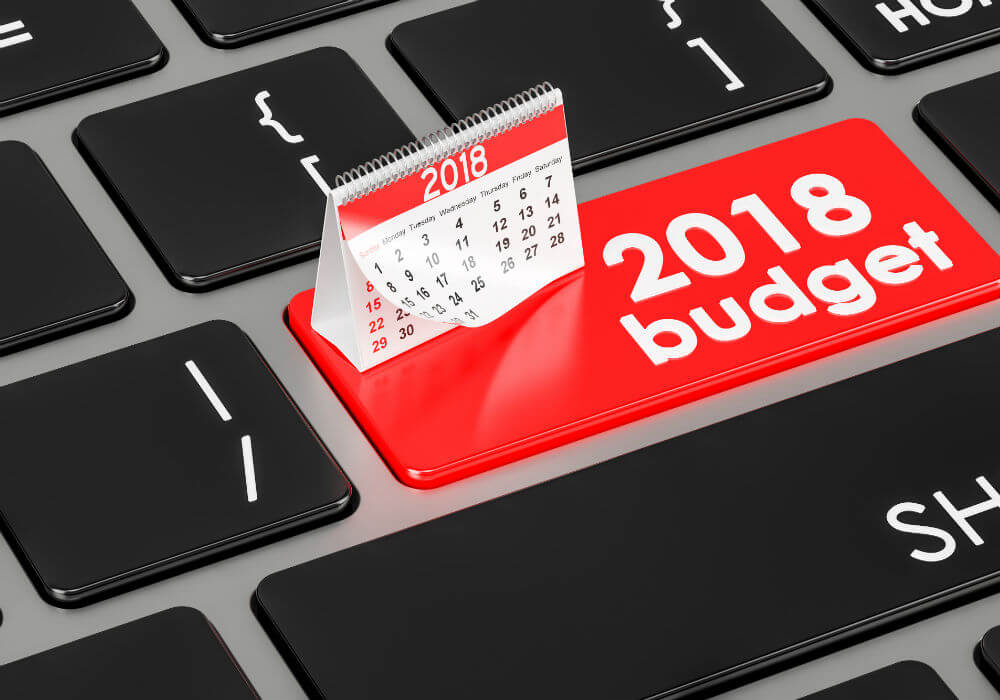 The Union Budget 2018 is the last full budget by the NDA government. In their first couple of years, this government opened up the economy on the backs of some important policies and going after black money. In the following years, we had multiple shocks to the status quo with the onset of demonetisation and GST implementation.

India is a very different economy today from four years back. One expected legitimately for this to be a political budget, with expectations running high. The focus of the Union Budget 2018 was conclusively expected to lie towards the upliftment of the vulnerable sections of society, especially farmers.

The expectations were not disproved, with the focus on the core constituencies of farmers, people below the poverty line, and the lower-middle- class income groups maintained steadfastly. The NDA government came to power promising an assault on poverty combined with infrastructure development.

It has done very well in these areas as it has had an average GDP growth of 7.5% for the first three years, with this year’s growth expected to be around 6.75%. The budget 2018 has good proposals for agriculture and the rural areas, health, senior citizens, and education infrastructure.

The Union Budget 2018 proposes to focus on ‘ease of living’ of its constituents after successfully focusing on the ‘ease of doing business’ in the past years.

A Better Future For Farmers

The farmers are a very large constituency with rural India making up 45% of the (voting) population. The current NDA government has committed to increasing farmers’ income by 2022. The budget 2018 provides for the compensation of the farmer’s income loss when his produce is sold below MSP, wherever MSP applies.

It also says that the MSP for the Kharif sector will be set at 1.5 times the cost of cultivation. Subsidising inefficiency cannot lead to constructive growth, but can temporarily quell discomforts. The government recognises this and has therefore taken not only these highly publicizable measures but also given apt emphasis to expand the eNAM network.

Availing credit, which has been a massive bane in the progress of farmers, has also been enhanced. It was a pleasant surprise to see an unprecedented focus towards developing a competitive, value and efficiency-driven approach in the agri-sector, with a renewed focus on horticulture, export of agri-commodities, completion of irrigation and development of micro-irrigation projects.

The congruence of many of these steps should hopefully improve the farmers’ income and economic wellbeing in society.

Further, the rural sector will get all-weather roads to connect to markets, which is going to have a tremendous impact in the long term. Rural housing has been given a massive boost, and the free LPG programme has been rightly extended to eight crore families, as against five crores.

This will definitely have a positive impact on the poor in these areas, who have faced much distress over the past two years.

Infrastructure Is The Right Focus

The increased expenditure in infrastructure to INR 5.97L crore is rightfully been directed towards will help make India more competitive by reducing supply chain jobs. It shall also contribute to the growth in jobs and exports.

The Finance Minister also announced that over 20 crores rural Indians in 2,50,000 villages now have access to broadband Internet. With the announcement of support for an additional five lakh WiFi hotspots, the wave of newly connected and digitally empowered citizens will continue to drive user engagement for startups across most domains.

Consumer Internet startups, in particular, will now have access to huge volumes of users in several segments and their challenge will be to ensure that they can prove their value propositions clearly and consistently to these varieties of new users.

The Finance Minister reiterated the commitments made towards healthcare and education infrastructure. The Government’s estimated schematic budgetary expenditure on health, education, and social protection for 2018-19 is INR 1.38L crore, against an estimated expenditure of INR 1.22L crore in 2017-18.

The biggest newsmaker from the budget 2018 came in the form of the massive health insurance programme being introduced for 10 crore poor families, i.e. for 50 crore people, with a yearly limit of INR 5 Lakhs per family. Poor health is an essential ingredient in driving a lot of families into poverty, this scheme is will have a tremendous contribution towards India’s inclusive growth requirements.

This scheme will also, give new momentum to startups in several associated domains such as insurance technology, affordable medical devices, innovations in drug delivery, and cost-effective diagnostics services.

The government has promised to set up 24 new government medical colleges and hospitals to expand capacity. The healthcare industry had hoped that there would be measures to free up the capacity of private colleges to produce more graduates, and this has been a positive step to that end.

The special focus on the 115 aspirational districts is also a welcome development. The spending on health and education along with the social sector has seen a decent increase.

In education, the intent to move from blackboards to digital boards is a clear signal of encouragement to edtech startups. Jaitley said, “The government is set to increase digital intensity in education. Technology will be the biggest driver in improving quality of education.”

With renewed support towards research and teacher training and investment in improving access to education, the fundamental install base of educational infrastructure will most definitely become more robust. This should allow startups in the domain to pursue important value propositions such as technical skill development and training, content development, intelligent content distribution, and improving the job readiness of graduates.

Progress Made In Improving Social Security And Jobs

The Government has committed to contribute 12% of the wages of the new employees in the EPF for all the sectors for next three years, while also reducing women employees’ compulsory contribution to 8%, these moves are positioned to be an integral boost to formal- sector job creation.

After many debates over job-growth, we are finally seeing a policy-focus on employment. However, sufficient incentives have not been given to the labour-intensive services sector, which has the higher potential to create jobs as compared to the capital-intensive manufacturing sector.

Fiscal Performance And Policies Are A Concern

After many promising announcements, the past performance in the fiscal aspects came as a cause for concern. 2017-18 will see the government receiving GST revenues for only 11 months and therefore, the spending has been contained at the same level as budgeted. But the fiscal deficit will go up to 3.5% of GDP as against the promised 3.2% and 18-19, 3.3%.

The market had expected a higher fiscal deficit, hopefully, this should go up.

On the taxation front, the Union Budget 2018 has been a disappointment. The Finance Minister reasoned that demonetisation resulted in increased buoyancy in personal income tax collection from 1.1 in 2016 to 1.95 and 2.11 in the two succeeding years, leading to INR 90,000 Cr in excess revenues.

He claimed that business persons do not pay higher taxes in comparison to the salaried class, which is an excuse for the underwhelming policy change that fails to reward the honest tax-paying salaried class and expands the dishonesty premium for the business class.

The government has not kept the promises of reducing the corporate tax rate from 30% to 25%. The established turnover limit to avail this diminished rate has gone up from INR 50 Cr to INR 250 Cr, increasing the proportion of companies/startups covered by this rate to 99% of all taxpaying corporates. This statistic fails to convey the ground reality that the majority of taxes collected come from the balance 1%, whose rates remain at 35% with an additional burden coming this year in the form of a surcharge.

Furthermore, the cess has been increased from 3% to 4%. The manufacturing sector depreciation stands at INR 65K crores and must be brought down. Without this, capital and not labour is incentivised. The effective tax rates in the automation intensive manufacturing sector stood at 24.75% and the employment-intensive services sector at 28.73%, not auguring well for job growth.

Another disappointing measure comes in the form of taxation of LTCG at the rate of 10% for gains exceeding INR 1 lakh. This will have an adverse impact on the net returns earned, hurting investor sentiments. This has come as a shock, as people were expecting that this issue would not be raked up in the final full budget by the NDA government.

Coming as it does when large sums are entering mutual funds, this could have been prioritised a couple of years later.

Overall the Union Budget 2018 expectedly focuses on the vulnerable strata of society – the electing majority, and barring a few token perks, does not provide any promising news for the corporate sector. At a time when countries like the United States are reducing corporate tax rates from 40% to 21%, Indian Industry should be able to compete on a global scale.

India is already plagued by a very high cost of capital and the lack of support from the government is pointedly debilitating, not only to the growth of these industries but also to job growth and the economy in general.

However, I would rate this budget 9 out of 10, primarily due to the fact that vulnerable sections of our society are getting full attention and the outlay on infrastructure, education, and health have gone up.